OAKHURST – It all came together the last two years for Ocean Township’s Andrew Seager. 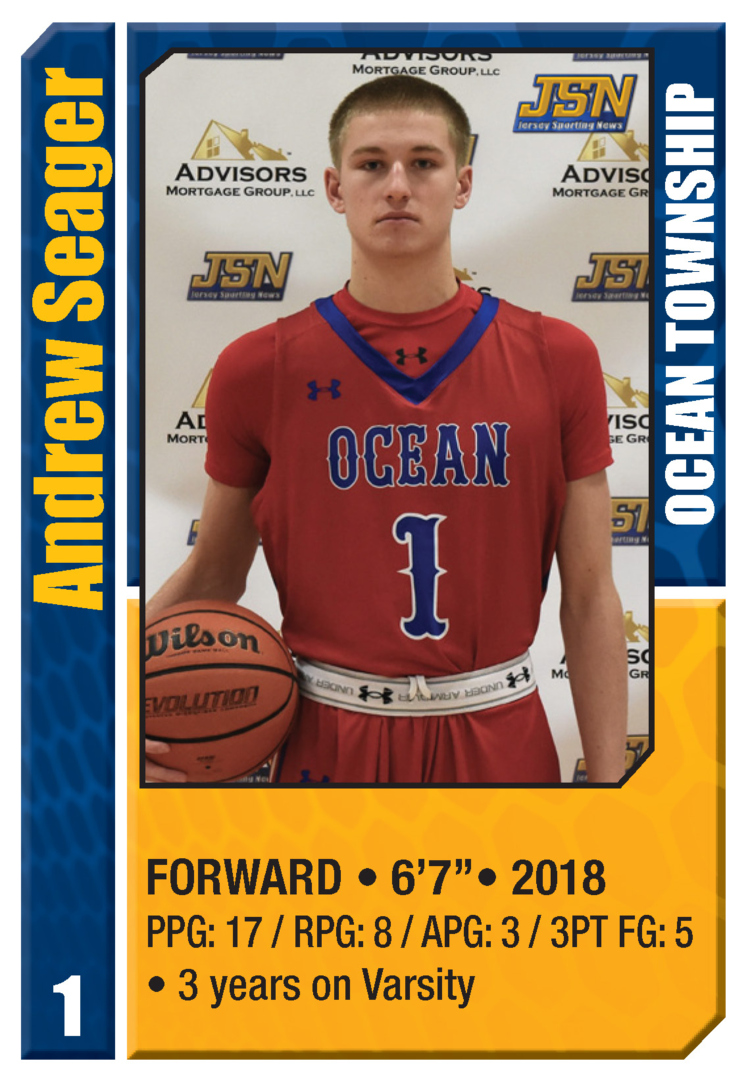 Seager had a remarkable senior campaign, scoring 610 points – good for 21 per game – and 6.8 rebounds per game.

“He’s definitely the most talented player that I’ve coached since I’ve been here,” Ocean Township head coach John Terlecsky said, who just completed his tenth season leading the program. “He’s the team captain he’s put the team on his back because every game teams are zoning in on him but he still finds a way to put the ball on the hoop. It’s really amazing that he put up the numbers that he did.”

Seager was also top 10 in the Shore Conference in scoring as a junior, averaging 16.5 points per game. He scored over 1,000 points during his junior and senior years, having only scored 60 points as a sophomore.

“He played JV as a freshman and he played for us a little bit as a sophomore,” Terlecsky said. “That’s when we really noticed his talents.”

Seager played forward for Ocean Township, and shot 59 percent from inside the arc in both his junior and senior seasons. He grew three inches the summer leading up to his senior year, and standing at 6’7” certainly helped elevate his game.

“He was already playing at that level, and I think those three inches just gave him that boost and turned him into a different ballplayer,” Terlecsky said. “He was already headed there, but that was the additional perk needed.”

When asked if this was the best individual season he has seen from one of his players, Terlecsky agreed without hesitation.

“We’re a program built on defense and a blue-collar mentality and we haven’t had a skill guy at Andrew’s level, especially at his size,” Terlecsky said. “For me it was a fun new challenge because we needed to create new ways to get him the ball the last two years.”

Seager is still pondering his collegiate options, though Terlecsky did note he scored highly on the ACT, and there is some interest from Ivy League teams. There is also a possibility of him going the Division II route, but he is waiting for the right opportunity.

Regardless of where he goes next, he will forever be tied to the Ocean Township boys basketball program.

“Andrew is probably the most talented player to come through Ocean, even thinking back to when I was playing in the early 90s,” Terlecsky said. “He’s that unique of a player and he’s certainly going to be missed. I’m having to come to terms with that now because having a 6’7” kid on your team is a luxury, and one as dynamic a scorer as him just made it that much more fun as a coach to have that kind of player.” 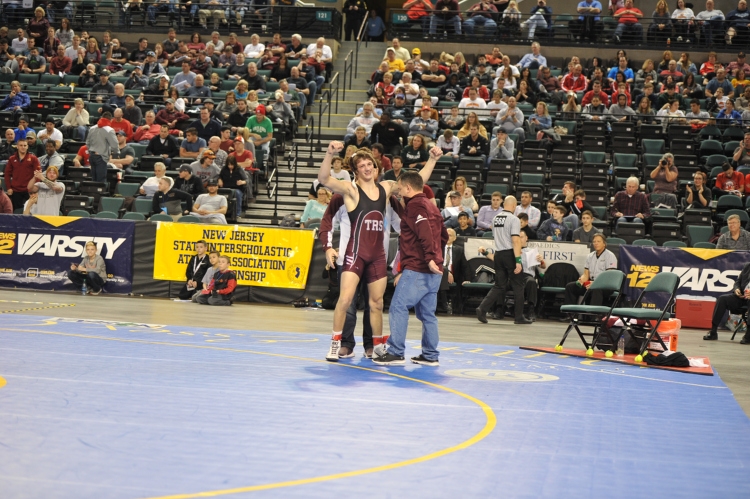