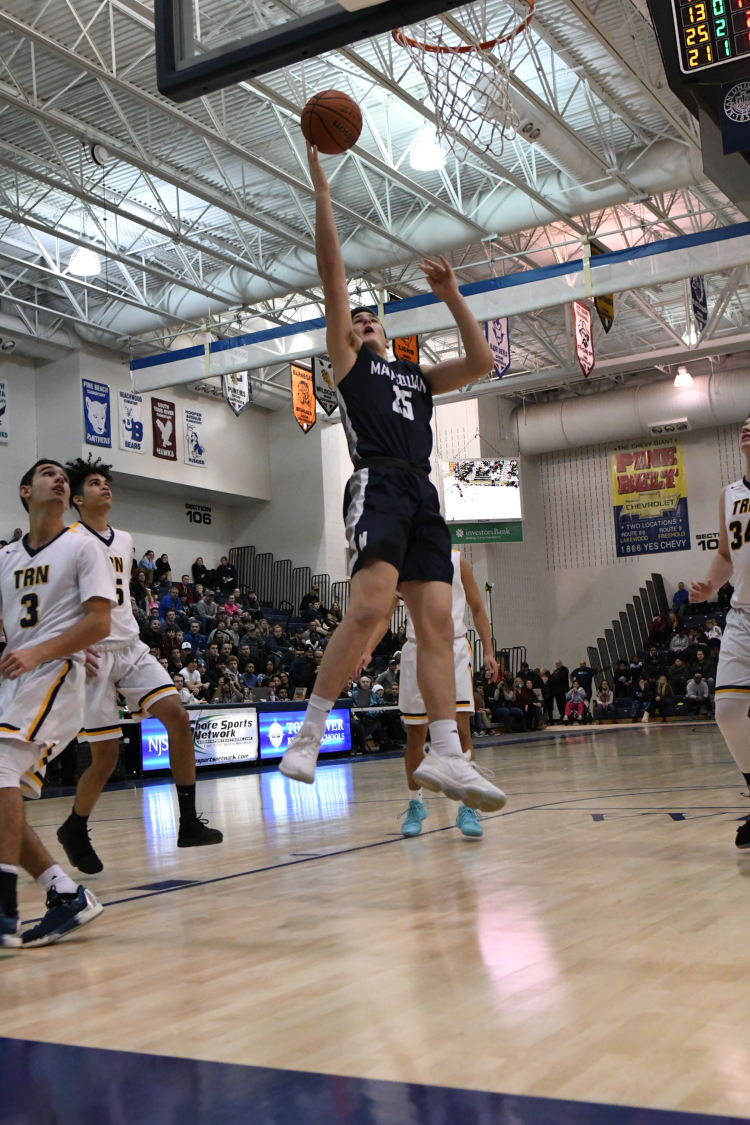 Neptune (17-4, 13-1) has won eight in a row including their 53-36 statement-making win over CBA on Tuesday and a 56-42 win over division rival Colts Neck on Thursday. With CBA’s loss to Marlboro on Friday, the Fliers clinched the outright A North title. They’ve won eight straight since their loss to Montclair Immaculate – ranked fifth in the Super Essex Conference – on Jan. 21. The Fliers were seeded fourth in Central Jersey Group III and will host No. 13 Westampton Tech.

Christian Brothers Academy (14-6, 12-2) had won 10 games in a row before hitting a rough patch that cost them the A North title dropping three of their last four games, including losses to Neptune and Marlboro. As the No. 5 ranked team in the Shore, the Colts were awarded the second seed in the South Jersey Non-Public A tournament and will host the winner of the No. 10 seed Saint John Vianney at No. 7 seed RBC game.

Colts Neck (15-4, 10-4) went 2-2 down the stretch including knockout blows by CBA, 54-34, and Thursday’s 42-36 loss to Neptune. Even with those losses, the sixth-ranked Cougars still managed to grab the No. 1 seed in Central Jersey Group IV and will host No. 16 Monroe in the opening round.

Marlboro (11-8, 8-6) upset CBA on Friday denying the Colts a share of the A North title. The Mustangs have been in and out of the top 10 most the season but have been hot as of late winning four in a row to close out the regular season. As an eight seed in the upcoming Central Jersey Group IV tournament, the Mustangs will host No. 9 Middletown South in the opening round.

Howell (10-9, 5-9) finished the A North regular season in fifth place ending on a sour note losing four of its final five games. As a No. 10 seed, they’ll travel to seventh-seeded Cherokee in South Jersey Group IV.

Rumson-Fair Haven (18-1, 11-0) beat St. John Vianney Friday night for their 15th win in a row and also clinched the outright A Central championship in doing so. Ranked third in the Shore Conference, the Bulldogs received the No. 1 seed in Central Jersey Group II and will host No. 16 seed North Plainfield in the opening round.

Since its 56-34 loss to division rival RFH, Matawan (17-3, 10-2) has reeled off six wins in a row to cement its No. 9 ranking in the Shore Conference. The Huskies were seeded seventh in Central Jersey Group II and will host No. 10 Lincoln in the opening round.

Saint John Vianney’s (10-12, 6-6) loss to RFH Friday night cost them a trip to the SCT but they seeded tenth in the South Jersey Non-Public A tournament and will travel to play No. 7 RBC in the preliminary round.

Toms River North (19-3, 14-0) continues to exceed expectations with their only loss in their last 14 games coming in a 59-56 defeat to Hunterdon Central – ranked No. 3 in the Skyland Conference – back on Jan. 27. They’ve clinched the A South for the second year in a row and have won five in a row since that loss and have climbed to No. 8 in the Shore Conference rankings. They were handed the No. 2 seed in South Jersey Group IV and will host No. 15 Vineland. 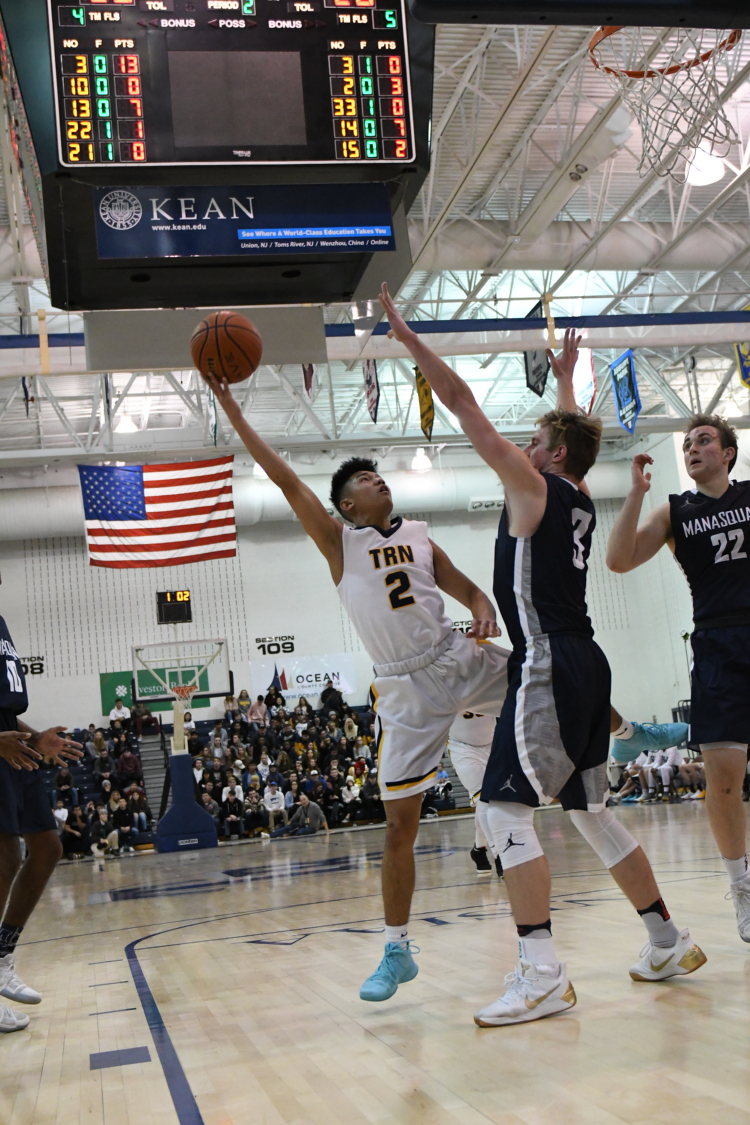 Toms River East’s (12-9, 9-5) 85-66 win over Brick Friday night moved them into a three-way tie for second place in the A South. The Raiders have won four games in a row heading into the South Jersey Group III tournament and as the No. 8 seed will host No. 9 Mainland.

Brick’s (13-6, 9-5) loss to TRE on Friday dropped them out of sole possession of second place heading into the state tournament. As the ninth seed in Central Jersey Group III, they’ll travel to play No. 8 seed West Windsor-Plainsboro North.

Brick Memorial (11-10, 9-5) tied for second in the A South. They picked up a win Thursday beating Jackson to break a three-game losing streak. As the No. 5 seed in South Jersey Group IV, they’ll travel to No. 5 Rancocas for a first-round game.

Manasquan (16-4, 12-2) clinched the B North title a while ago but the Warriors lost two big games in the past week, losing to RFH, 56-45, on Saturday then falling to Middletown North, 67-58, on Tuesday. They’re still ranked seventh in the Shore and received a No. 2 seed in Central Jersey Group II and will host No. 15 Delaware Valley in the opening round.

Red Bank Catholic (14-7, 9-5) – ranked 10th in the Shore – finished three games back of Manasquan in second place but has stumbled a bit heading into the state tournament losing three of four games as of Friday. As the seventh seed in the South Jersey Non-Public A tournament, they’ll host No. 10 SJV.

Ocean (14-9, 8-6) lost to Middletown South, 58-48, dropping them into a three-way tie for third place in the B North. As the No. 7 seed, the Spartans will host No. 10 Lakewood in the first round of the Central Jersey Group III tournament.

Middletown North (10-10, 8-6) had two must-wins to qualify for the SCT beating Manasquan and Wall in their final two games of the regular season. They were given a tenth seed in North Jersey Section 2, Group III and will travel to No. 7 Governor Livingston.

Middletown South (11-10, 8-6) beat Ocean on Friday to break a five-game losing streak and join the three-way tie for third place. The Eagles will travel to No. 8 seed Marlboro as the No. 9 seed in Central Jersey Group IV.

Ranney (19-4, 14-0) clinched the division last Monday beating Mater Dei, 65-61, for their second win over the Seraphs this season. They’re ranked fourth in the state and have been the Shore Conference’s top-ranked team since preseason polls were released. As the No. 2 seed in South Jersey Non-Public B, they’ll host No. 15 Wardlaw-Hartridge. 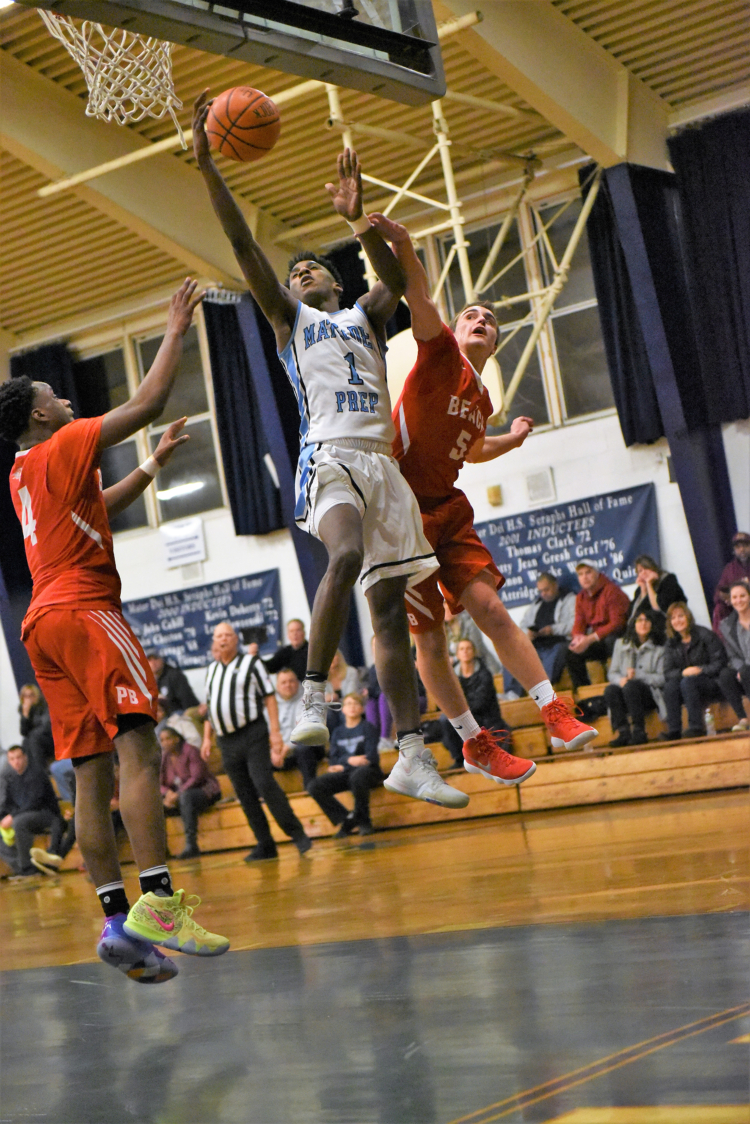 Mater Dei’s (17-3, 11-2) only other loss of the season was 10-point defeat to Roman Catholic (PA) – ranked fourth in Pennsylvania. They were given a No. 3 seed in South Jersey Non-Public B and will host No. 14 Holy Cross.

Point Pleasant Beach (14-6, 10-3) has won seven games in a row and has a huge game with Mater Dei Saturday to see if they can pull the upset and jump into a second-place tie with the Seraphs. As the No. 3 seed in Central Jersey Group 1, they’ll host No. 14 Stem Civics.

Point Boro (14-4, 11-2) has clinched a tie for the B South title and can secure the outright title Saturday with a win over Pinelands. The Panthers have won three of four games and head into the state playoffs as a No. 4 seed in South Jersey Group II, hosting No. 13 Medford Tech in the opening round.

Lakewood (14-8, 11-3) can share a piece of the B South title if Point Boro loses to Pinelands on Saturday. The Piners have won three in a row to close out the regular season and were given a 10 seed forcing them to travel to No. 7 Ocean in the first-round game of the Central Jersey Group III tournament.

Barnegat (16-5, 10-4) closed out the regular season with eight straight wins including a 56-46 upset over division leader Point Boro last Monday. As the No. 9 seed in South Jersey Group II, the Bengals will travel to eighth-seeded Middle Township for an opening-round game.

Pinelands (12-8, 9-4) can jump into a third-place tie with Barnegat if they can upset division leader Point Boro on Saturday. The Wildcats were seeded fifth in South Jersey Group III and will host No. 12 Gloucester Tech.