MANASQUAN – It’s been a whirlwind season so far for Manasquan’s record-breaking attackman Canyon Birch as he continues to shatter one New Jersey career and single-game scoring mark after another while leading the undefeated Warriors (16-0) to the No. 5 ranking in the state.

His most recent milestone moment came Tuesday when he passed A.L. Johnson great Matt Poskay, who was a two-time All-American at the University of Virginia and is now the Montclair State men’s lacrosse coach, as the state’s all-time leading goal scorer with a staggering career total of 363 goals and counting.

In April, he eclipsed Poskay’s 17-year-old record of 468 career points when he scored five goals and added two assists bringing his career point total to 474 and counting.

In last season’s NJSIAA South Jersey Group 1 championship game when the Warriors beat Madison, 15-8, for their second sectional title in three years, Birch scored six goals and had five assists for 11 points to break Teddy Hatfield’s (Morristown-Beard) single-season points record of 170 finishing the day with 174 and finishing the season with 175 points.

Birch has already smashed every Shore Conference scoring record available to him including career goals, career points, single-season goals and single-season points. He’s still chasing the only record left for him to disintegrate – Poskay’s single-season goal record of 129.

Manasquan defeated long-time rival Rumson-Fair Haven, 14-4, Thursday advancing to the Shore Conference Tournament final as the two-time defending champions. Birch had three goals and two assists bringing his career totals to 366 goals and 515 points. His three goals Thursday gives him 92 for the season, 39 behind Poskay’s record with an undetermined number of games still to be played depending how far they go in the state playoffs.

“I’m really not worried about the goals record as much as going as far as we possibly can (in the state playoffs),” said Birch. “If we can get the T.O.C and I don’t get the goals record I’d be fine with that. I just want to do something for my team.”

The Warriors took Rumson down earlier this year making it the first time they’ve ever swept the Bulldogs in a season.

When you speak with Birch he comes off as an unassuming, laid-back dude who’s unaware of, or doesn’t care about, all the justifiable hype that surrounds him, but at the same time it’s hard for him to ignore.

He’s now being labeled as the “best high school boys lacrosse player in the history of the sport.” He understands the implication of such a statement and is honored by it, but he tends to brush it off as no big deal and would rather spend his time strategizing ways he can get his team to the Tournament of Champions and win it.

“It’s awesome and a great feeling hearing that,” said Birch. “But it’s also a great confidence booster and I kind of look at it as each time I step on the field I know I have to perform to live up to that hype and that only motivates me more to help the team get to where we want to get.”

Manasquan head coach Sean Cunningham has witnessed Birch’s reputation soar during the four years that he has been coaching him and he understands the hype surrounding him.

“When you find yourself in this position where you’re breaking these records, the conversation is certainly warranted,” said Cunningham of Birch’s best-player- ever status. “It’s up to whoever’s having those conversations to decide whether or not he is. The important part is and the thing I’ll take away from it is, anytime you’re in that conversation you’ve done something right and you’re there because you’ve accomplished a lot and you’re in the forefront of people’s minds.

“Very nonchalantly for the most part,” Cunningham said when asked how Birch is handling all this fanfare. “He’s just very focused on the task at hand which is the game, winning the game and moving on and success as a team. It’s never been a distraction or anything of that nature and if anything it’s just been very matter of factly done by him where if he breaks a mark it’s, ‘Okay we got the game ball, now let’s keep playing.’ That’s really all he wants, to play and to play hard and win games.”

It’s ironic that Birch started playing lacrosse as a defenseman in the third grade trying to prevent goals before switching to attack in sixth grade and going on to become the most prolific scorers in New Jersey high school history.

“By learning to play lacrosse with a long pole, it helped me out a lot early in my career,” said Birch. “I had some growing pains early on but it turned out okay.”

Birch got to play with his older brother Jarrett, who was a first-team All-State selection his senior year at Manasquan (2017) and is currently Furman University’s leading scorer, his freshman and sophomore seasons and credits Jarrett for getting him involved in the sport.

“Jarrett got me into it,” said Birch. “Jarrett was great to have because he was always there to shoot with me in the yard and motivate me instead of being lazy and it was kind vice versa me with him. He taught me so much and now that he’s at Furman he’s still teaching me. Everything he learns at school he kind of brings back to me to helps me out.”

Birch still uses his brother’s 2017 Manasquan team, which finished ranked No. 1 in the Shore and No. 9 in the state when he was a sophomore, as the gold standard and strives to emulate that team.

“That 2017 class were all so helpful with just the experience they had and the way they helped us all adapt to the program so well my first two years,” he said. “As good as they were, they welcomed us with open arms and we learned so much from them.”

A second-team All-State selection as a sophomore and first-team All-State last year, as well as being named the Shore Sports Network lacrosse Player of the Year, Birch was an All-Shore running back and linebacker rushing for 1,290 yards and 17 touchdowns while recording 76 tackles, 18 TFL, three sacks and three forced fumbles.

“I started playing football first actually before I started playing lacrosse,” said Birch. “I’ve always loved football; it’s always been a big passion of mine and it was a factor in my college decision because I wanted to be around a big-time college football atmosphere.” 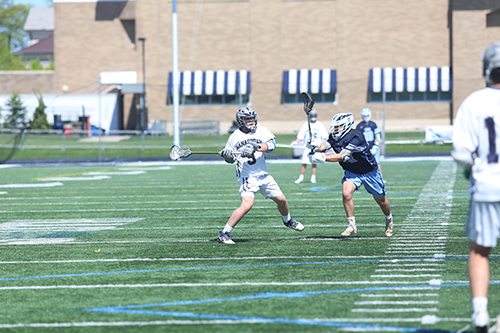 Birch is committed to Penn State University to continue his lacrosse career so he’ll definitely get the college football experience he’s looking for while playing for one to the top collegiate lacrosse programs in the country.

Penn State (14-1) is currently ranked No. 1 nationally and is the No. 1 seed in the upcoming NCAA Men’s Lacrosse tournament.

The two-sport star athlete feels he benefited from playing both sports. “They both helped. As a running back in football I had to use my vision to find holes and that helped my vision on the lacrosse field finding people and cutting and things like that.”

Manasquan won the program’s first-ever sectional championship in 2016 when Birch was a starting freshman and repeated the feat last season when they beat Madison, 15-8. However, they’ve failed to capture the overall Group title in either of those years, falling to Chatham in 2016 and Mountain Lakes last season.

That’s first and foremost on Birch’s mind as they enter the postseason with the T.O.C. title looming as the prize at the end of the tunnel.

“That’s the goal, that’s the number one thing we’ve always looked forward to growing up before we got to high school,” said Birch of his dream to go out as the team No. 1 in New Jersey. “Now that we’re seniors it’s our last chance to do it. That would be something really special because we’ve never done that as a program and as a senior class we want to leave this program as we found it.”

As phenomenal a player as Birch has proven to be, Cunningham is still taken aback by the degree of success Birch has been able to achieve on the lacrosse field.

“In terms of the numbers, it’s hard to say because they are astronomical numbers,” said Cunningham when asked if ever envisioned Birch having the career he’s had. “Did I think that he could do it? Absolutely. We knew coming in that he was prodigiously talented but he’s also worked extremely hard and has an incredible work ethic. He’s a very focused, goal-oriented individual that has the talent to back it up. So, in retrospect, when you stop and reflect, it is truly remarkable what he’s accomplished and I’m just very proud of him and honored to be part of it.” 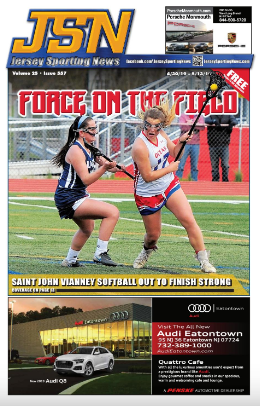 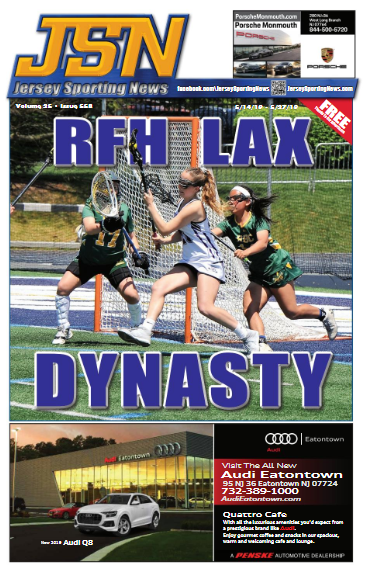