The New Jersey Devils came into Sunday afternoon's game at the Prudential Center in Newark, New Jersey with the Washington Capitals, sitting in seventh-place in the MassMutual East Division. Lindy Ruff's team had not won a single game in seven tries (0-5-2) against Peter Laviolette's Caps team, this season and were looking to reverse that trend.

However, that would be hard to do, as 'Jersey's Team' entered Sunday's game without their captain and top-line center Nico Hischier and winger Nathan Bastian. Bastian has been out since Mar. 18 with an MCL strain and, according to CBS Sports, is targeting a mid-April return. There is no timetable for when Hischier might return to the team, but NHL.com recently reported that New Jersey's captain has resumed "workouts and cardio activity."

Without any further ado, let's dive into the Devils' Easter Sunday battle with Alex Ovechkin and the visiting Washington Capitals.

The Devils opened the scoring thanks to a pass from 2020 offseason-signing, Ryan Murray right wing Nick Merkley who was ready to enter the Caps' defensive zone. Merkley took Murray's pass and skated deep into Washington’s defensive zone, while the Devils veteran center Travis Zajac slipped into the slot.

Merkley found Zajac with a pass and Zajac unleashed a one-time slap-shot that beat Caps goaltender Ilya Samsonov for his sixth of the year. Zajac, 35, has played each of his 15 NHL seasons with the New Jersey Devils and his opening goal on Sunday was his 202nd career goal, which tied him with retired center Bobby Holik for third-all-time in Devils history. It was also the 53rd time Zajac has scored the opening goal of an NHL hockey game, which tied him with a Devils' franchise record that was set by Hall-of-Fame forward, Patrik Elias.

Travis Zajac scored 3:17 into the first period to give the @NJDevils a 1-0 lead. He has scored the opening goal of a game 53 times in his career, the second most in franchise history behind Patrik Elias (73). #NHLStats: https://t.co/9uzjcQUEsP https://t.co/5ZEMAIQdsz

Not long after the Devils opened the scoring, the Caps struck back, when T.J. Oshie received a pass and flew by the Devils defense on a breakaway with Devils goaltender Mackenzie Blackwood. Oshie deked Blackwood and lifted a backhand shot over the Devils netminder, tying the game at one for the Capitals.

Later on in the first period, the Devils' 2019 first-overall-pick, Jack Hughes passed to Pavel Zacha, who unleashed a one-time slap-shot. Samsonov slid over and just barely got enough of the puck with his glove to keep this Easter Sunday game scoreless heading into the first intermission.

At 4:21 gone by the Caps got the go-ahead goal on a one-time slap shot by Conor Sheary. The two-time former Stanley Cup Champion scored because his shot deflected off defenseman Damon Severson and changed course before slipping past Blackwood.

The Caps showed why their power play is ranked seventh in the NHL when cTenter Nicklas Backstrom let a wrister go from the right circle on the power play. Backstrom's shot slipped through Blackwood’s pads and trickled into the goal front where Ovechkin beat the player covering him and stuffed home the rebound for his 265th career power play goal. With this power play goal, 'Ovi' tied NHL Hall-of-Famer Brett Hull for second on the all-time list for power play goals and is just nine away from reaching the record held by former Tampa Bay Lightning captain and NHL Hall-of-Famer Dave Andreychuk.

Late in the second period of Sunday’s game, Jersey’s 23-year-old center Yegor Sharangovich scored a highlight-reel goal. Sharangovich entered the Caps’ zone with speed, backed up the Caps defenseman, which allowed the 23-year-old to unleash a wicked wrist shot that hit the back of the net before the Caps’ young Russian could say "wait!"

In the third period, 32-year-old Carl Hagelin and Evgeny Kuznetsov scored for the Capitals, which gave Washington a 5-2 lead early in the third period. Midway through the third period, Jack Hughes gained possession of the puck away from two Capitals and went in on a two-on-one with Damon Severson. Hughes sent a back-door pass which Severson was able to get on net but Samsonov managed to make a very clutch save.

What a save by Ilya Samsonov😍pic.twitter.com/W8cRbdPtev

The Devils scored and cut the deficit to two goals when Pavel Zacha went behind the Capitals net, retrieved the puck and passed to Jesper Bratt, who scored his sixth goal of the season. Zacha's assist was his 20th point of the season, which leads the Devils this year. Travis Zajac scored the final goal of the game. The goal happened when Devils’ right winger Nick Merkley strode into the Caps zone and sent a pass to the opposite wing for Zajac, who unleashed a one-time slap shot that whistled past the Capitals goalie at the near-post.

Overall, the New Jersey Devils offense showed cohesion on Sunday afternoon against Caps, who are currently in first-place in the Mass Mutual East Division, two points ahead of the New York Islanders. For the Devils, Merkley had two assists and defenseman Ryan Murray added three assists. Ovechkin and Kuznetsov were named the first and second stars of Sunday’s game, while New Jersey’s longest-tenured player, Travis Zajac was named the game’s third star.

For the Devils, there are some good takeaways from this game. The first positive sign is that, New Jersey did not give up after going down 5-2 early in the third period.

Devils' head coach Lindy Ruff was asked what he can take away from Sunday's game.

"If you look at tonight’s game, I thought every player tried to make a difference. You can focus on those individual mistakes or you can focus on all the great things that our guys did to dominate the possession-game and the chances-game. We’ve lacked some finish but, I personally believe in what we’re doing and where we’re trying to get to." - Head coach Lindy Ruff

During last summer, New Jersey Devils signed defenseman Ryan Murray to a four-year-deal. During his last three games, Murray has been on a roll. Sunday's game was Murray's third straight game where he earned at least one assist and his second straight game with two assists or more. The 28-year-old blueliner's plus-six rating is also the best rating on the team.

At the post-game press conference, Devils alternate captain Travis Zajac explained that there were positives to take from the Devils home-ice effort against the Caps on Sunday afternoon.

"I thought it was our best game against them," said forward Travis Zajac""We just didn't end up on top. For three periods [at] 5-on-5 we were really good against them. It's unfortunate we didn't get rewarded tonight, but it was a good effort."

The Devils finished their season series with the Capitals with a 0-6-2 record. Lindy Ruff’s group takes on his former team, the Buffalo Sabres on Tuesday night at the Rock. 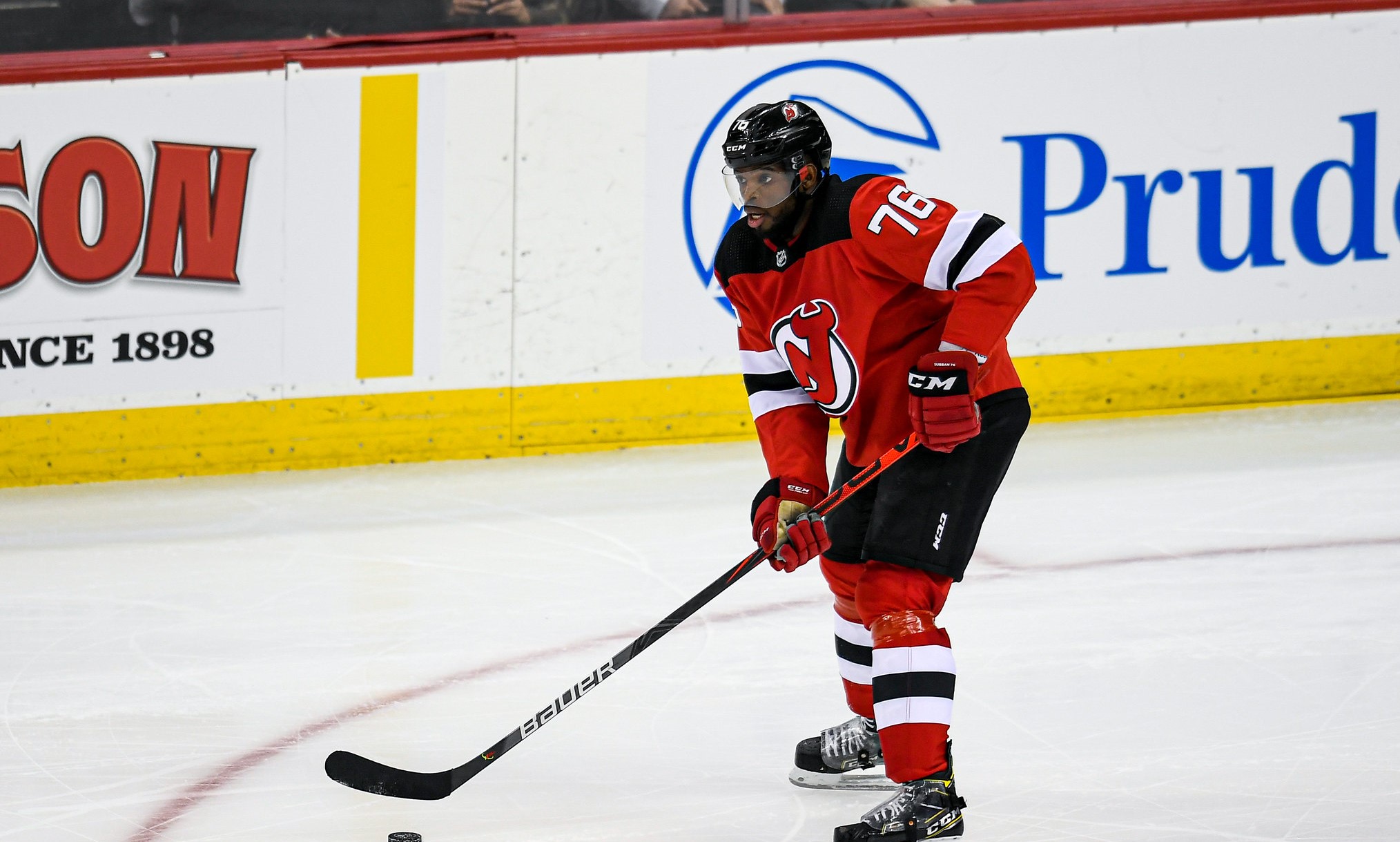 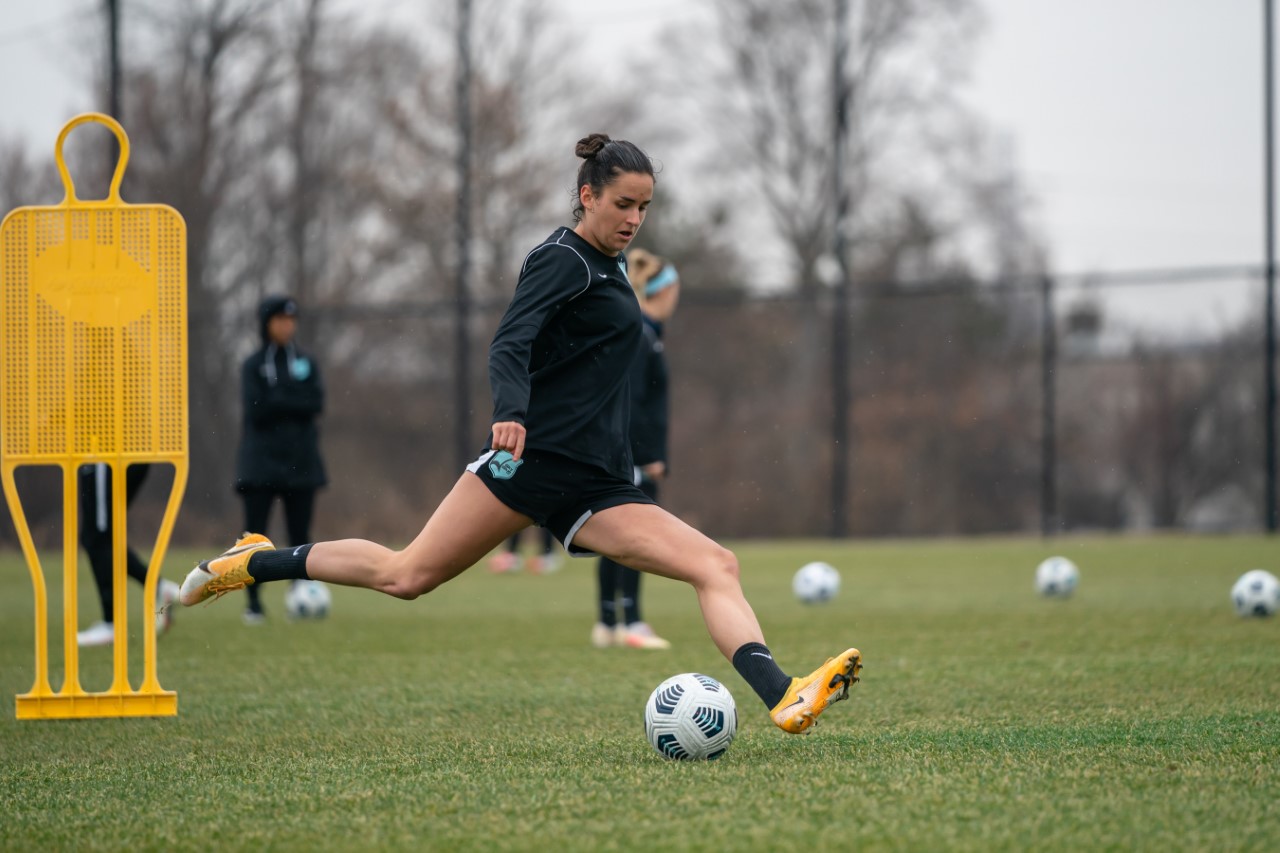