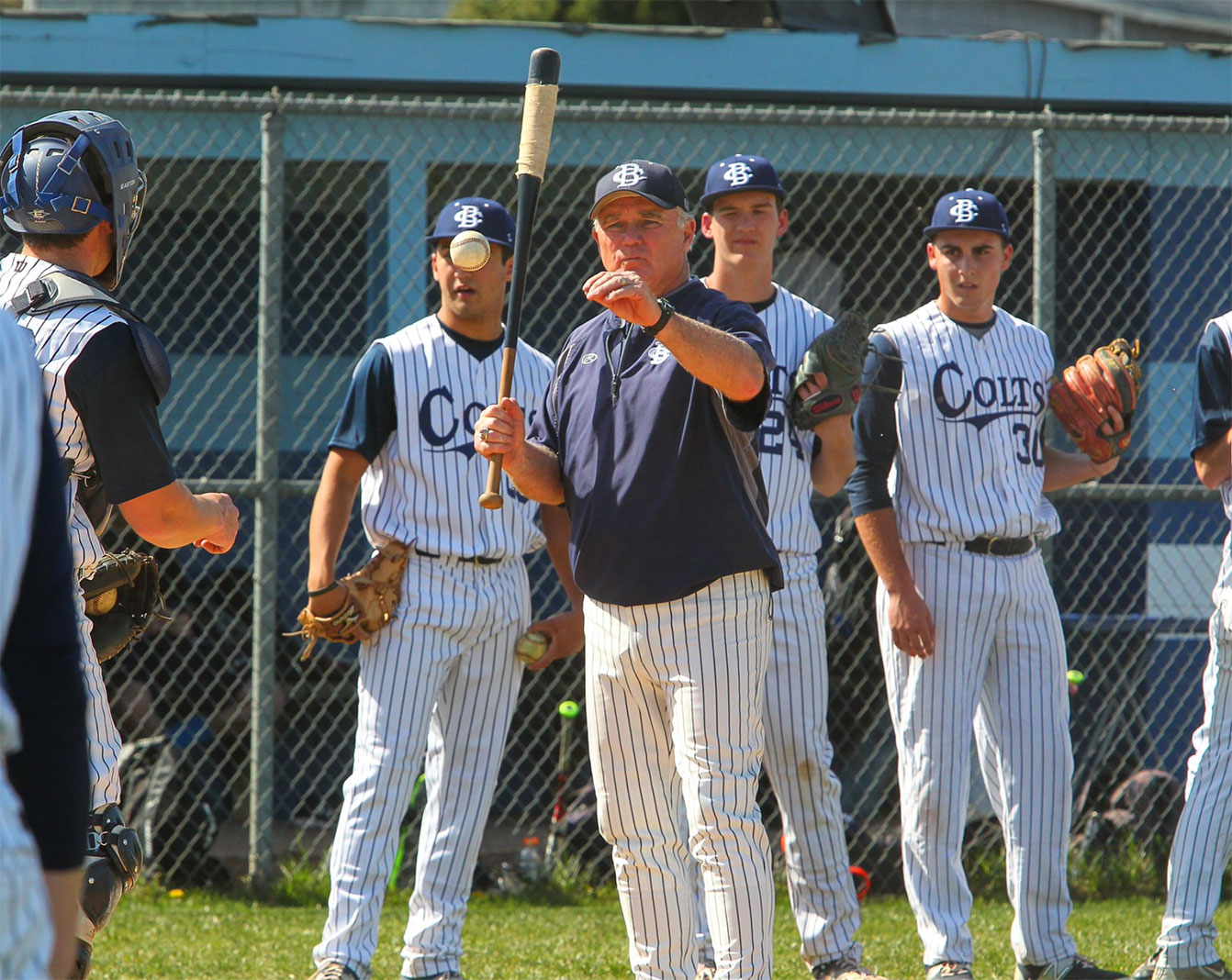 A bases loaded single to left by Tommy Rogers with one out in the bottom of the seventh inning scored pinch-runner Anthony Celestre for a  6-5 walk-off win over Wall on Apr. 14 to hand Kenney the milestone win.

“I knew about it, but in preparation for the game, I kind of lost track of it until my son (assistant coach Marty Kenney, Jr.) came over after the game and congratulated me,” Kenney said. I was wondering why he was congratulating me and then it dawned on me, this in No. 800.”

CBA had three different baseball head coaches between 1961 and 1973 when Kenney took over the reins at the Lincroft high school. The Colts’ first-ever state championship came shortly after in 1977.

In 2015 the Colts became the second team in Shore Conference history to deliver the “quadruple crown,” which includes winning the state, sectional, conference and division championships in the same year.

“We have created a baseball tradition here that has been recognized throughout the state,” said Kenney. “To me, our success is symbolic of the dedication and strong work ethics of those associated with the program. “

In the limelight, Kenney continually deflects praise for his accomplishments to those past and present players and coaches that have come through the program. 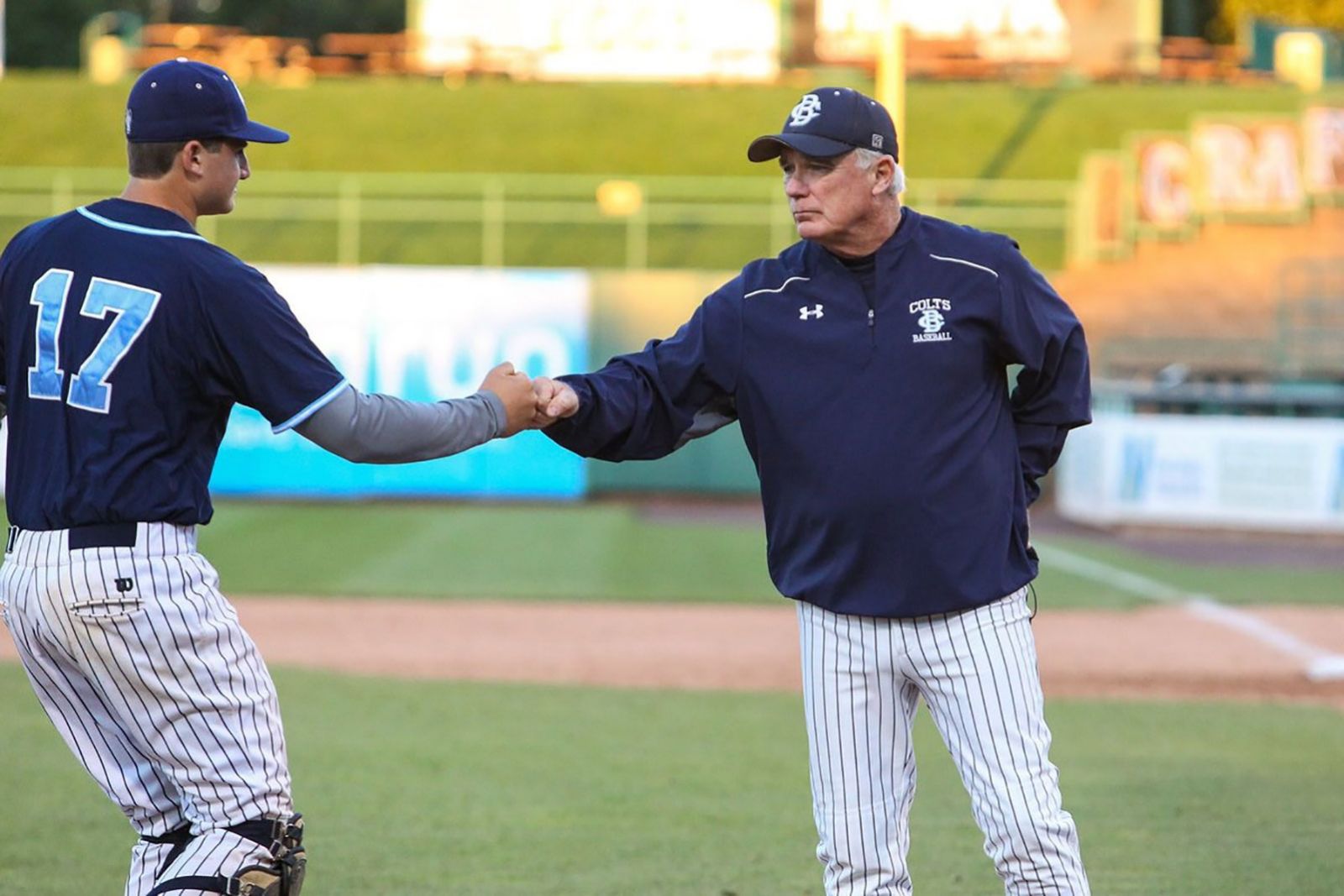 “It’s not something that’s really important to me,” said Kenney of his milestone. “You know you’re going to get it sooner or later. But it means a lot. It symbolizes a lot of hard work on the part of many people – all my past players, my assistant coaches not only at the varsity level but all three levels. I’ve had the opportunity to coach my sons, as well as they coached with me. That’s been a privilege.”

Close to 20 former Colts are currently playing college baseball, with over half playing at the Division I level, including 2015 alumni Brandon Martorano and Gianluca Dalatri, both now playing at the University of North Carolina.

Martorano is the Tar Heels starting catcher and is currently second on the team with seven home runs, while Dalatri is possibly out for the year after being diagnosed with a stress reaction –

“Each team presents a new challenge,” Kenney said. “It’s about working with young people and hopefully giving them the tools to help them succeed in life.

“I’ve always said the day that I get up and don’t want to go to practice, because I probably enjoy practice more than game because you get to teach and work with the kids. When that day comes, then I’ll know it’s time to move on and let someone else take over.”