Monday night, the New Jersey Devils welcomed the Ottawa Senators to the Prudential Center in Newark for the first time in over two years. New Jersey had a 9-9-4 record coming into a crucial game, trying to end a three-game losing streak.

Monday night's game between the New Jersey Devils and Ottawa Senators was "Video Game Night" at the Prudential Center, but this game was anything but virtual reality for a Devils squad who were looking to end a three-game losing streak and remain in contention in the Metropolitan Division.

Despite their recent struggles, 'Jersey's Team' were back on home ice where they had gone 6-4-2 in 2021. Before tonight the Devils had not scored first in any of their previous three games, but that would change on a Monday night smackdown with the Senators.

New Jersey's head coach Lindy Ruff started a first line centered by Captain Nico Hischier with Pavel Zacha on the left wing and Bratt on the right. This line matched up well in the first period against Ottawa's top line that was centered Josh Norris (10) and had Brady Tkachuk and Drake Batherson on the wings.

35 seconds into the game's first period, the Devils were in the offensive zone and controlling the play. Devil forward Jesper Bratt controlled the puck at the Sens' blueline and passed to Jonas Siegenthaler Siegenthaler took a wrist shot that missed wide of the net and the puck bounced off the boards where it was picked up by his partner, Damon Severson. Severson flung a high wrist shot that sailed past Ottawa's goalie, Anton Forsberg, who was being screened.

The goal was the third of the year for Severson, who is the Devils' longest-tenured skater and Bratt's team-leading 14th assist of the season.

1 minutes into the period, Hughes, playing in his fourth game since returning from the injured list, nearly had his first assist since coming back. 'Jersey Jack' passed over to Yegor Sharangovich who shot low but was denied by the right pad of Forsberg. The Devils came away from the first period with a 1-0 lead and having outshot the Sens 9-7 in what was their best first period in their last four games.

Scoring Heats Up in the Second Period

The Devils continued to control the game early in the second period. Then, seven minutes in, Jesper Bratt turned the puck over to the Senators in his defensive zone. Tkachuk passed to Batherson who scored a hard wrister over Blackwood's right shoulder to tie the game at one.

However, the Devils kept their heads up and less than a minute later, they responded. The Devils were controlling the puck in the offensive zone, when Ty Smith passed over to PK Subban who took a wrist shot from the point. PK's shot was tipped in by Nathan Bastian and gave New Jersey a 2- lead.

How selfless of Bastian. Gifting us a goal on HIS birthday. pic.twitter.com/BECDGl8pHk

Bastian's redemption is a good story, since the Devils claimed the winger off waivers on Nov. 25, according to the Devils team website. It was nice that Bastian was able to celebrate his 24th birthday by scoring a goal, back on home ice and it was a crucial goal as well.

With seven minutes to go in the second, sloppiness crept into the Devils game. At almost 13 minutes into the period, Bratt turned the puck over in his own defensive zone to Senators defenseman Nick Holden who controlled the puck and dumped the puck behind the Devils net. Sens first line winger, Batherson was somehow behind the net and passed to Tkachuk who took a quick one-time shot that beat Mackenze Blackwood, just inside the post.

It was a good response from the visitors to tie the game-- not once but twice-- and a part of the Devils defensive game that they would need to clean up. With two minutes to go, Ottawa took a shot from the point which deflected off a Devil defenseman and onto the stick of Chris Tierney who was one-on-one with Blackwood. However, the Devils goaltender slid over quickly and was able to stop the Sens from ruining video game night at the Prudential Center.

After the Devils controlled the first period and limited the Senators to just six shots on goal, the Sens were able to tie the score twice in the second period, but all was not lost for New Jersey.

The first scoring chance of the final frame of play came New Jersey's way because the Devils third line went to work on the Sens defense. Forward Tomas Tatar won the puck behind the Sens net and passed in front to Jimmy Vesey. Vesey shot quickly and the goalie made a good save. The rebound popped back out to Vesey, who moved around and shot for the open net and his second attempt was blocked by a Senators defenseman.

The Devils dominated possession throughout overtime and their first chance came when Bratt passed to Zacha in front of the net, but the play was broken up by the defense.

The Devils tried once more, when Hughes feathered a pass ahead of Nico Hischier, who redirected the puck on net, but was stopped by Forsberg. Because neither team could find a game-winner in overtime the game went to shootout.

In the Shootout, Tim Stutzle scored the Sens' first attempt, but Tatar held serve. Norris scored the Sens second attempt, but Bratt missed for the Devils, leaving the game on the Devils top point scorer's stick, Andreas Johnsson. Johnsson came down the center and tried to go high over Forsberg but the Swede would not be outdone by his countryman and the Devils went down 3-2 in the shootout.

In the end, the Devils played much better on Monday night then they had in the last four games. The Devils kept the Senators top goal scorer off the scoresheet and played a much more disciplined game defensively. Head coach Lindy Ruff provided insight on how his team played.

There were a lot of parts of our game I liked, from a defending standpoint and doing some good stuff in the offensive zone, but we didn't get rewarded. That's probably a game that you have to win 2-1.

While the Devils played a great first period defensively, they did surrender two leads in the span of five minutes the second period, which Ruff described.

The support plays, second effort plays, I thought we had a lot of those breaking out of our zone. On the goal it's a good example of paying a little extra price, giving good support and getting back to the front of the net."

Nathan Bastian scored the Devils second goal of the game, in just his sixth game since being claimed off waivers. The 24-year-old described what New Jersey's offense can do to produce more goals going forward.

Shoot the puck more. There [were] a couple of times [in tonight's game] where guys wished they could've capitalized on a scoring chance and I guess sometimes you get the bounce and sometimes you do. - Nathan Bastian

The Devils next two games are at home against Philadelphia and Nashville; two teams near the bottom of their respective divisions. The Devils next game against a reeling Flyers squad who just fired their head coach is an opportunity for 'Jersey's Team' to end their four-game losing streak. 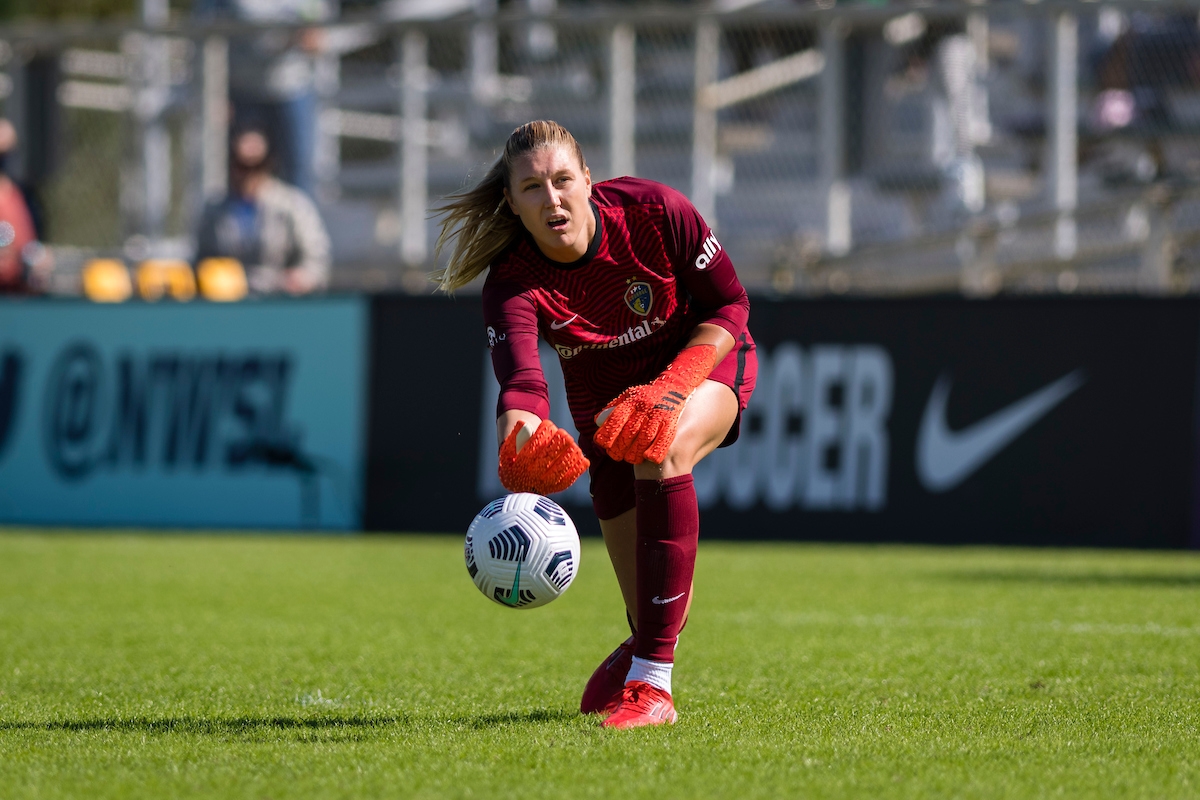 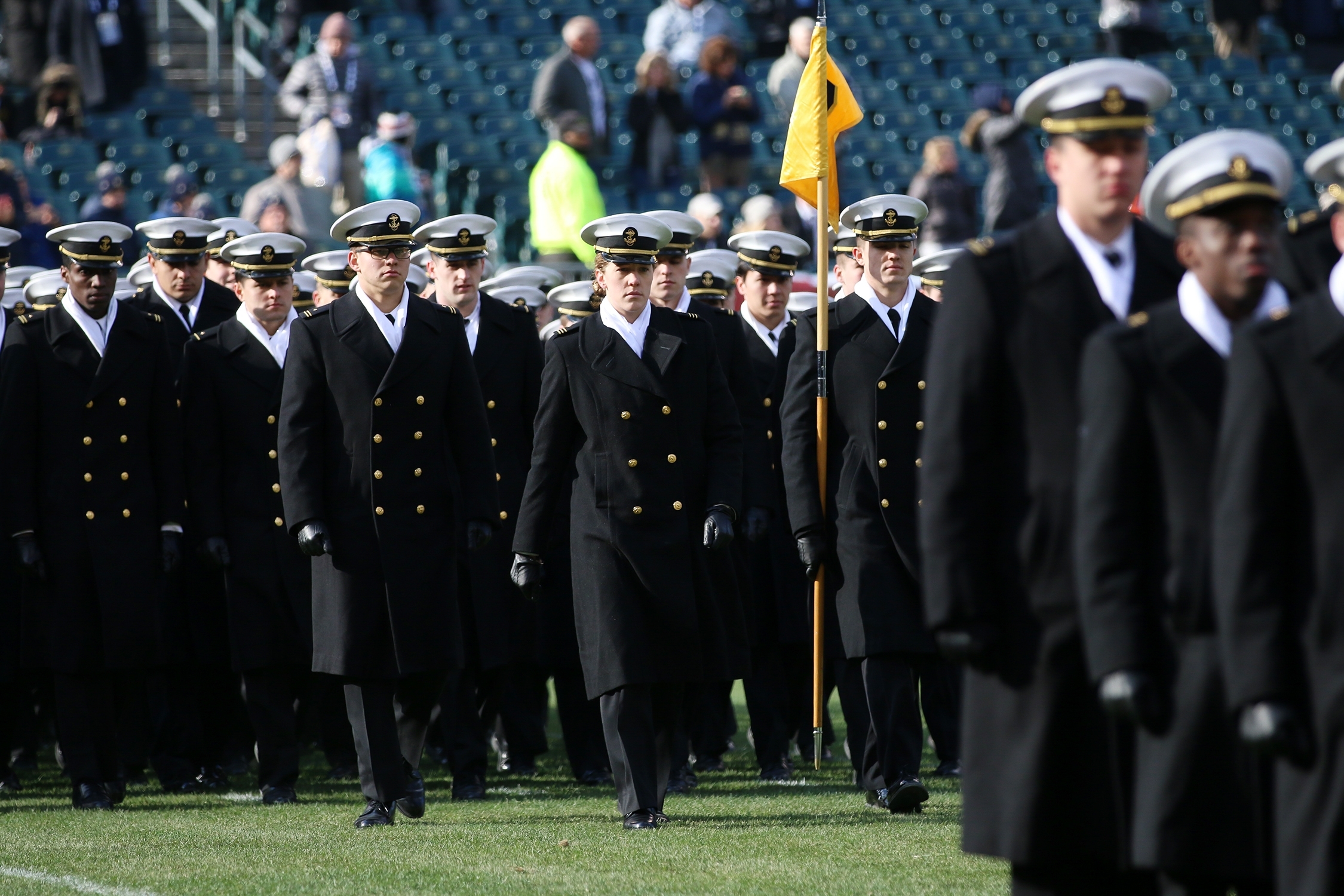 Army-Navy: More Than A Football Game