Closing Out A California Sweep

The Devils faced off against the San Jose Sharks on Monday afternoon, less than 48 hours after finishing off a 5-2 victory over the L.A. Kings in the second half of a SoCal back to back. The team had every reason to come out sluggish against a team with over 20 less points in the standings. The Devils instead busted out of the gate taking a 1-0 lead in the opening minute after Ryan Graves corralled an errant puck and roofed it past goalie James Reimer. Then the fatigue set in.

The Devils would spend the next 40 minutes on their heels, outplayed by a well rested and motivated Sharks team who had been challenged by Coach David Quinn after an embarrassing 7-1 loss in their previous outing. "We got a little cocky after we got the lead and they made us pay," Nico Hischier admitted after the game.

The Devils were able to stem the tide for most of the first period but gave up two goals in the final three minutes of the period, played after a lengthy break due to an issue with the boards behind the net. The Devils emerged from the break in a fog and paid for their mistakes. First when Timo Meier was left alone on the doorstep and then three minutes later when they failed to clear the puck directly leading to Defenseman Erik Karlsson giving the Sharks a 2-1 lead heading into the Second.

The teams would trade chances but both goaltenders stood tall not allowing a goal in the Second, leaving the Devils trailing heading into the final period. The Devils again struck quickly as ten seconds into the period the reconstituted Hischier, Ondrej Palat, and Jesper Bratt line surged into the offensive zone where Palat fed a streaking Hischier who knotted the game at 2.

Cap gets us back. pic.twitter.com/2Fdm5k3pxV

It was Hischier's first career goal against the Sharks and gave the Devils a notable boost. The boost would be short lived as four minutes later Jack Hughes was called for his second penalty of the season and the Devils would concede a go-ahead goal almost immediately upon the expiration of the power play. Unphased, the Devils climbed back into the game and spent the next ten minutes almost exclusively on the attack in the offensive zone with help from Vanecek providing cover for the defensemen joining the play.  The extra effort to battle their way back into the game appeared to be for naught when the Devils were given a minor for too many men on the ice with just over three minutes to play. The Devils dug in and repelled the aggressive Sharks power play leaving themselves little more than a minute to try to equalize.

Ruff immediately summoned Vanecek to the bench creating a six on five opportunity for the Devils with an empty net behind. The Devils controlled the puck for most of the final minute and nearly tied the game but were denied time and again by Reimer and a stingy defense. The Devils remained patient moving the puck side to side in an attempt to get Reimer to move out of position. With nine seconds left Hughes flicked a wrist shot towards the net, aimed at Ondrej Palat who was parked in front of the crease. Fortuitously, the puck struck the stick of Karlsson, changing direction and lurching past Reimer to tie the game with the clock reading 8.6 seconds. For the second time in the period the Devils had come from behind and had now secured at least one point and would look for the additional point in overtime.

THE DEVILS TIE THINGS UP WITH 9 SECONDS LEFT 🚨 pic.twitter.com/8sn3T6wnfz

Overtime was a high flying affair featuring everything three on three hockey can. Each team robbed the other of golden opportunities including an incredible save by Reimer after being deked by Jesper Bratt and an equally important save by Vanecek on Meier.

At the end of five minutes the teams headed to the shootout. Tomas Tatar, fresh out of the penalty box after picking up an overtime roughing penalty, trying to protect a vulnerable Vanecek, gave the Devils a goal in the shootout setting up Vanecek to be the hero.  After being cleanly deked by Barbanov, Vanecek dove at the puck stopping the shot with the paddle of his stick and smothering the rebound to steal two points for his team.

Vitek Vanecek with the stellar shootout save to seal the W for the Devils 😈 pic.twitter.com/n3CjprYiZq

After the game a visibly exhausted Tatar said that the team had not played its prettiest game but, "that's what good teams do, obviously we had to overcome the fatigue...we battled to the end and got a huge goal." He summed up where the team currently sits, "As a team we are playing very well, I think we have won four in a row, when the team is winning individuals stand up and everything is kind of coming together, to be honest, everybody is playing well, everybody is chipping in and there are a lot of guys playing well at the moment."

The win extended the Devils winning streak to five, improved their already record setting road record, to 18 wins in 21 games, and gave them a 6-1-1 record so far in January.  Vanecek improved his record to 18-5-2, 11-1-1, on the road.

Prior to the San Jose matinee the Devils played back to back games Friday and Saturday in Southern California beating the Ducks and Kings. The games were notable for the control exerted by the Devils against more rested teams. The Devils dispatched the Ducks 6-2 with two goals each from Bratt and Hughes and goals from Hamilton and Boqvist. The Devils never let the Ducks into the game whihc was essential to allowing Ruff to spread out the ice time allowing them to be fresh for the next day's tilt with the L.A. Kings.

Mackenzie Blackwood took his place in front of the cage for the first time since the New Year's Day shootout loss to the Carolina Hurricanes, a two-week layoff between starts. Despite the potential for rust Blackwood was sharp against the Kings giving the Devils time to get their legs. The biggest save coming on a Kevin Fiala penalty shot in the third to preserve a two-goal lead.

Mackenzie Blackwood makes a save on Kevin Fiala in the 3rd period #LAKvsNJD #GoKingsGo #NJDevils pic.twitter.com/bsi00vjfem

After the game Ruff praised Blackwood's play, "He gave us a real strong game. Made some big saves. I thought the save on the penalty shot was a big moment in the game. He probably had 4-5 key saves.”  The team also received goals from it's secondary scorers. Tomas Tatar, Erik Haula, and Ryan Graves, supplemented Nikita Okhotiuk's game winner, giving Hughes and Hischier a night off and demonstrating that the team is regaining its early season form where every night there seemed to be a different player coming through. Okhotiuk's goal was notable for coming less than a minute after Anze Kopitar tied the game for the Kings against the run of play. Okhotiuk's goal put the Devils in front for good and gave them back to back road wins making them the first team in NHL history to win 17 of their first 20 road games.

LITTLE REST FOR THE WEARY

The Devils now have a few days off to recouperate after the California grind until they play against Seattle on Thursday night. After the game they will fly home and face Pittsburgh on Sunday and Las Vegas on Tuesday. The Kracken are perhaps the biggest surprise in the NHL this season outside of the Devils. They currently sit tied for second in the Pacific Division, two points behind leader Vegas, having played two less games so far. They are led by burgeoning 20 year old star Matty Beniers, the second overall pick in the 2021 draft who is having a breakout season. Like the Devils, Seattle has been a better road team and vulnerable at home, playing to a 10-9-2 record so far in Climate Pledge Arena.

Nathan Bastian has continued to practice with the team throughout the trip and is "in a good place" according to Ruff prior to the San Jose game. There is an outside chance that Bastian makes his return to the lineup on Thursday. Defenseman John Marino has remained in a non-contact practice jersey since returning to practice and is farther away from reentering the lineup. The Devils have quickly gone from a feeling that they needed more quality players to now not having enough playing time for the players they have, especially with the coming return of Bastian.  Holtz and Zetterlund haven't played in over a week and will have to work to make an impact to show the coach they should get back on the ice.

Puck drop in Seattle is at 10 p.m. Eastern on Thursday. 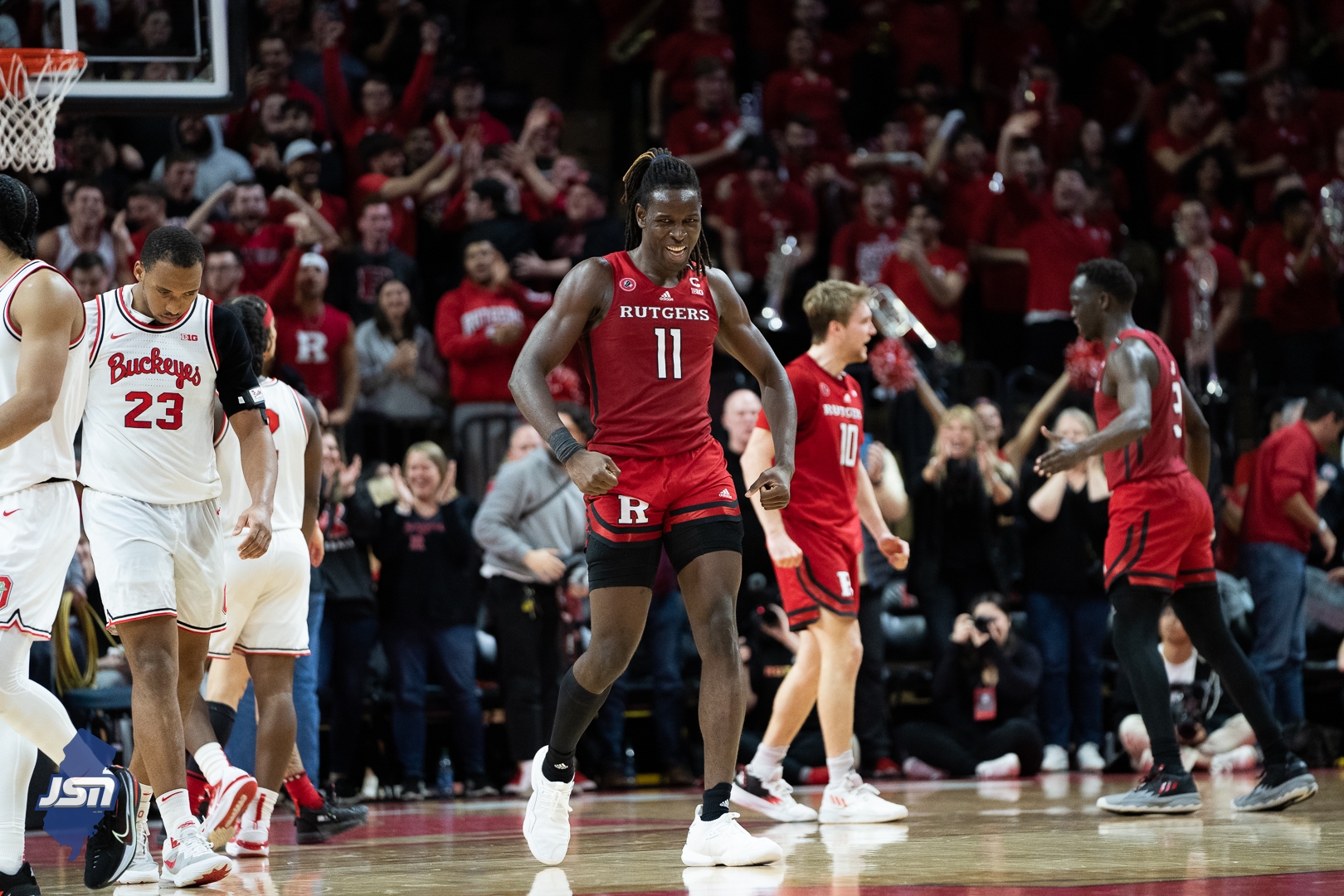 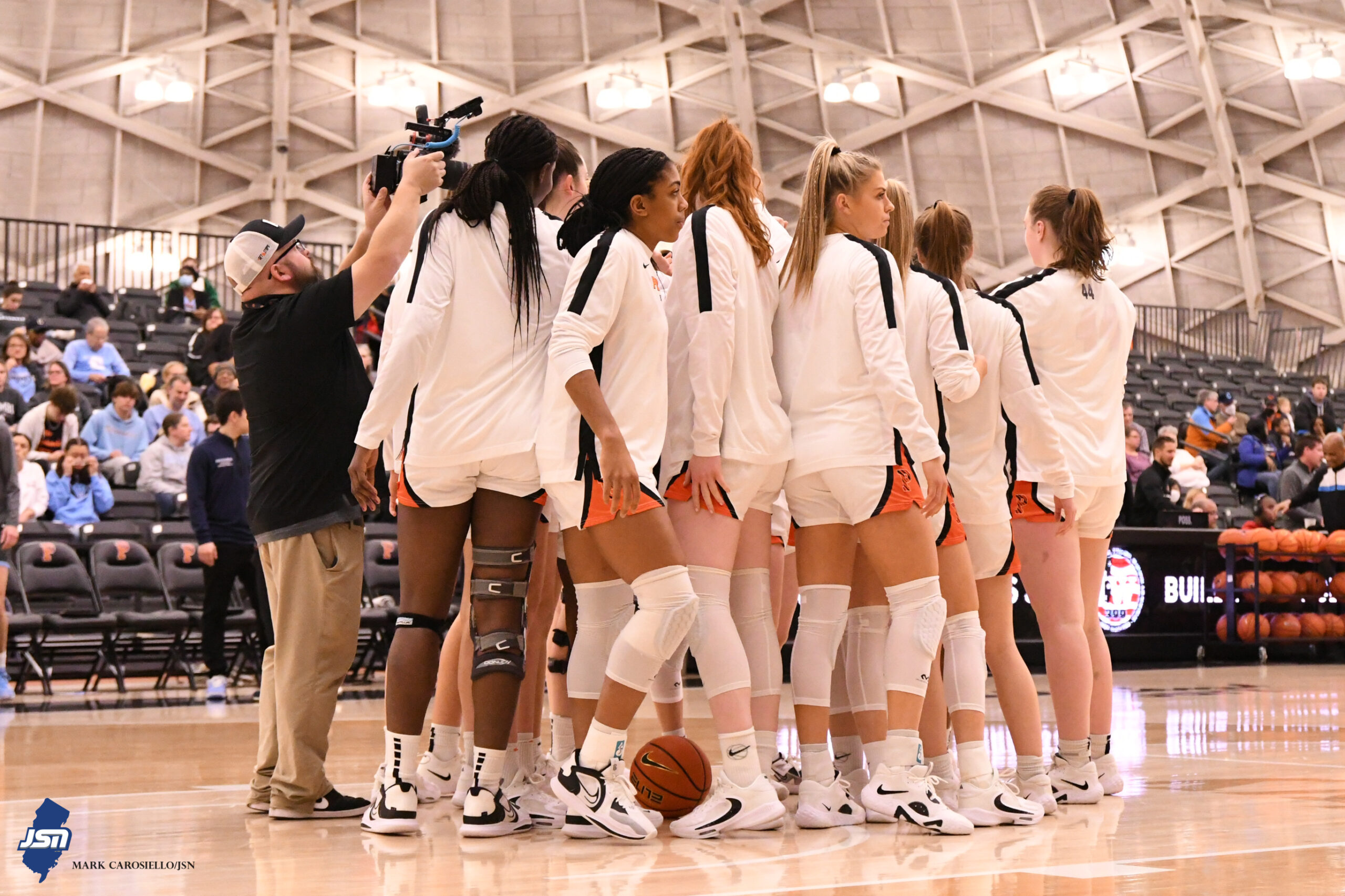