The Devils skated off the ice to a standing ovation by the sold-out crowd having completed their 13th consecutive victory 5-2 over the Conor McDavid led Edmonton Oilers. Lindy Ruff, who earlier moved into sole possession of fifth place in all time games coached with 1650, was ebullient in his praise of the team.

"I think the team deserves a standing ovation," Ruff said about the team's streak. "A run like this is incredible. The energy in the building is great to see."

Ruff was also quick to acknowledge that despite the success and being eight points clear of the nearest division foe.

With a little over three-quarters of the season remaining Ruff's team has served notice throughout the league that they are a legitimate force.

The Devils suffocated the Oilers with a relentless attack and stifled NHL points leaders McDavid and Draisaitl with strategic matching and stellar play from Defenseman John Marino. Marino and partner Ryan Graves were deployed to counter McDavid nearly every time he was on the ice at even strength and held the NHL points leader off the scoresheet at even strength. Marino twice dispossessed McDavid one on one in the third period suppressing any chance the Oilers had at mounting a comeback.

Once again, Ruff pushed the correct buttons by mixing up his lines and defense pairings. The most impactful change was switching wingers Dawson Mercer and Fabian Zettlerlund. The switch paid dividends on both lines as Mercer netted a goal and assist with new linemates Nico Hischier and Tomas Tatar while Zetterlund added some punch to the third line of Jesper Boqvist and Yegor Sharangovich and also ended the night with an assist.

Great teams possess diversity in all facets of their game and the Devils put that on display last night scoring five goals in vastly different ways. They opened the scoring with a slot one timer from Jesper Bratt on the power play off a below the goal line feed from Hischier.

The second goal came after Hischier stole the puck from a sprawling Stuart Skinner, fired a tough angle shot off the post which then sat in the crease where Mercer slotted it into the empty net to give the Devils the lead for good.

Dawson on the doorstep pic.twitter.com/5DTwBghcBV

The Devils stretched their lead to two goals when Jack Hughes gained the blue line on the rush, took two defenders with him to the left, slid the puck across the ice to Bratt, who waited, then dropped the puck to a trailing Damon Severson who beat Skinner from the high slot.

At this point the Devils had put another sluggish first period behind them and come out and dominated the second entering the locker room up 3-1 and seemingly in control of the game.  Ruff alluded to the team's dissatisfaction with their first period performance and the collective choice to come out and return to form in the second.

"As a group we didn't like our first period...we talked about let's go win the second period and improve our play and I thought we did," Ruff said.

The third period began with the Oilers cutting the deficit to one on a Ryan Nugent-Hopkins scored off a loose rebound. Many times last year this would have been the beginning of the end for the Devils as goals against often came in bunches against teams with quick strike offenses.

"We got hurt a lot last year on this part," Tatar said. "We'd shut it for some reason for a few minutes and the team gets on their horse and they score all of a sudden more than one goal. This year we're a lot better. If they score, we just want to focus on our game and continue playing our way."

After a series of great defensive plays where the Oilers were stopped from getting the equalizer, Tatar scored a highlight reel goal.

"I took a shot, it came back at me and I whacked it out of the air," wass how Tatar described the sequence that put the Devils back up by two and ultimately iced the game.

Tuna with his own rebound! pic.twitter.com/WY7sBnRF8C

The final tally of the night game with just over five minutes remaining. Sharangovich stripped the puck in the neutral zone and took a pass from Zetterlund and rifled a no-look wrist shot past Skinner to extend his goal scoring streak to three games.

The Devils relied on goalie Vitek Vanecek to do the rest. In a touching moment on Hockey Fights Cancer night the Devils invited young RJ Ferguson into their locker room to announce the starting goaltender.  After the game Ruff graciously deflected all praise and heaped upon young RJ for making the wise decision to call on Vanecek to start.  Ferguson also was part of the ceremonial faceoff between Hischier and McDavid.

Vanecek, the game's first star stopped 28 of 30 shots on goal and was steady throughout coming up big when the game was still in doubt by beating Conor McDavid to the post on a wrap around.

In the absence of Mackenzie Blackwood, Vanecek has assumed the role of the number one goalie with ease. He has answered every challenge and provided the Devils with more than they could have hoped when they traded for him over the Summer. His numbers over the last ten games are staggering, goalie Vitek Vanecek 9-0-0 with a 1.81 GAA, .933%, making 238 saves on 255 shots, including one shutout. His dominance at even strength has propelled the Devils to be able to tilt the ice in those situations and control the game. In the last ten games Vanacek has only allowed 11 even strength goals his save percentage in those situations is a staggering .946

The impact of having a solid, dependable netminder is not lost on the skaters, Hischier reflected on Vanecek's play after the game, “Unbelievable. Big part of (why) we’re winning right now. Makes the save when you need it. Just looks super calm, no panic and just great to have him on our side.”

The Devils will look to set a new team record winning streak Wednesday night in a rematch with the Toronto Maple Leafs who the Devils defeated last week on Yegor Sharangovich's overtime winner. The Maple Leafs are coming off a disappointing overtime loss to the Islanders last night and will be without at least three of their top six defensemen. Puck drops at 7:00 at the Prudential Center which is likely to be sold out for the third straight game.

Earlier today the Devils sent winger Alexander Holtz and defenseman Kevin Bahl to their AHL affiliate in Utica to allow them to get into games. Holtz last played against the Red Wings on October 25 and indicated that he was excited to be back in Utica with the opportunity to contribute and get game action. Bahl last played on October 24 (the last time the Devils lost and coincidentally the last time the Devils dressed seven defensemen).  No corresponding moves have been made as of yet so the Devils active roster stands at 20 players. 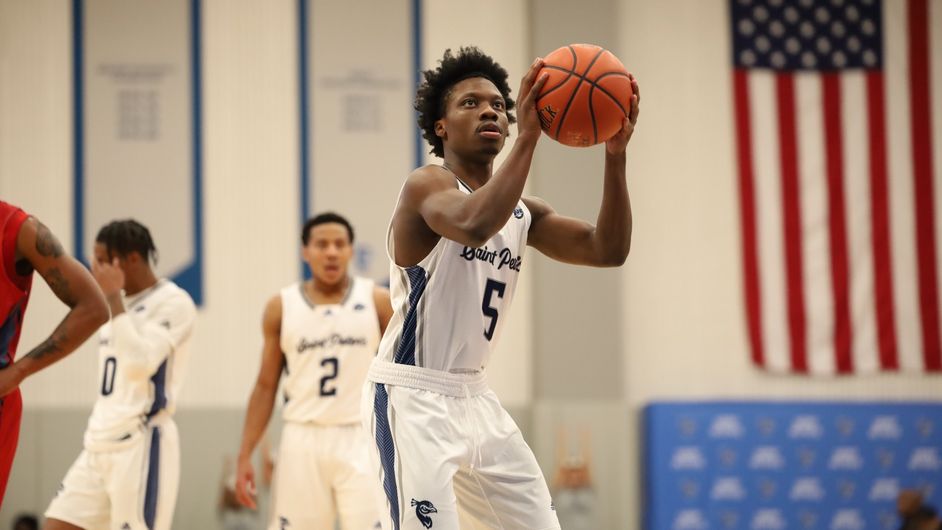