The Devils showed up to practice Monday ready to put the nightmare of a season opener behind them. Head Coach Lindy Ruff put the players through a demanding, fast-paced, practice focused largely on addressing the defensive lapses that have cost the team the first two games.

"We really went like today was a game day. It was intense, competitive out there, a lot of one-on-one battles," Dawson Mercer described.

As famed Yankees Catcher, and noted wordsmith Yogi Berra would say, "it's getting late, early."  Despite only being the third game on the schedule, the team now faces what seems like another "must-win" as they take on the struggling Anaheim Ducks tonight.  The Ducks are coming off a Monday night loss to the Rangers where they pulled starting goalie John Gibson after giving up five goals on 34 shots through two periods.

Less than a week ago and festooned with soaring expectations, the Devils began the season with an ugly, uninspired loss to division-rival Philadelphia. The team tried to start over against Detroit on Saturday night in what veteran Miles Wood referred to as a "must win" game despite it only being the second contest of the season.  With the pressure noticeably on the players, and after all the pomp and circumstance of a red-carpet entrance and a crowd at near capacity, the charged atmosphere helped lift the team to an early lead on Dougie Hamilton's first period goal.

Success was fleeting as defensive lapses and poor finishing resulted in a second period to forget leaving the Devils trailing 4-2 with the back breaking fourth goal coming with .08 seconds remaining in the period and almost immediately after Nico Hischier's attempt to tie the game rang off the crossbar. The excitement of the fast start and evening's festivities had given way to frustration for the fans and players which resulted in a cascade of boos as the team departed the ice for the second intermission.

After regrouping, the Devils could not conjure any third period magic and fell to the Red Wings 5-2. The crowd quickly shifted its ire from the players to Ruff, serenading him with a "Fire Lindy" chant for much of the third period. The post-game reaction was as expected, a sullen and angry locker room displayed bewilderment at the team's failure to begin the season meeting its own expectations let alone those of the fans.

Ruff acknowledged that speculation about his job security was part of the business he had chosen and that he understood the frustration of a fan base with such a vaunted history of success.  Recent history belies a call for patience as some of the same mistakes that hampered the Devils last season have been present in the first two games, however all is not lost.

The Devils are poised for a turnaround, and it could begin as early as tonight.  The Devils face a Ducks team that has given up even more goals than the Devils (5.67/per game to 5/per game) and a team reeling after back-to-back losses to the Islanders and Rangers. This week's schedule is favorable to the Devils as they face the Ducks, and rebuilding San Jose Sharks at home sandwiched around a trip to face the Islanders.

Should the Devils find a way to get five points they will have righted the ship and eased the tension obvious to any observers of the team. Should they fail to at least win two of three, then the prognostications about Associate Coach Andrew Brunette taking over for Ruff will take over the narrative around the team.

There is reason to expect the former rather than the latter to play out this week. Beyond the favorable scheduling the Devils have, by many advanced metrics, out played their opponents for large swaths of games. They outshot the Flyers and Red Wings by an average of 15 shots per game and when looking at the expected goals for and against the numbers are flipped.

The Devils have scored roughly half of the number of goals expected based on their play and given up twice as many goals as expected. This lopsided result after controlling the run of play is unlikely to continue. The abundance of high danger chances and expected goals should lead to a breakout performance sooner rather than later. Also working in the team's favor is it is now second in the NHL in face off winning percentage and there is no reason to believe that the goalie tandem of Blackwood and Vanecek's combined .782 save percentage will not drastically improve especially with the practice focus on defensive coverages.

In the end, talent usually prevails, and this team has too much talent to fall into the abyss of losing that plagued it last season. One win can reignite the team and set it upon the right course. After tinkering with the lineup in the home opener and curiously playing three lines with a double-shifting Jack Hughes the Devils appear to have returned to a more traditional four-line structure and have returned Nathan Bastian to the lineup replacing Fabian Zetterlund.

No changes from yesterdays practice for #NJDevils at morning skate today.

Here’s your lines today ahead of facing Anaheim.

Bastian goes back in, Zetterlund comes out. Blackwood starts. pic.twitter.com/RThcTWkZf1

It is said you never get a second chance to make a first impression and while disappointing a raucous, near capacity crowd on Saturday cannot be undone in one game, the ingredients are in place for the breakout win the Devils desparately need. To their credit the team is not shying away from the importance of finding that first win tonight,  Hischer set the tone by simply stating,

"[W]e've got to come out here and win tonight, it's important."

The Ducks present a unique challenge for Hughes facing his former teammate and fellow rising star Trevor Zegras which could lead to an explosion of creativity on the ice as neither wants to lose bragging rights over the other.

Facing a beat-up team emerging from a tough, physical loss to the Rangers the night before, the Devils must seize control of the game early and cash in on their opportunities to score.  Jesper Bratt, who leads the team in points and assisted on the first three goals of the season, described how the team can accomplish the win.

"[T]he start is important, we have to set the tone right away from the start, get the pace up right away and show what we stand for," Bratt said.

Every team reaches a crossroads point, some earlier than others, tonight has the feeling of such a game. After today's morning skate, Ruff made clear that the biggest thing missing from his team is not taking advantage of its opportunities. The Devils are looking to make that change and turn the page. 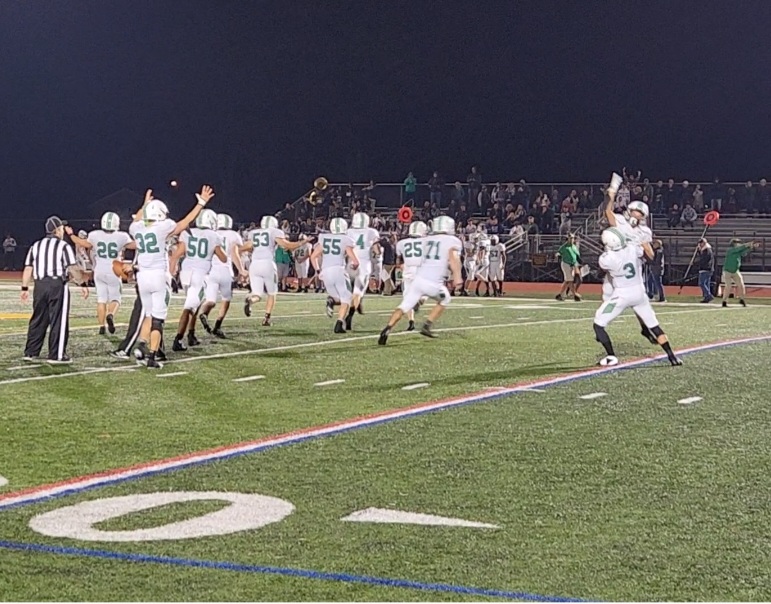 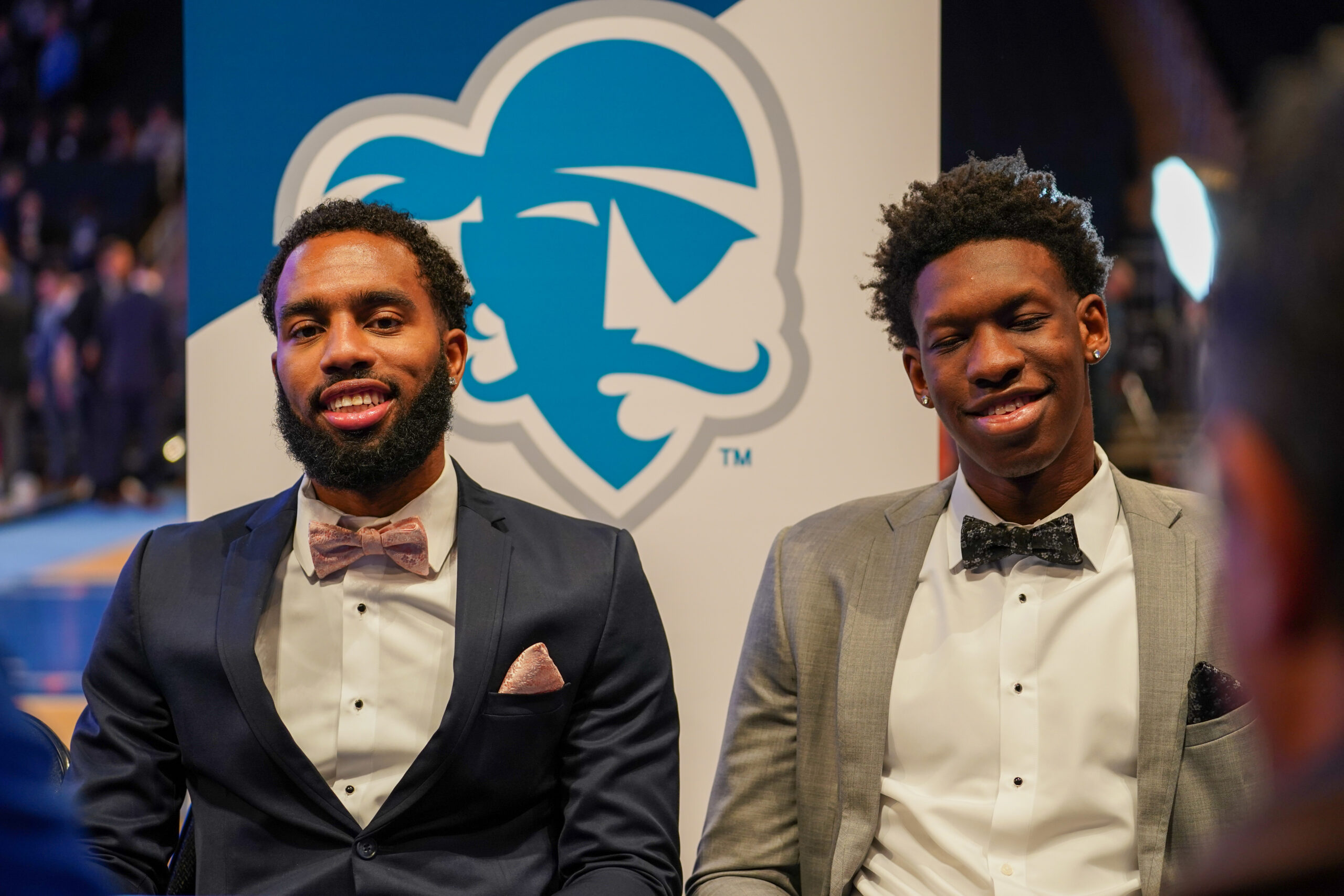