As the game of soccer evolves, so does the way we view it. The use of statistics and data analysis have increasingly allowed teams and fans to talk more objectively about the beautiful game. NJ/NY Gotham FC have even used their player statistics in their social media marketing of the team. Gotham midfielder Allie Long is currently the best passer in the league, and the team did not miss the opportunity to celebrate this accomplishment.

With only seven games left in their NWSL season, Gotham FC has limited opportunities to pick up points and make it back into playoff contention. By taking a look at the team’s data and statistics up until this point in the year, we can paint a picture of what the team might look to do in the final stretch of the season.

The NWSL is still a growing league, and many fans have taken advantage of the small community to utilize their skills to provide insightful data analysis for other fans. Three Twitter accounts in particular are among the most popular in this area: @NWSLanalitica, @NWSLFieldVision, and @Arielle_Dror.

Arielle Dror, a New Jersey native and recent graduate of Smith College, has a growing fan base that follows her for the xG Race Plots and Pass Networks graphics she puts together after each NWSL game. Her passions lay in the storytelling aspect of numbers. As she progressed through her studies at Smith College, she realized that there was very little data driven soccer writing. She sees a future in data changing the way soccer is played, and works a day job for sports intelligence platform Zelus Analytics.

Adam Tierney, currently based out of New York City, runs the popular account NWSL Field of Vision. Tierney provides infographics on league leaders in goals and assists, and also is a destination for anyone looking for more information about league standings or explainers on player ratings from popular football app FotMob. Tierney is a full time data analyst for iProspects and also coaches youth soccer for the NYCFC youth program in his spare time.

Tony Maza runs NWSL Analitica which has become the go-to Twitter account for NWSL data. He puts together graphics including heat maps, dribble maps, shot maps, and other meaningful statistics. Maza, who is based out of Argentina, has been interested in soccer data and coaching tactics since 2014, and got hooked on women's soccer during the 2015 FIFA Women's World Cup. Maza combines his professional experience in social media with his love of soccer and data into his Twitter account.

The growing popularity of these accounts that turn NWSL data into digestible formats has made it clear that there is an ever increasing interest for fans to have this information at their disposal. What is even more meaningful is that all three accounts are run by fans of the league. They all use their personal time and individual passions to create this dialogue around data and statistics among fans of the league. Using their expertise, Tierney, Dror, and Maza all weighed in on what we have seen from Gotham FC so far, and what we might expect from the team in the future.

All cited statistics were current at the time of publication.

Among the most important metrics in understanding any soccer game is Expected Goals (xG). Simply put, an xG model measures the quality of a chance when a shot is taken. Arielle Dror explained that xG models take into account common inputs like the location where the shot was taken and what kind of pass was used in the assist. American Soccer Analysis provides a more in depth explanation of what goes into a standard xG model.

Based on Dror’s analysis, Gotham FC likely overperformed in the first half of the season. She explained based on standard xG models, the team was expected to concede 29 goals so far this year, but have only conceded 15. “This is insane!” Dror exclaimed. When asked why Gotham has been so unexpectedly solid in defense, Dror explained that no model is perfect. “Some of it is luck, but luck doesn’t explain everything,” Dror said. Tony Maza echoed Dror in chalking up some of their defensive success to luck. However, Dror noted that it's possible Gotham is doing something that the models are not accounting for. She explained that player positioning is hard for the models to pick up, which could be a contributing factor. She also noted that goalkeepers Kailen Sheridan and Didi Haracic are both among the highest ranking shot stoppers in the league.

Adam Tierney agreed that Kailen Sheridan’s goalkeeping abilities are a large part of the reason why Gotham has been able to overcome their dreaded xG against metric. “Looking at basic stats, Sheridan has the highest saves per match of any keeper in the league with just over 5 per match,” Tierney said. He explained that the keeper is the last line of defense, and since standard xG does not factor in the goalkeeper, this is a big part of Gotham’s defensive success. When a player takes a shot, that is when xG gets registered, so with a slew of amazing saves, Gotham’s goalkeeping is paramount to their defensive accomplishments.

According to Tierney, Gotham’s defense is not only aided by their goalkeeping, but by their talented defenders. For example, veteran center back Gina Lewandowski is 3rd in the league in clearances per match. However, even with great defending, Gotham FC has struggled to win games and get the ball in the back of the net.

Another important metric Dror likes to consider in her analysis is Goals Added (g+). Although these models are not as tested as the xG models, g+ measures a player's on-ball contribution and how it impacts the team's chances of scoring or conceding a goal. “Higher goals added means a player is doing things that are heightening the team's scoring, and not getting scored against,” Dror explained.  More information on g+ can be found via American Soccer Analysis.

It is no secret that Gotham FC has been struggling to pick up wins, but the secrets to their future success could lay in the data. According to Dror, the absence of Margaret “Midge” Purce has been a notable loss for the team. Not only did Dror note that Purce ranks in the top 10 in the league in g+, but she also tops the league in successful dribbles and was number one in the league for progressive runs before her injury on August 1st. Dror described Purce’s dribble numbers as “off the charts” which can substantially increase the team’s chances to score. Additionally, as Maza posted on August 10th, Purce was Gotham’s second highest ranked player in xG + xA  (expected assists), behind Ifeoma Onumonu.

Maza highlighted how important context is when looking at the numbers. Every time the team has tried to solidify a tactic on the field, something has happened to throw them off, including the mid-season departure of their head coach Freya Coombe. The team had worked with Coombe over the last couple of years to create an identity, and now the team has to decide if they keep that identity, or start all over again.

Despite the off-field struggles, Gotham FC still has plenty of promise on the field. Tierney explained that Gotham is 9th in the league in “big chances missed.” This means, when they get their big chances, they typically convert them to goals. However, Tierney noted that based on the data, Gotham has not been creating many big chances. When they do manage it, they score. If Gotham can create more big chances, the statistics are in their favor that they will be able to get the goals.

Gotham FC also does well with possession. Maza noted that former head coach Freya Coombe clearly favored a possession style play. As Tierney explained, the team has the highest possession rate in the league, averaging 55.7% of possession per game.

Tierney noted that another promising statistic for Gotham FC is that 88% of their goals were assisted. This means that these goals are not scored by solo runs, but rather teammates linking up and setting each other up for chances on goal. He also highlighted the team’s passing accuracy, explaining that they are at the top of the league. He believes with two more wins, Gotham could be right back into the playoff mix.

Gotham didn't create many chances, but when they did, they were able to get into great positions and finish their shots.

Maza highlighted Dydasco's ability to cross the ball into the box as a great asset for Gotham. In fact, with the ongoing absence of Midge Purce, Dydasco could be the answer to their ability to break through other team's backlines and help create more chances to score goals.

Caprice Dydasco was the Player of the Match with an assist on the team’s sole goal and an impressive 8.5 rating!! 🙌🏼🏆

Although the team is currently missing Purce, it is evident to those watching the games or the data that Ifeoma Onumonu is a large part of Gotham’s success in the attack. Tierney noted that Onumonu has scored 7 out of Gotham’s 17 goals this season, and could very well win the Golden Boot. However, the absence of Purce could be having a negative impact on the team's ability to grow in their attack.

Sydney Leroux's goal over the weekend pushes her into first place, leading Balcer with 2 assists. Keep an eye on Leroux as this is her second best NWSL season. Her first season in the league, she scored 11 goals. 👀

As Maza explained, Midge Purce was leading the league in progressive runs before her injury in early August. Under former head coach Freya Coombe's system, Gotham seemed to favor playing the ball out wide rather than narrow, which worked for a player like Purce. Such a system also worked for a player like Paige Monaghan, who has been out with an injury, too. Without wingers like Monaghan and Purce, Maza believes Gotham could adopt a 4-4-2 formation and take advantage of the many midfielders available to the team.

Maza explained that Gotham's problem may not necessarily be the absence of Purce, but rather the focus on playing as if she were still there. Coombe tried to change up the tactics with a 3-5-2 formation, but Gotham was unable to win any games playing with three central defenders. What he sees as missing from the team are midfielders that progress the ball slowly and are more focused on keeping possession.

Based on the knowledge gleaned from the data, Gotham has proven they hold formidable advantages in the NWSL. With their league-topping possession rate, high level of assisted goals, good clearance numbers, exceptional shot stopping, and a Golden Boot contender, the team clearly has all the pieces necessary to make it into the postseason. The difficulty lies in their attack. The team is currently 8th in scoring, and struggles to create chances. If Gotham can find a bit more consistency in their attack and continue with their superb defending and goalkeeping, the postseason is well within reach.

Dror believes the future of soccer and all sports is in data analytics. Tierney echoed those sentiments, explaining that data analytics provides “the perfect mix of qualitative and quantitative” information which can allow teams to figure out ways to improve. Maza's popular Twitter account has demonstrated an appetite among fans for easy access to women's soccer statistics and analysis. It is evident that there is a strong future for data analytics in soccer and in the NWSL.

Can Gotham FC play to their strengths and make it into the playoffs? The club plays their next game at Red Bull Arena this Saturday, September 25 at 3pm. Visit gothamfc.com for ticket information. 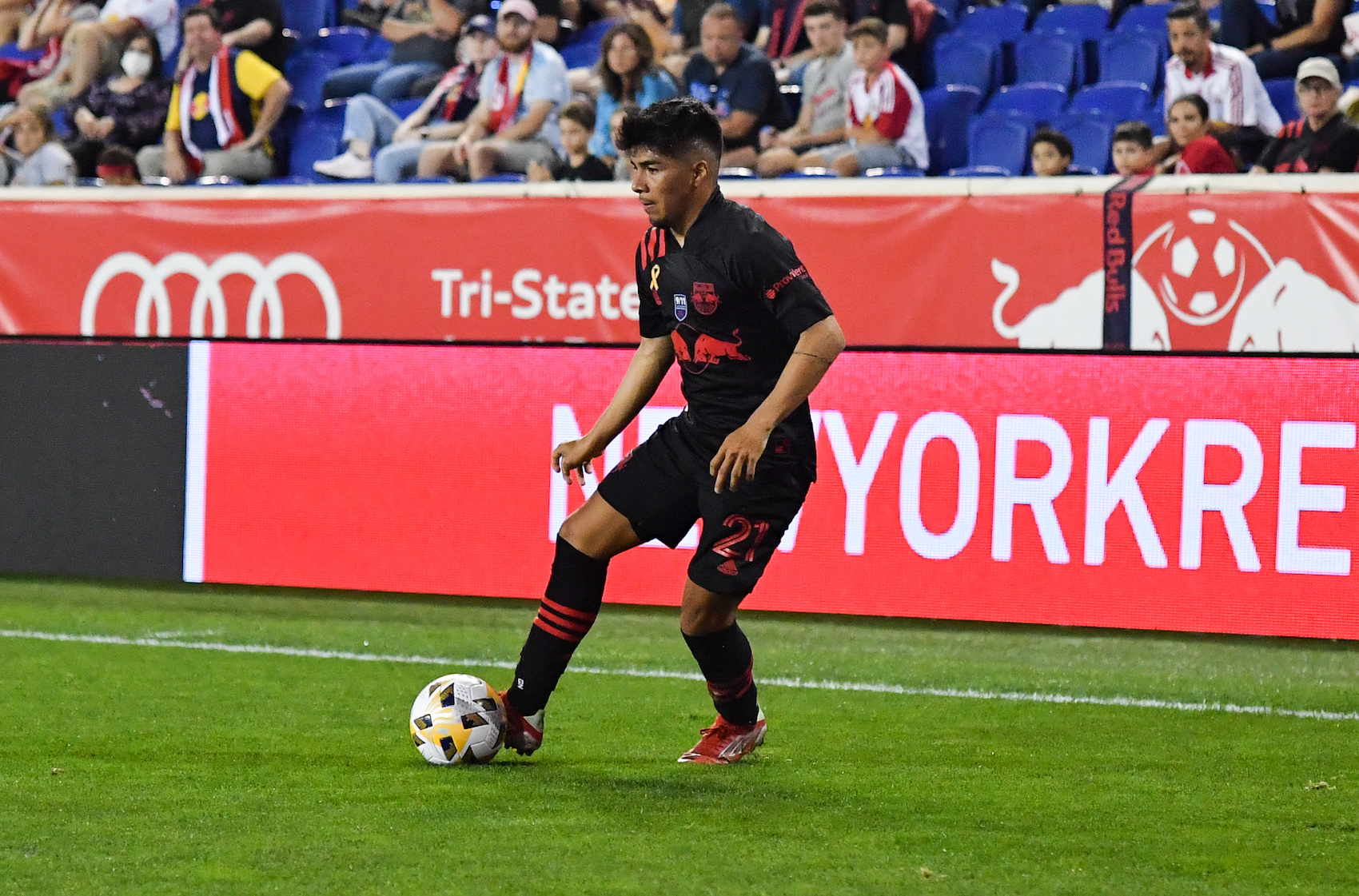 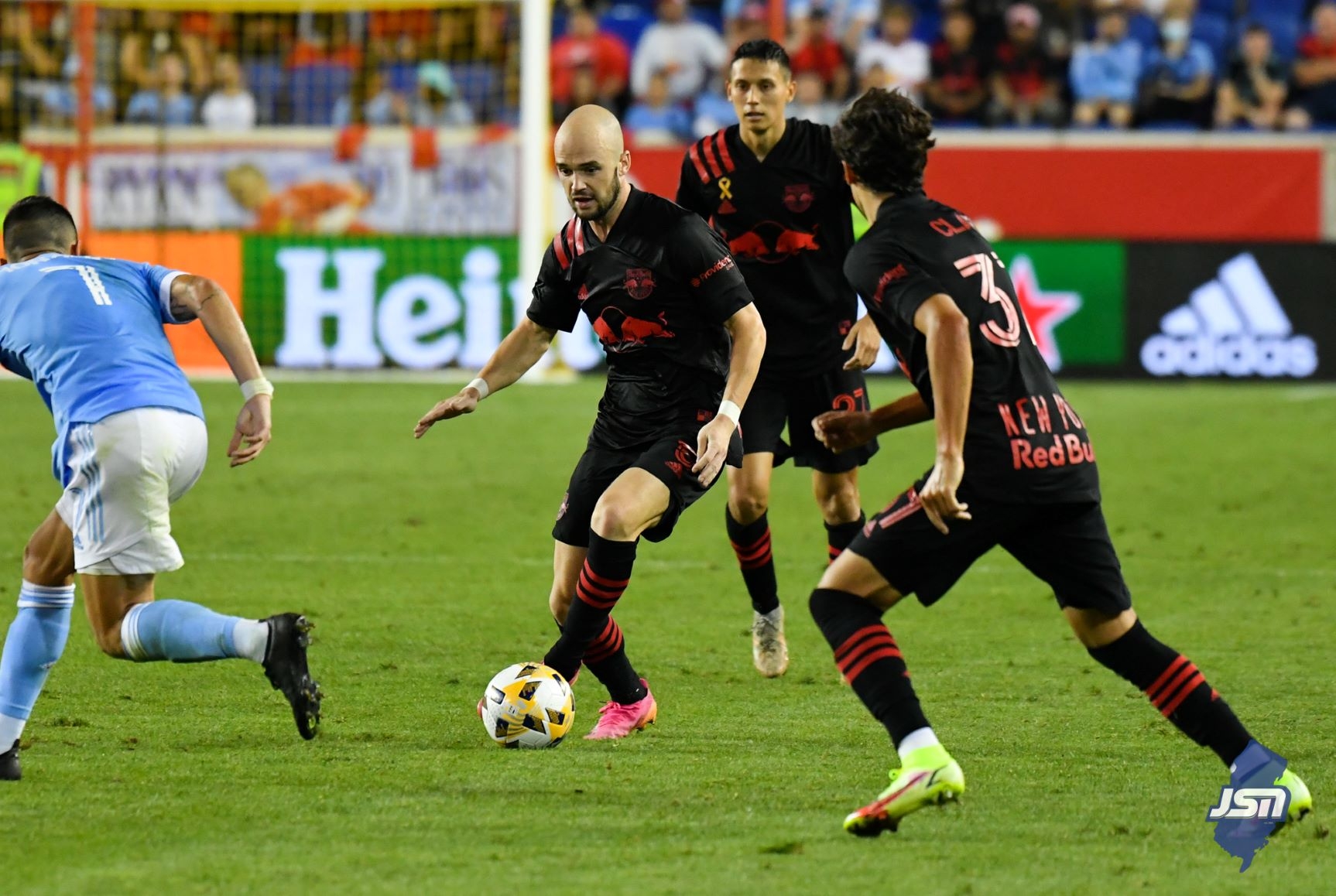