The New York Giants had the 11th-overall-pick in this year's NFL draft and traded it to the Chicago Bears for the 20th-overall-pick, the 164th pick this year and a first-round pick and fourth-round pick in 2022.

Dave Gettleman's first-ever trade down, and it's a good one:

The Giants get the 20th pick and a fifth-rounder this year, PLUS the Bears first-rounder and a fourth-rounder in 2022. https://t.co/xeYvBHdDue

Before this happened, the Philadelphia Eagles acquired the 10th overall pick from the Dallas Cowboys, allowing them to move in front of the Giants who had the 11th pick. Philadelphia essentially stole Alabama wide receiver DeVonta Smith from New York. The Eagles last-minute move made 'The Gettle' hot and Dave Gettleman traded down.

According to NBC 4 New York's Bruce Beck,  Gettleman traded down, "for the first time in nine drafts." The sweet part of the deal for Giants fans, is the team is still in rebuilding mode and they now have an extra first-round-pick in 2022.

Gettleman trades down for the first time in 9 drafts. And he gets a #1 from Chicago in next year's draft. He obviously lost his man, Devonta Smith. #Giants

The best available for Giants

The Sporting News reported early on April 29, that Mel Kiper Jr. had the Giants selecting edge rusher Kwity Paye, 11th-overall. After the Giants traded down to No. 20, the best edge rushers who were still available were Kwity Paye and Azeez Ojulari.  Jaelan Phillips had been selected by the Dolphins at 18.

So, Gettleman and the Giants were now on the clock with the No. 20 selection and he picked up the phone and called in his pick, Kadarius Toney the shifty wide receiver from the Florida Gators.

I thought the Giants wanted an elite edge rusher to pair with one of the league's strongest defensive-ends Leonard Williams. Williams had 11.5 sacks in 2020, good for seventh-best. By picking a flashy wide-receiver at 20th overall, 'the Gettle' was brewin' something on the kettle that I had not foreseen.

This is what the Athletic's Sheil Kapadia had to say about the Giants' 20th pick.

Toney is the type of player that offensive coaches fall in love with. He’s a gadget/slot option with elite speed (ran 4.37). Toney isn’t just fast. He also consistently broke tackles last season with the Gators. - Sheil Kapadia The Athletic

Kapadia delivered some great news there, but that was not the only thing he said. Kapadia said Toney is the type of player who needs a good offensive coordinator to work with. He added that Big Blue's offensive coordinator Jason Garrett, "has not shown he has the ability to maximize the talent at his disposal." OUCH!

Toney had one year of real production in college, and he missed time in two of his four college seasons because of injuries. I like Dave Gettleman’s decision to trade back to this spot for additional draft capital. But I don’t like the mix here of player and team. 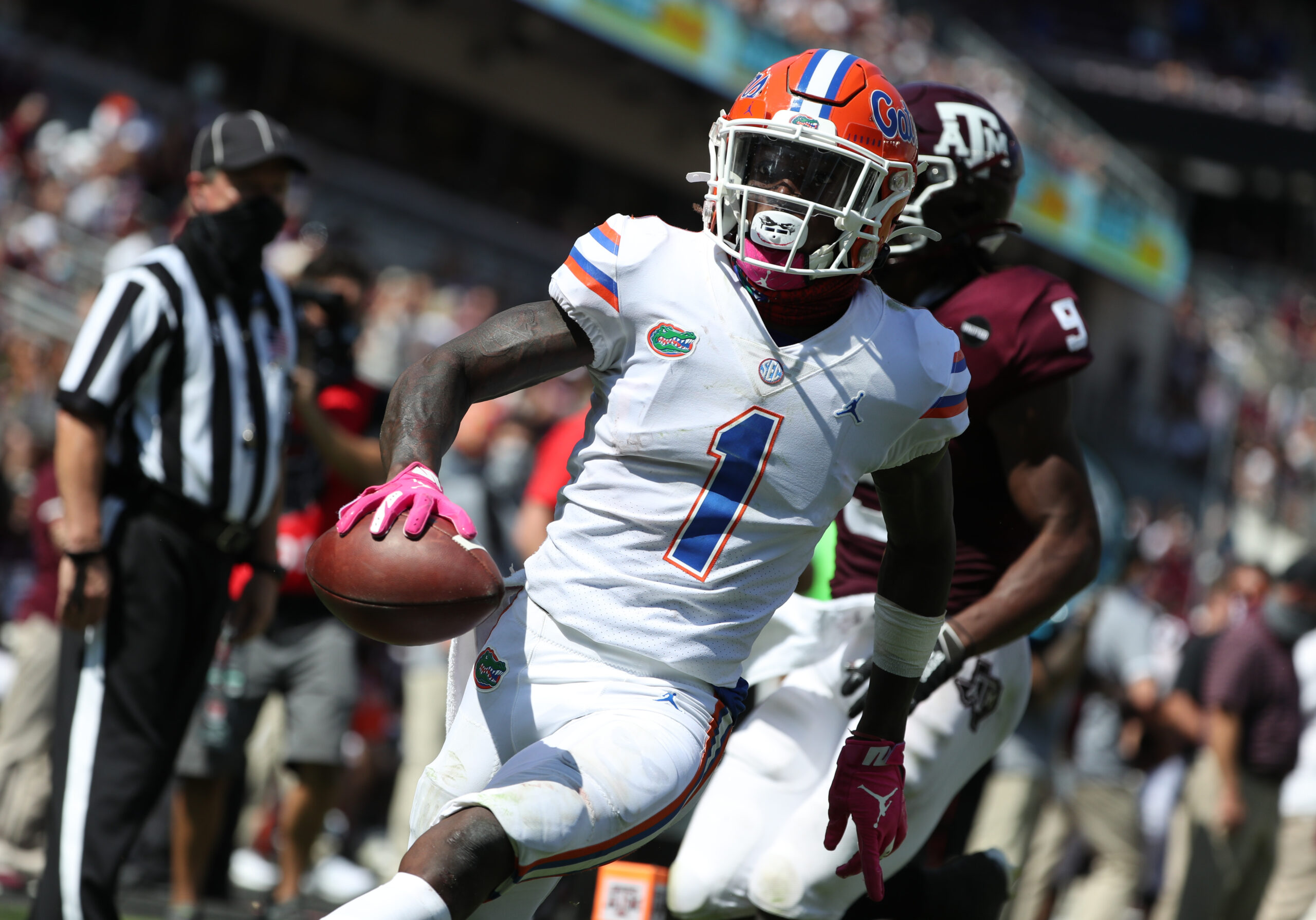