HOLMDEL – Teams that are young and talented tend to have lengthy runs of success. 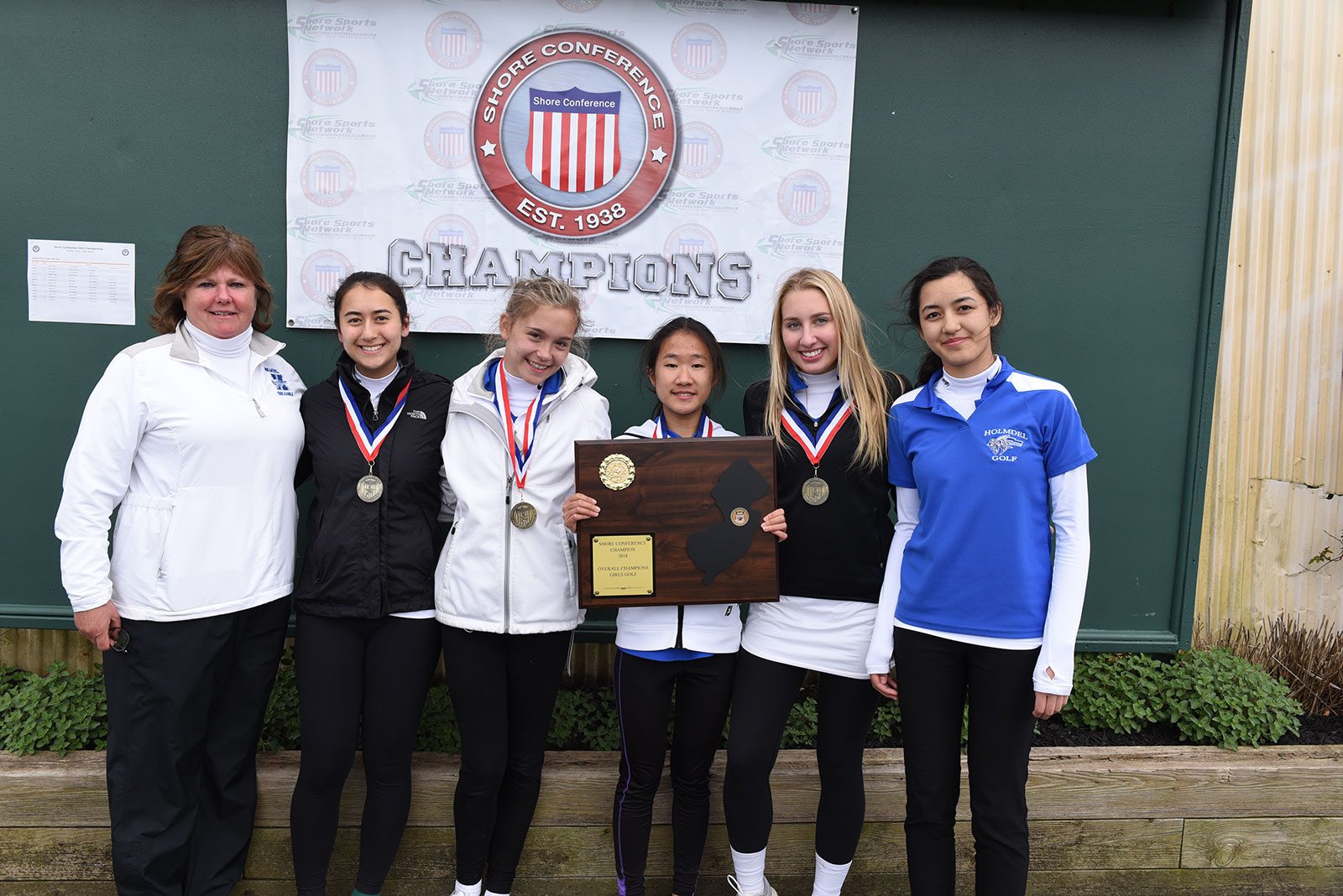 Such is the case for the Holmdel girls golf team, even with four sophomores earning the majority of the playing time this season.

Sophia Taverna, Lexi Stewart, Claudia Zhang and Lane Fontana are all sophomores, and all four led the Hornets to their second consecutive Shore Conference Tournament title on Apr. 30 at Jumping Brook Golf Course in Neptune.

“Sophia is our number one golfer. She actually won the individual title (in the Shore Conference Tournament) and she won it as a freshman last year as well,” said head coach Geri Semenza, who is the only head coach in the program’s 10-year history. “We won both individual and team in back-to-back years, which was nice.”

All four sophomores were varsity letter winners a season ago as freshman, but Semenza mentioned not all of them played in every match. They all played in some matches, but they are her top four players this season as sophomores.

When looking for girls that will compete on the varsity squad, Semenza made the comparison to tennis where it is mainly based on scores during practice sessions.

“It’s kind of similar to tennis where you go out and compete against your teammates,” Semenza said. “Basically your score is what counts in terms of who plays in what position on the team. These four sophomores are scoring the best for the team so far on the team so far this season.”

The team is 5-1 in their regular matches, earning wins over Trinity Hall, Rumson-Fair Haven, Saint John Vianney, and a pair of victories over Ranney. Their lone loss this season was to a Red Bank Catholic team that is 9-0 on the season.

The Hornets do have two seniors on varsity in Emily Yasharpour and Alexandra (Ola) Wojciak and one junior in Cavan Lynch. Yasharpour competed in the Monmouth County Tournament and the Shore Conference Tournament.

May 14 is a day that Semenza has circled on her calendar, as that is the day of the state sectionals, with Holmdel competing in Section 2. The top four teams in that tournament will be able to compete in the Tournament of Champions on May 29, which is the team’s ultimate goal this season after not reaching that mark as a team a season ago.

“Our last goal we have for this season is to finish top four as a team in the state sectionals and qualify for the Tournament of Champions, which we did not do last season,” Semenza said.

And barring something unforeseen, the Hornets should get more opportunities to leave their mark on New Jersey girls golf over the coming years.

“As far as I know, (the sophomores) will all be back next year and there’s some younger kids in junior high school that will feed into our program next year as well,” Semenza said. “I feel like we have a solid, young team that will be around for a while.”