Joey Dalsey’s 31-yard field goal with 2:20 left in the first half put Shawnee up, 17-0, and they had completely outplayed Long Branch in every facet of the game, including holding Long Branch star running back Jermaine Corbett to 23 yards on seven carries up to that point.

However, instead of going into the half with their tail between their legs, sophomore Jayon Farrar gave the Green Wave the spark they needed to get up off the carpet.

Farrar fielded Oliver Stern’s kickoff at the 25-yard line and raced down the left sideline down to the Shawnee 40-yard line before Oliver ran him out of bounds.

“It was amazing,” Farrar said of his return. “My boy juice (Qua’zahun Dennis) gave me a good block and I was just able to take it up the gap.”

That was the long-awaited spark Long Branch was hoping for and they didn’t waste any time getting into the end zone.

On second down, Corbett took a screen pass from senior quarterback Marc Dennis down to the 19-yard line for a 16-yard pickup giving them a first down at the Shawnee 19-yard line.

Dennis followed that up with a strike to senior wide receiver Matt Clarke for 13 yards to the six-yard line for a first-and-goal with 1:15 remaining in the half. Corbett then finished off the drive running it in from six-yards out for the score.

“The line got it done and I followed,” Corbett said. “It means a lot to me to help this team win. I’m proud.”

“Jayon’s return was huge,” Dennis added. “He’s a sparkplug and only a sophomore. He’s been waiting all year for his moment and he got it tonight. Us deferring and scoring at the end of the half, we’ve been doing that all year and that was huge tonight.”

Diego Barkaszi’s extra-point kick pulled the Wave to within 17-7 of Shawnee as the first half expired with Long Branch due to receive the second-half kickoff.

“We played without five starters on defense,” said Long Branch head coach Dan George, who wouldn’t elaborate. “We had some young kids out there who were finding out just how different playing in a game is than practice and it took us a while to adjust.”

Long Branch took the second-half kickoff and drove 70-yards in 10 plays to get within three points, 17-14.

Dennis scrambled for seven yards for a first down on third-and-7 from the 38-yard line and on first-and-10 from the Shawnee 30-yard line he found Zahdierr Blueford on a slant over the middle for 29 yards down to the one-yard line.

From there, Corbett scored his second rushing touchdown of the night and the Green Wave were now not only three points from tying Shawnee but had the Renegades reeling, and it was about to get a whole lot worse for Shawnee.

On the ensuing kickoff, Don Frigiola took Barkazi’s kickoff at the 14-yard line and had the ball jarred loose by senior linebacker Luke Arnold, who finished with 10 tackles, and Arnold recovered the ball at the 27-yard line.

“In the locker room we knew this might be our last game ever so we needed to come out and just start balling,” Arnold said. “We made a few adjustments in the coverage and the way we were playing the run was hurting us so our D tackles and D ends just needed to step up and play more physical. We hadn’t been down at halftime yet, so we were angry and we turned that anger into furor and we kept pounding.”

The Green Wave caused three crucial turnovers, including two interceptions, in the second half that went a long way to helping Long Branch hold off Shawnee and get the win.

A two-yard run by Corbett followed by a five-yard keeper by Dennis set up a third-and-three at the 20-yard line. Dennis then rolled right on a bootleg and found Clarke wide open in the back of the end zone for a 20-yard touchdown that put Long Branch ahead for good.

“We’ve run that play all year,” said Dennis of his TD strike to Clarke. “It was a fake run and Matt did a great job acting like he was blocking before drifting into the back of the end zone for the catch. He just broke free and was wide open.”

The extra-point kick was blocked by Dalton Short and the score remained Long Branch 20, Shawnee 17, with 7:05 still left in the third quarter. The Green Wave had woken from a deep slumber to score 20 unanswered points in a little over eight minutes.

Brent Bialous returned the ensuing kickoff to the 30-yard line and drove to the Long Branch 20-yard line thanks in part to a pass interference call followed by an unsportsmanlike penalty that gave Shawnee a first down at the Green Wave 32-yard line.

However, on second-and-9 from the 20, senior safety Billy Levy picked off quarterback Matt Welsey in the end zone to stamp out the Shawnee drive.

The two teams traded punts, and then following another Long Branch punt, Shawnee took over at their own 36-yard line and moved to the Long Branch 37 on the strength of Dalsey’s nine and 17-yard runs.

Dalsey had a strong game rushing for 95 yards and two touchdowns along with catching five passes for 82 yards. He also kicked a 31-yard field goal and recorded nine tackles on defense.

On third-and-nine, however, the Long Branch big-play defense struck again when senior cornerback Devyn Blount intercepted the freshman Welsey at the 12-yard line returning it all the way to the 50-yard line stunting another potential Shawnee scoring drive with a little over five minutes left in the game.

A holding penalty on third-and-1 at the Shawnee 30 set the Green Wave back 10 yards and on fourth-and-10 from the 39-yard line, Dennis surprised the Shawnee defense lining up like they were going for it but instead getting off a running punt that rolled all the way to the nine-yard line.

The Renegades took over with 1:39 with only one timeout left. Dalsey gave them some hope picking up 16 yards on a screen pass but on second-and-10, junior Jayson Glasper dumped Welsey for a 13-yard sack.

But Shawnee wasn’t dead just yet. On fourth-and-23, Nate Summerville’s acrobatic catch-and-run for 29 yards gave them a first down at the Long Branch 44-yard line with 30 seconds left after Welsey spiked the ball to stop the clock.

An incompletion and a two-yard Welsey scramble left Shawnee with a fourth-and-8 at the 42 with 11 seconds and no timeouts left. Welsey then looked to go deep with a desperation pass but Glasper ran him down and sacked him again to end the game.

“This is the best moment of my life,” said Glasper. “I’m only a junior. I was just trying to apply pressure from the outside.”

Dalsey scored on a 17-yard run then caught a 16-yard yard pass from Welsey to go up 14-0 in the first quarter, then kicked his 31-yard field goal in the second quarter, as he had a hand in all 17 of Shawnee’s points.

Held to 29 yards on eight carries in the first half, Corbett finished with 85 yards on 21 attempts and completed his senior season with a state-best 2,021 yards rushing along with 26 touchdowns.

Dennis completed 12-of-19 passes for 135 yards and added 12-yards rushing on five carries.

With the win, Long Branch achieved their 12th win of the season for the first time in their storied program history.

“It’s the greatest team I’ve been around,” said George when asked if this was Long Branch’s best team ever. “The’ 86 team that ended 11-0 and finished second in the state might have something to say about that but in our defense, we won 12 games. I love these guys, they love each other, they love themselves and they love their coaches and that chemistry is special. It’s what all is right in high school sports.” 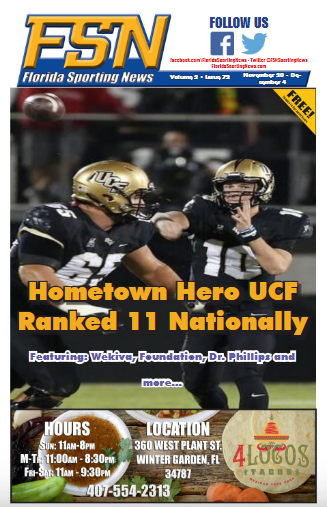 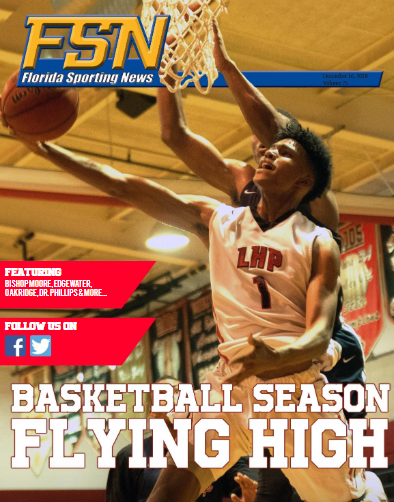