WEST LONG BRANCH – It wasn’t supposed to play out like this. Everything was in place for a perfect afternoon at sun drenched Kessler Stadium.

The fans were back at the stadium for the first time since 2019, the game was sold out and everyone was partying like it was 1969.

That was until Holy Cross (3-1) crashed the party and put a deflating 45-15 whupping on the Hawks.

“We had a lot of issues all day long right from the get-go,” said Monmouth head coach Kevin Callahan. “I didn’t think we played particularly well on either side of the ball and we played a good football team. They made a lot of plays and we didn’t and we couldn’t generate any response. You have to credit Holy Cross for that and we have to take a good look at ourselves.

The 19th-ranked Hawks (2-2) appeared out of sorts from the get-go and never really recovered. They entered the contest with a 19-1 record at Kessler and were riding a 10-game winning streak there, but all that is now a distant memory.

The last time these two team faced each other was at Kessler in the first round of the FCS playoffs on November 30, 2019, in a game dominated by the Hawks, 44-27. That loss must’ve stuck in the minds of the Crusaders players and coaches because they came into the game fired up and obviously wanted it more than Monmouth did.

Maybe Monmouth underestimated Holy Cross after seeing film of the Crusaders loss to Merrimack two weeks ago, but by the time they figured out the Crusaders were for real it was too late.

Whatever the reason was for their total ineptness, they certainly didn't resemble a team with huge ambitions for the season. Saturday’s game has to go down as one of the most disappointing performances in Monmouth football history and they now need to dig deep to see what this team is made of.

“We’re all responsible, not just one player or one side of the ball, it’s every player and every coach,” said Callahan. “We got to make sure we put ourselves in better position to have success moving forward. The only way we’re going to do that is to stick together, we can’t panic, we can’t point fingers and we got to take it for what it was which was a dominating performance by out opponent today and we got to get back to work and correct things and get back to playing the kind of football we all believe we’re capable of.”

The season is at a crossroads and it could go either way. It’s now up the players and coaches to choose which way the team goes.

After punting on their first possession of the game, the Crusaders scored touchdowns on their next four possessions to take a 28-0 lead at 9:24 of the second quarter and they never looked back.

They had drives of 75, 90, 71 and 75 yards while slicing through the Monmouth defense like butter.

“I didn’t think we did a very good job at tackling,” said Callahan. “If you’re going to play good defense you can’t give up explosive plays. I can’t attribute every score they had to a blown assignment and put that on our guys but there were some mistakes there, but as I said, there was poor tackling as well.”

In contrast, Monmouth was forced to punt on five of their six first-half possessions and turned the ball over on downs on the other.

Holy Cross’ dominance over the Hawks in the first half was reflected in discrepancy in total yardage with the Crusaders holding a whopping 353 to 97 advantage.

Trailing 28-0 at the half, Monmouth forced a three-and-out on the Crusaders first possession of the second half and after taking over on their own 30-yard line they marched 70 yards in 12 plays for a touchdown.

Monmouth sophomore quarterback Tony Muskett, who was under heavy pressure all afternoon and sacked six times, was hit as he threw on first-and-10 at the 13-yard line. His wobbly pass somehow made it to the goal line where senior wideout Joey Addarelli managed to scoop it up before it hit the ground.

Lonnie Moore IV then ran it in on an end around for a two-point conversion making the score 28-8.

There was now a tiny spark that became even brighter when the Hawks defense forced another Crusader three-and-out and a punt.

The momentum was turning – you could feel it - and with plenty of time left on the clock, maybe the Hawks could actually pull off a miracle come back and send everyone home happy.

Holy Cross caught Monmouth totally off guard and faked the punt with Patrick Haughney competing a short pass to upback Jacob Dobbs who then rumbled 41 yards to the Monmouth 34-yard line.

Dobbs, an All-Patriot League linebacker, was a thorn in the side of the Hawks offense all day finishing with 12 tackles and three sacks and spent most of the day in the Monmouth backfield.

Give credit to Holy Cross head coach Bob Chesney, that was a gutsy call that totally deflated the Hawks sideline and took the air out of the capacity crowd.

Monmouth held Holy Cross to a field goal to make it a 31-8 game but on the Hawks next possession Muskett was picked off when his receiver fell down.

The Hawks stopped Holy Cross on downs and then drove to the Crusaders 26-yard line but on first down the ball was snapped before Muskett was ready and Holy Cross recovered the fumble.

That would be Monmouth’s final gasp of hope as the Crusader then tacked on two quick scores to take a 45-8 lead with 9:08 left in the game.

Holy Cross held Monmouth’s All-Big South running back Juwon Farri to 53 yards on 13 carries while Muskett was 16-of-27 for 133 yards with a touchdown and an interception.

“When you have a running back like Juwon he is going to be the focus of other teams defense,” Callahan said. “They did things that made it very difficult to run the ball.”

The Crusaders doubled up Monmouth in total yardage, 507 to 254 but without Shirden’s garbage-time run the Hawks managed a meager 179 yards in total offense.

The Hawks will attempt to regroup for next Saturday’s home game against Big South foe Gardner-Webb.

“I am, this team has been through a lot and they’ve experienced success and they understand what it takes and the work that’s necessary to be successful,” said Callahan when asked if he’s confident the team can regroup and put Saturday’s loss behind them. “And I’m confident when we get back to work this week they’ll keep that in the front of their minds.” 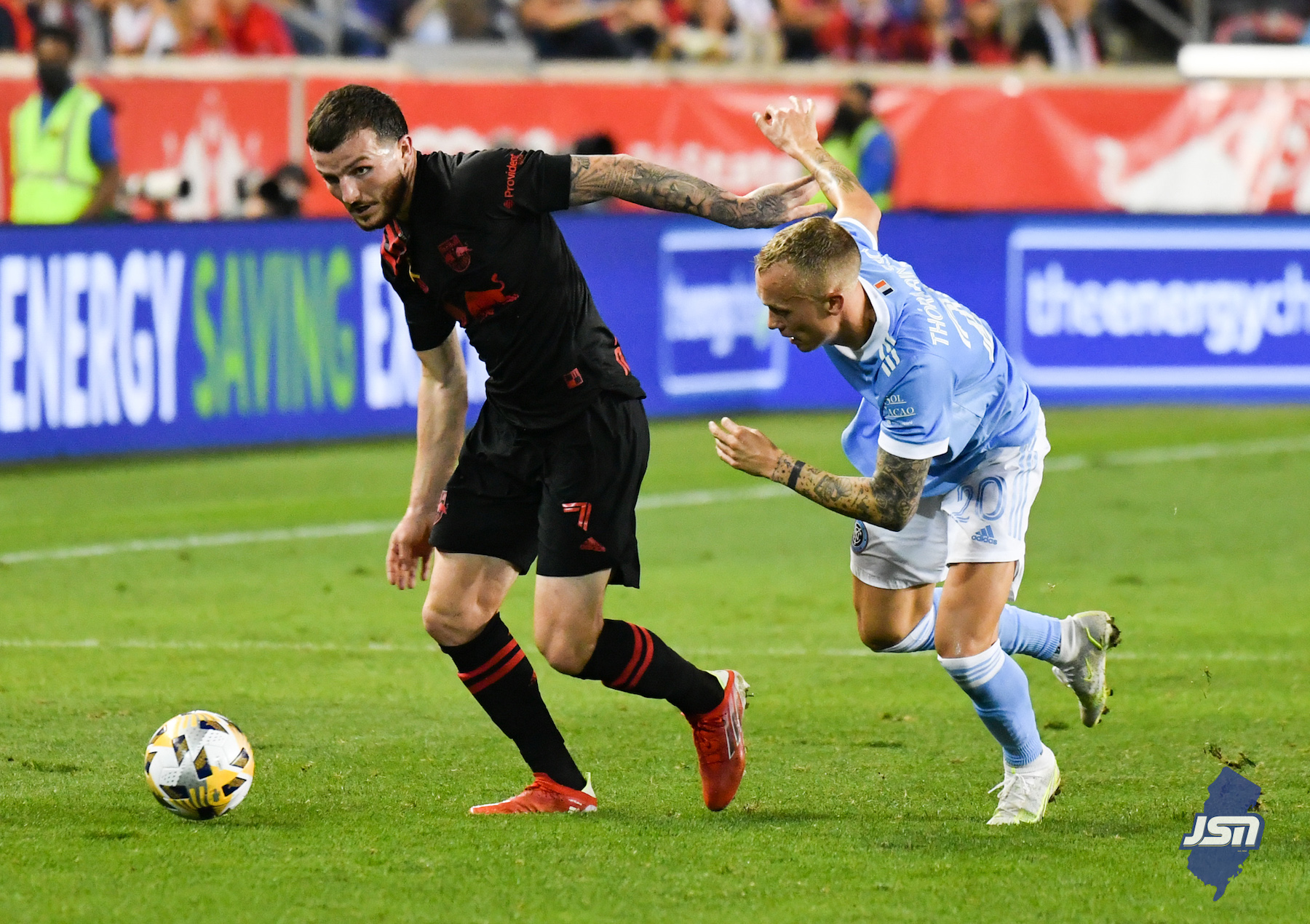