Jackson Memorial Hockey: Getting Hot At The Right Time By Lou Monaco

The Jackson Memorial boys hockey team is deep into the thick of things in the month of February, as it not only is fighting for seeding in the upcoming state tournament, but is looking for a Handchen Cup championship.

Sophomore forward Kevin Lalley, junior forward Nick Swain, sophomore forward Cooper Simon, and freshman forward Luke Satkowski each scored one goal apiece to lead fifth-seeded Jackson Memorial to a 4-1 victory over 12th-seeded Howell in the first round of the Handchen Cup at Howell Ice World in Farmingdale on Feb. 8. 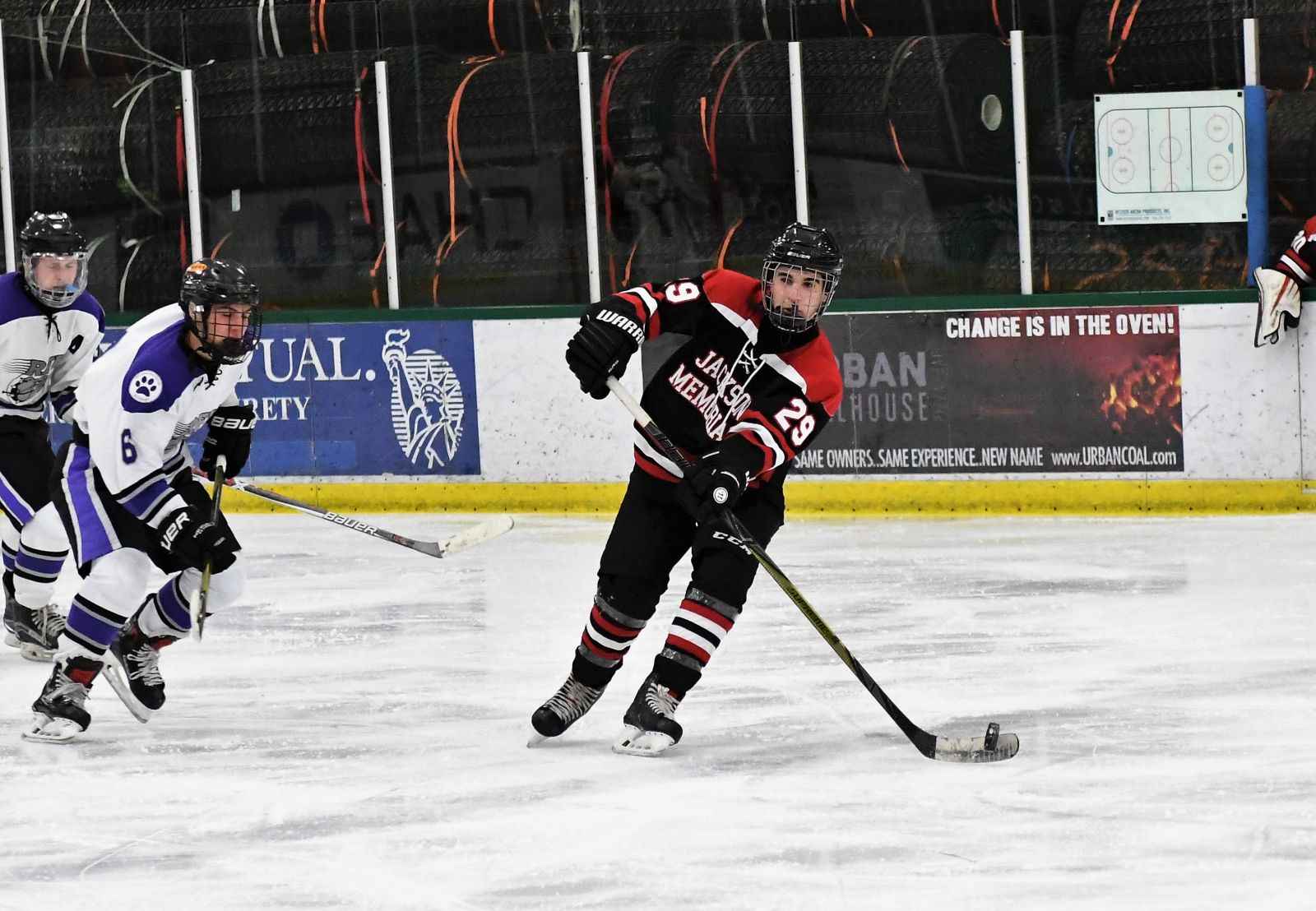 Lalley added two assists and Satkowski, senior forward Michael Krzyzewski, and sophomore forward Grantas Mozuraitis each dished out one assists apiece for Jackson Memorial (15-4-1), which has won three straight, seven of its last nine, and 15 of its last 18 games.

“The team played a very solid and responsible game on both sides of the puck. We had good forecheck pressure and coverage in the offensive zone, better results on play along the boards, and we were disciplined in not taking bad penalties,” said Jackson Memorial head coach Larry Clayton, who is in his fifth season at the helm and who recorded his 100th career victory earlier this season. Previously Clayton was the head coach at Toms River South for three years. “We were able to convert on the offensive side of the puck, scoring early, built a lead, and then worked hard to close out the game. Those are the kind of things you need to do against the quality teams we will face in this tournament and in the states.”

With the win, the Jaguars advanced to the semifinals and will visit fourth-seeded Middletown South in its second meeting of the season on Tuesday, Feb. 13 at 7:45 p.m. Middletown South defeated Jackson Memorial, 8-4, on Jan. 30.

“Middletown South is a quality team. We played them last month and didn’t play well. We are looking to play a much better game and hope obviously for a better result,” said Clayton. “All the teams we will face from here on out will be quality teams and that will require a solid, disciplined effort to compete against them. We are capable of that type of play, but we must execute at a very high level to have success.” 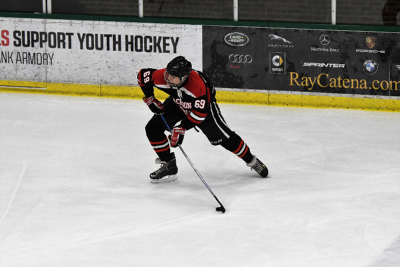 Statistically, Swain leads the team in goals (25) and assists (16), with Luke Satkowski adding 13 scores and 15 assists.

Krzyzewski has nine goals with 14 assists, senior Connor Lowrey has 12 assists, and Cameron Satkowski has tallied seven goals with 10 assists for Jackson Memorial, which is undefeated (7-0) in the Shore Conference A South and leads the division by half a game over Point Pleasant Boro (11-8-1, 7-1).

“The entire team, no matter what their role or contribution, plays an important part in the success of our team and program,” said Clayton. “It is a team game and any players contributions are important, whether they appear on the scoresheet or not. We rely on our strength as a team and not as individuals.”