Squaring off for the third time this season, NJCU (New Jersey City University) and Stockton University played for a bigger prize on Friday night at the John J. Moore and Athletics Fitness Center in Jersey City. The NJAC Tournament Title was on the line.

The two teams with different paths in advancing to the championship game. Fifth seed Stockton (5-4, 3-4 NJAC) defeated Rutgers-Newark in the quarterfinals, followed by an upset victory over top-seed TCNJ on their home court in the semifinals. Meanwhile, the 2nd seed Gothic Knights (7-1, 6-1 NJAC) crushed Rutgers-Camden in the quarterfinals. Initially scheduled to play Montclair State in the semifinals at home, Covid-19 protocols forced the game's cancelation, thus propelling NJCU to the title game.

Having already hosted 10 NJAC Championship games, the Gothic Knights were attempting to wipe out some bad memories of late. NJCU fell to Rowan University in the 2018-19 and back in 2016-17 lost a heartbreaker to Ramapo College on a half-court buzzer-beater by Thomas Bonacum.

NJCU led 11-8 with less than 15 minutes remaining in the first half, but Stockton erupted with an 18-0 run that lasted almost five minutes. The Ospreys were on fire from behind the arc, knocking down five trifectas. Gothic Knights senior guard Denzel Banks put an end to the drought by sinking a pair of free-throws.

Stockton sophomore guard DJ Campbell lit up the stats sheet, scoring 15 of his 19 points in the first half as the advantage ballooned to 19 points at the five-minute mark. NJCU ignited a rebuttal towards the end of the half, narrowing the gap to 45-31 heading into the locker room. The Ospreys were firing on all cylinders in the first half, shooting 48 percent, 8 of 16 from downtown, draining 7 of 10 free-throws, controlling the boards 26-16, fast-break points 14-4, points in the paint 14-4, second-chance points 12-0, and 28 bench points. On the other hand, the Gothic Knights shot a meager 25 percent, 4 of 10 from long distance, but the one bright spot was at the charity stripe where they made 11 of 14 free-throws.

NJCU Head Coach Marc Brown on the message to the team at halftime, "It was a pretty message that came out, we weren't in sync, and I was worried we hadn't played in a couple of weeks. We won pretty handily against Rutgers-Camden with guys who didn't play a lot of minutes. They came in on a roll beating Rutgers-Newark and The College of New Jersey, so they were in rhythm and sync, and that's what happened basically in the first half. We weren't ready to play, they were making shots, and we weren't."

The Gothic Knights reduced the margin to 47-36 in the first minute of action in the second half before Stockton exploded for a 10-0 run. Ospreys junior guard Kyion Flanders (14 points) fueled the spurt with seven points. Trailing 64-44 with less than 12 minutes remaining, NJCU began to shift the momentum with their defense. A stifling full-court press forced the Ospreys to turn over the ball several times. NJCU limited Stockton to two points over a three-minute duration resulting in a 14-2 run to trim the deficit to single digits. 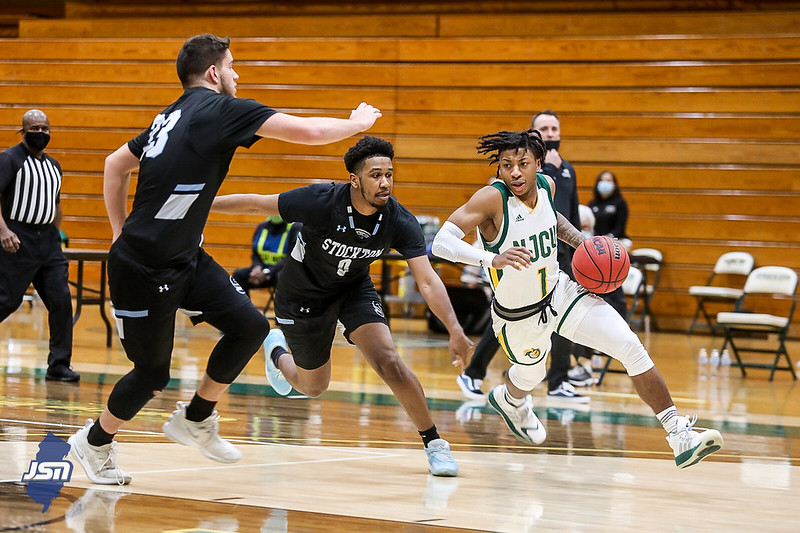 Stockton Head Coach Scott Bittner on the second-half, "Anytime you play Jersey City, you always put on your board it's a 40-minute game because when you have been in this league for a long time, you realize no lead is safe because Marc (Brown) does a great job. You know that the kids play the next play as hard as they can regardless of what just happened."

"We tried the press in the first half, and it didn't work," recalled Brown. "They were getting open looks out of our press, so we took it off, but it counted when needed it to count. That's what happens when you constantly press it wears teams down, so I think they got a little tired."

The Ospreys managed to stem the tide briefly, increasing the lead to 72-62 with four minutes to go. Instead of bowing into the pressure, NJCU dug in. They hit six free-throws in the final two minutes of action that sliced the margin to 77-76. After Stockton sophomore guard Rynell Lawrence missed a pair of free throws with 16 seconds left, that set the thrilling conclusion stage.

Denzel Banks dribbled aggressively into the paint, making a cross-court pass to Hakeem Wilson. A kick out pass from Wilson to junior guard Kayton Darley set up the three-point score at the buzzer.

In the second half, the Gothic Knights shot 47 percent, 5 of 9 threes, and outrebounded Stockton 22-15. NJCU's defense held the Ospreys to 37 percent shooting and 2 of 10 from behind the arc. Overall, the Gothic Knights won points off turnovers 26-23, forcing 23 Stockton turnovers and fast-break points 24-21. Kayton Darley and Derryen Whyte each finished with 17 points apiece while Denzel Banks chipped in 12 points, and Michael Clement added 10 points. Tariq Baker poured in 20 points for Stockton.

Kayton Darley, on the game-winning three-point shot at the buzzer, "I felt good once it left my hands and everybody told me the same thing. Once I let it go, everybody thought it was going before it hit the net. It didn't really settle in until when we got down to the locker room, and we're all celebrating and had our meeting and how hard we worked to get to the championship."

"It just shows the character; this team is completely different from last year as in just the faces and for us to come in on our first year and play together. It proves we were just meant to win the championship from 1 to 15. All these guys had the same goals in trying to win and knew it was going to take whatever it takes, and we showed it by coming back."

"We have been working hard since October, Coach (Marc) Brown is just keeping on point, remembering what the goal is, and nobody's slacking off. If there were any points in time, we should work and stay the course and no distractions." 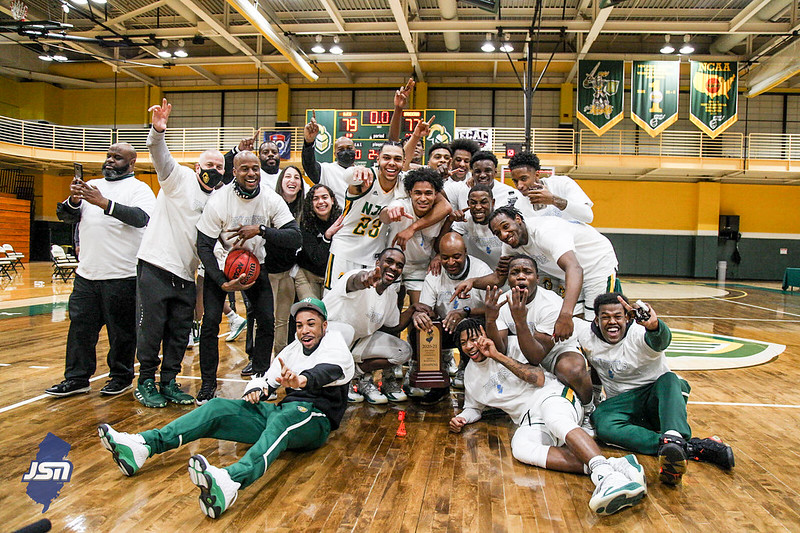 Head Coach Marc Brown on the NJAC Championship Title, "The program has been in my family for 39 years between my father and we're all about winning. My father won five, and this is my second one. Our starting point guard goes out, that's pretty tough, and other guys stepped up. We didn't play a full season; I really appreciate the administration and people in NJAC for letting us get through this year. We have been on the short end of the stick a couple of times in the last four or five years; I thought we have two championships away and taking nothing away from the other teams, so it was just a great feeling and to have some fans in the gym."

"This is a real tight group; they like each other on and off the court and hang out with each other, and nothing is forced. The older guys take care of the younger guys."

Brown had nothing but admiration for Darley after the game. "He's a versatile guy I've asked to play basically every position this year, He played the 1 through the 5, and he's one of the most intelligent players I've ever coached, and it just showed; last night."

"Honestly, it looked good when it left his hands when Kayton is ready to shoot, and his feet are set, and we work on this all the time in practice in shooting drills, and he makes it most of the time, and he was open and confident." 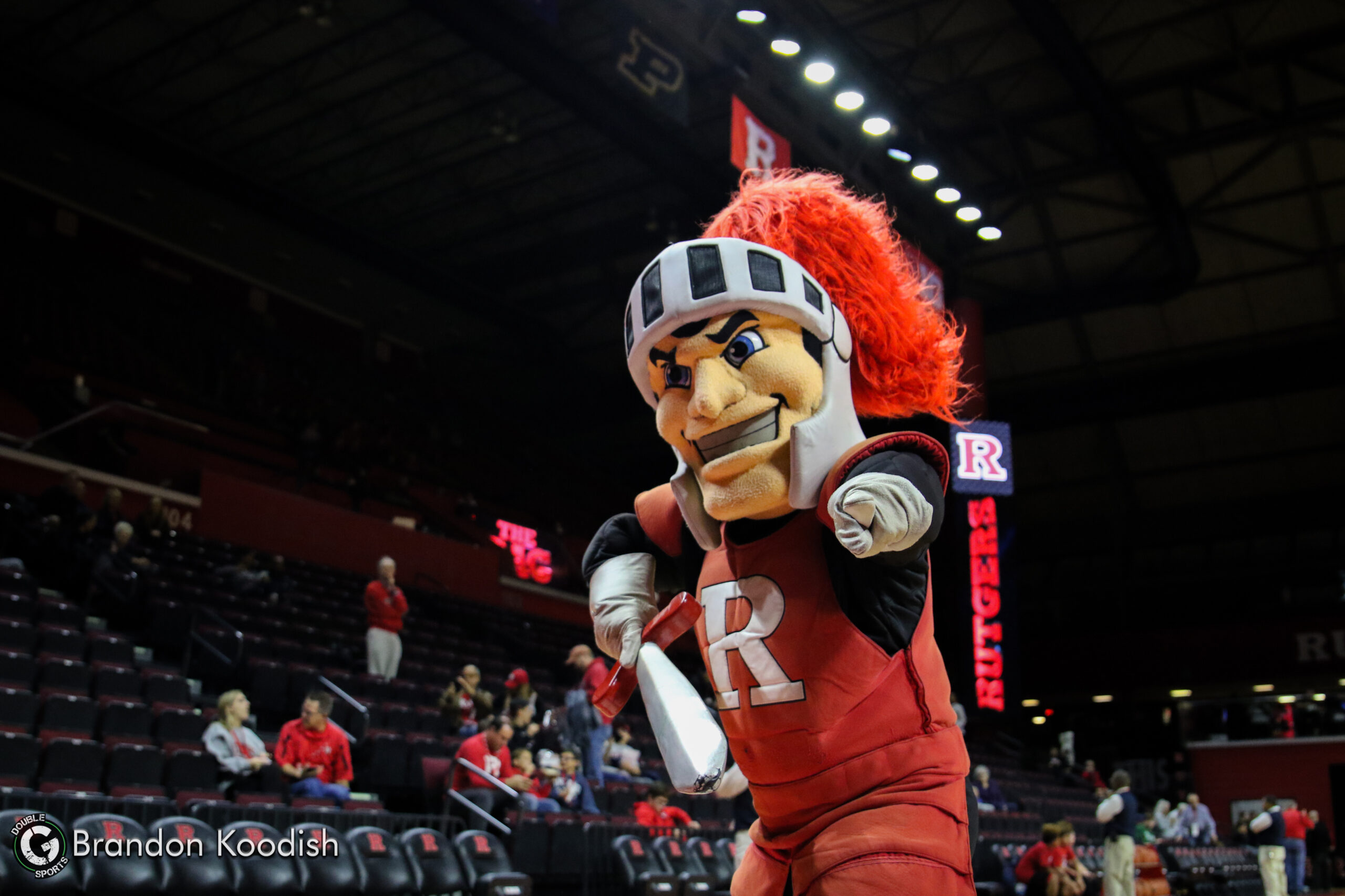