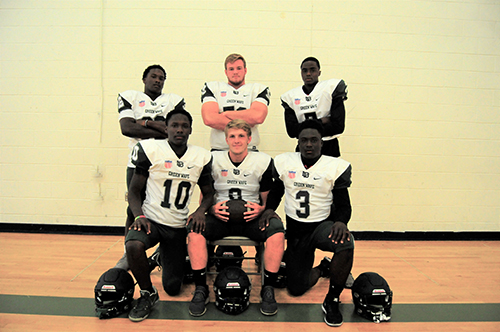 LONG BRANCH – Coming off its first championship season since 1999 when they won the NJSIAA Central Jersey Group IV title, Long Branch is ready for another run at a championship after waiting 18 years to bring home the program’s second sectional title.

Although some of the vital pieces from last year’s championship run have moved on, including current University of Pittsburg freshman tight end Kaymar Mimes, Monmouth University freshman wide receiver T.J. Fosque and Susquehana University freshman quarterback Juwan Wilkins, the Green Wave do bring back six starters on offense and eight on defense and should be considered one of the preseason favorites in Central Jersey Group III.

With Wilkins gone, Long Branch will need to replace not only his 2000-plus yards-passing and 22 touchdowns, but his on-field leadership as well.

Luckily for the Green Wave, they believe they’ve found the right man in senior Marc Dennis, who was the starting safety and the backup quarterback on last year’s team after splitting time under center with Wilkins in 2016. Dennis started one game a year ago at quarterback so he knows the system s and has stood out this summer in preseason camp.

Dennis was one of the leaders on defense last season and has shown those same leadership qualities at the quarterback spot this summer drawing rave reviews from both coaches and players for his work ethic and on-field demeanor. He has adequate arm strength, reads the field well and is a dangerous runner – something Long Branch plans to capitalize on.

“I’ve been really comfortable back there,” Dennis said of his new-found role. “I played one full game (last season) at quarterback and felt pretty comfortable. It’s not anything too new for me and Juwan (Wilkins) still helps me out.

“Juwan was more of a passer but I bring more of a running aspect to the game. I think I will give the defense another thing to watch out for, so I like bringing that added dimension to our offense. I have some big shoes to fill, but I like the pressure.”

Starting wide receiver Matt Clarke, who had 27 catches for 349 yards and two scores, including one TD in the final, has been impressed with Dennis’ play so far in camp.

“I like Marc at quarterback; I’ve been playing with him since AYF and he’s a great athlete,” said Clarke. “It’s good because he can run, throw on the run or find me from inside the pocket. It’s been really fun watching him play.”

Long Branch will probably turn to second-team All-Shore running back Jermain Corbett in an even greater capacity early in the season while Dennis gets his feet wet – but that’s a good thing.

All the 5-foot-9, 180-pounds Corbett did during his breakout sophomore campaign was rush for 1,418 yards –sixth in the Shore Conference – on 263 carries (5.4 yards per carry) while scoring a team-high 14 touchdowns, including running for 152 yards and scoring two touchdowns in the Green Wave’s 43-42 overtime win over Freehold in the championship game.

Several players are battling it out for the backup running back spot, including seniors Qua’zahum Dennis, Devyn Blount and junior Jah’ Kwan Gordon.

Senior Fullback La’Qym Morris also returns to the backfield. The 5-foot-8, 200-pound Morris is a devastating blocker as well as punishing runner when called on, especially in goal-line situations where he scored five touchdowns a year ago.

Look for the 6-foot-4 Clarke to up his game a notch this season as he takes on the No. 1 role. He has the potential to be one of the top receivers in the Shore Conference this fall and, with his familiarity with Dennis, could lead to one of the better quarterback-wide receiver combinations in the Shore.

Sophomore Jaylon Farrar has had an excellent summer camp and, according to head coach Dan George, he has been one of the most impressive players in camp. Farrar looks to have locked up the No. 2 spot at wide receiver with Junior J.J. Sherin, Blount and senior Zahdierr Blueford in the wide receiver  mix as well.

The offensive line returns the left side of the line and center with first-team All-Shore left tackle Kevin Cerruti leading the way. Cerruti is a 6-foot-3, 285-pound road grader who has received an offer from Monmouth University. At left guard, 6-foot, 240-pound Hunter Metzler returns along with 6-foot, 225-pound senior Tracy Taylor Jr. who is back to anchor the line at center.

Seniors Jaheir Smith-Taylor and 5-foot-11, 245-pound starting defensive end Vic Torres get the starting nods on the right side of the line at tackle and guard, respectively, with starting defensive tackle Imir Durant also in the offensive line mix.

“Returning three starters on the line is huge,” Cerruti said. “Everyone who is playing on the line this year saw snaps last year, so there really aren’t any adjustments there.”

On defense, Long Branch returns eight starters, including all three of their linebackers in their 4-3 look. Second-team All-Shore linebacker Luke Arnold will again man the middle where he was third in the Shore Conference with 131 tackles a year ago. Morris and Gordon will flank Arnold on the outside forming one of – if not the best – trios of linebackers in the Shore.

Arnold will also be replacing Mimes as the starting tight end this season and with his size and toughness you can expect him to flourish there.  Seniors Lucas Telles (6-foot-3, 215 pounds) and Niles Montgomery  (6-foot-2, 215 pounds) will also line up at tight end, as well as both doubling at defensive end in the Green Wave’s deep rotation of defensive linemen.

Cerruti, who has been unstoppable in preseason scrimmages, will man one defensive end spot with Torres at the other. Metzler and Durant are the starting tackles with Taylor Jr. also in the rotation. All five starting offensive linemen will likely see snaps on the defensive line as well as junior Beyon Jennings.

“Our front seven is really deep and we have great chemistry,” Cerruti said. “Everyone is connected and we know how to play together.”

Morris will also line up at the “Rover” positon covering open space depending on the defensive look.

Dennis at safety and Corbett at cornerback return as starters with Blount, Ferrara, junior J.J. Sherin and seniors JaQue Coleman, Latrell Bennett, Tyrone Hastings and Billy Levy all in the secondary mix.

“The defense is looking really good this year; everyone’s just playing balls to the wall,” said Arnold. “I feel the defense is the strength of the team right now, we’re just so deep with everyone back.”

Long Branch is one of the preseason favorites to capture the Central Jersey Group IV title again this season and if they can avoid some of the usual pitfalls that accompany a championship, they should be able to make another run at a title.

“That’s really just in the back of our minds, we’re just focusing on game-to-game,” Arnold said when asked about the chances of repeating. “Last year’s in the past and we don’t really feed off of that. But, yea, the goal is definitely back-to-back.” 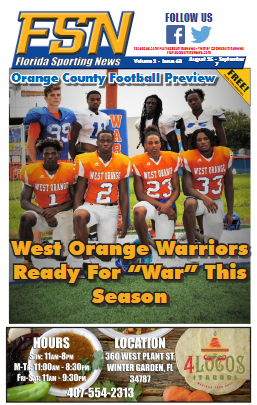 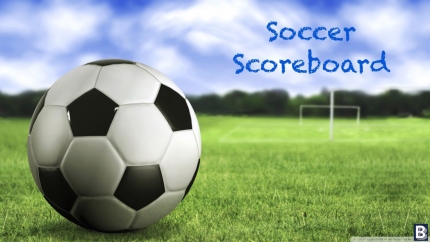