WEST LONG BRANCH – In what very well could be a prelude to the upcoming Shore Conference Tournament final, No. 1 CBA fought off No. 2 Manasquan, 6-4, in a game that was as entertaining as advertised and kept the Colts’ undefeated record intact at 13-0. 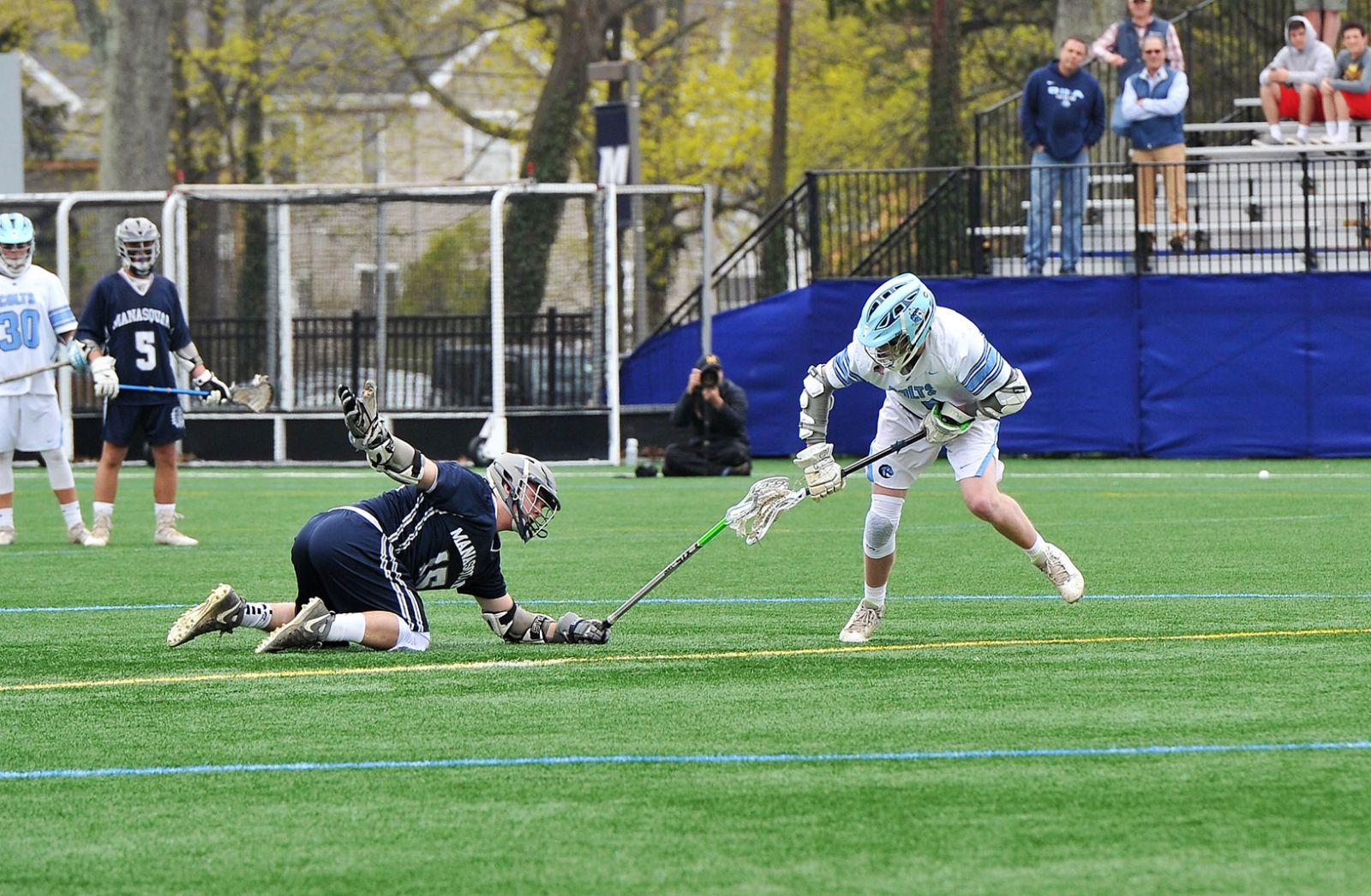 Behind stellar goal tending by senior Chris Downey and a lock-down defensive effort by junior Tommy Gray the Colts – ranked fifth in the state – held the high-scoring Warriors, who came into the contest averaging a little over 16 goals per game, to just four goals.

Downey was the story of the game making one fabulous save after another while stopping 11 shots on goal. He turned away numerous one-on-one chances by Manasquan – ranked No. 11 in the state – and just seemed to be in the right spot at the right time to make the save.

“That’s as good a performance as any high school goalie I’ve seen,” said CBA head coach Dave Santos of his goalie’s performance. “In the biggest game of his career to date, he stepped up big time. He’s such a great athlete and is playing with such confidence; we don’t curtail him at all. We let him read the game and do what he wants. He was outstanding today.”

The Colts’ game plan entering the high-stakes matchup was to limit the damage that Manasquan junior attackman Canyon Birch, who came into last Friday’s game as one of the state’s leading scorers with 60 goals and 20 assists in 10 games, could inflict and for that job the Colts turned to Gray. 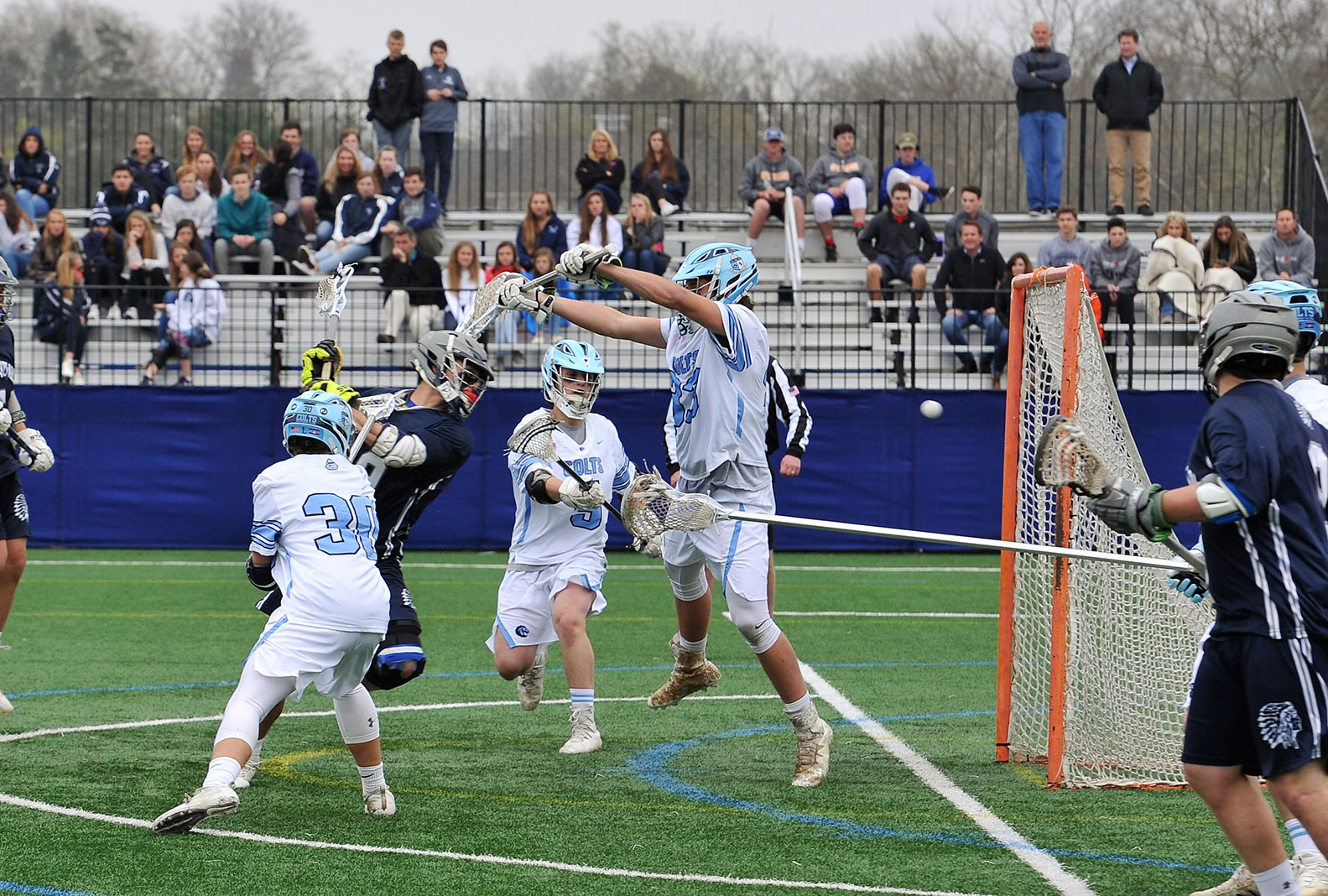 Gray blanketed Birch all game cutting off the passing lanes in his direction and when Birch did get the ball the Colts where all over him with double teams. The strategy worked as the Colts held Birch – one of the most lethal scorers in the state – to just one goal and that came off a turnover and fast break after he intercepted a pass at midfield.

“We decided that Tommy is so talented and we like the matchup with him and Canyon, and if we can get Canyon out of the offensive picture on most of their possessions our chances are better,” said Santos. “On a lot of their offensive possessions he didn’t touch the ball and that might’ve been the difference in the game. To hold Canyon to one goal is quite an accomplishment and it was Tommy’s duty to shut him out and he did.

“Our defense has been our strong point all year. It starts with Chris and Tommy but you also have Ryan Tierney and Max D’Andea and then our D-middies, all of them today, their work rate was outstanding and they were helping in our transition play. That kind of changed the game.”

CBA trailed after the first quarter, but a three-goal run to start the second period gave the Colts a 4-2 lead. Robbie Hermansen, Kevin Junquet and Connor Macrea all scored during that stretch, turning a 2-1 first-quarter deficit into a 4-3 halftime lead. 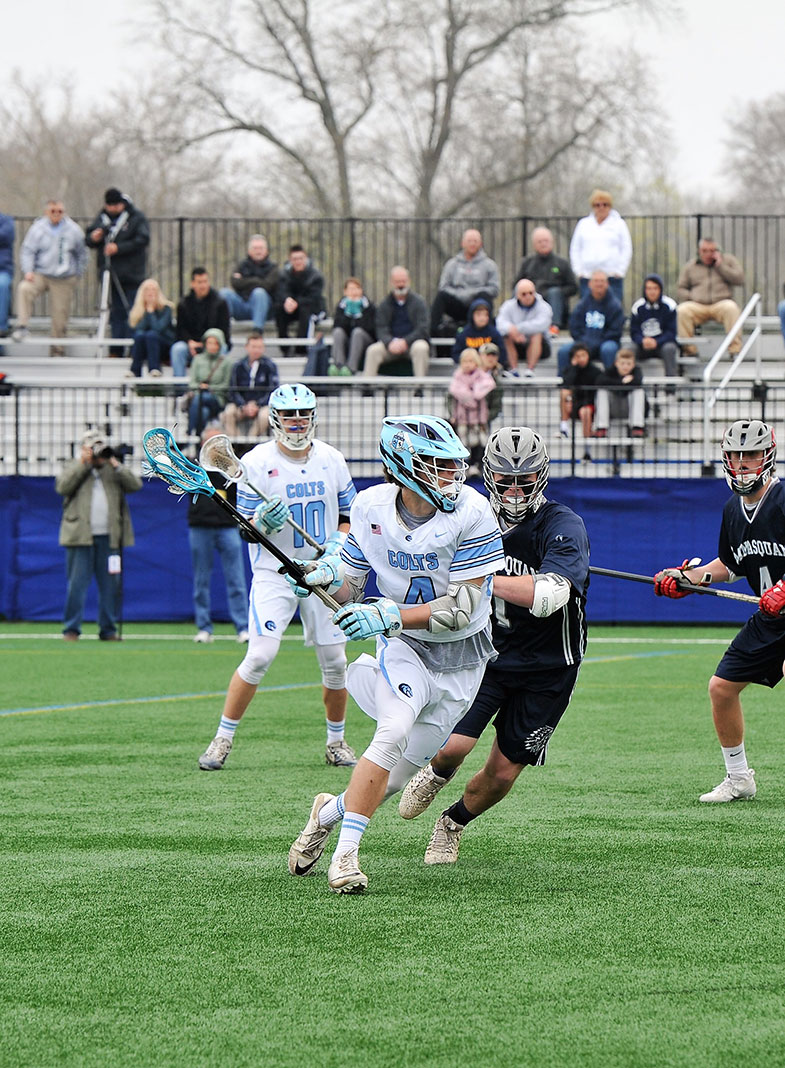 Junior midfielder James Pendergist and Birch had put Manasquan up, 2-1, and after CBA took a 4-2 lead, Pendergist pulled the Warriors to within 4-3 at the 8:05 mark of the second quarter with a fancy behind- the-back shot.

Early in the third quarter, Pendergist tied the score at four taking a pass from Ryan Anderson and sending it past Downey from the left side of the cage.

The Colts regained the lead for good late in the third quarter when Luke Valentino scored on a 15-yard shot off a pass from Macrea and Mike Carroll added an insurance goal with 6:25 left in the game.

Pendergist finished with three goals for Manasquan and goalie Mike LaPoint was fantastic in goal for the Warriors with 11 saves while helping to keep the game winnable.

Macrae led the Colts with two goals while four Colts had a goal apiece.

CBA received the top seed in the Shore Conference Tournament and will host No. 16 seed Middletown North on Saturday in the first round while the second-seeded Warriors (13-2) host No. 15 seed Lacey in first-round action also on Saturday.

UPDATE: CBA hammered 16th- seed Middletown North, 17-0, advancing to Tuesday’s quarterfinals against eighth-seeded Shore Regional, a 12-8 winner over ninth-seeded Holmdel. Dan Martin and Carroll each had five goals in the win with Carroll adding two assists and Martin three. Manasquan destroyed 15th-seed Lacey and will face seventh-seeded Freehold Township, a 7-3 winner over 10th-seeded Howell. Ryan Anderson and Birch each had four goals and Casey Campbell and Mike Farinacci had two apiece for the Warriors.