MIDDLETOWN – Middletown Ice World has been a popular place this winter, as it plays home ice to two of the top teams in the Shore Conference, one being Middletown South. 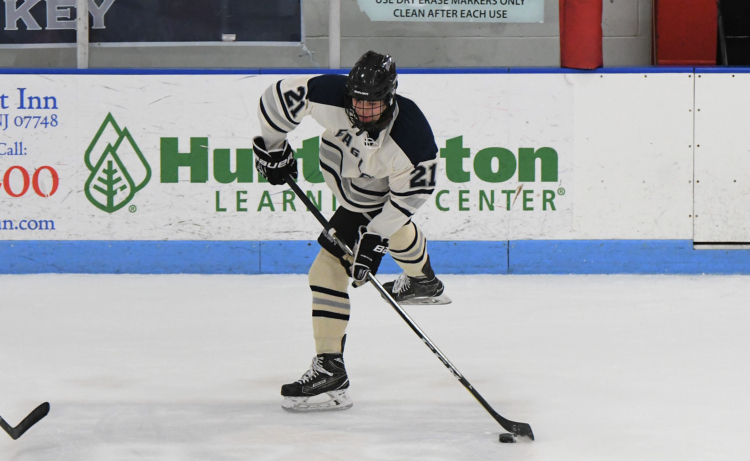 With a 14-4-2 overall record and a 5-2-2 mark in divisional play, Middletown South finished in fourth place in Shore Conference A North behind crosstown rival Middletown North, Saint John Vianney and Wall. The Eagles claimed the No. 4 seed in the Shore Conference Tournament’s Handchen Cup and claimed a first-round shutout victory over No. 13 seed Manalapan, 3-0. 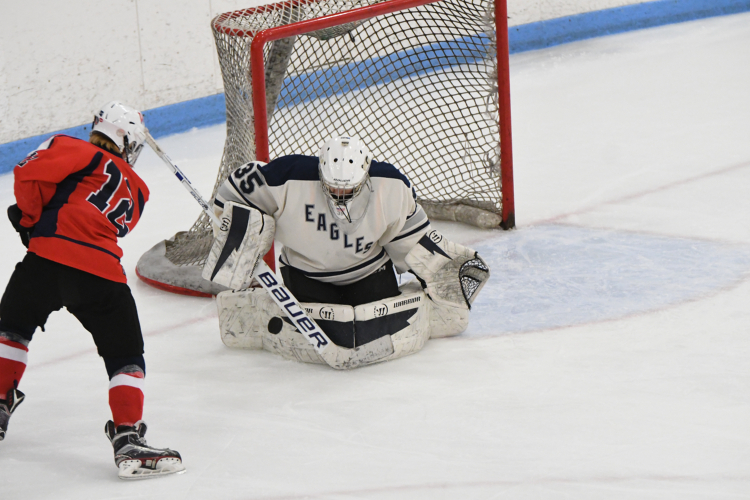 In goal, the Eagles possess a duo of juniors in Clay Simonsen and Adam Bloodgood. Simonsen has 219 saves this season and has a save percentage of 90 percent, while Bloodgood has 147 saves and an 85 save percentage.

Middletown South looks to keep its run in the Shore Conference Tournament going when it plays No. 5 seed Jackson Memorial in the semifinal round of the Handchen Cup at Jersey Shore Arena in Wall. The Eagles defeated Jackson Memorial, 8-4, on Jan. 30 in the only other meeting this season between the two teams.