Monmouth's offense and defense battle in first scrimmage of preseason

WEST LONG BRANCH – After two weeks of practice in blistering heat, the Monmouth Hawks were blessed with a beautiful fall-like day on Saturday for their first of two intrasquad scrimmages to be held during the preseason.

Both the offensive and defensive units had their moments as the team ran through 100 plays from scrimmage, including goal-line situations, two-minutes drills and special teams.

“It was good competition,” said Monmouth Head Coach Kevin Callahan. “Anytime you go against yourself you got to take the good with the bad because what’s good for one side of the ball isn’t necessarily good for the other side and it goes back and forth. I think what we saw here today was a lot of really good back and forth on both sides of the ball.”

Four quarterbacks took their turn behind center with veteran signal caller Tony Muskett – a first team Colonial Athletic Association Preseason selection – getting the bulk of the snaps. Unofficially, Muskett was 14-of-21 for 112 yards with an interception and also had a pretty 15-yard scoring pass to Dymere Miller on a fade in the corner of the endzone during goal line drills. 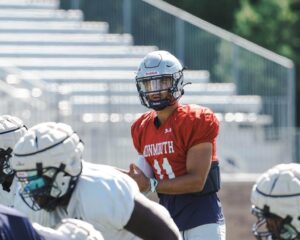 Miller, who finished third on the team in receiving yards a year ago with 267 yards on 20 receptions, is primed for a huge season and looks to be one of Muskett’s top targets. Unofficially, he had five receptions for 86 yards on Saturday and displayed uncanny knack of breaking free and picking up chunks of yardage after the catch (RAC).

“This is the best part of camp,” said Muskett following the scrimmage. “We had 10 hard practices leading up to it then its good to come out here and play a scrimmage. Obviously, it’s intrasquad but we love to compete, and we got some great work done today.

Callahan liked what he saw out of Muskett and feels his quarterback is right where he should be at this stage of summer camp.

“Tony did a good job and he’s had a very good camp so far,” said Callahan. “He’s obviously the leader of our offense and everybody respects him. We all know he’s extremely talented and he’s just doing a very good job consistently day-after-day.”

Freshman quarterback Enzo Arjona had an up-and-down performance unofficially completing 10-of-14 passes for 50 yards, including a 7-yard touchdown strike to sophomore wideout T.J. Speight on a slant in the endzone and a scoring pass to Darrion Carrington – a transfer from Yale and former Toms River North standout - in the goal line period. He did, however, toss two interceptions but also had a nice run for plus yardage on a keeper that was brought back on a holding call.

Monmouth’s third quarterback of the afternoon, sophomore Frankie Savino, had a productive outing unofficially completing 9-of-14 passes for 61 yards, including a scrambling 15-yard touchdown pass to reserve tight end Cory Englehardt. Sophomore quarterback Johnny Gilchrist went 2-for-3 for 25 yards with an interception.

“We used a lot of different backs today taking a look at some people,” said Callahan. We didn’t have two guys (Owen Wright for one) today but I thought the running game did a pretty good job today.”

The rebuilt offensive line led by senior left tackle Justin Szuba, who missed all of last season with an injury, was solid and didn’t allow a sack and got some good push in the running game. Senior Oliver Jervis who had 10 starts at tackle last season and figures as a starter again this season sat out the scrimmage.

“Obviously we lost some fifth and six-year guys that helped win a lot of games,” said Muskett. “But we have guys on the offensive line that have been ready to play now for a couple of years and now they’re finally getting their opportunity. I feel like they’re playing really hungry, really determined and are really nasty in the trenches.”

Callahan thinks the offensive line is really coming along and expects them to be just fine.

“Although on paper we lose five starters from last year we’re not young. We got older guys coming back that just haven’t played a lot. We’ve got Justin Szuba coming back and he’s the glue that holds that group together and he’s doing a really good job with his leadership.”

Defensively, the unit had four interceptions on the day and although they didn’t produce a sack, they brought a lot of pressure on the quarterbacks and forced them to rush things. Senior safety, Tyrese Wright, a Big South second team selection a year ago, had some big hits and an interception that ended the two-minute drill period.

Monmouth's secondary as a whole, including Wright, graduate student Eddie Morales III, junior Mike Reid, Temple transfer Thomas Joe-Kamara and sophomore Jaylen Dotson were impressive Saturday, and the unit looks to be a strength of the defense.

“Collectively we’re all leaders,” said Wright. “We’re a down-hill defense, especially on the back end, and we all can cover as well. We’re all-around just great players and love to hit. Eddie’s one of the hardest workers on this team and pushes me every day. Mike Reid is a lengthy guy who can really move and is a great asset to our defense and Joe-Kamara is a great addition to our defense.”

Senior linebacker and former All-Big South DaQuan Grimes missed all of last season with an injury and sat out Saturday’s scrimmage but has looked good in camp and should be ready to go for the start of the season.

“I thought we did okay,” said Monmouth defensive coordinator Andy Bobik. “The first time you get an extended period of tackling you wonder how well you are going to do but I think we tackled okay. We got our hands on the ball but I’m more upset on fouling people.

"I liked the way the front played today. We got some new guys up front and I thought they did a good job in the run game and put some pressure on the quarterbacks, and we had a pretty good day with that stuff. I think we’ve made some strides but until we get into it week in and week out you really don’t know. But I was pleased with what I saw today, and it looked pretty decent.”

“I’m not happy with the penalties we had, and I think procedurally we need to get better, and we will. The good news is we don’t play until September 1 so as long as we learn from the things we didn’t do well today, and we build on that, we’ll be in good shape.” 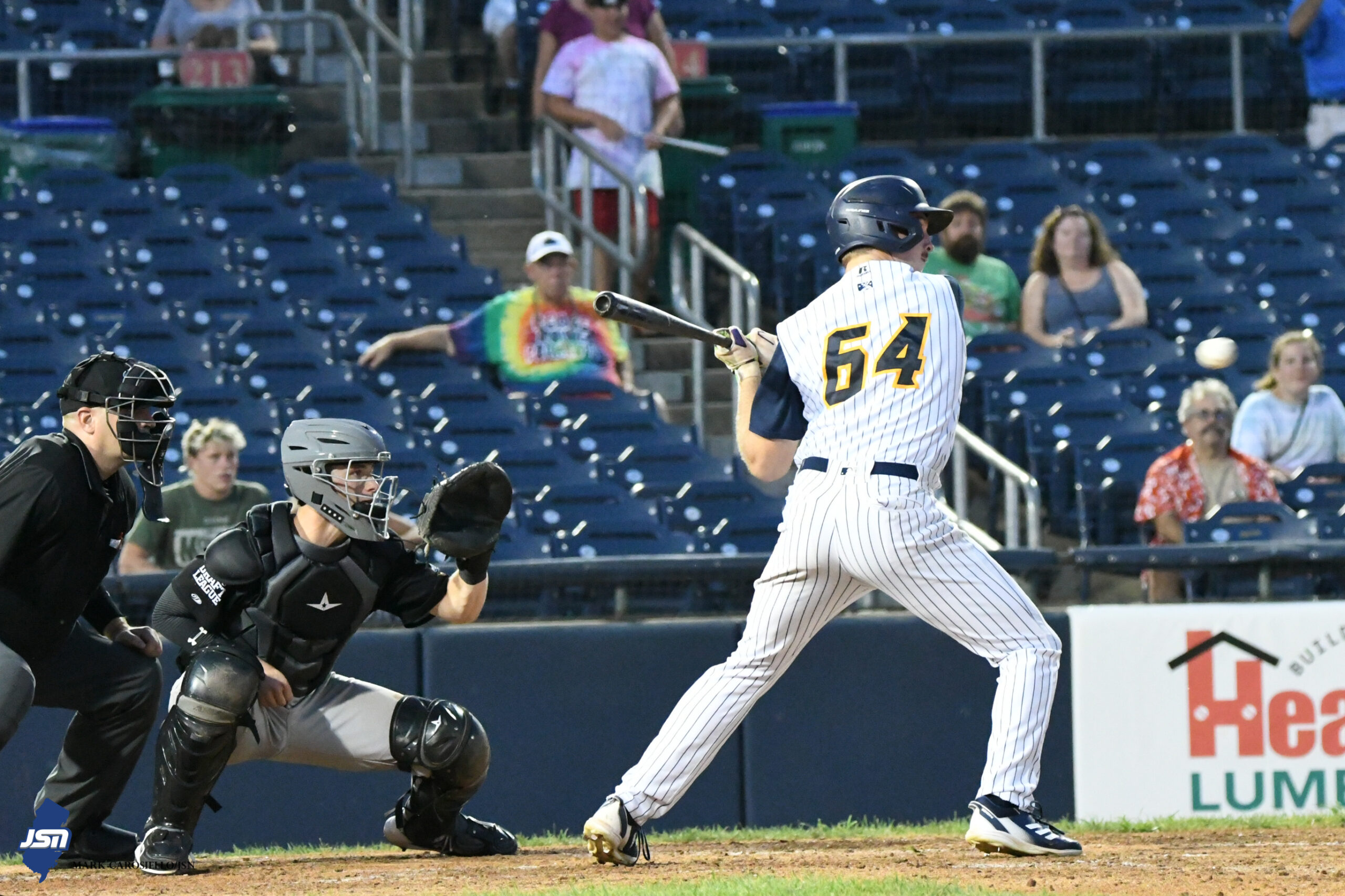 Thunder bounce back against Black Bears in ... 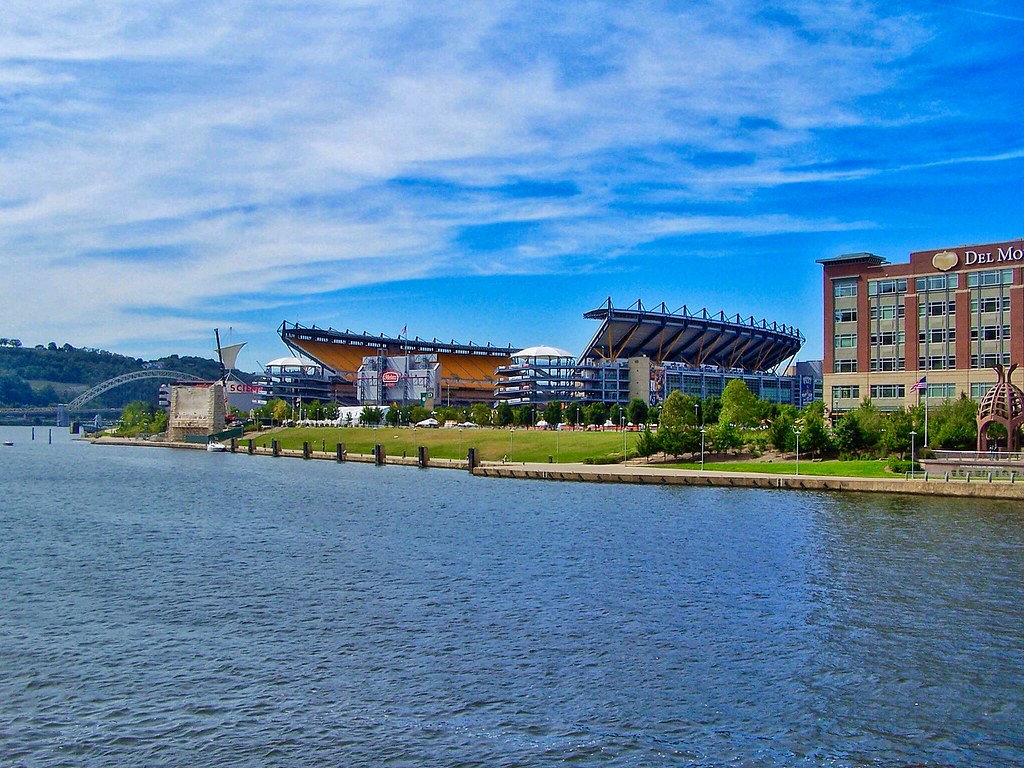