Despite Losing Four Winnable Games, Monmouth Has Proven It Belongs in CAA

WEST LONG BRANCH – Entering the 2022 season, the Colonial Athletic Association (CAA) was ranked the third strongest conference in all of FCS football behind the two perennial power conferences, the Missouri Valley and the Big Sky.

This is in spite of losing long-time member James Madison, ranked No.3 in the final 2021 rankings, to the Football Bowl Subdivision (FBS), formerly known as D-1A.

As we approach week nine, the CAA has held firm to that spot after placing five schools in the most recent STATS Perform FCS Top 25, while two other schools received votes.

Monmouth is a first-year member of the CAA after spending the previous eight years as a member of the Big South Conference where it won two conference championships and qualified for three NCAA FCS Playoffs.

“Without a doubt,” Monmouth head coach Kevin Callahan said when asked if the CAA is everything it’s cracked up to be. “In some years it has sent six teams to the NCAA FCS Playoffs which is 25 percent of the field. So, we knew that it is a conference where it’s not only competitive week in and week out but there’s an awful lot of very good teams. There’s great parity in this league and every single game you better play your best football or you’re not going to win.”

Joining the CAA is considered a big step-up in competition for the Hawks and one that was long sought after for its Northeast flavor and its member school’s close geographical proximity to Monmouth, among many other perks. The University of Rhode Island or the University of New Hampshire for example are highly recognizable schools in the Northeast that gives its fan base, as well as prospective recruits, names of schools they can associate with as opposed to the far away Big South schools most have never heard of.

Gaining admission to the CAA was a coup for Monmouth and one they’ll reap benefits from for years to come.

“It definitely is,” said Monmouth junior quarterback Tony Muskett when asked if playing in the CAA is what he expected. “I have a ton of respect for all the teams we’ve played so far and a ton of respect for the teams we’re going to play in the next three or four weeks. We knew going in it’s a very competitive league that really takes your best every single week. You can beat or get beat by every team you’re playing. It’s been awesome so far and definitely what I expected and I’m excited to keep on going and pushing the limits of where we can take it.”

As a newcomer to the conference, Monmouth was picked to finish 10th in preseason projections. The Hawks are currently 4-4 overall and 2-3 in the CAA which puts them ninth out of 13 schools in the conference. Their record, however, is deceiving since their four losses have come by a combined 25 points and they held the lead in three of those four losses deep into the fourth quarter.

Eliminate a play or two in each of those losses and Monmouth could actually be 7-1 or even 8-0, which is really no stretch of the imagination.

“That’s a little tough to think about,” said Muskett. “We have been so competitive in our first year in the league and I feel we very easily could be 8-0 and battling for a conference championship. But being where we are allows us look back on it and grow upon it. They say you either win or you learn, and I feel like we really have that mantra where although we didn’t come out on top in those four games, we continue to take lessons from them and learn how to play better in the fourth quarter and to finish better and how make plays down the stretch.”

Take their opening night 31-21 loss to New Hampshire (6-2, 5-0) which sits atop of the CAA standings and are ranked 19th in the country. Monmouth held a 21-17 lead until Wildcats scored with 6:20 remaining in the fourth quarter to take a 24-21 lead. However, a Muskett pick six on the Hawks ensuing possession sealed the win for New Hampshire.

Monmouth then reeled off four impressive wins, including a 49-42 win at Villanova, ranked ninth in the country at the time, before getting snake bit again in their next two games.

“Yea, I definitely think we’ve proven we belong (in the CAA) just going by the way we come out and play every single game, week in and week out,” said Muskett. “It’s an extremely competitive league, probably one of the best in the country if not the best in the FCS. So, we knew it would be a battle, but I think by the way we play we’ve gained some respect. But I don’t think we’ve gained as much respect as I would like because at the end of the day the goal is to win championships every year, so we’ll continue to push the program to new heights.”

The Hawks put up a clunker in their 38-28 loss at the University of Maine in a game they were expected to win and realistically should have won. However, three turnovers, including two fumbles deep in Maine territory and a pick six, led directly to 21 points. Monmouth outgained Maine in total yardage, 404 to 355, but the three miscues were too much for them to overcome.

And last week, the Hawks lost a heartbreaker to No.18 Maine, 48-46, in an CAA record seven overtimes. Monmouth took a 35-28 lead with 5:02 remaining in the fourth quarter on a Muskett 34-yard scoring toss to wideout Darion Carringtion. The defense, however, promptly surrendered a 73-yard catch-and-run to a wide-open Black Bear receiver on a missed assignment sending the game to overtime. The game was eventually won by Rhode Island when they held Monmouth and scored on their possession in the seventh overtime period. The Hawks had their chances in overtime but shot themselves in the foot with costly penalties.

“It’s difficult in that we feel we have to be able to close out games,” said Callahan looking back on his teams four losses. “The fact that we’ve had the lead in all those games, and we’ve lost them in the fourth quarter is not lost on us. We’ve got to be able to close it out on both sides of the ball, particularly on defense, and be able to make sure the other team doesn't get the ball back by running out the clock on offense, and that’s something we’ve got to do a better job at.

“So far we have,” Callahan added when asked if he thinks the Hawks have proven they belong in the CAA. “We still have three more conference games, but I think that we’ve demonstrated that we have the ability and the skill level and talent to be competitive in conference games. But our goal is to be a little bit more than competitive to be honest with you. We want to be able to win these games and the ones we’ve lost have all been really winnable games.”

Monmouth is favored to win at home this Saturday against Townson University (2-5, 0-4) but the Hawks have already found out the hard way you can’t look past anyone in the CAA because it will come back to bite you.

The Hawks have three games remaining on their schedule and even though their chances of gaining an at-large bid to the FCS Playoffs are now basically zero, it’s important for them to finish out the season on a high note, especially with a game on the road next week against CAA giant Delaware – ranked 12th in the country.

“It’s super important,” Muskett said about finishing strong. “Coach Callahan has built a program here where we’re known as a winning program, and we expect to win every game we play every single week. It’s especially important in our first year in this new league to be able to come in and be a winning team right away and go toe-to-toe with the top teams in the conference. I think it’s huge for us to win our remaining games down the stretch and to continue to show we belong here and can compete with these teams.”

Callahan agrees with his quarterback on the significance of finishing strong.

“It’s very important,” said Callahan. “We’re sitting here at 4-4 right now but our goal each and every week is to be 1-0 that week and to go out and win that game. We don’t even look who’s down the road, we’re looking at this team that’s coming in here this week. And what’s evident in conference play is that it doesn’t matter what the record of the team coming in is; it has no bearing. The conference is so competitive you’ve got to play your best every single week.” 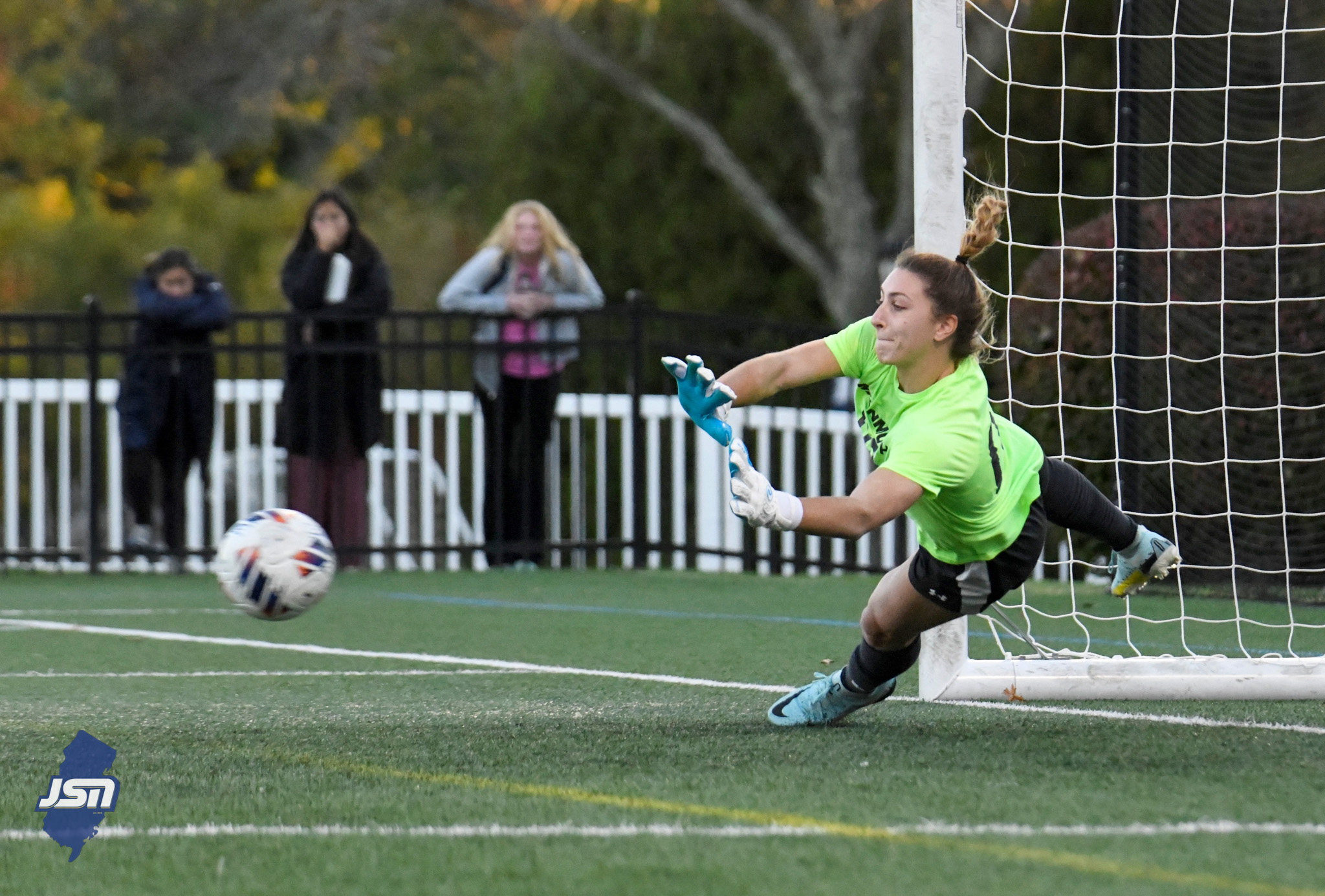