The Monmouth University Hawks played the Harvard Crimson on Sunday at Hesse Field on the Great Lawn.

Weather conditions in West Long Branch were warm and sunny as two teams took the field. Monmouth was looking to bounce back with a win at home, after losing last Sunday at home to Providence.

The first half was very even as both teams played an offensive brand of soccer. One minute, Monmouth was on the attack, the next, Harvard was knocking on the visitor’s door and this made for a very exciting opening ten minutes.

Monmouth nearly dismantled Harvard's defense with a long ball over the top in the third minute. Sarina Jones sent a long ball from about midfield that nearly found Lauren Karabin, who had run behind Harvard's defense. However, before Karabin could get to it, Harvard's goalkeeper rushed out and cleared the ball out of bounds.

Harvard took the lead when Murphy Agnew scored on a shot from just inside the Monmouth penalty-area. Harvard then added another before the second half ended to extend their lead to two.

The Hawks were far from out of the game, as they came roaring back early in the second half. Lauren Karabin scored her sixth of the season on a cross from Jesi Rossman.

Harvard added another two goals late in the second half, to put the game out of reach. The shots finished eight to three in favor of Harvard.

Even though she gave up four goals, junior goalkeeper Maddie Ogden made three saves including a diving stop on a free kick. The Junior discussed the saves she made against Harvard's tough offense and what she took away from the overall game experience.

“The ones they did score, a lot of credit to Harvard, they had a lot of good shots, but [as far as] the ones that I saved, we talked a lot before the game about being aggressive coming off our line, because in the other games we hadn’t done that. - Maddie Ogden

Despite the score line being 4-1, Monmouth allowed the least amount of shots they had all season against a tough opponent, and that is a good positive to take away from a 4-1 loss.

Up Next For Monmouth

Looking forward to next Saturday's first conference game, Sarina Jones drew on her past experience with last year's team, which lost in the finals of the MAAC when describing what her team can expect from conference play.

“We know that no one in the MAAC is going to give us a break. We have injuries and stuff and they're not going to be easy on us, we just have to push through. We have a lot to prove since we lost last year in the finals, so I think we all have to come together after this loss and just know that this week of training is very important." - Sarina Jones

Monmouth will open MAAC Conference play next Saturday at 1 PM. The match will be broadcast live on ESPN+ and there will be a pregame ceremony honoring Monmouth's seniors. 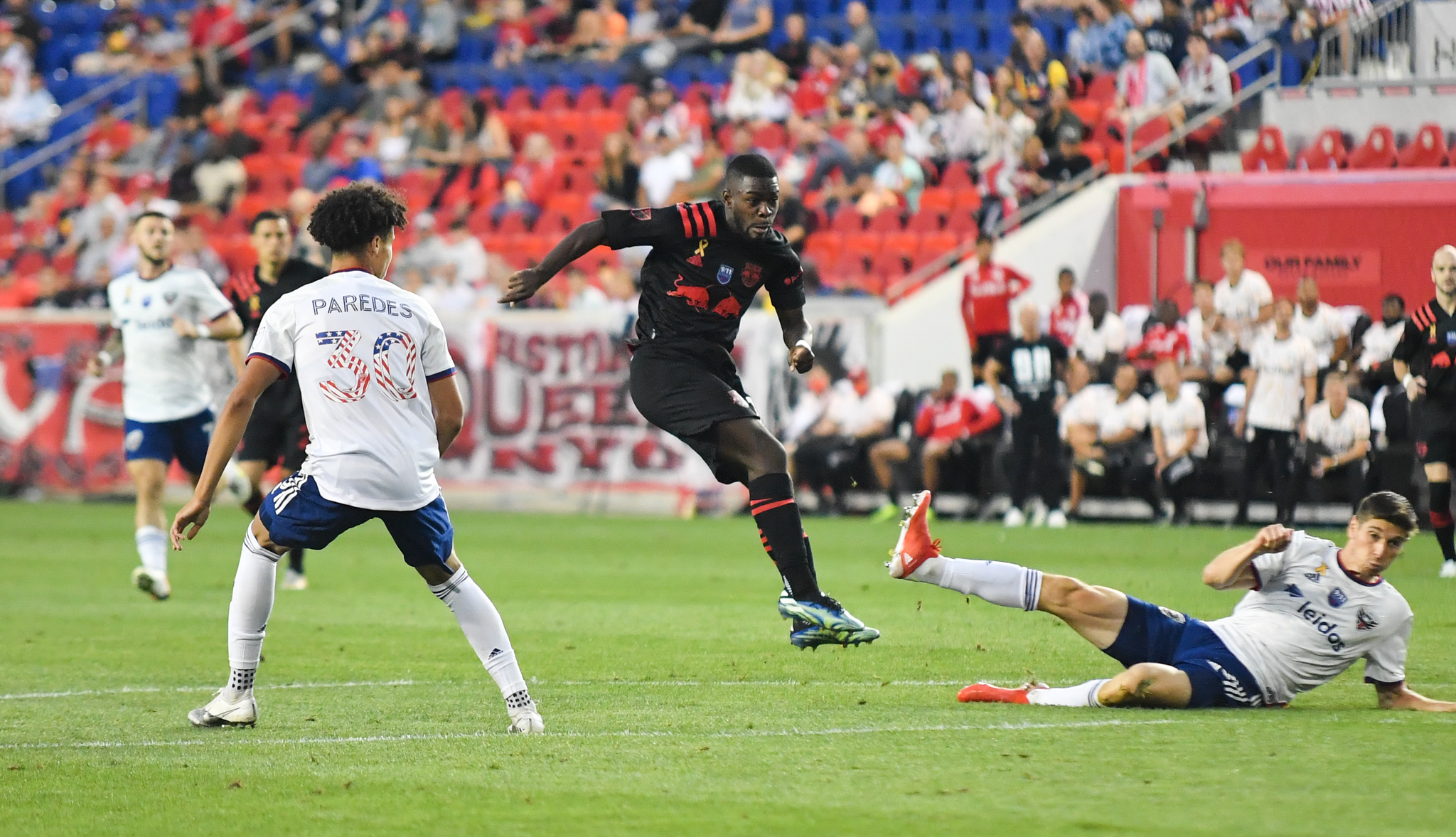 Lauren Karabin celebrates with her teammates after scoring against Harvard. (Photo Courtesy of Monmouth Athletics)
Next Story

Giants Out Played By Broncos to Start ...