Monmouth women's basketball hosted New Jersey City University Thursday for their home opener at Oceanfirst Bank Center. The Hawks came away with a 79-70 win, improving to 1-1 on the season.

Monmouth got a big bounce back win behind strong performances by Anaya Coleman, Kaci Donovan, Bri Tinsley and Lucy Thomas. This game was a game of runs as Jersey City took the lead at one point but Monmouth did not let up.

Damaris Rodriguez who was lights out for NJCU, finishing with a game high 33 points.

New Jersey City struggled rebounding as Monmouth was able to get a lot of key second chances, keeping possession to take advantage of scoring. Jersey City had a total of just 42 rebounds. They finished with 26-of-66 on field goals, 6-of-22 from three-point range, which was a big reason for them losing. They did convert 12 of 13 free throws, made seven steals and seven blocks but turned the ball over 16 times.

One bright spot for NJCU was Rodriguez who added to her big scoring output with two rebounds, two steals and two assists. Monmouth had trouble guarding her on the floor as she was hitting her jump shots. Her floater was lethal.

Monmouth senior, Tinsley, got off to a hot start early in the first half, scoring 10 points, getting easy shots and finding her teammates. She cooled off slightly in the second half, finishing with 15 points, four assists, and one rebound, in 37 minutes. Tinsley continued to show she can beat teams in many ways with her style of play. 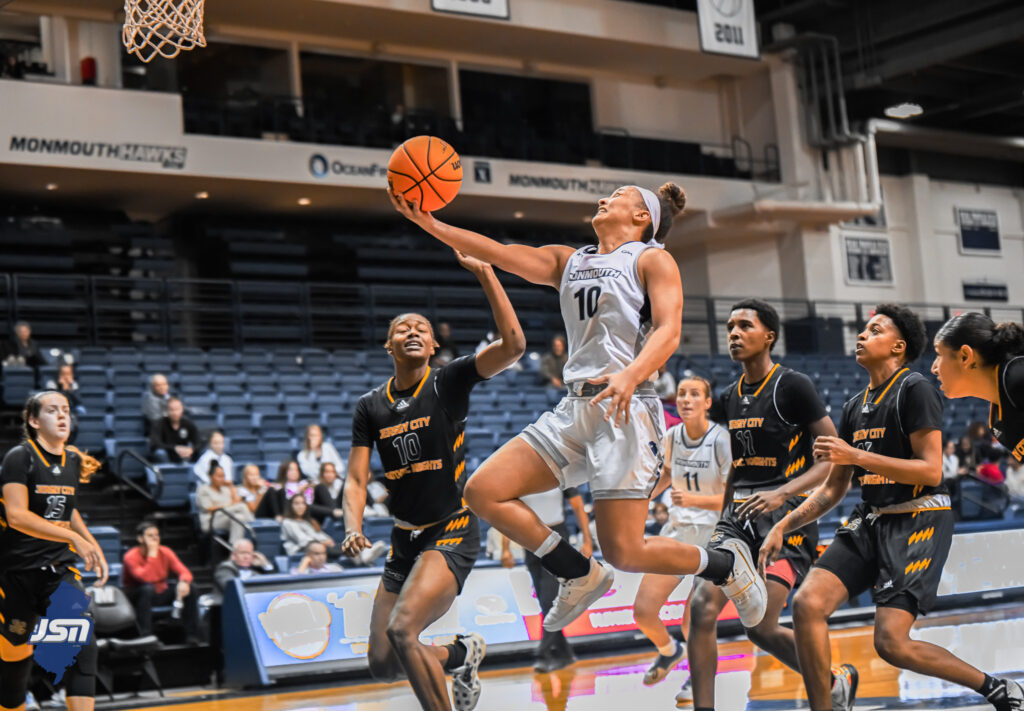 The Hawks received other contributions. Coleman finished with 15 points, five rebounds and four assists. Donovan had 10 points and seven rebounds.

The player of the game for Monmouth was senior forward Lucy Thomas who had a double-double off the bench. Thomas finished with 23 points, 13 rebounds, and two steals, while shooting 61.1% from the floor. Hr contributions off the bench were a major assist to the Hawks on Thursday.

It was the Thomas and Rodriguez show Thursday night as they did not disappoint the fans. New Jersey City had a 9-0 run at one point but Donovan was able to stop that run and get Monmouth back on track. Give credit to Jersey City for hanging in this game but the Hawks had extra fire in them, wanted to close this out after a tough loss to St. John's in the first game.

Monmouth has a lot of depth this season underneath head coach Ginny Boggess and they can put out multiple lineups that can matchup with any team.

Up Next For Monmouth 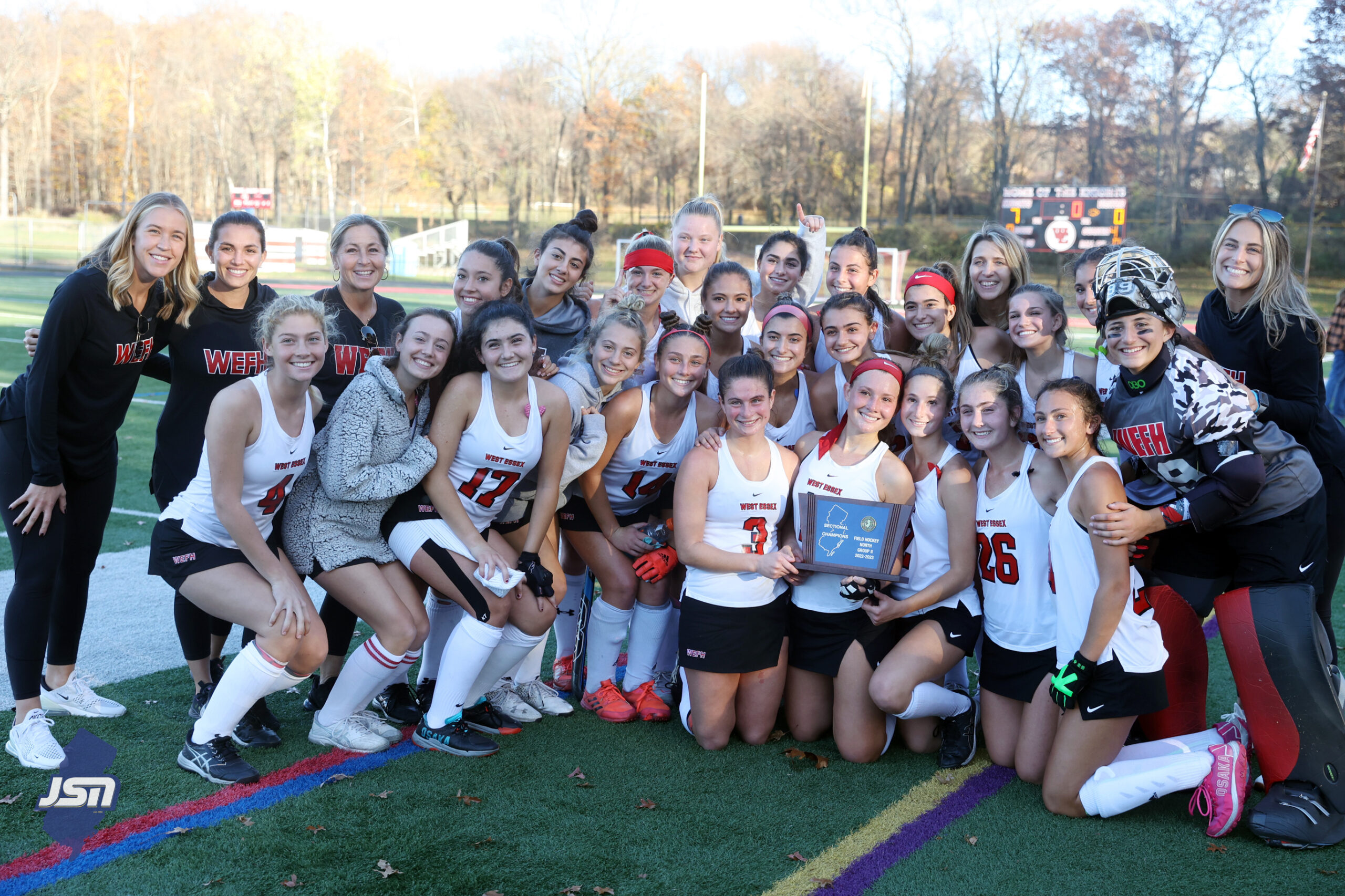 Lucy Thomas, No. 25 (Photo by Michael Franco - JSN)
Next Story