The New Jersey Devils finished seventh in the Mass Mutual East Division of the National Hockey League last season. This year the divisions may be going back to normal but they will not be any easier to navigate for Head Coach Lindy Ruff, so can the team improve thanks to offseason additions?

It's been a handful of of practices at the Prudential Center for the Devils and head coach Lindy Ruff is starting to understand what he has to work with.

New Jersey's biggest offseason additions have been all star defensemen, Ryan Graves and Dougie Hamilton. The team signed Hamilton to a seven-year deal worth 63 million dollars, fresh off his two best seasons, while Graves is more of a budding star who brings size and maturity beyond his years to a Devils blueline that is in need of help.

When the training camp roster was announced on Sept. 22, we were surprised to see Jimmy Vesey was signed to a tryout contract. It really should not surprise anyone, because the Devils are merely taking a chance on a player who has scored double-digit goals with the Rangers in a very tough Metropolitan division two times in his five-year career. God knows, if Vesey can score 20 goals this season as a third-line winger, Devils fans would sign on the dotted line for that, right here, right now.

While the blueline has improved, the offense really has not. Nathan Bastian was taken in the expansion draft by the Seattle Kraken, which leaves a void in the bottom six. While captain Nico Hischier and 2019 first overall pick Jack Hughes will comprise the core of the top six, it's less certain who their linemates will be.

After spending 2020-21 in Europe and the Quebec junior league, 2020 first rounders, Alex Holtz and Dawson Mercer have a good shot at making the team. Both are a decent six-feet-tall and will certainly need some time to adjust to the speed of play, however the future favors the bold as Napoleon Bonaparte said and this Devils team will reward playing time to those who are the boldest.

In addition to signing two of the National Hockey League's best all-around defensemen in Dougie and Graves, the team went out and signed Stanley Cup champion Jonathan Bernier to back up Mackenze Blackwood.

The Devils goaltending situation should be stronger after bringing such an experienced veteran who can mentor Blackwood and help the 25-year-old advance. Bernier's last three seasons have been spent with the lowly Detroit Red Wings, but before that he was good for Colorado and Anaheim.

The 33-year-old's best season was 2016-17 when he went 21-7 with a 2.50 GAA in 2016-17 with the Ducks. After that he was basically a body for the Red Wings for three seasons where the team finished bottom of the league, so he should be hungry to prove he's still a legit goaltender.

Blackwood has only played three NHL seasons. From his rookie 2018-19 season to the following year, he showed great improvement going 22-14 with a .915 save-percentage. Then, last year Blackwood had a very average season that was made worse when he got COVID.

According to Northjersey.com, the Devils goaltender is coming off a bad season but should be able to further solidify himself as a solid NHL goaltender. General manager Tom Fitzgerald indicated that signing Bernier means that his two goalies could share the crease.

"That blue paint is up for grabs," Devils general manager Tom Fitzgerald said. "I just want somebody to stop the puck. If that guy keeps stopping the puck, he's going to keep playing. That's all I care about. That's all the players in front of them care about. Give us a chance to win."

Since coming to New Jersey during the 2019-20 season, defenseman P.K. Subban has endured waves of criticism. There is no reason for it because Subban has played in all but 10 of his team's 124 games from 2019 to the end of last season. He is 32 years old and is not the same offensive player he was in Nashville, but in these last two years he has shown he still shoots the puck very well and can compete one-on-one with opponents in his own zone.

General Manager Tom Fitzgerald deserves full marks for signing all-star defensemen, Dougie Hamilton and Ryan Graves. Hamilton and Graves are both six-foot-five and strong two-way defensemen, who can bring the experience from playing on playoff teams to this young Devils team.

Here is a clip from the Devils' Twitter page showing all the goals from a scrimmage.

Check out all the highlights from today’s second scrimmage of training camp. #NJDevils | @InvestorsBank pic.twitter.com/P64XY7R9bk

Dougie Hamilton discussed the chemistry he will be working on with Graves, after a recent practice.

“If we can get used to where each other are on the ice, that will be good. We have a lot of good defensemen and we’re both new guys, so we’re going through it together. Off the ice we’ve been connecting, so it’s been a lot of fun.” - Dougie Hamilton

Another player worth mentioning is Ty Smith. Last season, the rookie led the team with 50 points, so it's safe to say he will be an important part of the plan this season. No doubt, competing for ice time with three All-Star defensemen will be difficult, but Smith was third among NHL rookies in average ice-time last season and has shown nothing but steel when it comes to answering the challenge of playing in the NHL.

Devils Offense in need of Repair

The Devils scored the third-least goals as a team during the 2020-21 NHL season. Veteran forwards, Miles Wood and Pavel Zacha led the team with 17 goals each last season, but this year, the bar should be set higher.

Part of the reason two average offensive players led the team in scoring was that Jack Hughes was still finding his way in the world's best league as a sophomore and another young star, Nico Hischier missed half of the season.

All eyes will be on Hischier this season, who is in the third year of a seven-year contract and has shown flashes of being a strong NHL center, but has always left Devils fans wanting more from their high first-round pick. Hischier put up 52 points in his rookie season, which put him in the company of Canucks' sniper Brock Boeser, but his point totals have lessened every year since then. Last year, when he recovered from a tough injury, the Swiss center played with Pavel Zacha on the Devils second line. Could he be a match for Tomas Tatar, who signed a 2-year deal worth $4.5 million per year with New Jersey in the offseason.

The Slovak scored 30 points in 50 games last season. During this recent interview, the Slovakian described what it will be like to play with a revamped team that includes all-stars like Dougie Hamilton and budding stars like Hischier and Hughes.

Hischier is very, very talented. Offensively-minded for sure, as I was watching Nico grow up, he was getting stronger every year since he got to the league, so I'm sure now he's a more mature player. This year was a rough year, but I'm sure I'm going to be more shocked when I finally see Dougie, Nico and Jack play. - Tomas Tatar

There is no doubt that year three of the Jack Hughes experience will be an important year in the former first overall pick's development. For a player so lauded for his offensive ability, the Minnesotan golden child has been a half-point-per-game player during his first two seasons, which will have to change in year three.

He has to understand it’s probably going to be harder this year than it was last year. He’s going to get more attention [from opposing defenses] and all the habits away from the puck have to be even better. - Lindy Ruff

Coach Ruff is right that Hughes will need to be the catalyst in this Devils offense this year, but there are plenty of forwards who can contribute like Yegor Sharangovich. The 6’2” center who finished tenth in the rookie of the year voting, scored 30 points he scored in 54 games.

While this is not earth-shattering, the 22-year-old was third on the Devils in points while playing in almost every game (54 / 56) and was a consistent player on a poor team and, if he continues progressing, will be capable of playing on the Devils top two forward lines. Sharangovich showed he could hang on the Devils top line and built a rapport with Jack Hughes, which only helps his case going forward.

Will these Vets Make the Team?

The Devils did not add skill to their forward corps outside of Tatar, but they did sign two tall veteran forwards, Jankowski (6'4") and Vesey (6'3") who can add some experience to their lineup. Jimmy Vesey and Mark Jankowski have been practicing with the Devils on tryout contracts and will have a chance to show what they have to offer beginning with Sept. 29's preseason opener against the Washington Capitals.

Vesey has faltered for the last two seasons after reaching a career-high 17 goals in 2018-19, but Lindy Ruff added some intrigue to his case to make the team.

We saw a great day from Vesey yesterday. He’s in a position that’s good for us. He’s fighting for his life and it’s that little bit extra that you’re going to get out him that can probably push him ahead of those young guys.

This is very interesting with regards to Vesey, who was drafted 66th overall in the 2012 draft by Nashville, but passed up the chance to play there. After four years at Harvard, Vesey signed with the New York Rangers, spending four mixed seasons at Madison Square Garden. Like Hischier, Vesey has shown flashes of excellence in the NHL but has never shown himself to be an all-star.

Mark Jankowski is on the roster as a tryout contract and brings four seasons with the Calgary Flames. Jankowski is a huge winger (6'4", 212 lbs.) who, like Vesey, scored a career-high 32 points three seasons ago.

Head Coach Lindy Ruff has been impressed with Jankowski during these first few practices and described what he has seen from the 27-year-old.

You can see the NHL experience shine through. Positionally sound. He’s surprised me with some of his puck skills, I didn’t know a lot about him, but he’s had a couple good days. [Older players] always have the advantage because that little bit of experience really helps. Everyone’s going to get a look in the preseason games. - Lindy Ruff

Overall, there is a lot of pressure on the Devils to show improvement this year, if not as a team, in the development of individuals. At the young age of 22, Hischier is the team's captain and has to lead by example and that means staying healthy. Hughes also needs to solidify himself as one of the team's leaders and an offensive weapon day-in and day-out. Dougie Hamilton is the team's most accomplished player, based on his performance last season.

It should be exciting to see how Hamilton and Graves, coming from playoff teams, will takeover leading the team's defense, which has not been good in decades.

The Devils first preseason game is on the road against the Capitals. Puck-drop at 7:00 PM on Wednesday, Sept. 29. For all of us at Jersey Sporting News, we urge you not to miss the first chance to see the next generation of Devils hockey take the first steps in a new, regular-length season! 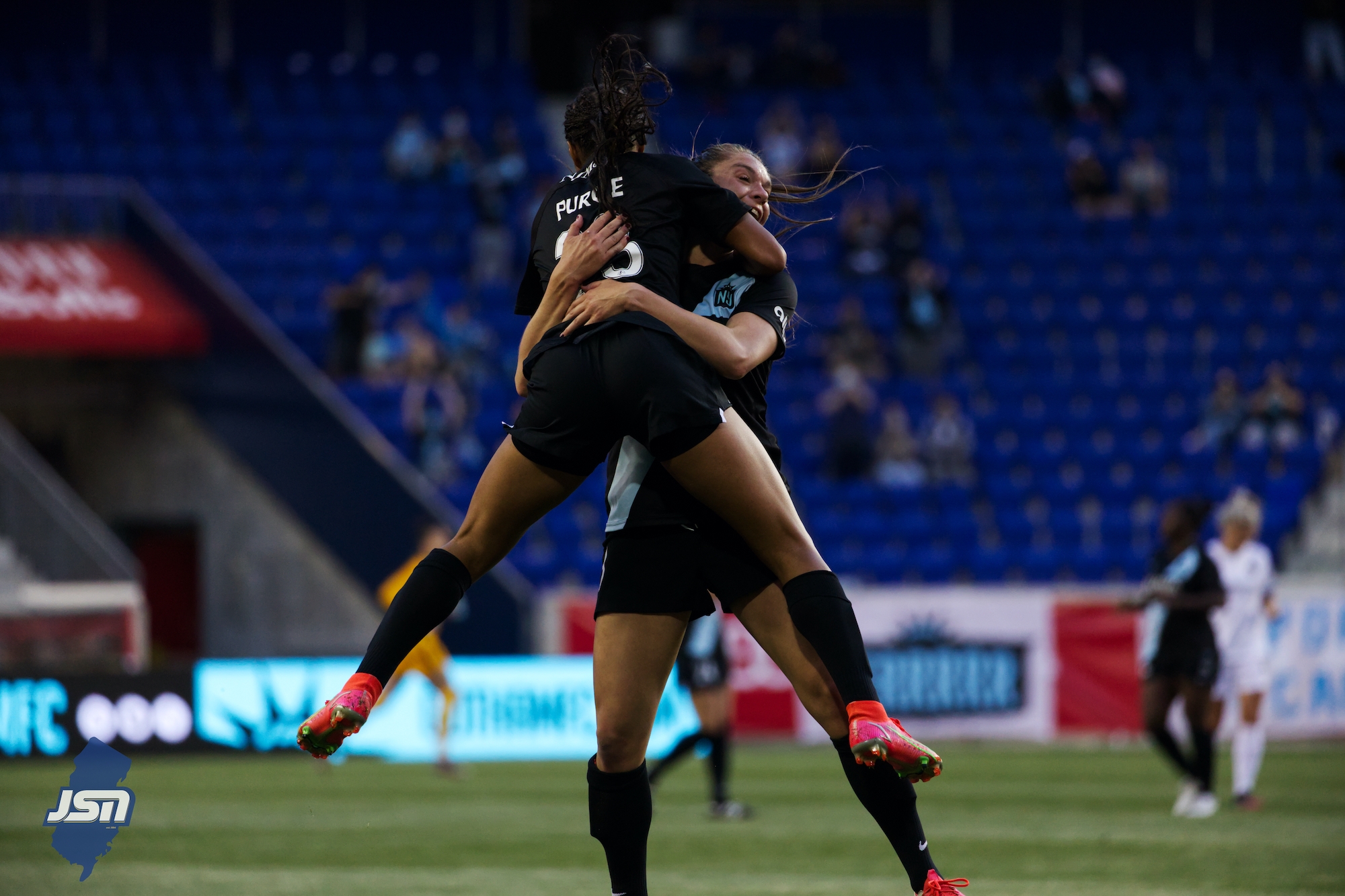 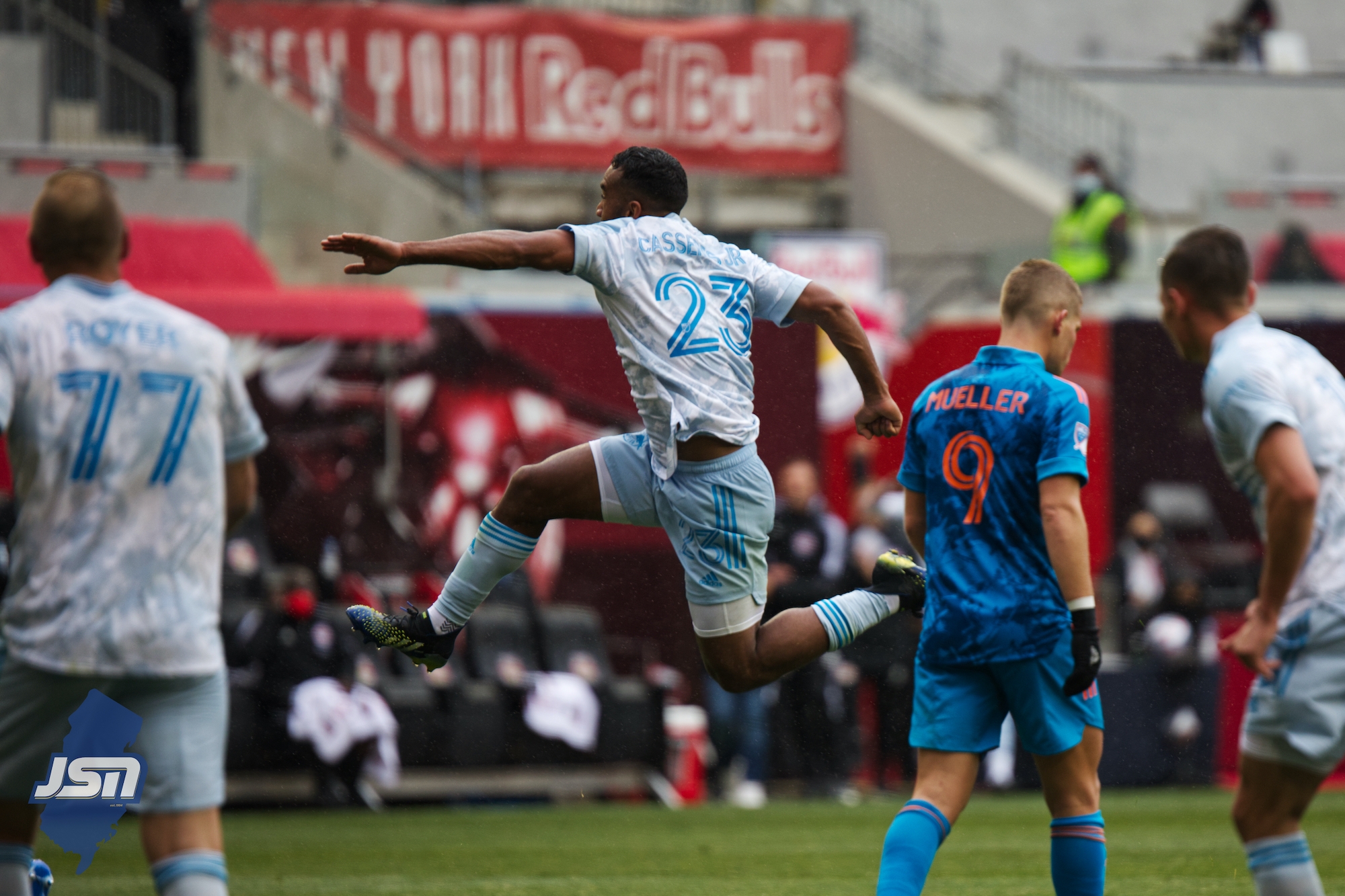