EJ Hradek co-hosts a show on NHL Network called "NHL Now" with Jackie Redmond. It airs monday through Friday at 4:00 PM. Did you know that Hradek is an assistant coach with the North Jersey Whalers in the United States Premier Hockey League (USPHL)? The USPHL is a youth and junior ice hockey league that has 500 teams from the Northeast of the U.S.A to Minnesota and California. Let's dive into EJ's memories of coaching the Whalers during from 2019-21!

EJ Hradek has coached with Brick Hockey club and the North Jersey Whalers U15-16 teams for the last four years. The NHL network broadcaster was hired as assistant coach on the Jersey Shore Whalers in April of 2019.

Previously, EJ Hradek coached the Brick Hockey Club's 13-and-under team for four years before his son Brooks tried out and made Jersey Shore Whalers' 15-and-under Pure team. Hradek went on to coach his son Brooks during 2019-20 and 2020-21 seasons. The well-known Sportscaster discussed what it was like to be behind the bench during the last two USPHL seasons.

The 2019-20 USPHL season was interrupted by the onset of the pandemic in March, 2020. Hradek recalled how the Jersey Shore Whalers 15 “pure” team could not finish the season and ended up finishing it later in the summer against only in-state teams.

The following year started at the normal month, August. EJ said his son’s U16 AAA team were a strong defensive team with “two good goalies” However, the 2019-20 Whalers just lacked the offense needed to beat the best teams they played. Assistant coach EJ Hradek recalled how his team battled back after a covid-outbreak swept through their team in October 2020.

The Jersey Shore Whalers 16U team was able to hold their own against tough teams like the Philadelphia Hockey Club, the Northern Cyclones and South Shore Kings. Fast forward to the 2020-21 USPHL Playoffs, the Whalers had played less than ten games during the regular season due to an outbreak which EJ says infected most players on the team.

The Whalers would end up playing four playoff games form March 4-6. They started off on Mar 4. With a hard loss to Northern Cyclones 3-0 and a 11-1 over New York Aviators. On Mar 5, the Whalers were defeated by the South Shore Kings, where Vancouver Canucks forward and former New York Ranger, Jimmy Vesey played for during the 2011-12 USPHL season, scoring 91 points in 45 games at the age of 18. On the final day of round robin play, the Whalers cruised to a 7-1 victory over the PAL Junior Islanders—and this Rangers fan applauds their victory!

The 2020-21 USPHL season was a challenging one for certain and EJ doesn’t deny that. Hradek described how the team had prepared well before the season and was able to improve throughout the first two months of the regular season.

We were playing well into October and when we had to shut down, it was hard to regain that momentum. Our team had two good goalies and was strong on defense, but we didn’t score much. Most of the kids got [COVID] but luckily none of them ended up with serious symptoms. They're lucky that they were young and healthy but still had been off-the-ice for three weeks and you have to build yourself up again." - EJ Hradek

Even though the Jersey Shore Whalers played a fraction of their schedule in 2020-21, Hradek says the season was a success. The team's assistant coach pointed out the Whalers' rallying to two wins in the playoffs at the end of the year. “We won 2 of the 4 games. We lost one game 3-2 and the other 3-0 but it was close. That was when two of our key player were out and if we win those games maybe [we make it to] the semi-finals. So, I think the season was a success because the coaches and I saw improvement in the players, that’s what you look for.”

EJ Hradek has covered NHL hockey for the better part of the last 30 years and he offered his analysis on how the New York Islanders can climb back in their first round playoff series with the Penguins after going down 2-1.

When you’re playing Andy Greene more and you don’t have Devin Toews, you don’t replace a guy like that. At the end of the day, Toews is an impact player in Colorado for a team that could win the Cup this year. The isles had a good opportunity to take control of the series after winning game 1 but Semyon Varlamov  gave up one really bad goal and if there’s only two goals scored in a playoff game and the one you give up is really bad, its hard to come back and win. The series will go at least six games and I give the Penguins a slight advantage." - EJ Hradek

On May 20, 2021, the Isles lost game three of the first round series 5-4 in regulation to the Penguins and went down 2-1. Luckily for the New York Islanders, their first round matchup with future Hall-of-Famer Sidney Crosby is a best-of-seven and they have time to come back.

While one New York team is competing in the 2021 NHL playoffs, the New York Rangers front office and General Manager Chris Drury are looking at a long offseason that could be the most important in recent memory. The co-host of "the NHL Now" on NHL Network, EJ Hradek described the important work that the Rangers have already done by planting the seeds of young talent on this young Rangers roster.

I think Jeff Gorton and his group accumulated a large number of really high-end prospects and the Rangers have to determine who fits and who doesn’t. It takes time. The Caps were a very good young team from 2008 to 2018 and didn’t win the Stanley Cup until 2018. The lightning we’re good for many years and didn’t win a cup until last year. - EJ Hradek

EJ Hradek is great at describing the whole picture and he did that when he described the job that rookie NHL General Manager Chris Drury has ahead of him in trying to build a contending team around the raw talent that the Rangers have recently drafted.

"The easy thing to do is go up and take the number one pick," Hradek said. “The hardest thing is figuring out how where things fit in terms of the entire team and figuring out those last pieces need to be to turn a team with good potential into a [Stanley Cup] contender.” 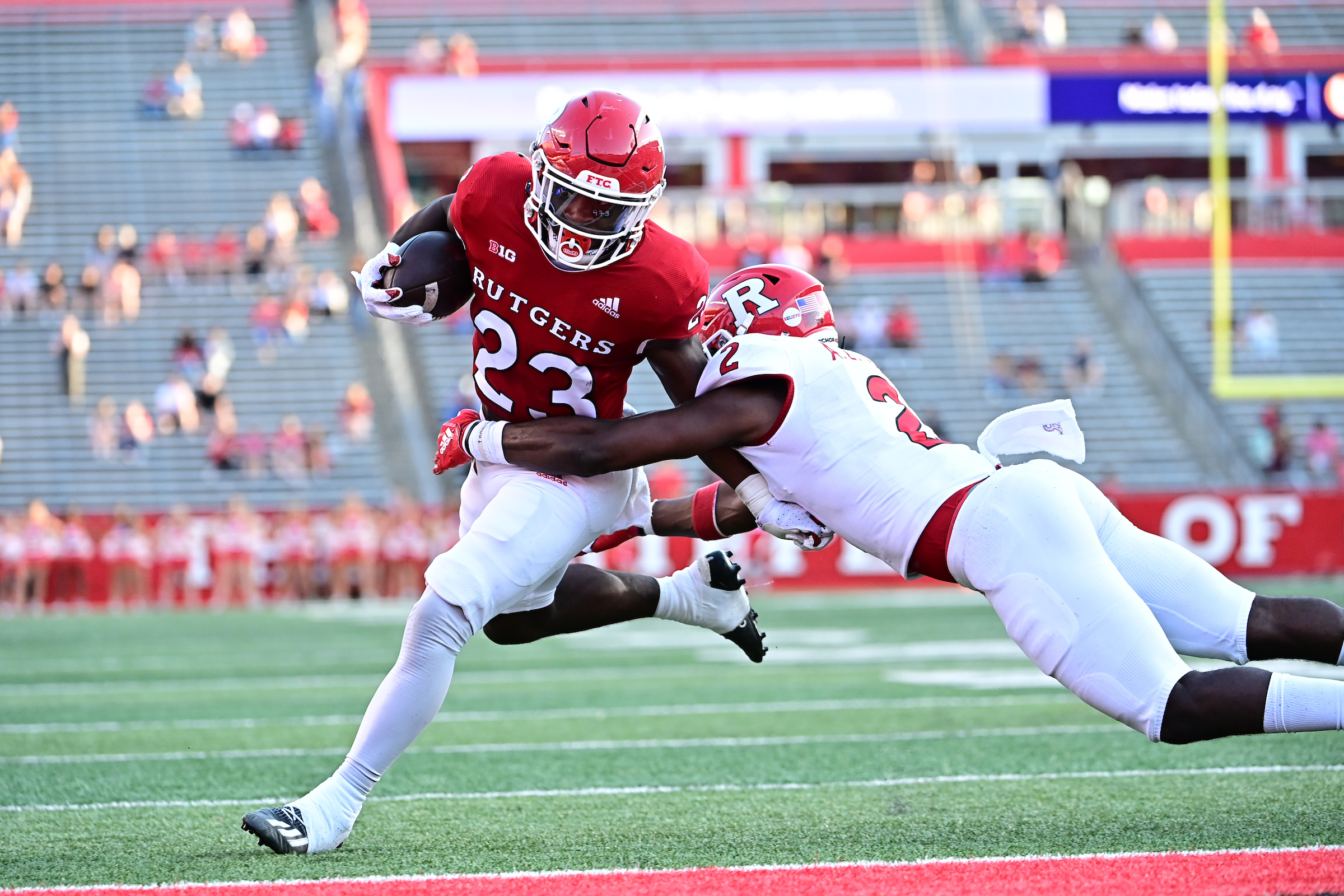 (Photo provided for use by EJ Hradek)
Previous Story

Offenses Put on a Show in Rutgers ... 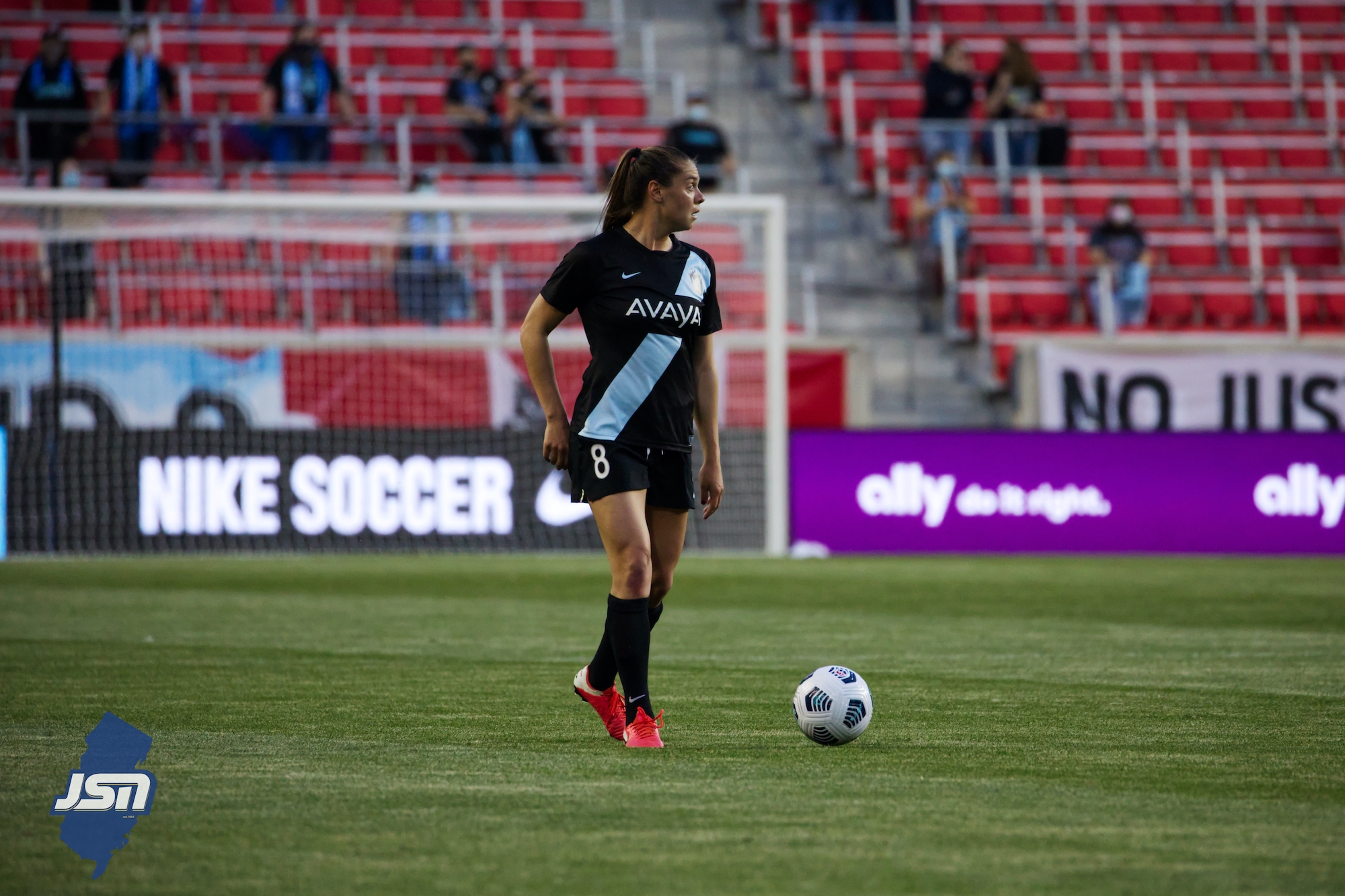 (Photo provided for use by EJ Hradek)
Next Story