It was a frustrating night for NJ/NY Gotham FC. With a win, the club could have secured a spot in the postseason for the first time since the National Women's Soccer League (NWSL) started in 2013. Instead, the team tied 1-1 against bottom of the table Kansas City.

Friday night's game away at Kansas City was originally scheduled to be played on October 1, but was rescheduled along with all matches that weekend following the report by The Athletic which detailed multiple allegations of abusive behavior by a former coach Paul Riley.

The match was rescheduled to this Friday which fell during a FIFA break. This meant that Gotham FC would be without many of its regular starters including U.S. Women's National Team player Carli Lloyd and Canadian goalkeeper Kailen Sheridan. Gotham FC was also without starting center back Estelle Johnson who joined Cameroon during this international break.

Despite these absences, Gotham FC put on a strong performance. Team captain and midfield mainstay McCall Zerboni had an excellent game with an assist on the night.

Box to box. Your @Budweiser Player of the Match goes to @McCaLL2 💪 pic.twitter.com/DBDBVnbjOW

Kansas City is known throughout the league as a tough place to play. Their current venue is a baseball field which makes the pitch slightly smaller than normal.

"It was really hard to play here - the field is so narrow compared to where we play at home," Margaret "Midge" Purce said. She explained that when the team walked out, they could immediately feel how much smaller the field was. "It's tight, it's hard to get shots off," Purce said. "It requires a lot more energy and focus for the style that we play." She added that Kansas City was fantastic in being able to shut them down.

Despite the field conditions, Purce would get the first goal of the night in the 25th minute firing a shot into the net from the edge of the box. Purce has now scored in three straight games for Gotham FC, and is tied for second place in the NWSL's Golden Boot race.

Kansas City would tie it up in the 44th minute off a penalty kick from Kristen Edmonds. Gotham FC keeper DiDi Haracic guessed correctly, but the well-taken shot from Edmonds soared past her into goal.

Three yellow cards were issued in Friday's match, two of which went to Gotham FC. Once was issued to defender Caprice Dydasco in the 22nd minute, and one to midfielder Allie Long in the 55th minute.

A highlight of the match came from goalkeeper DiDi Haracic in the 61st minute when a rocket shot by Kansas City looked certain to go into goal, but Haracic was able to knock it over the crossbar.

After the game, head coach Scott Parkinson said he was ok with the tie, even though the team wanted a win. "Kansas City are a good team, this is a tough tough place to come and play them." Parkinson said. He was disappointed in how they gave a goal up. Parkinson believed the team felt much more comfortable in the second half, and said the substitutions they made helped the team.

Coach Parkinson was pleased with Jennifer Cudjoe's performance who was subbed on in the second half. Cudjoe, once a starter for the team, has recently seen less playing time. "We've got an unbelievably good midfield and a lot of players, and training is really competitive," Parkinson said. "We've challenged Jennifer [Cudjoe] on a couple of things that we want her to be thinking about when she's training and playing, and I think a lot of what we're asking her to do is different than what she's been asked to do before." Parkinson added that she was the best in training on the Wednesday before the match and she earned the right to take the field.

Cudjoe was extremely happy to be back on the field. "Personally, I feel good. I've had a couple rough weeks," Cudjoe said. "Trying to find my way back has been tough, but I'm lucky to have friends that keep pushing me, trusting me, and helping me get my confidence back." All she has wanted was to get back on the pitch, and she was happy to be back out there on Friday with her teammates. "We've tried to push ourselves," Cudjoe said of her team. "I believe that getting through the next games will be hard, but I know that we are going to win those games. We want it so bad."

Margaret "Midge" Purce echoed Cudjoe's sentiments, saying that Louisville is going to come out ready to play, and Gotham needs to win. "On any given day, rank doesn't matter - any team can beat any team, and that's what makes this team so special." Purce said.

Gotham FC has two more games before the end of the regular season. They will play Louisville twice: first on the road on Thursday October 28, and finally at home on October 31. "We're still rolling, and we're still on a good run - it's another point on the board. On to the next one!" Parkinson said. 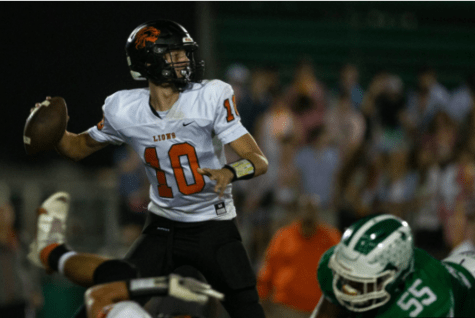