NJIT Highlanders (26-22) baseball coach, Robbie McClellan, said the players on the team coined a phrase "Grit Ball" that meant they were a good baseball team and felt like they are never out of games.

In the America East Tournament opener against Albany at Joe Nathan Field on Stony Brook University campus on Thursday afternoon, the Highlanders hit a rough patch early on. A pair of errors led to the Great Danes scoring three runs in the third inning.

Stymied by Albany starting pitcher Ryan Weber through the first four innings, senior catcher Paul Franzoni provided a much-needed jolt to the NJIT offense. Leading off the fifth inning, Franzoni crushed his fifth home run of the season deep over the centerfield wall.

Handed the ball to pitch in the bottom half of the eighth, senior left-hander Jake Rappaport encountered some trouble as Albany pinch hitter Josh Loeffler smoked a one-out solo home run over the centerfield wall. After allowing a walk and single, Albany had runners at first and second with two outs, but Rappaport managed to weave out of the jam, retiring Great Danes left fielder John Daly on a flyout to right field.

Looking to build on the lead, NJIT got off to a good start in the top of the ninth. Kevin Putsky with a one-singled followed by Jared Donnelly socking a double off the right-field wall. Senior centerfielder Albert Choi drew a free pass to load up the bases. However, Albany pitcher Rob Manetta escaped unscathed, registering back-to-back strikeouts.

The Great Danes made things interesting in the bottom half of the ninth. Right fielder Mark Wangenstein cranked a double down the left-field line. With Wangenstein advancing to third base on a flyout to centerfield, Rappaport slammed the door shut, registering a strikeout while getting Albany third baseman Dylan Ocasal to drive the ball out to right-field where Kevin Putsky made a dazzling catch near the foul territory line. Tyler Stafflinger earning his sixth win of the season while Rappaport recorded his 10th save.

"Tyler has been great the whole time here at NJIT; that was really a big-time performance and went seven innings and gave up three runs. All three runs were unearned; we had a rough inning early on but settled in and gave us a shot to stay in the game and win and give the ball to Rappaport; you always feel good."

"There were a couple of huge plays in the ninth inning, a runner on third and one out, a strikeout and then for the game to end Putsky makes that unbelievable catch that winds up on SportsCenter Top 10 plays and web gem, and I'm really proud of Kevin he wasn't in the game till later and makes a big catch and gets a hit, and he's on SportsCenter. That shows you how important it is to be ready when your number's called because you never know how much you can impact the game, so I really salute him for being able to come in and be so productive in a short amount of time."

Fast forward to Friday afternoon, NJIT faced off against Maine (22-21). This time around, a pitcher's duel between Highlanders starting pitcher Ryan Fischer and Maine starter Alex McKenney. Fischer on the hill for seven and one-third innings, allowing one run on nine hits, walking one, and whiffing two. Just as impressive, McKenney hurled eight and one-third innings, surrendering two unearned runs, six hits, walking one, and striking out four.

The Highlanders had a golden opportunity to take the lead in the fifth inning. With runners on the corner and one out, right fielder Kevin Blum dropped down a squeeze bunt. Attempting to score on the play Daniel Helfgott got thrown out at home plate.

Scoreless until the eighth inning, the Black Bears broke the stalemate on an RBI single from left field Sean Lawlor off Jake Rappaport. Down to their remaining three outs in the ninth inning, the Highlanders kept their composure. Julio Marcano led off with a single; David Marcano advanced to second base on an error by the third baseman Connor Goodman, followed by pinch hitter Andrew Eppinger drawing a free pass.

Exacting some revenge, Daniel Helfgott came through in the clutch with a line drive sac fly to center field to tie the ball game up. With pinch-runner Dante Bozzuti at second base, sophomore catcher Luke Longo strode to the plate and promptly delivered the most prominent hit up to this point of the season for the Highlanders. Hammering a drive over Maine right fielder Colin Plante as Bozzuti rounded third and slid in safely headfirst at home plate setting off a jubilant celebration. Jake Rappaport earned his eighth win of the season.

Head Coach Robbie McClellan on the win, "There are three outs left in the game, and we still have a shot which is a great mindset to have. Julio gets on with a single, David hits a double down the line, and they intentionally walk Eppinger, and then Danny does a great job situational hitting getting us tied. Luke hits a ball extremely hard over the right fielder's head, and it's mayhem, and the guys and crowd are going crazy."

"We continue to play every pitch until they tell us that we can't. That's what makes this team so special, they're just a tough group of guys, and I have been around college baseball a long time. It just seems these guys have the unique ability to come back and have great chemistry with each other."

"Fischer was great all day, he does what he does, and he comes in and pounds the strikeout. His stuff is so good that things usually end up good in his favor. It was just a really good effort, and I told him when I came in and took the ball from him to turn it over to Rappaport I said I was proud of him because a really good performance to keep us in there when things weren't going so great offensively in the game."

"Rappaport continues to have an amazing season, I think that bumps him up to eight wins and ten saves to me, which starts putting you in All-American status. He just has had an incredible year, has the magical ability when he comes into a game and brings that extra energy to the game, and our guys feed off that."

Now the Highlanders await the Stony Brook/Maine winner that will take place on Saturday, May 29, with the first pitch set for 11:00 a.m. McClellan revealed that graduate right-handed pitcher Jared Kacso will get the start.

"Jake is going to take the ball for us, fifth-year senior, and he has all the experience in the world," Robbie McClellan explained. "We're excited to have him out there taking the ball for us; we have a lot of trust and faith in him."

"There have been two games we have come from behind in both; it's just been kind of an emotional rollercoaster. The pitching and defense have kept us in it, we've had timely hits that have been just massive for our two wins and the opportunity to play for the America East Championship, and you win that you get to go to a regional."

"The reason we had so much success is the players have great expectations; it's great for the university, the program, and whenever you are bringing positive results to the university, it's a great thing. I think our kids are super excited for this opportunity to win a championship. Going into this season, if you tell us that we have a shot to be in an America East championship winner's bracket, we will sign up for that every year."

"It's a great thing for fans, and families are coming back and starting to watch their kids play. I know that after every game, they are super excited to be able to wave to their loved ones. To get to see them play in person, those are special moments that you can't ever get back, so it's very valuable for our kids and myself just to be able to have people in the stands that support us and, we love that."

"Those are goals we had set before the season had started, and now the game is here, so we've put ourselves in a great position to get into a title game. Now we just have to close the deal and continue to play good baseball, but it's not going to be easy. Whoever comes out of the loser's bracket, Stony Brook or Maine, are really good solid teams' and it's going to be another war, but we're excited to have this opportunity, and I like how we're playing; right now." 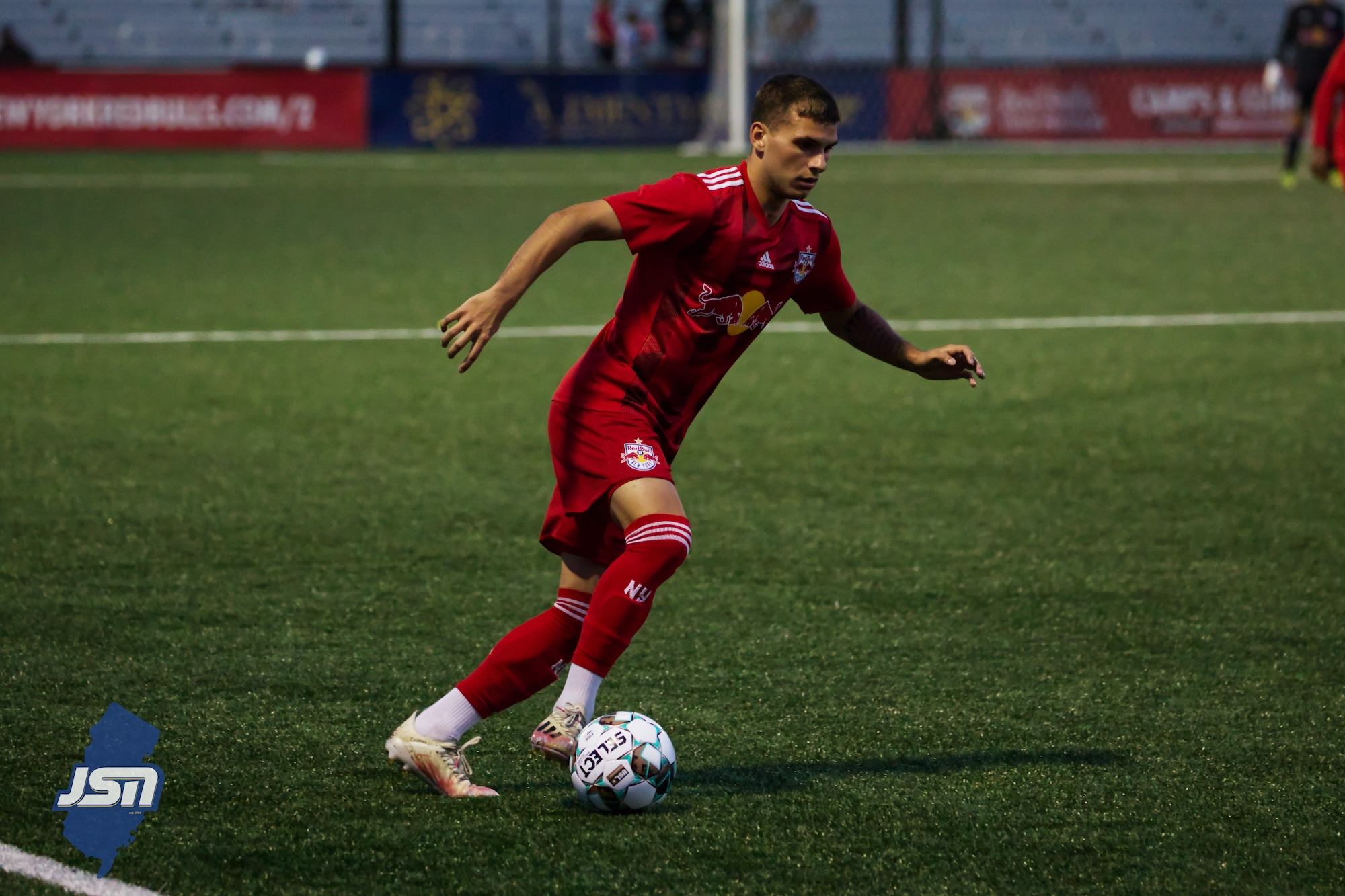