Heading into Friday's NCAA Tournament Fayetteville Regional game against number one overall seed in the Arkansas Razorbacks (47-10) at Baum-Walker Stadium, NJIT Highlanders Baseball (26-23) coach Robbie McClellan viewed the game as an opportunity. Fresh off winning the America East Tournament Championship, the Highlanders were playing in their first-ever NCAA Division I Tournament. Facing a potent Razorbacks squad that just won the SEC (Southeastern Conference) championship, hosting a regional for the fourth consecutive postseason, ninth time overall and top-eight national seed for the fifth time.

"What we do with the opportunity is up to us, I know it's very cliché but we're going to play every single pitch," said McClellan. "When we were struggling, we would take pitches off and not be consistent throughout the course of a game. I think we won nine in a row, 18 out of the last 22, and the differences we have played every pitch and the guys have really bought into each other, and it's been a really fun and unique experience to get to the NCAA Regionals."

On a warm 80-degree day and in front of 11,084 roaring fans, the Highlanders did not show any nerves at all. Sophomore centerfielder Albert Choi jumpstarted the offense immediately, cranking a lead-off solo home run over the left-field fence off Razorbacks starting pitcher Caleb Bolden that quieted the fans in the stands while setting off a jubilant celebration in the NJIT dugout.

With runners on the corner and one out in the second inning, the Highlanders went up 2-0 as Razorbacks shortstop Jalen Battles allowed a ground ball hit by senior left fielder Julio Marcano enabling right fielder Kevin Blum to stroll across home plate.

Forcing Arkansas head coach Dave Van Horn to go deep into the bullpen, the Highlanders kept the pressure up in the third inning, loading up the bases with none out against pitcher Ryan Costieu. Displaying patience at the plate, Kevin Blum drew a press as redshirt senior DH Matt Cocciadiferro trotted across home plate.

Getting the starting nod, redshirt senior Tyler Stafflinger(5-6) cruised through the first two innings. However, that changed in the blink of an eye in the bottom third with Razorbacks left fielder Braydon Webb slugging a two-run blast over the centerfield wall that perked up the home fans. Stafflinger managed to settle down and retire the side in order.

Despite leaving seven runners on base, the Highlanders had a golden opportunity to bump up the advantage in the fourth. With runners on first and second two outs, senior catcher Paul Franzoni drilled a fly ball to deep centerfield. Still, Arkansas centerfielder Christian Franklin made a sensational leaping catch to rob Franzoni of an extra-base hit.

"As soon as that happened, sometimes as a coach you say dang that is such a huge momentum play," McClellan said. "If we get two runs there and keep the momentum who knows what happens in the game but they made a great catch and saved two runs and then we don't have good ending after that. I think that was the game's defining play and kind of switched the momentum back in their favor."

Proving to be a momentum shifter, Franklin contributed at the plate and led off the bottom half of the frame, clubbing a solo shot over the left-field fence that tied the game up at 3-3. After striking out Robert Moore, Stafflinger encountered trouble allowing a hit, walking a hitter, and plunking a batter that loaded up the bases. At that point head coach, Robbie McClellan decided to bring in reliable left-hander Jake Rappaport.

Unable to find the strike zone, Rappaport walked Braydon Webb forcing in a run. Following Moore, Matt Goodheart delivered a sac fly to centerfield. With runners on the corner, the floodgates opened as Cayden Wallace slugged a three-run missile over the left-center field wall. Getting into the back-to-back act, Cullen Smith swatted a solo moonshot over the left-field fence. The Razorbacks went yard gain in the fifth inning as shortstop Jalen Battles went deep off NJIT pitcher Jared Kacso.

Having to face Arkansas best pitcher in Kevin Kopps (11-0), the Highlanders offense could not muster anything offensively as Kopps retired six in a row. Once Kopps departed the game after the sixth inning is where NJIT capitalized off Razorbacks pitcher Heston Tole in the seventh inning. Loading up the bases with none out, senior first baseman Nick Hussey belted an RBI single to right field. With two outs, junior third baseman Jared Donnelly came through in the clutch, ripping a single to right as one run scored, but Paul Franzoni ended up getting thrown out at home.

Still, with an opportunity to plate some additional runs, Albert Choi ended up grounding into a force out at third base that increased the Highlanders' number to runners left on base to 11 in the game.

After Arkansas responded with two runs in the bottom half of the frame on a two-run single from Jacob Nesbit, extending the advantage to 12-5, NJIT refused to throw in the white towel. In the eighth inning, with runners at first and second none out, Matt Cocciadiferro (2 for 5, three runs scored) bashed an RBI double to the left-field wall. Sophomore second baseman Daniel Helfgott (3 for 3) followed, lacing an RBI single to right field.

With runners on the corner and none out, it appeared as though the Highlanders would have the bases loaded, but a controversial third strike call on Franzoni dashed those hopes. Not down and out yet, Nick Hussey drove in his second run of the game with a sac fly to centerfield field. That would be the closest NJIT would get the rest of the way as the Razorbacks added a run in the bottom half of the inning to go on for the 13-8 victory.

Head Coach Robbie McClellan on the loss, "Whenever you have the lead against a team as good as they are, you always got to keep adding on more. I felt we handled the crowd and adrenaline pretty well, and things were kind of going our way. They're so deep one through nine and just kind of grind and grind the whole game. If one guy gets on and you make a mistake, they do a lot of damage, so our goal was to try to limit, and we didn't do as good of a job as we'd like today, but definitely proud of the kids' effort." 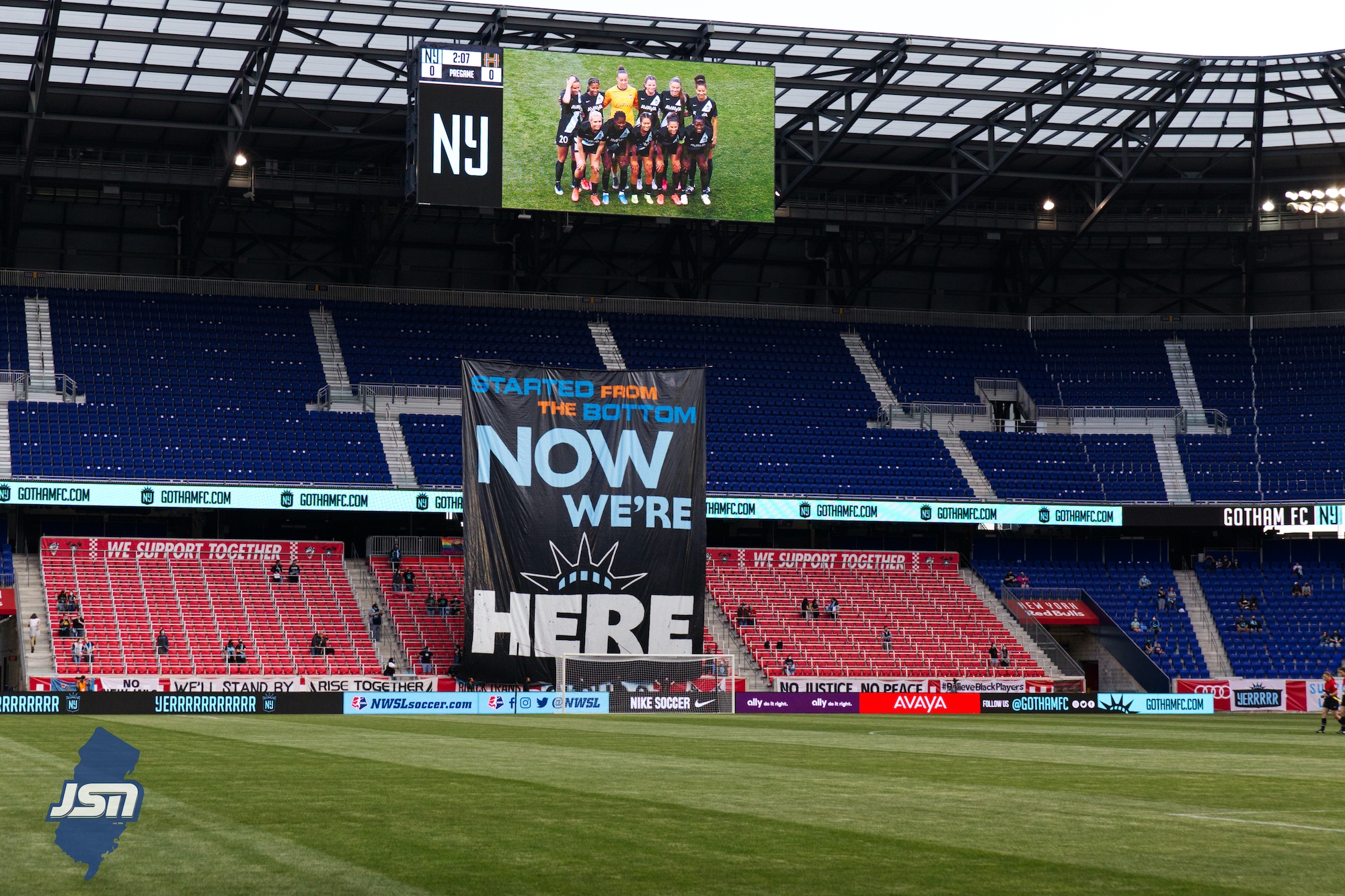