It was a crushing defeat for the 25th-ranked Hawks who seemingly had control of the game against the 24th-ranked Tigers (4-0) holding a 21-6 lead with 5:54 left in the third quarter and in possession the ball before they collapsed.

“This is a very resilient team and I’m not worried about this group bouncing back,” said Monmouth head coach Kevin Callahan. “They have outstanding senior leadership and we have a lot of veteran guys who have been in close games before - close games that we’ve won and close games that we didn’t win. I have confidence in the leadership on this team and when we hit the field Tuesday we’ll be ready to go.

“We had a couple of breakdowns and when you play good people that’s going to happen,” added Callahan. “And that was the difference in the game.”

Princeton’s offense came into the game ranked-first in the Ivy League in points per game (39.7) and yards per game (424.3), but the Monmouth defense shut them down holding them to 138 total yards of offense and six points until late in the third quarter.

Monmouth had dominated on both sides of the ball up to that point, but the game turned dramatically in Princeton’s favor with the Hawks defense unable to contain the Tigers offense or get anything going on offense against the Tigers defense.

Monmouth scored on its first possession of the second half to go up 21-6 with a 16 play, 66 yard drive that took 7:32 off the clock. The Hawks then went three-and-out on its second possession of the third quarter and the offense sputtered the rest of the way.

Trailing 21-6 with 3:42 left in the third quarter, the Tigers put together a six play, 64-yard scoring drive taking just 1:58 off the clock to pull within 21-14 after a successful two-point conversion.

Princeton quarterback Cole Smith converted a third-and-11 with a 15-yard completion to Jacob Birmelin for the first down at the 50, and two plays later Smith found Andrei Losivas for a 38-yard gain to the 1-yard line. On the next play, Collin Eaddy ran it in and Cole then hit Dylan Cassi for the two-point conversion and just like that the Tigers were back in the game.

The Princeton defense, which Monmouth’s offense had systematically picked apart until late in the third quarter, took a cue form the offense and began to dominate the Hawks offense with blitz packages that the Hawks veteran offensive line had no answers for.

“They started mixing up their pressures quite a bit in the second half,” said Callahan. “They had to do that and it took a little bit for us to adjust to it.”

Princeton forced three straight Monmouth three-and-outs and held them to 28 total yards the rest of the way – excluding the Hawks desperation play on the last play of the game.

Princeton’s defense entered the game leading the FCS in points allowed per game (2.33) and rushing yards per game (3.0) and once they got untracked they lived up to their billing.

With Monmouth’s lead now down to seven points, the Hawks punted after three plays netted them three yards and the momentum shift was now in full gear.

Following a Ryan Kost punt, Princeton took over at their own 33 at the start of the fourth quarter.

A 17 yard pass to Birmelin and a 37-yard run by Eaddy put the ball at the Monmouth 28 and two plays later Smith found Classy for 25 yards to the one. Eaddy finished off the drive with a 1-yard burst and following the extra point the score was tied 21-21.

Things continued to spiral downhill for Monmouth when Lonnie Moore IV fumbled the ensuing kickoff and Princeton recovered at the Monmouth 45 with 11:40 remaining in the game.

Princeton made Monmouth pay for the turnover putting together a nine-play, 45-yard scoring drive that took four minutes off the clock.

A pass interference call set the Tigers up with a first-and-10 at the Hawks 24-yard line but Monmouth’s DeAndre Clifton and Ryan Moran combined to sack Smith for a 11-yard loss and Clifton then stopped Smith for a 1-yard loss on a scramble setting up a long third-and-22 for the Tigers.

Smith then hit Andrei for 30 yards down to the Monmouth six and two plays later Eaddy took it in from 4-yards out giving the Tigers a 28-21 lead with 7:42 remaining in the game.

The Hawks were reeling, but on their ensuing possession they converted a fourth-and-6 from their own 42 on a Tony Muskett 7-yard completion to Terrance Greene Jr. down to the 49-yard line. Junior running back Juwon Farri then ripped off a pretty 11-yard run but the Hawks were called for critical holding penalty on the play and they never recovered and were forced to punt on fourth-and-18.

“It was a good drive and good run by Juwon, it’s just unfortunate we got flagged for holding on it,” said Callahan.

Princeton then took over on their own 16-yard line with 3:09 left in the game following the Kost punt.

On first down Lorenzo Hernandez and Clifton stopped Eaddy for no gain then on second down Monmouth safety Anthony Budd read Smith beautifully and undercut the receiver on an out pattern taking away the ball at the 22-yard line and returning it for a pick six to pull even with the Tigers, 28-28, with 2:53 left in the game.

“Anthony’s one of those guys on our defense that comes up with the clutch plays – key plays – at critical times in the game,” said Callahan. “ And that point was made when he took the interception back for the touchdown to tie the game late in the fourth quarter - I thought we had something going there.”

However, the Hawks defense couldn’t take advantage of the momentum swing and it had no answer for Smith and the rest of the Princeton offense.

Taking over at their own 25 following the Nick Null kickoff, the Tigers drove 57 yards in 13 plays while running out the clock in the process for the game winning field goal.

On the game-winning drive, the Tigers converted two fourth-down plays, including a crucial fourth-and-six from the Monmouth 39 when Smith found Classi for 18 yards and a first down at the Monmouth 21-yard line.

Four plays later, Jeffery Sexton booted a 35-yard field goal into the wind for the deciding points leaving just 10 seconds on the clock.

Monmouth’s defense couldn’t get off the field on crucial third and fourth-down plays in the second half and that ultimately doomed them down the stretch.

“Some plays were critical and we got to clean some of that up,” said Budd. “We’re upset about the loss but there’s a lot of stuff we can take out of it.”

The Tigers finished with 352 yards of total offense with Smith completing 27-of-41 passes for 282 yards and an interception. Eaddy ended with 47-yards rushing and three touchdowns on 16 attempts.

Princeton kicked a 21-yard field goal on their first possession the game after driving to the Monmouth 6-yard line to take a 3-0 lead.

Dominik Spanos, Tyrese Wright, Ryan Moran and Clifton combined on stops on three consecutive plays after the Tigers had a first-and-goal at the 9-yard line to hold the Tigers to a field goal.

Monmouth answered with a 14 play, 84-yard scoring drive that took 7:06 off the clock to take a 7-3 lead. Muskett was 6-of-6 for 51 yards on the drive finishing it off with a 12-yard touchdown pass to Joey Aldarelli.

That would be the Hawks only possession of the first quarter.

Monmouth’s defense, led by tackle Lorenzo Hernandez, who was unstoppable in the first half getting two sacks and multiple pressures of Smith, forced two consecutive three-and-outs and a turnover on downs on the Tigers next three possessions.

Monmouth’s offense, however, couldn’t do much either until late in the second quarter when they took over after the Tigers turned it over on downs at the Monmouth 41-yard line.

From there, the Hawks put together a 11 play, 59-yard scoring drive to go up 14-3 leaving only a minute on the clock.

Farri had two key third-down runs to keep the drive alive and Muskett finished it off with a 19-yard scoring strike to Zach Tredway.

Princeton, however, answered with a quick six play, 46-yard drive that netted them a field goal and some momentum going into halftime.

Smith picked apart Monmouth’s soft defensive scheme right before the half driving the Tigers to the 28-yard line with three seconds left before Sexton nailed a 46-yarder to pull Princeton to within 14-6 at the intermission.

“We feel we can move the ball on anybody,” said Muskett. “We did that pretty well today but we have to finish and execute a little better there at the end. 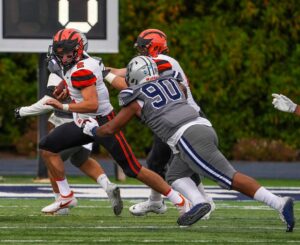 “After a game like that everyone is going to be a little upset,” added Muskett. “I thought we played as hard as we possibly could. They’re a great football team, and not to take anything away from them but we really know we could’ve won that football game, so we’re a little upset right now.”

Monmouth (3-3, 2-0) will attempt to rebound next week with a trip to Buies, North Carolina to face Big South foe Campbell. 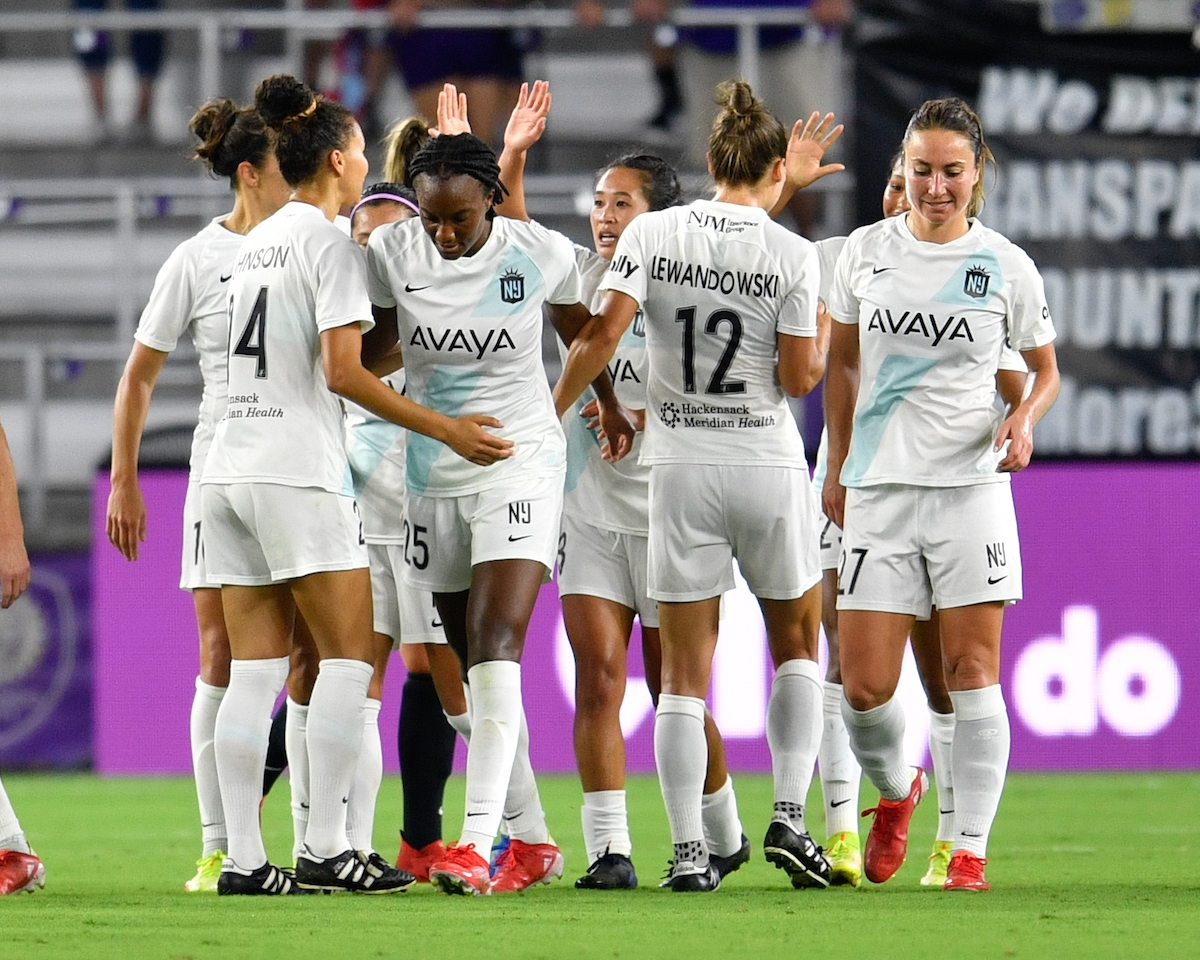 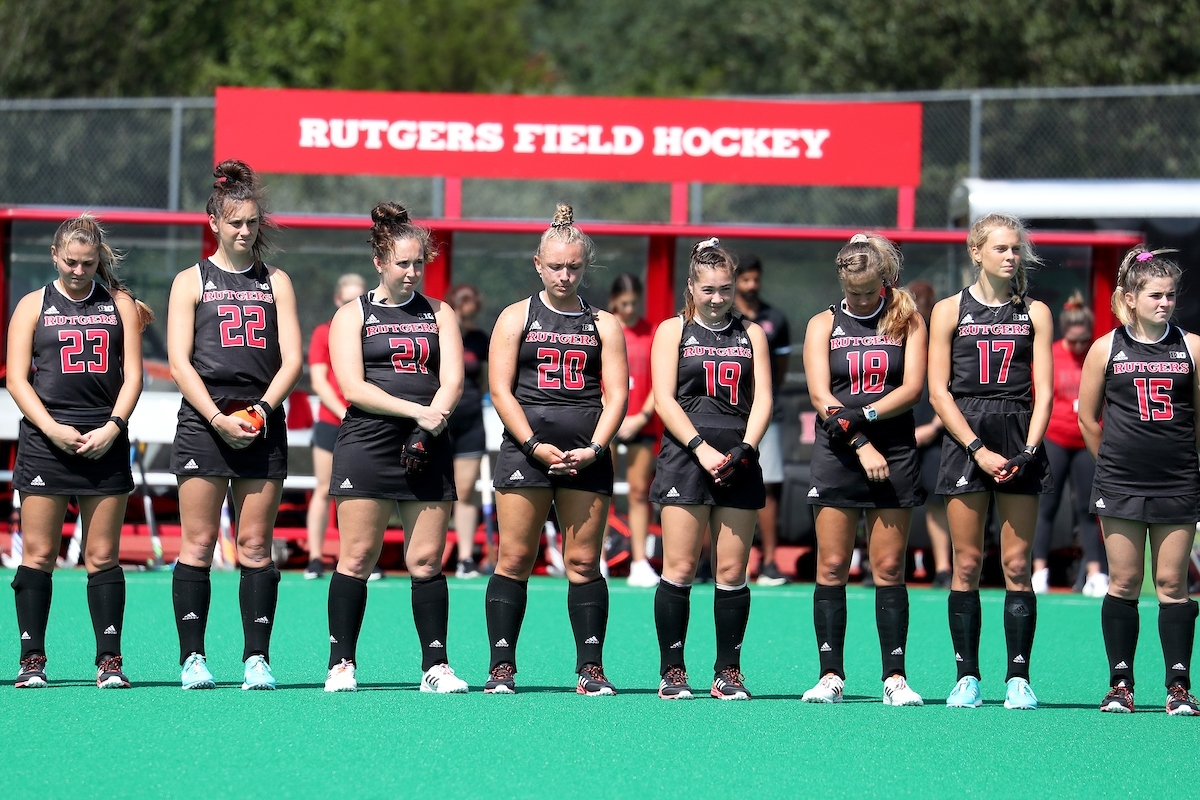