LINCROFT – Christian Brothers Academy ice hockey has a knack for reloading versus rebuilding and as a program has had great success in doing so.

Don’t let those seven losses fool you either; CBA plays one of the most demanding schedules in the state as a member of the Gordon Conference as well as the Shore Conference. 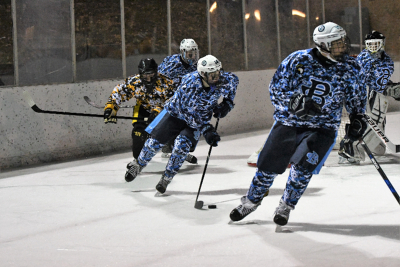 Their only loss in Shore Conference competition came against Saint John Vianney (No. 6 in the state). It marked the Lancers’ first win over the Colts since 2008 and was the Colts’ first loss against a Shore Conference opponent since 2014.

As a program, the Colts have eight Gordon Cup championships to their credit along with seven state titles with their most recent championship coming in 2015 when they defeated top-seeded Delbarton, 4-3, for their second straight state title after sharing the title the previous year with Morristown-Beard.

Last year’s leading scorer, senior Dean DiFazio, who is the only one of last season’s top five scorers that returned for the Colts this season, is having another standout year with eight goals and 15 assists for 23 points – second on the team.

Liam Noonan has stepped up his game this season after recording eight goals and seven assists a year ago. The senior winger currently leads the team with 24 points including nine goals and 15 assists. DiFazio and Noonan are both four-year varsity players and the last remaining players in the Colts program to have a state championship under their belts. 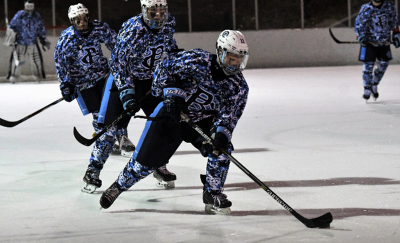 The third senior forward who is lighting it up this year is Nick Lindondici, who has been a major contributor since posting 20 points as a sophomore. Last season he bettered that by one point scoring eight goals and adding 13 assists. So far this season Lindondici is second on the team in goals scored with 10 while adding eight assists for 18 points.

Sophomore Kyle Contessa – younger brother of Derek – was selected to the Shore Conference All-Freshman first team last season after recording five goals and seven assists and appears to be an emerging star. He leads the team in goals scored with 13 and has assisted on four others for 17 points.

Another junior, Garret Silverman, is the only other returner on the Colts front line and has been a major playmaker for CBA this season dishing out 11 assists so far – good for third on the team. Last season he chipped in with three goals and an assist including a goal against Delbarton in the Colts’ NJSIAA Non-Public semifinal loss.

The Colts have also gotten nice contributions from sophomore forwards Gio Crepaldi (4g, 7a) and Will Seijas (8g, 5a).

Sophomores Chad Schneider and Will Hilfiker were elevated to the top pairing on the blue line this season after a stellar season as freshmen manning the second unit on a defense that allowed just 45 goals in 25 games – tops in the state.

Both can score as well as play lock-down defense with Schneider contributing three goals and five assists and Hilfiker adding a goal along with seven assists. They’re joined on the blue line with four-year varsity contributor Ryan Tierney (3a), sophomore Matthew Herrick (1g, 4a) and freshmen Colin Grable (1a) and Logan Heroux (2g).

Senior Brendan Behan and junior Jake Brown split time in goal last season with Brown making nine starts against Gordon Conference opponents. This season Brown has gotten the bulk of the work in the nets stopping 243 shots on goal in 254 attempts for a 0.957 save percentage. Behan has made the most of his opportunities making 92 saves on 104 shots (0.885 SV%). Freshman Thomas Heaney has also looked sharp in goal when called on allowing just six shots to get past him on 78 shots on goal.

CBA was given the No. 3 seed in the upcoming Gordon Cup and will meet sixth-seeded Seton Hall Prep in first-round action Monday, Feb. 12. Teams will be seeded the following day for the NJSIAA Non-Public tournament scheduled to commence Feb. 19 and 20.