HAZLET – After falling to Marlboro 3-0 on opening day the Rockets reeled off five straight wins before stumbling a bit with two divisional losses a row including a 6-5 decision to Saint John Vianney and a 7-5 loss to Marlboro. 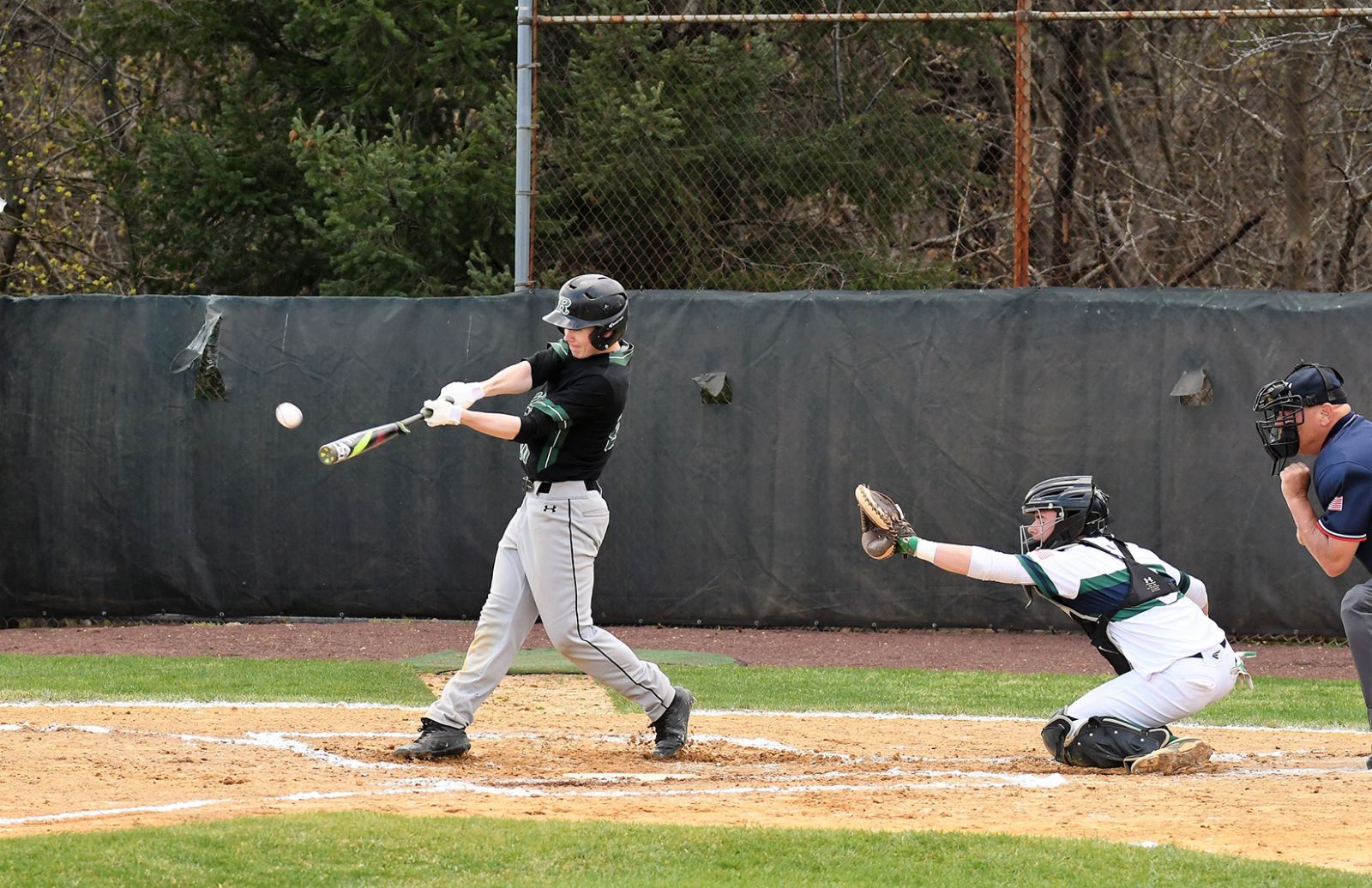 However, following their two-game slide, Raritan (12-3, 8-2) got back on track and they’re currently riding a eight-game winning streak that had them to break into the Shore Top 10 for the first time this season at No. 9. The streak has also moved them back into first place in the A Central and has them playing for a trip to the Monmouth County Tournament championship game.

“We had to step back and get back to supporting each other,” Raritan head coach Jeff Struble said of his teams two loses in a row. “We had to sit down and re-evaluate ourselves and find our purpose again. The season is a roller coaster – there are ups and downs and we had a down time. So we just had to get back after it.”

The Rockets bats stayed hot in a 13-3 blowout of No. 8 seed Freehold Township to advance to the quarterfinals. Junior right fielder Ryan Kasmer went 3-for-3 with two runs and three RBI, Tennant had two doubles with four RBI, senior Zack Johnston finished 2-for-3 including a double and three runs and junior DH Shawn O’Hea added two hits, three runs and an RBI. 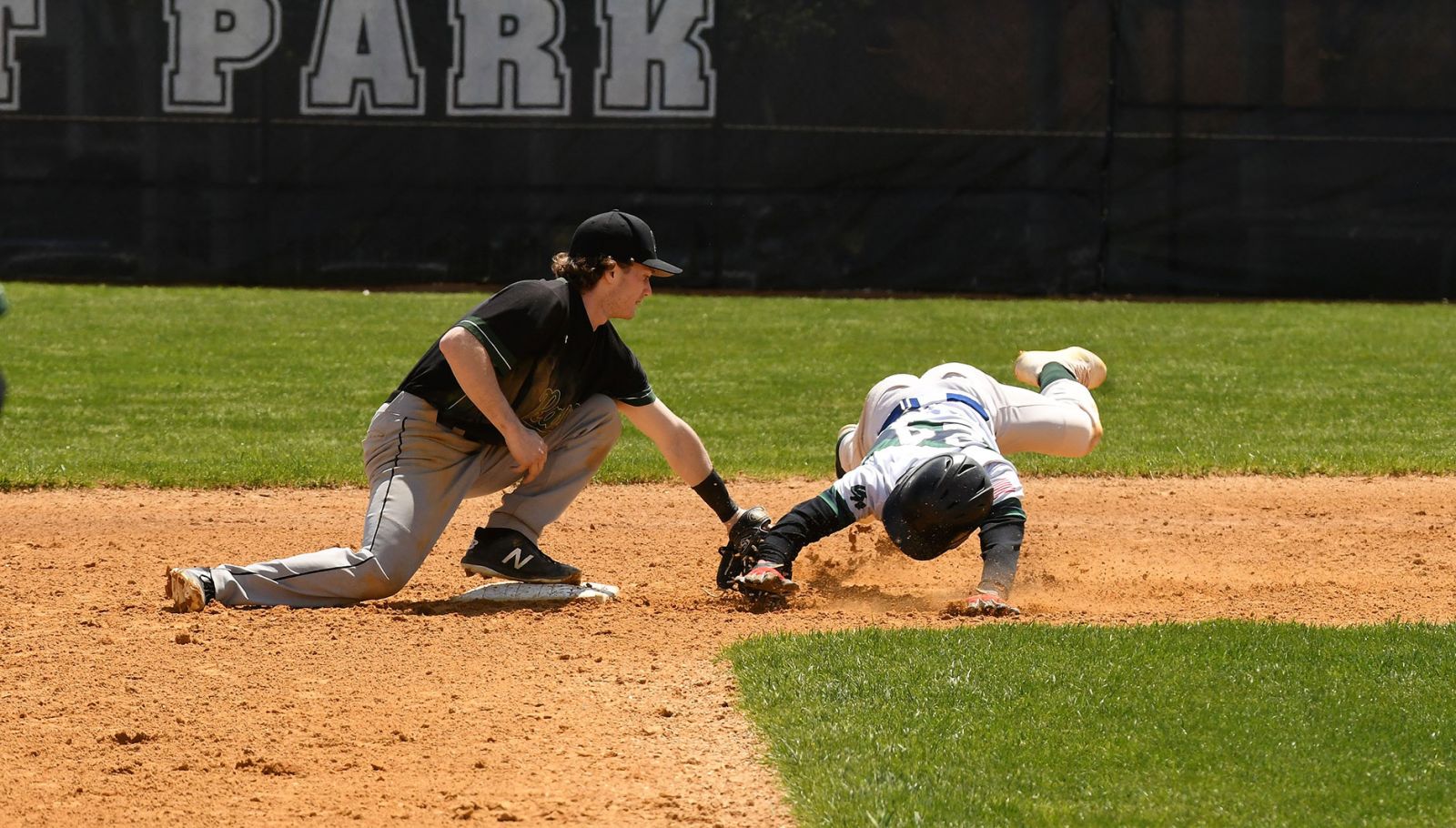 The Rockets then caught a break when No. 1 seeded Wall was upset by 16th seed Colts Neck in the first round setting up a Colts Neck, Raritan matchup in the quarterfinals.

Raritan took advantage of their fortune with a decisive 8-4 win over the Cougars for a berth in the semifinals. Johnston – the starting and winning pitcher – helped his own cause with a two-run single in a four-run third and finished with three RBI and Tennant went 2-for-4 with a double and three RBI. Senior catcher Alex Lamattina added a double, two runs and an RBI. Johnston went the distance to pick up his fourth win of the season throwing 96 pitches while allowing four runs on eight hits while striking out four.

The Rockets will now host No. 12 seed St. Rose (14-3, 10-1) in Saturday’s semifinal. St. Rose, who also just made their first appearance in the Shore Top 10 at No. 10 surprised No. 5 seed Manalapan in the first round and upset fourth-seeded Monmouth in the quarterfinals and some feel the underrated Purple Roses are a sleeping giant.

“We’re expecting to see their No. 1 guy on Saturday and our guys are starting to get used to that,” Struble said of facing St. Rose’ top pitcher. “They have really learned to take it one game at a time and that‘s what we’re going to do Saturday.”

Bruno is quietly putting together a sensational year that has him hitting .500 and leading the team in almost every offensive category including: two home runs, two triples, six doubles, 22 RBI, 12 stolen bases and 26 runs scored while Tennant is averaging .333 at the plate and is second on the team with 21 RBI along with four doubles, a triple and 15 runs scored. 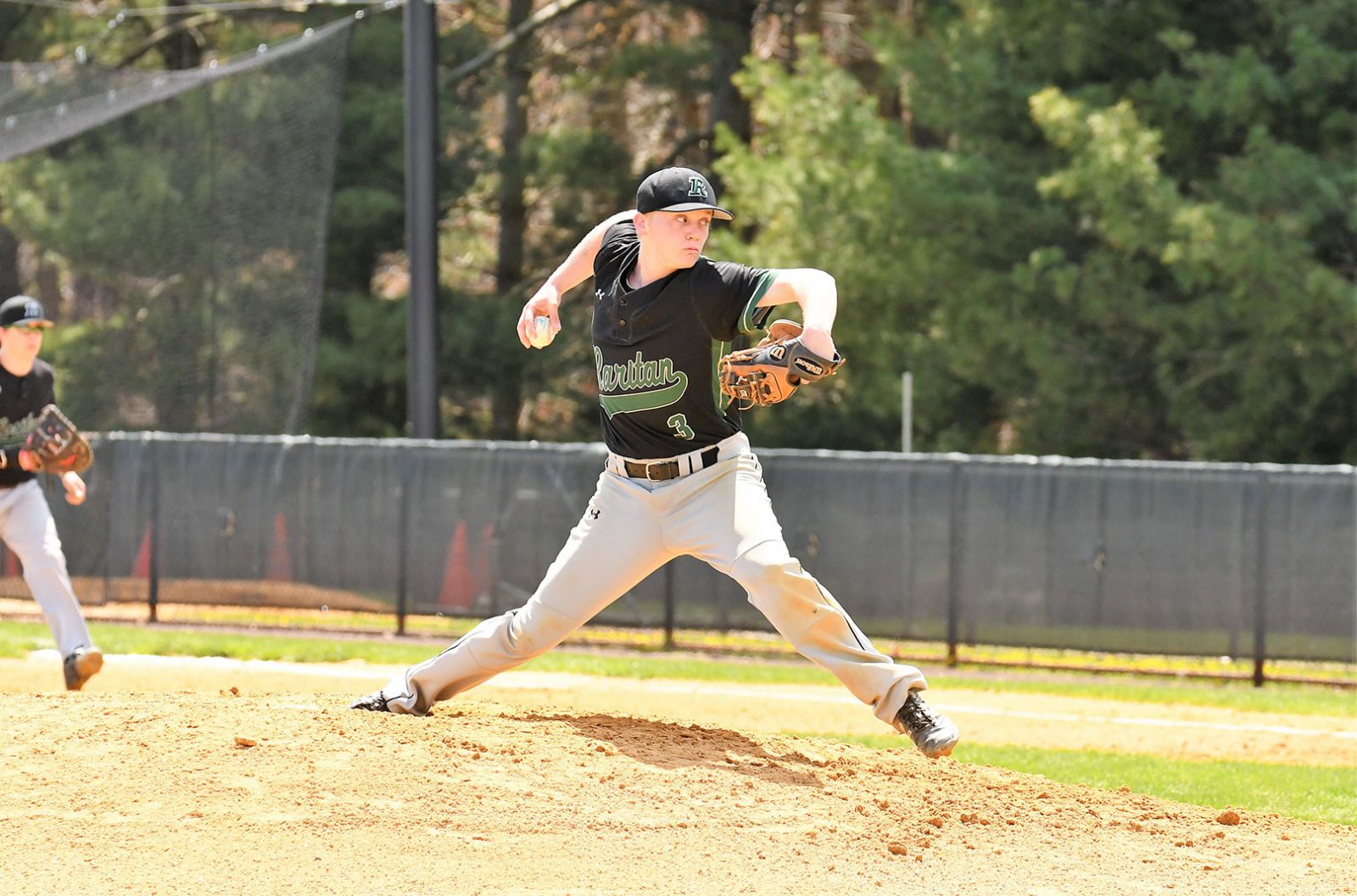 In his first year of varsity ball Kasmer has been a pleasant surprise for the Rockets hitting .479 with a double and 15 RBI and is second on the club with 18 runs scored and 23 hits. Leadoff man Dan Fiore is hitting .310 with 17 runs scored and 11 stolen bases while Lamattina has put together a solid year hitting .333 with three doubles, 11 RBI and 15 runs scored.

When not on the mound Johnston is hitting for a .320 average with nine RBI and six runs scored and Dekis is batting .308 and has two double and 11 RBI giving the Rockets seven starters hitting above the .300 threshold.

“We started off really good and we got into a little slump,” said Johnston. “We were giving up runs and the defense was terrible, so coach (Stuble) told us to come out with some juice and we’ve been winning ever since.”

Johnston picked up his fifth win of the season on Friday going six strong innings (103 pitches) in the Rockets 9-2 over Saint John Vianney helping clinch at least a share of the A Central title in the process. Johnston gave up one run while striking out 11 and walking one. VanMeerbeke went 3-for-4 with a double, three RBI and a run scored.

UPDATE: Raritan lost in extra innings Saturday and was eliminated from the MCT. A two-out bases loaded wild pitch in the top of the eighth broke a 1-1 tie and Raritan failed to score in the bottom half of the inning giving St. Rose the 2-1 win. St. Rose will be making their first trip to the MCT final since 2008 when they won it all and will face Red Bank Catholic, a 6-3 winner over top-seeded CBA.