Red Bulls Knocked out of 2021 MLS Playoffs in Heartbreaking Fashion

For the second time in three years, the New York Red Bulls were knocked out after one round of MLS Cup Playoff- action by their bitter rivals-- the Philadelphia Union. This time, reportedly, 500 Red Bulls supporters traveled down the Interstate to Chester, Pennsylvania, just outside of Philadelphia to watch their team put in a valiant effort only to see it end in heartbreaking fashion.

Every game that the Red Bulls played against the Union this season was a close, exciting match and today's first round playoff game was no different.

ESPN detailed that 18,623 fans attended the RBNYvPHI Playoff match at Subaru Park, which has a capacity of 18,500, to see these two Major League Soccer (MLS) Eastern Conference rivals.

Feisty First Half Down 1-95

Just seven minutes into the game, the Philadelphia Union had the first scoring opportunity. Midfielder Alves Powell pounced on a loose ball in the Red Bulls 18-yard-box and took a thunderous shot that was saved by Red Bull goalkeeper, who led the league in clean sheets this season, Carlos Coronel. The visitors from New Jersey were unfazed by this early score because they landed their first punch soon after that.

In the 20th minute, Red Bull midfielder Kyle Duncan sent a cross into the Union box that found Omir Fernandez wide open, however the Bronx-native could not connect with it cleanly and his header went wide of Union goalkeeper, Andre Blake.

In the 59th minute, the Union striker Kacper Pryzbylko went up for a header on a corner kick for his team and collided with Red Bulls center back, Andres Reyes. The ball was cleared by Reyes, who went down with a head-injury, but the Colombian was able to return to the game, having suffered no apparent residual effects.

The Red Bulls manager Gerhard Struber took Fabio off the field for Patryk Klimala in the 59th minute and subbed on attacking midfielder Caden Clark for Fernandez in the 71st minute. The Union's manager, Jim Curtin countered by subbing off his precocious 18-year-old midfielder Paxten Aaronson for feisty attacking midfielder from Brazil, Sergio Santos.

Just ten minutes before the end of regulation time, Philadelphia produced a scoring chance. A long through ball to Santos played the 22-year-old in on goal. The Brazilian breezed by the Red Bull right-back and to the front-left of the Red Bulls goal, before making a smart move and passing to Pryzbylko who was standing at the top of the Red Bull's 18-yard box. The big German shot first-time but his feeble effort went over the cross-bar and which ensured this epic first round playoff match would go to extra time.

Three minutes in, the visiting side was on the move. In the 93rd minute of the match, Red Bulls midfielder, Christian Casseres Jr. looped a pass towards the edge of the box, where it was misplayed by a defender and picked up by Klimala, who dribbled down the right side of the field until he was about 15 yards from the Union's netminder, Andre Blake. However, the 23-year-old Polish striker would drag his shot wide of the left post and the Red Bulls fans who packed Subaru Park cried in agony at a golden opportunity gone by the wayside.

However, the Red Bulls produced another chance for Klimala, one minute later. Sean Davis sent a long ball over the top for the crafty striker, who flew by the Union's slow defender to go on a breakaway. The shot was low and Andre Blake was able to dive to his left and make the stop. Moments later, when the Union countered with a quick pass in front to striker Corey Burke, but Coronel was there to save the day with this athletic save.

SAVE OF THE SEASON, SAVED THE SEASON pic.twitter.com/OpWs8DB9x0

As extra time wound down, it looked like this Eastern Conference playoff showdown was headed to penalties, but there would be more.

With one minute left in stoppage time of extra time, the Red Bulls' defensive midfielder, Andrew Gutman headed the ball back up the middle of the field where it fell to Union defender Jakob Glesnes. Glesnes chested the ball down and took a volley that swerved past Coronel, into the twine, and sent the Union on to their first Quarterfinal in the 12 years that they have been an MLS franchise.

After 122 minutes of a back-and-forth first-round epic, the Union prevailed on a distant volley from a defensive-minded center back. For the New York Red Bulls, being sent home after one playoff game for the third consecutive year will hit the club's faithful fanbase hard and they also have to watch their biggest rivals advance to the second round of the MLS Cup Playoffs.

Five-hundred Red Bull supporters went to Philadelphia and went home unhappy. There is much that the whole fanbase should appreciate, though and the first thing they should is how well Gerhard Struber managed the team from 12th place on September 17th to seventh place and playoff-bound on Nov. 7.

Back on September 17, the Red Bulls were nine points out of the last playoff spot in the Eastern Conference. Starting with a 4-0 win in Miami, something gave a floundering squad it's wings as those ubiquitous Red Bull energy-drink commercials have drummed into our heads. In the last 12 games of the 2021 MLS season, the Red Bulls went unbeaten in 11 of those matches, which is an eye-opener and that is no mistake.

Here is how Red Bulls manager Gerhard Struber described the progress his team made in 2021.

I’m very proud of all my boys, of our whole coaching group, of our willingness to leave everything on the field. I look with excitement into the future with this team. We made a big step in this season [to the point where] we’re on the level to manage games against the teams like Philly. Philly is of course a team on the highest level in America and this means for me we made many things in the right way. We have some [things left] to do for our chest, but I’m looking forward with a very good feeling for our whole group. - Gerhard Struber

Other than their rock-steady goalkeeper, Carlos Coronel, Sean Davis led the Red Bulls in minutes-played. The team's longest-tenured starter and Captain reflected on his team's second first-round playoff exit, since 2019.

Jersey Sporting News reporter Dan Feuerstein asked the Red Bulls' Captain, who is a Jersey Boy, about how he coped with his parents suffering from Cancer during the 2021 MLS season.

Don't feel bad for me, and I never wanted to feel bad about myself at all. I felt bad for my brother, I felt bad for my parents but I just used it as inspiration. They got me through a lot of tough moments, this year, from a soccer perspective. Honestly, I'm just thankful for all their support and I couldn't have had the year I had, without them. - Sean Davis

In the end, Davis and the Red Bulls head home after a long season, where they changed a lot of people's minds about what this young roster can do. Now, the future of the Red Bulls, who are still searching for that first MLS Cup heading into a 27th year, will be decided by how the team's leadership coalesces around a promising young team.

Gerhard's vision became super clear by the end of the year and all the guys bought in-- completely. We need to improve-- there's no doubt about that-- but I think when you look at the season as a whole, there's much that we were able to accomplish. I hope the fans are proud of us for the last two months and how the entire organization stuck together and That's something to be proud of so, that's something [we can] build on going forward. - Sean Davis 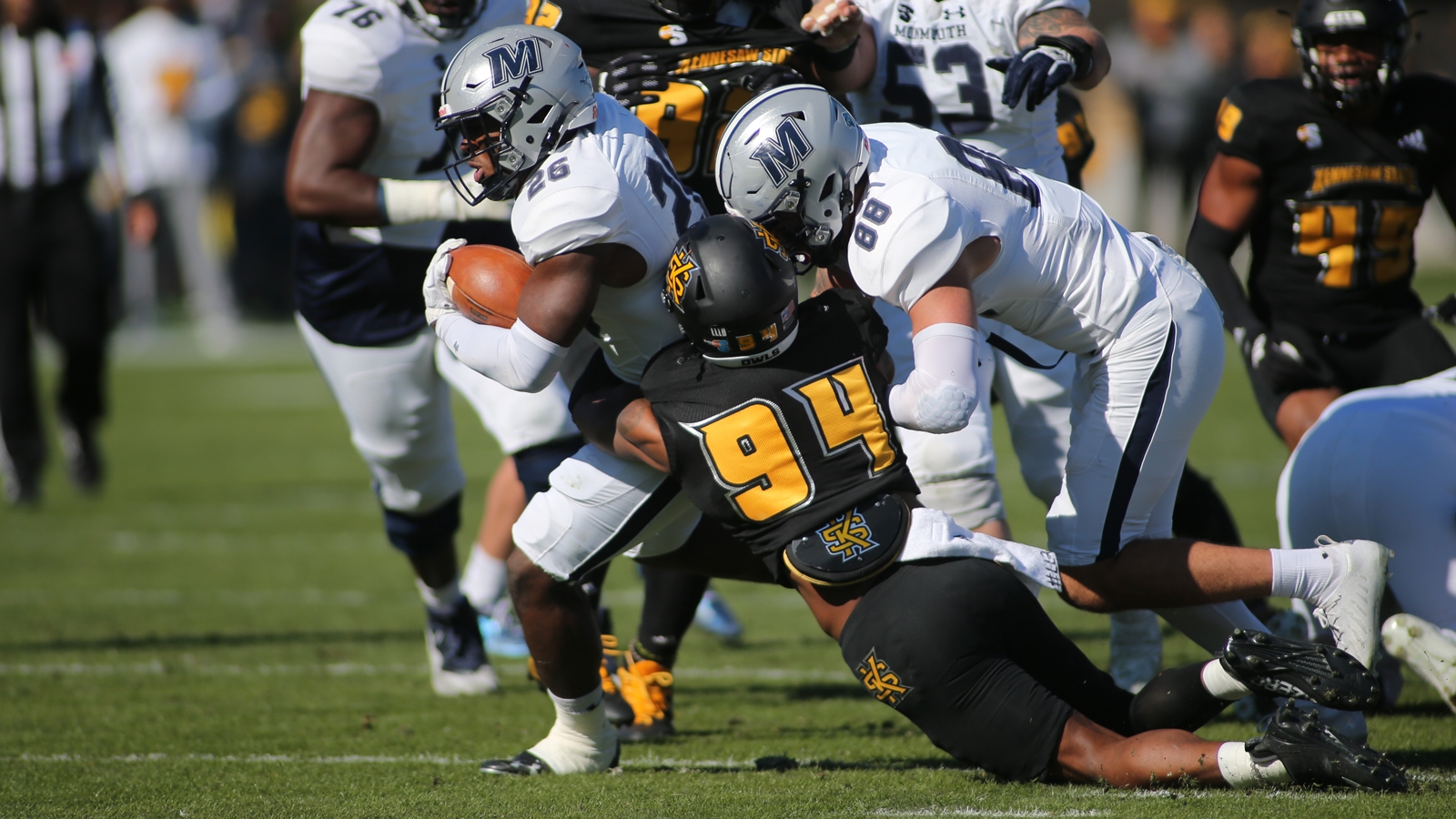 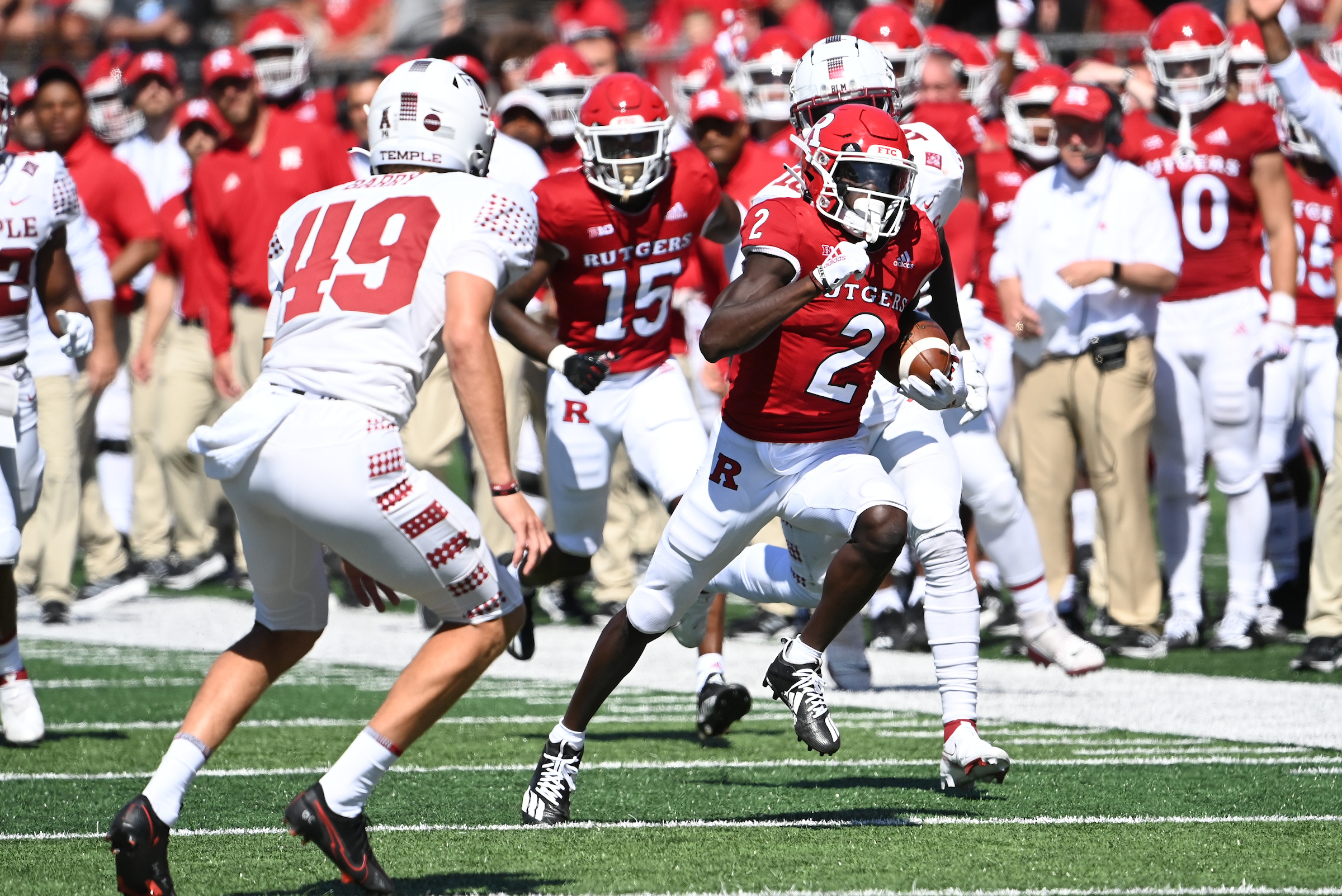 Rutgers Gets Shut Out in Happy Valley