On May 8, the New York Red Bulls hosted Major League Soccer East Conference rival, Toronto FC. New York dominated a Toronto side that was without its best striker, Jozy Altidore and playmaking midfielder Alejandro Pozuelo who finished top-ten in points during 2020.

On a rainy Saturday afternoon in Harrison, New Jersey, the New York Red Bulls would take the field with Toronto FC. It was the fourth game of Head Coach Struber's tenure and he welcomed back former Red Bulls head coach, Chris Armas. Before May 8, Red Bull had a 1-2-0 record thus far in the season and the visitors had gone 0-1-1. Red Bull and Toronto FC had played 35 games against one another since Toronto first joined MLS before the 2007 season. During the last 14 years, the Red Bulls could boast of having a 17-9-8 head-t0-head record with Toronto.

Toronto FC was not at full-strength heading into May 8th's contest at Red Bull Arena. Mexican club, Cruz Azul had just defeated Toronto 4-1 on aggregate in the CONCACAF Champions League (CCL).  Toronto had Captain Michael Bradley healthy for their clash with the Red Bulls but would have to do without star striker Jozy Altidore, who has scored 42 goals in 114 appearances for the United States National Team (USMNT) and "star playmaker" Alejandro Pozuelo.

Head coach Struber's starting lineup was nearly identical to last week's first win. Striker Tom Barlow was the only Red Bull who started in the Red Bull's first win of the 2021 season who was left out of the lineup.

Struber started Frankie Amaya for the second-straight game who joined the Red Bulls from FC Cincinnati on April 20. Up front, the Red Bulls Fabio has been good enough to earn another start and Brian White started as the team's 2nd striker in a 4-4-2 standard formation.

First and foremost, it was a very wet Red Bull Arena turf and the players would have to play under very wet conditions. In the fifth minute, Andrew Gutman sent a long cross into the 18-yard-box that found the Red Bulls Brazilian loan Fabio open, but he headed the ball into the arms of Toronto goalkeeper Alex Bono.

In the eighth minute, 24-year-old defender Sean Nealis made a costly error that almost resulted in a goal for the visitors. Nealis took possession of the ball on the edge of the left wing of his box and tried to clear the ball. His clearance deflected off another player and landed at the feet of TFC forward Ayo Akinola. Akinola took the ball further towards the net and scuffed a shot that dribbled wide of the Red Bull net and a diving Carlos Colonel.

Through the first half-hour of Saturday's match, it was pretty even and the scoreline suggested that. Then, New York pushed the envelope in the attacking-third and were able to get on the board in front of their home crowd.

The Red Bulls would find a way to breakthrough Toronto's staunch defense led by former USMNT defender Omar Gonzalez in the 31st minute. 17-year-old midfielder Caden Clark stripped Toronto midfielder Marky Delgado. Clark ran with the ball down the left-wing and threaded a pass to Fabio who was in the center of the Toronto box. Fabio received the pass, turned his back to the goal and dropped a pass to Frankie Amaya, who would take a right-footed shot from the top of the box that found twine inside the left-post past a sprawling Alex Bono.

Amaya's dramatic strike was his first goal in a Red Bulls uniform in his second start for the club. Amaya has a goal in 280 minutes played this season.

In the 34th minute, Red Bull midfielder Christian Casseres Jr. won a tackle near the sideline. Casseres then took the ball down the sideline and played a low cross into Fabio who was not able to hit it well and the ball dribbled out for a goal-kick.

The Second Half at Red Bull Arena

The Red Bulls had a one-to-nothing lead when they kicked off the second half. Frankie Amaya earned his first yellow card in the 59th minute and was subbed off five minutes later for Dru Yearwood. This would prove to be a smart substitution, because the Englishman would factor into the Red Bulls second goal.

The Red Bulls goalkeeper Carlos Colonel's goal-kick was received by Dru Yearwood in the 68th minute. the 21-year-old midfielder turned to go up field and found open-space ahead, so he dribbled into Toronto's half-of-the-field. Yearwood dribbled to about the 35-yards out from the Toronto net and played a through-ball into the 18 yard box for Fabio.

However, the goalkeeper rushed out and was able to keep Fabio from connecting with it, but that produced a loose-ball opportunity for the Red Bulls. That is when New York's rookie sensation Caden Clark made a bee-line for the ball and was able to poke it home for his third goal of the campaign.

The Red Bulls applied offensive pressure to Toronto all game long and it paid off with the Red Bulls getting an important goal that put them ahead 2-0 in the 68th minute. In the 79th minute, Clark was subbed off for midfielder Omir Fernandez and, had their been more fans in the stands at Red Bull Arena, he would have received a standing-ovation for his performance.

The Red Bulls had several chances to add to their 2-0 lead in the final ten minutes. Fabio was able to get past a Toronto defender and dribble into the 18 yard box. Meanwhile, his teammate Daniel Royer was wide-open in front of Alex Bono but Fabio elected to try and take it in himself and was stripped of the ball. Fabio is still looking for his first goal with Red Bull and will have to wait until May 15 to get it.

The Red Bulls won their second game of the 2021 MLS Season, by dominating a Toronto FC team that took the field at Red Bull Arena without two key players: Altidore and Pozuelo. New York was on top of its game and executed Head Coach Gerhard Struber's game plan to perfection on Saturday afternoon.

The team as a whole defended well," Messing said. "Every time they lost the ball, they hunted it down and got it back. Defending is individual, but it's collective. It really gets the rest of the team pumped up when you're winning balls, when you're winning 50-50 battles."- MSG Network Analyst, Shep Messing

Coach Struber joined the MSG postgame show and spoke with TV hosts Michelle Gingras and Red Bulls color analyst Shep Messing. Struber discussed the team chemistry that the Red Bulls have built during the last two months, adding that his team is only just beginning to fulfill its potential on the field, with the first four games of the season behind them.

"[Our team] leaders have worked very closely with the younger players. I think right now we have great communication and that's one of the most important things, but we aren't forgetting that we have much to improve for next game and we want to prove we can produce good performances week-after-week." - Gerhard Struber

The Red Bulls will be on the road in Philadelphia to play the Union on May 15. Coverage on MSG will start at 7:00 PM EST and kick-off is scheduled for 7:30 PM. 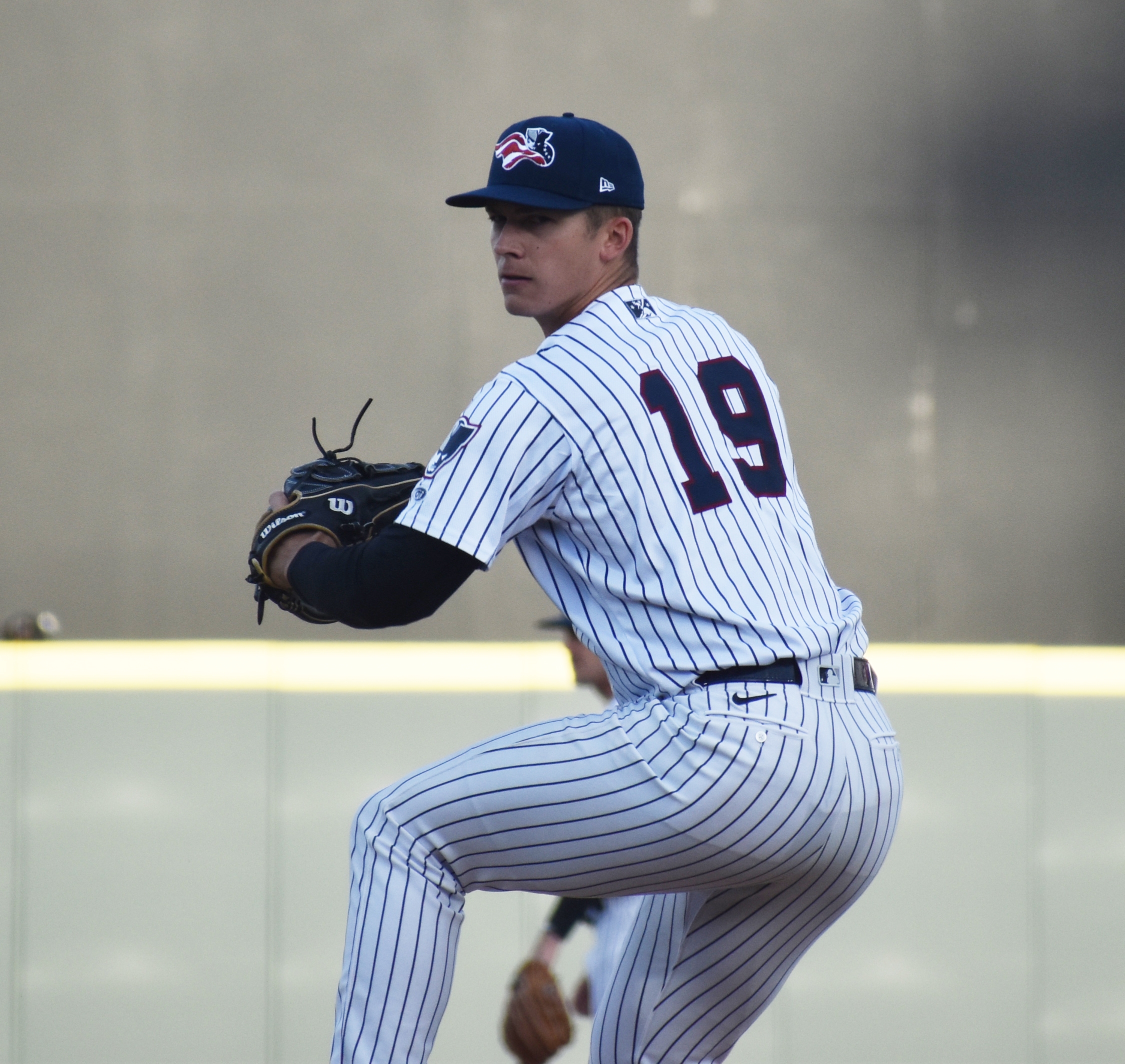 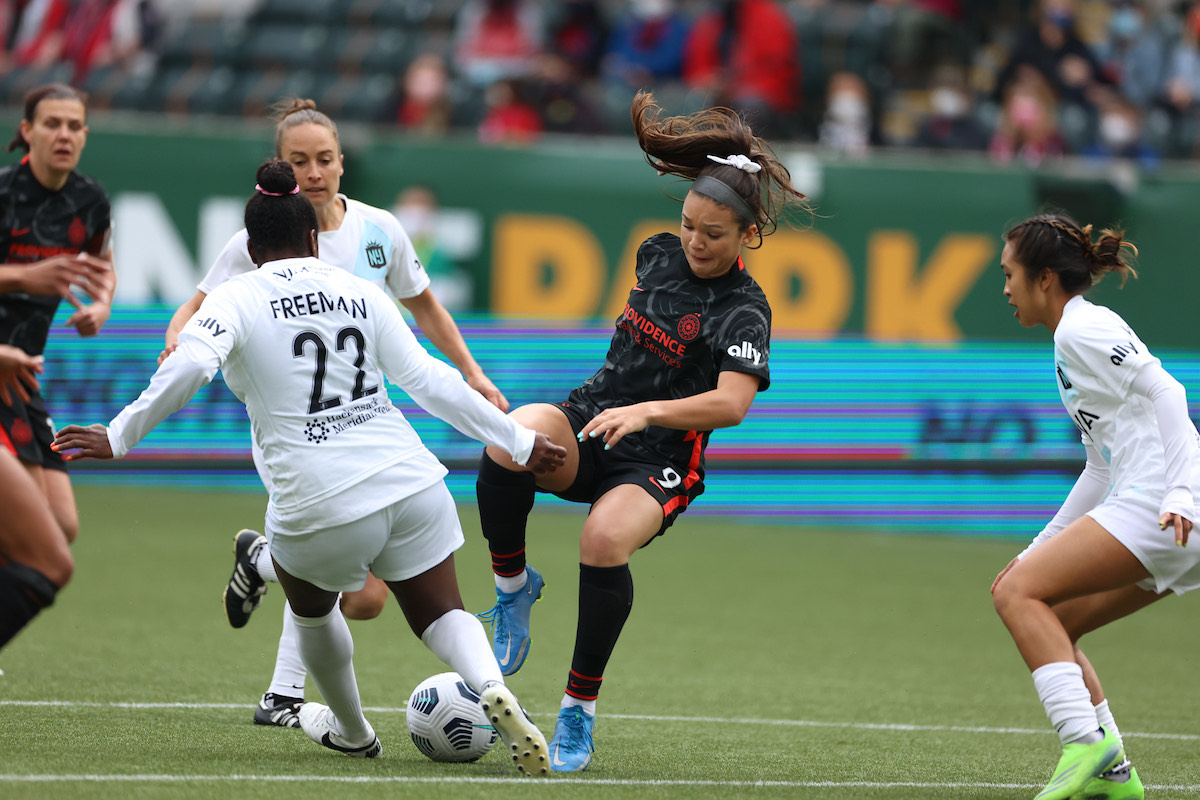