After a hard-fought 112-minute match on their home turf at Red Bull Arena, the New York Red Bulls bowed out of the 2022 Audi MLS Cup Playoffs after falling 2-1 to FC Cincinnati.

Red Bulls manager Gerhard Struber showed FC Cincinnati a different formation, a 4-4-2, for the match. The usual starters were in Struber's lineup today such as team captain Aaron Long, goalkeeper Carlos Coronel and midfielder Lewis Morgan. Morgan led the Red Bulls with 14 goals this season and on Saturday he put his team on the board in the second half.

The first half was one that was dominated in terms of scoring chances by the Red Bulls but they were unable to break through Cincy's defense. The first of their chances came in the 24th minute when Frankie Amaya blasted a volley from outside Cincinnati's 18-yard box that was saved rather comfortably by goalkeeper Roman Celentano. Just minutes later, Red Bulls attacking midfielder Luquinhas had a chance to shoot just yards from goal but his effort sailed well wide.

The last chance of the first half for Red Bull was a free kick from a dangerous area right on the edge of Cincinnati's 18. Lewis Morgan stepped up to take the free kick, sending it to the center of the goal where it was tipped over the bar by Celentano. The Red Bulls were the better team in the first half because they held a 54-46% possession advantage over Cincinnati and took six shot attempts as opposed to Cincinnati's four. However, the Red Bulls only hit the net with two of those six shot attempts and as a result, had nothing to show for their first-half performance on the scoreboard.

A Wild Second Half

There was a tense feeling of anticipation in Red Bull Arena right before the second half began because the thousands who came out to see this first-round playoff game knew that by the half's end, there would probably be a winner. Red Bulls fans wanted it to be their team and the half got off to a good start in the 48th minute. The Red Bulls took a corner kick from the left flag that was headed out of the 18-yard box. The first loose ball came to Frankie Amaya who sent a second ball into the box, where it was headed out again by a Cincinnati defender but this time the loose ball came to Red Bull's leading goal-scorer during the regular season, Lewis Morgan.

The Red Bulls' top offensive player settled the ball and uncorked a wicked shot with his right foot that sailed into the upper ninety to give Red Bull a 1-0 lead.

The Red Bulls had just what they wanted, a lead in the second half of a single-elimination playoff game but Cincinnati stormed back quickly. Five minutes after scoring first, Cincinnati produced a chance at the other end when Luciano Acosta, who was an MLS All-Star this year, flicked a lob pass over a defender's head to his teammate Brenner. Brenner took a quick shot from very close range that was parried away by Red Bull goalkeeper Carlos Coronel.

However, the momentum of this playoff match had shifted into the visiting team's favor by the 59th minute, when FC Cincinnati sent a long throw-in into the Red Bulls box that two Red Bulls players jumped up to clear. They headed it up the middle of the field to Cincinnati's midfielder Junior Moreno who took a shot that deflected into the net. Initially, Moreno's shot was ruled a goal but after a VAR review was waived off.

Things were going well for the Red Bulls until the 71st minute when defender Andres Reyes accidentally clipped one of the opposing team's players inside his own box and the referee awarded a penalty to FC Cincinnati. One of the best offensive players in Major League Soccer, Luciano Acosta stepped up and scored in the bottom right corner of the net to tie the game at one.

Then, in the 85th minute, an FC Cincinnati midfielder hustled down the left sideline and sent a ground cross into the Red Bulls' 18-yard box. At the same time, Cincinnati forward Brandon Vasquez was running into the box and beat Red Bulls center back Aaron Long to the ball before toe-poking it past Coronel to give FC Cincinnati a 2-1 lead.

The Red Bulls tried their best to equalize during a long stoppage time period but were unable to generate much other than a free kick right on the edge of the 18-yard box, which was taken by John Tolkin. Tolkin sent the free kick over the bar and with that the New York Red Bulls bowed out in the first round of the MLS Cup Playoffs.

Post-Match Reactions from the Red Bulls

This season was Struber's second full one in charge of the New York Red Bulls. He is now 0-3 in the playoffs, including the playoffs in 2020 but this was his first time managing his side in a playoff game at home and he discussed how he took the loss:

This is very, very painful now for everything we play at, but this is also a big learning moment or a big moment to grow. This is a big hit in the face today and yeah, especially when we look back the last week, the last days, the last few days, how we prepare the situation today from the match plan, from the mindset in all direction, I can see the group of players, they were very close. They invest everything. But in the end, you cannot go for a second with a relaxing moment or you are not clear enough to clear the ball. I think, yeah, it's hard but this is the reality of the moment. We have to learn. We have to grow in moments like that. It's not easy.

The last time the Red Bulls had a home playoff game was in 2018. That year the team was able to reach the Eastern Conference Finals and Aaron Long was a part of that team. In fact, Long has been a key player for the Red Bulls for the last four seasons, but this season was Long's first as Red Bulls captain.

The 30-year-old defender described his emotions following his team exiting the playoffs in the first round for the third-straight season.

Yeah, I think originally when we first had our lineup together, I know a lot of people weren't even expecting us to make the playoffs, like years past. I think for us to kind of prove them wrong in that way and battle from no one believing in us to being in first place at one point and to securing a home playoff game is something to be said and I think it's a good building block for next year.

Next year is a long way away for Red Bulls fans and with every year, the fanbase wonders when it will be their time to lift MLS Cup. However, for now, they will have to take some positives away from a regular season in which their team finished high enough in the standings to host a playoff game for the first time since 2018 with a team that is young and raw and not yet a true cup contender. 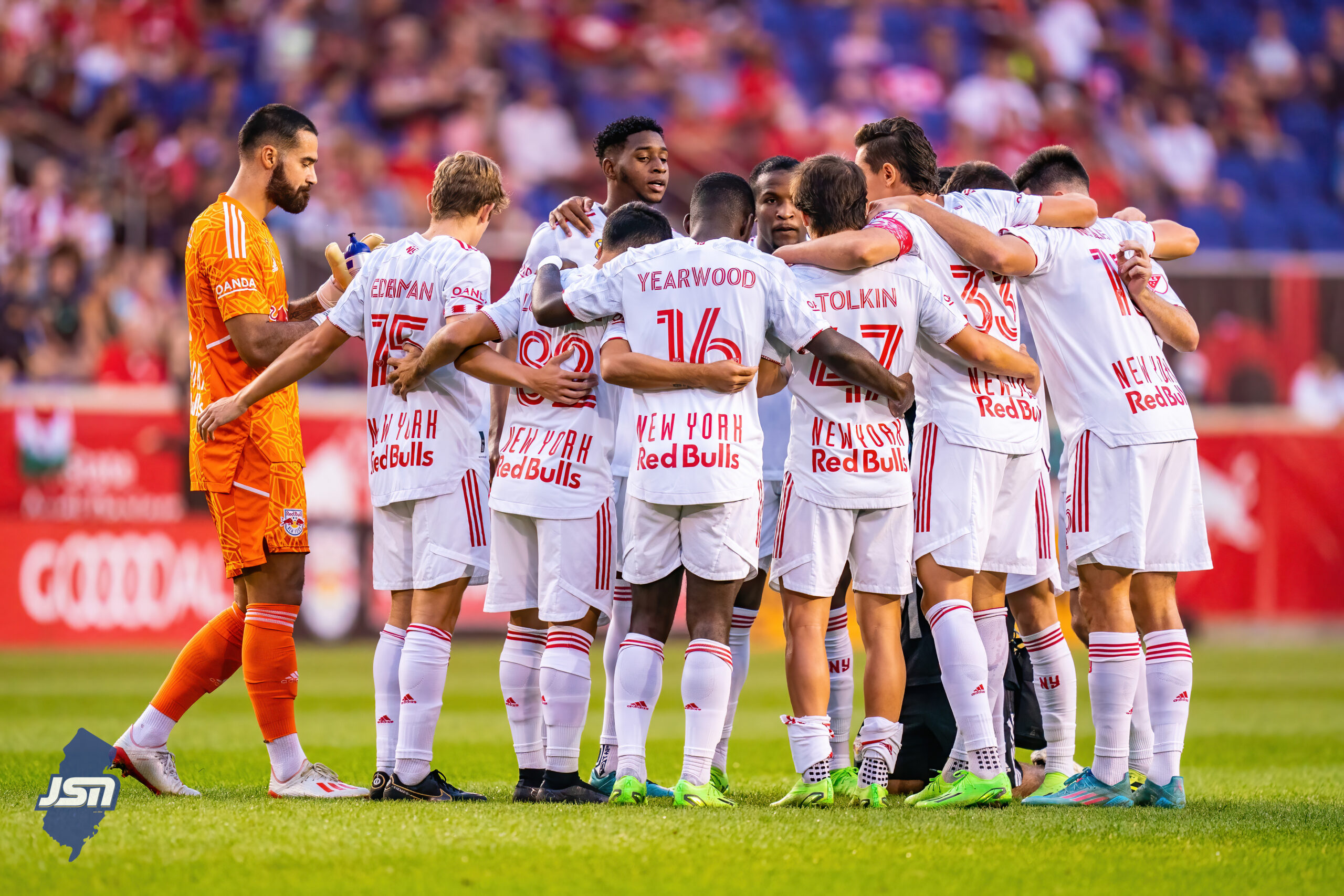 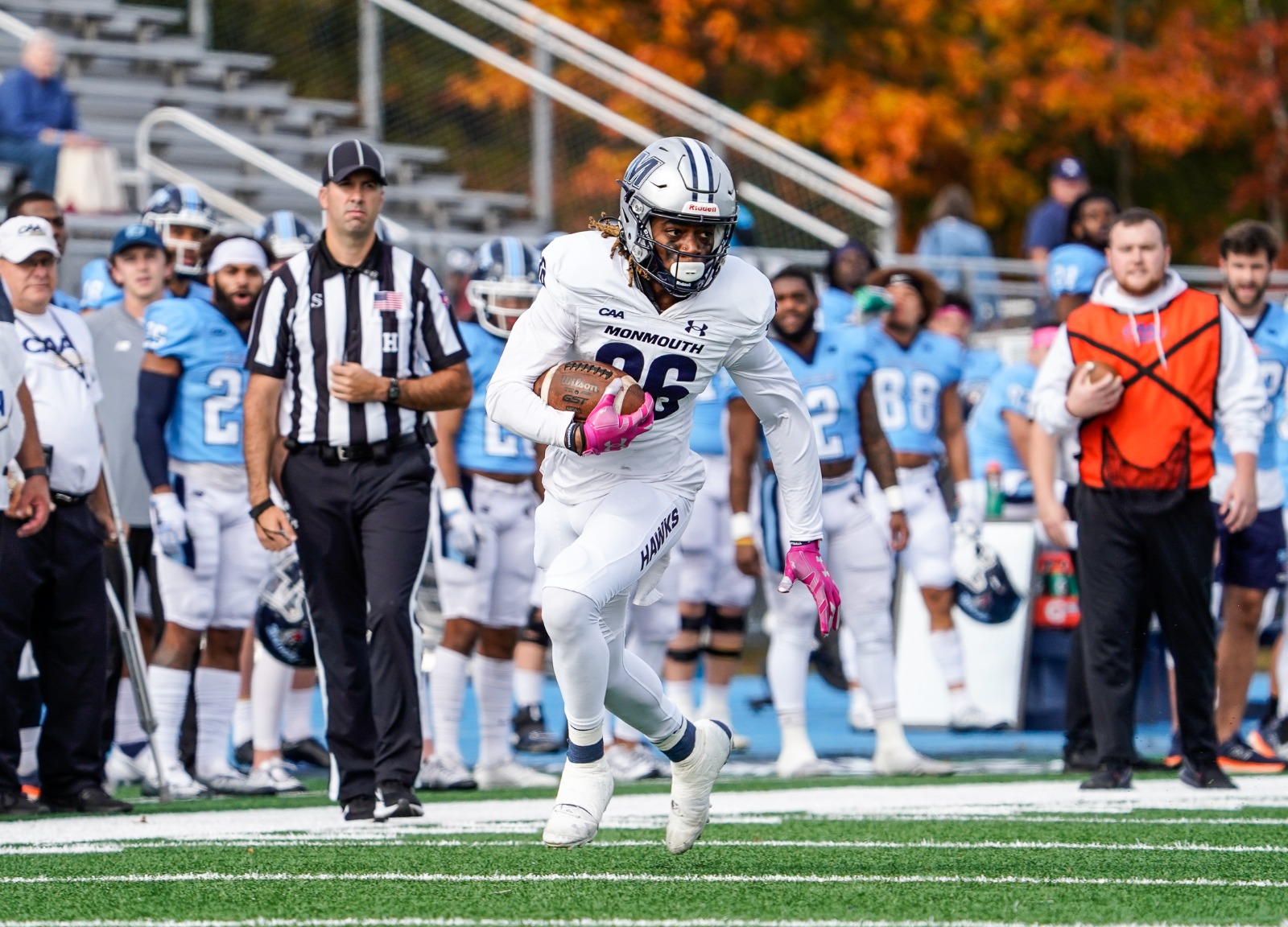