The Red Bulls were on the road in Foxborough, Massachusetts where they would face the New England Revolution, who were in first place in the Major League Soccer (MLS) Eastern Conference. The Red Bulls were looking to get back to their winning ways after being shutout by Philadelphia on May 15.

The New York Red Bulls shipped up to Boston-- Foxborough, but close-- to play the 'Revs' who sat in first place in the Eastern Conference standings.

Keeping New England's potent offense led by MLS Superstar playmaker, the Spaniard Carles Gil would be a tough ask for a Red Bulls side missing their leader, center back Aaron Long. For the Revs', Gil has the most assists in MLS (4) with Fabio, who was the Red Bulls' striker on the right side of the Red Bulls' 4-1-2-1-2 formation that Head Coach Gerhard Struber went with on Saturday. Offseason loan, Tom Edwards made his first start at right-back, after playing well on May 15 against the Philadelphia Union.

The action picked up in the sixth minute of the first half. The Red Bulls earned a free kick about 22 yards away from the Revolution's net. Caden Clark stepped up to take the free kick. Instead of shooting from the free kick spot, he laid the ball off to striker, Danny Royer who took a hard right-footed shot that the Revs' goalkeeper, Matt Turner barely parried over the bar. Turner was born and raised in Bergen County where he lived in Parkridge, New Jersey and attended St. Joseph Regional High School.

After the ball went out of bounds for a corner kick, Red Bull midfielder, Frankie Amaya took the corner kick. The skillful player from Southern California delivered a cross that looped sharply on the edge of the six-yard-box, where Colombian Andres Reyes making his first start for Red Bull, was able to run ahead of his marker and head the ball into the ground and past Turner.

What a debut! Andrés Reyes heads in his first @MLS goal in his first @Newyorkredbulls start! @Audi | #RBNY pic.twitter.com/PyyH3lgBwU

Just seven minutes into his first Red Bull start, the 23-year-old defender had scored an emphatic goal on the road against a rival. Thanks to good execution of the corner-kick and Reyes finding a way to get open and score, the Red Bulls jumped out to an early one-to-nothing lead at Gilette Stadium, which is also home to the NFL's New England Patriots.

In the 21st minute, the Red Bulls had a breakaway, which was a great opportunity to stretch their lead. The Red Bulls 17-year-old midfielder Caden Clark floated a long pass that found Danny Royer behind New England's defense. The Austrian went in one-on-one with the goalkeeper and lost his balance, forcing him to take a weak left-footed shot that was parried away by Turner. The rebound fell to the middle of the field for Christian Casseres who shot wide to the right and that chance was gone.

The Red Bulls had momentum early on, but it started to unravel after 30 minutes had passed. The Revs' Arnor Traugaston drilled a pass that scurried across the grass deep into Red Bull territory. Traugaston's pass played in veteran Argentine striker, Gustavo Bou, who went in on a breakaway with Red Bull goalkeeper Carlos Colonel. Bou finished confidently in the bottom right corner of Colonel's net and the game was tied at one.

As the first half came to a close, the home team's offense started to come to life. In the stoppage time after 45 minutes went by, New England's midfielder Tajon Buchanan pushed the ball well behind Red Bulls' Sean Nealis. Buchanan then sped past Nealis and Buchanan took a right-footed shot from a deep angle that beat Red Bull's loaned goalkeeper inside the near-post, which the Red Bulls color analyst and former professional goalkeeper thought he could have stopped.

The Red Bulls scored the first goal of this match, but gave up two goals in the last ten minutes of the first half. Reyes got the Red Bulls on the scoreboard but received two Yellow Cards, which forced the referee to send him off for two fouls. The second foul that doomed Reyes was a two-footed challenge on Carles Gil that forced him to be sent off in his first start for New York.

The Red Bulls started down to ten men and head coach Gerhard Struber made some changes.

The reasoning behind these changes was that Fabio had not created too much during this game. When he was subbed into the Red Bulls previous match, he created offensive chances and hounded defenders mercilessly. Omir Fernandez coming on for Amaya was probably just about getting fresh legs into the game, as well. Regardless, New York had to try and regain momentum after losing it late in the first half to a New England Revolution who went all the way to the Eastern Conference Finals in 2020.\

The New York Red Bulls' captain is Sean Davis and he is a player that does not look for personal accolades. Instead, the Holmdel, New Jersey-native's game is all about leading by example and helping his team win through good defense and shutting down the opponent's best player. Davis would be called upon in, early in the first half, to make a crucial stop.

The Revs' were ready to go from the second-half kick-off. Revs midfielder, Gil, who easily made the most long passes of any player on the field, played a long ball over the top to Adam Buksa. Buksa dribbled in but was caught from behind by Sean Davis who blocked his shot, right in the nick of time.

MSG Color Analyst Shep Messing said that Caden Clark "played last game [96 minutes] but I thought he played well tonight." Clark left the field and was replaced by the speedy attacking midfielder, Cameron Harper, the 19-year-old has made four appearances totaling just 71 minutes this season and has completed 75-percent of his passes, so he was asked to bring some vigor to the visitor's attack.

As a counter-move, New England made two subsitutes.

In the 61st minute, the Red Bulls goalkeeper was tested yet again. This time, New England's Polish striker Adam Buksa received a pass and found himself right in front of goal with a Red Bull standing in his way. Buksa used his tall frame to shield the ball, turn and shoot quickly. Colonel sprang into action, parrying away Buksa's shot and keeping the visitors from losing control of the match.

Colonel kept Red Bull in the match throughout the second half because he made a season-high eight saves. However, it was only a matter of time before the Revolution scored and Buksa added the third nail in the coffin in the 82nd minute.

Postgame Notes from May 22

The Red Bulls started two players, Reyes and Edwards on defense, who had not donned the red and white red bull uniform ever before. For Reyes, his first Red Bulls game was a tale of two players, the player who did not look overwhelmed in his first game against an experienced team and scored the first goal of the match, a great header on a set-piece. Then, there was the Reyes who let his emotions or lack of refinement get the better of him and shoved a player into the advertisement boards out of bounds and stepped on New England's superstar's foot with a bad two-footed challenge, which got him sent off after 38 minutes of play in the first half. Hopefully, the Red Bulls young center back who showed promising instincts in the attacking third and was strong at tackling this afternoon will learn from his mistakes and allow himself to become a big part of this team going forward.

As for right-back Tom Edwards, he "knows what to do with and without the ball" as MSG's color analyst Shep Messing said in the second half. He looked good at covering the opponent's players on the right wing and crossed the ball excellently. Head coach Gerhard Struber should feel confident using Edwards going forward. The question is will that make Kyle Duncan a bit of a liability at left-back, as he was overmatched when trying to play offense because he is a right-footed player who was playing on the opposite flank.

The team statistics show that Red Bull were overwhelmed offensively by the top team in the MLS Eastern Conference. The Revolution had a 57 % of possession and took 11 shots on goal as opposed to the visitors taking just three, which included Danny Royer's free kick straight into the hands of New England's goalkeeper.

The New York Red Bulls will go from playing the first-place team in the MLS Eastern Conference' to facing the second-place Orlando City SC at 1:00 PM Eastern time. In their last match, Orlando defeated Toronto 1-0 and have allowed just two goals in six matches this season. 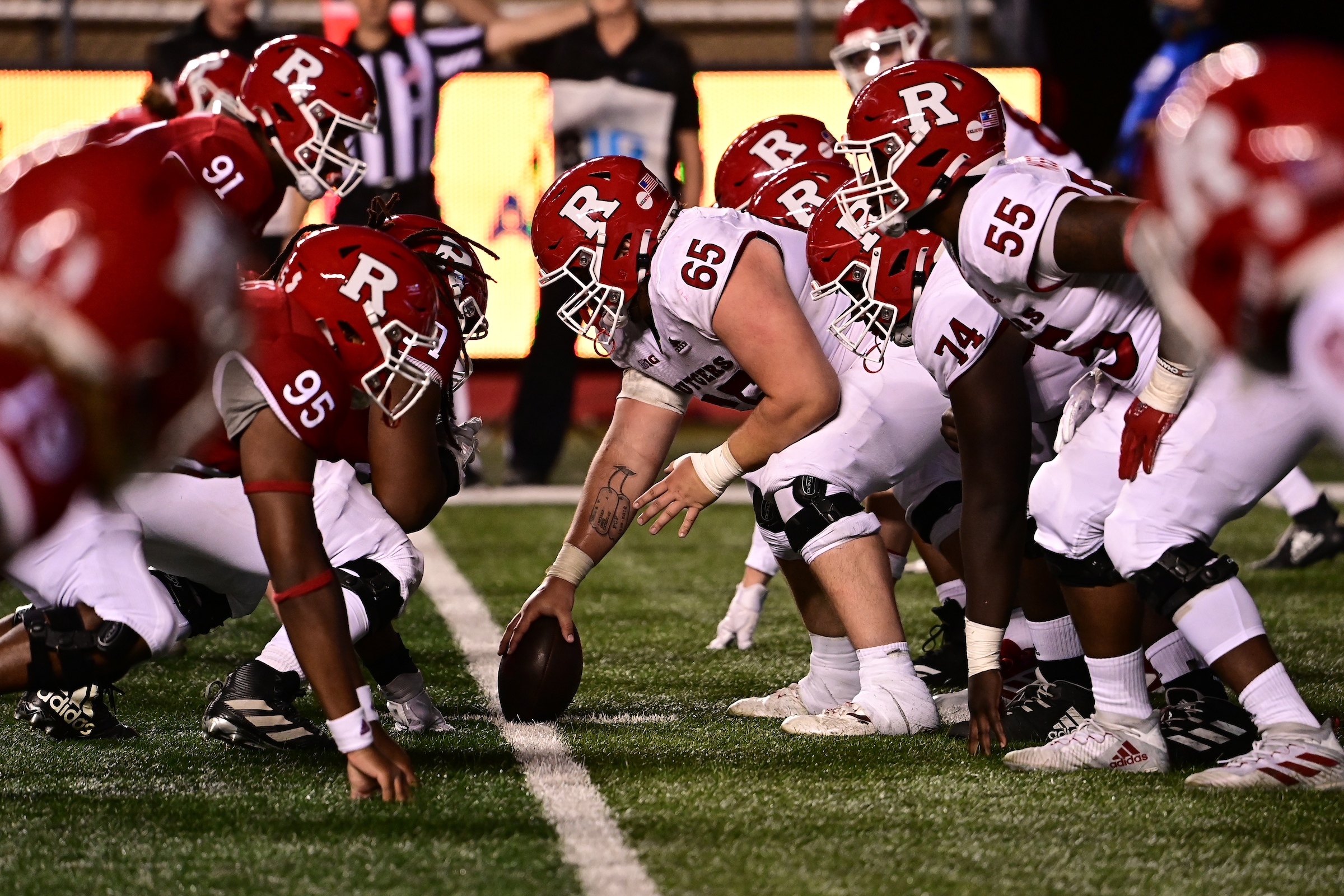