The New York Red Bulls took the field at Red Bull Arena on Wednesday night, winless in their last six games and looking to give the South Ward Faithful something to cheer about. Here is the lineup that Manager Gerhard Struber deployed against the defending MLS Cup Champions, Columbus Crew.

The Red Bulls went with a three-man back-line for the second-straight game. Wednesday's game against Columbus was the second straight start for center-back Sean Nealis who had recently missed two games due to a thigh injury. Nealis replaced defender Tom Edwards, who was suspended due to Yellow card accumulation and Andres Reyes made his first start since June 27 at center-back.

The biggest storyline of the night was the return of Bradley Wright-Phillips to Red Bull Arena. Wright-Phillips is the Red Bulls' all-time leading goal scorer (108) but according to the Columbus Dispatch in four games he has played for the Crew, he had not scored a single goal.

The Crew came into Red Bull Arena with a 6-6-7 record and in eighth place, just outside the playoffs and winless in four straight. The Red Bulls came in at 5-9-4 and in 11th place and looking to get their ship back sailing in the right direction.

The first quality scoring chance occurred when Gyasi Zardes centered a pass to Bradley Wright-Phillips . The Englishman managed to get a shot off close to goalkeeper, Carlos Colonel. but the Brazilian came up big, keeping the man known to the Red Bull faithful as 'BWP' out of the net in the second minute of Wednesday's match.

The Red Bulls counter-punched with Patryk Klimala who nearly won a penalty kick in the fifth minute. The Polish international tried to flick the ball around Crew midfielder, Liam Fraser. Fraser's cleat slammed into Klimala's leg, sending the Red Bulls forward down in agony. The referee initially awarded the Red Bulls penalty, but after reviewing his call on 'VAR', overturned his original call and play would continue with no penalty kick awarded to the Red Bulls.

The Red Bulls would find their goal in the 31st minute when 6'4" striker, Fabio, kept his back to his defender and played a one-touch pass to New Jersey-native, John Tolkin. Tolkin strode into the box down the left-wing, made a quick cut to his right and tucked the ball through the legs of Columbus's  goalkeeper from Curacao, Eloy Room.

Not a bad way to score your first MLS goal! 😏@NewYorkRedBulls take the lead! pic.twitter.com/VtU5dNIO8s

Tolkin's first career goal put the Red Bulls on the board first in a game for the first time since July 31 against the New England Revolution. The man who shares the last name of J.R.R. Tolkien of "The Hobbit" fame, opened his Major League Soccer (MLS) account in his 16th appearance and 13th start for the New York Red Bulls during the 2021 MLS season.

"John Tolkin showed me he's a very interesting talent for our team and for our club," Struber added. "It's not a big surprise because we've seen it in training and now you see it in the game." - Gerhard Struber

Starting off the second half, Red Bulls manager, Gerhard Struber subbed out young center-back Andres Reyes, who was making his first start since June 27. Midfielder Frankie Amaya came on for Reyes, but stepped into a defensive midfield role, which changed the Red Bulls' formation from a 3-5-2 to a 5-2-1-2 formation.

Despite the switch to a five-man-backline, the Crew threatened the Red Bulls goal early. In the 47th minute, the Crew's midfielder, Kevin Molino had a chance to score one-on-one with Red Bulls goalkeeper, Carlos Colonel, but the Red Bulls man between the sticks made a dramatic save to keep his team in the lead 1-0.

SUB | Etienne Jr. IN, Matan OUT / Pedro Santos IN, Francis OUT

SUB | Klimala OUT, Barlow IN

New York's commander-in-chief had his finger on the pulse of the game all night long. The Austrian made three substitutions in the 70th minute, looking to bring fresh legs onto the field to preserve his team's slim 1-0 lead. Struber brought on 18-year-old phenom Caden Clark for Wikelman Carmona and veteran Daniel Royer for Fabio. Finally, Mandela Egbo replaced Amro Tarek on the backline, to complete the three subs late in the game. Now, it was time for the Red Bulls to hunker down and win the game.

Besides a breakaway which Columbus's Gyasi Zardes had stopped by Colonel in the first half, the Crew's best chance to tie the game came in the 76th minute and who else would take the chance? Bradley Wright-Phillips.

Wright-Phillips scored 108 goals during his tenure in Harrison, New Jersey but tonight the Red Bulls goalkeeper was there to thwart his ambitions of scoring in maybe one of his last appearances at Red Bull Arena. Colonel's best save of the match was a diving stop just inside the left post on a one-timer by Bradley Wright Phillips in the 76th minute. Colonel had four saves tonight and each one of them was instrumental to the Red Bulls earning their first victory in seven games.

The New York Red Bulls held on to earn their first win in their last seven matches and take three points from the defending MLS Cup Champs.

"Everyone knows [how we've been playing] the last few games, always good performances but can't produce the desired results. In the end, we deserved the win, we fought more [and] we're more hungry than Columbus." - Gerhard Struber

"He's sharp and actually, that ending to the [Aug. 14] game against Montreal, facing those three penalty shots, a goalkeeper usually saves one out of five, for Colonel to save two in a row, he's feeling bad about the result but he's feeling good about himself." - Shep Messing

"Coming off a win tonight for Red Bulls, really gives them some confidence," Messing said. "NYCFC could be one of the top two or three teams in the league, but these rivalry matches take on a life of their own and [because] NYCFC [are] coming off a loss and Red Bull coming off a win, this should be a dynamite game." - Shep Messing

The Red Bulls will have a quick turnaround and take part in the first Hudson River Derby of the 2021 MLS Season against New York City Football Club (NYCFC) on Saturday, Aug. 21 at 8:00 PM (Fox Sports 1).

Andrew Gutman who has gone out on the field and performed at several different positions this season, including center-back tonight during the second half, described the next game on Saturday.

"It's a derby, biggest game of the year, at home in front of our fans, we have to get three points." - Andrew Gutman 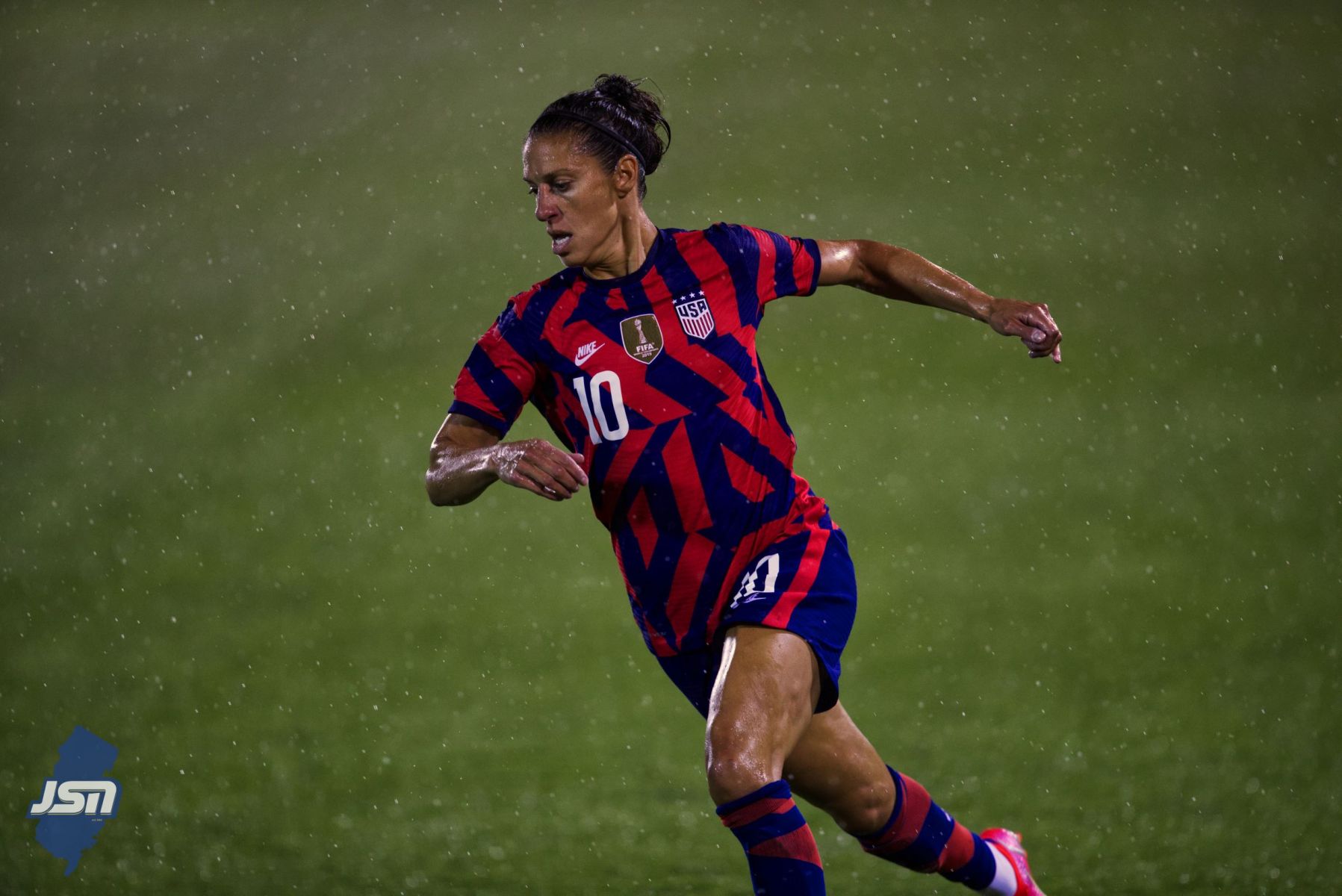 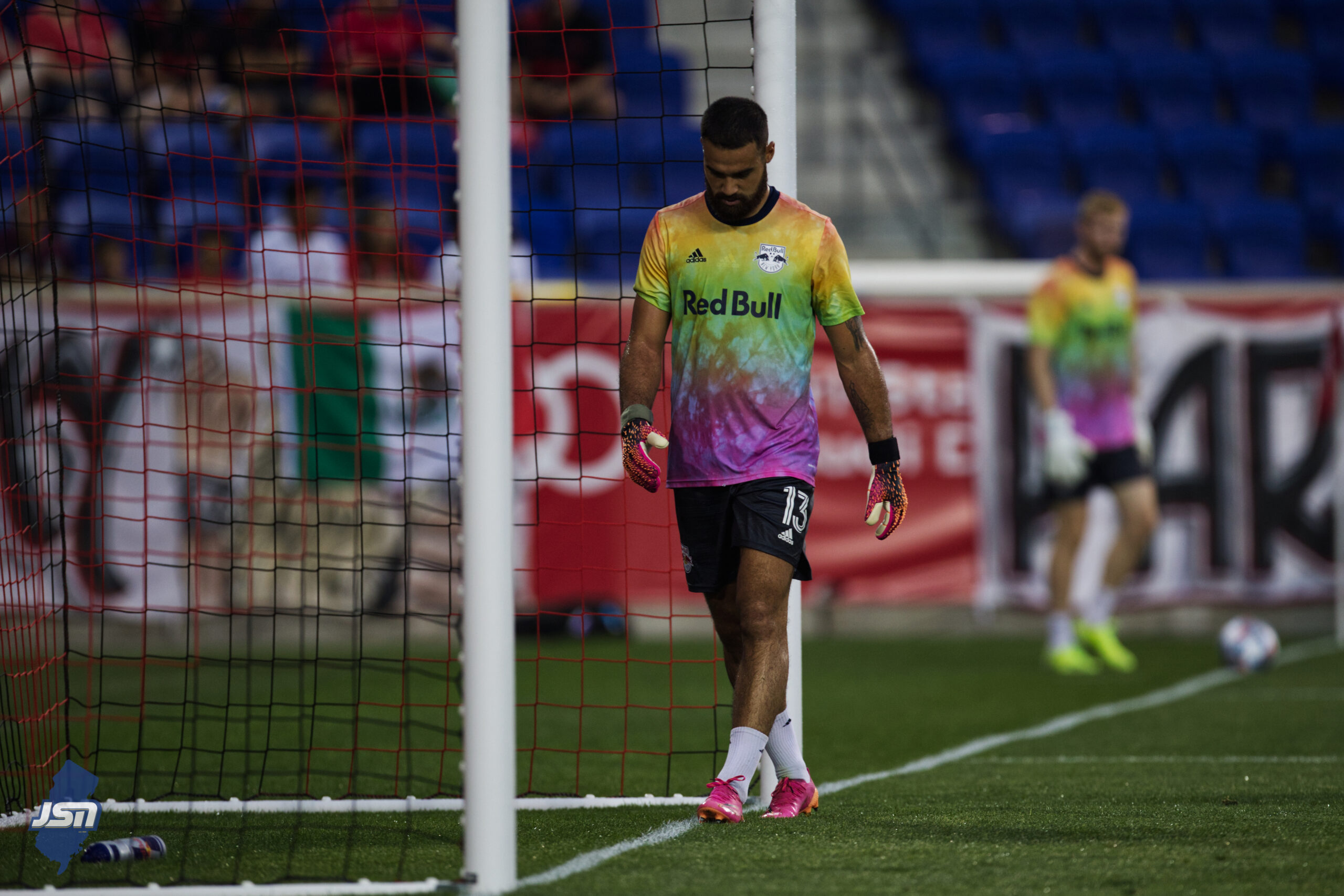 Coronel gets redemption, while Tolkin's play is ...