It was a humid evening at Montclair State University for a battle of two old rivals, the Pittsburgh Riverhounds and New York Red Bulls II. Despite the good vibes the Red Bull organization was feeling after the MLS team's win the night before, it was the Riverhounds who got off to an early lead. The Red Bulls II left 34-year-old forward Alex Dixon alone on the far side, who dribbled in and shot past goalkeeper, AJ Marcucci.

Just seven minutes later, the hounds bit the bulls again. This time, Russell Cicerone scored his seventh goal of the season, tying him for fourth in the USLC this season. It was a rough first half for the Baby Bulls that was made rougher when their starting goalkeeper got injured. Near the end of the first half, Marcucci came off his line and knocked heads with an opponent. He stayed down for a while, received medical attention and did not return.

The Baby Bulls found themselves down 2-0 heading into the second half and now the Bulls would have cope without its goalkeeper, Marcucci. However, the back-up keeper they signed from the University of California-Davis this offseason has already made some great saves this season and showed off his ability in this game.

The Red Bulls II were on the offense and earned a free kick in the 47th minute, which Rafanello shot far over the bar. In the 59th minute, Pittsburgh found Cicerone at midfield, who dribbled into the 18-yard-box. After two fakes, Cicerone took a left-footed shot that Chan aggressively rushed out to smother.

60: Chan with a big save to prevent a Pittsburgh scoring chance.

In the 67th minute, teams made two subs; New Jersey-native John Murphy replaced 17-year-old Red Bull academy product Sam Williams and Jonathan Filipe came in for 16-year-old Curtis Ofori. But then, Pittsburgh made it 3-0 when Red Bull were unable to slow him down and he drilled in a shot inside the Red Bull box.

Chan would make two more saves in the 77th and 82nd minute, the second of which involved saving a one-time shot on his backdoor and holding the rebound. Overall, the 21-year-old Californian made three saves and deserves credit for showing more hustle and heart than any Red Bulls II player during this game.

Although the score line paints a sad picture, there were good moments for the Red Bulls II. In the first half, forward Zach Ryan had a couple of chances but could not get his shot on target, showing the offense was not defunct and coach Lewis described how he felt about it.

We created some good chances. Zach Ryan had two chances, doesn’t get them on target, but there are moments that you have to take advantage of because at the highest level, you might not get two chances, or that might be your last two chances in a game, and you have to convert. He’s been good about it. He’s come into this group from training with the first team, being on the field with the first team, and, you know, he wants to do better. If we convert it, it changes the mood of the group and obviously you’ve got something to hold on to, but I felt at one-zero, we weren’t going to recover then.

Coach Lewis went on to say that "you can lose the battle but don’t lose yourself in the battle" and that generally his players needed to fight back together as a team rather than losing their structure.

Despite all the woes after their starting keeper Marcucci went down injured, back-up Derrek Chan did well. Coach Lewis touched on how Chan has been developing during his first professional season.

He's a good goalkeeper, no problem with Derrek. We're really blessed with goalkeepers, and they work diligently with [our goalkeeping coach].

Recently, I wrote about 21-year-old Jordan Adebayo-Smith working with the club's all-time goals leader Bradley Wright-Phillips in practice. Smith has played in almost every Red Bulls II game this season and he touched on how he and his teammates should regroup after this loss.

We’re going to have to look in the mirror and try over the next few games to give each other 100 percent. That’s the only way we can come together as a group as we know that we’re all working for each other, we’re all looking at the bigger picture. It will help to compete against big teams because we have Louisville, it’s a big test for us next game. That’s definitely going to show our character.

The Red Bulls II's next match is on the road where they face Louisville City FC on July 9. at 8:00 PM, who currently are in second place. 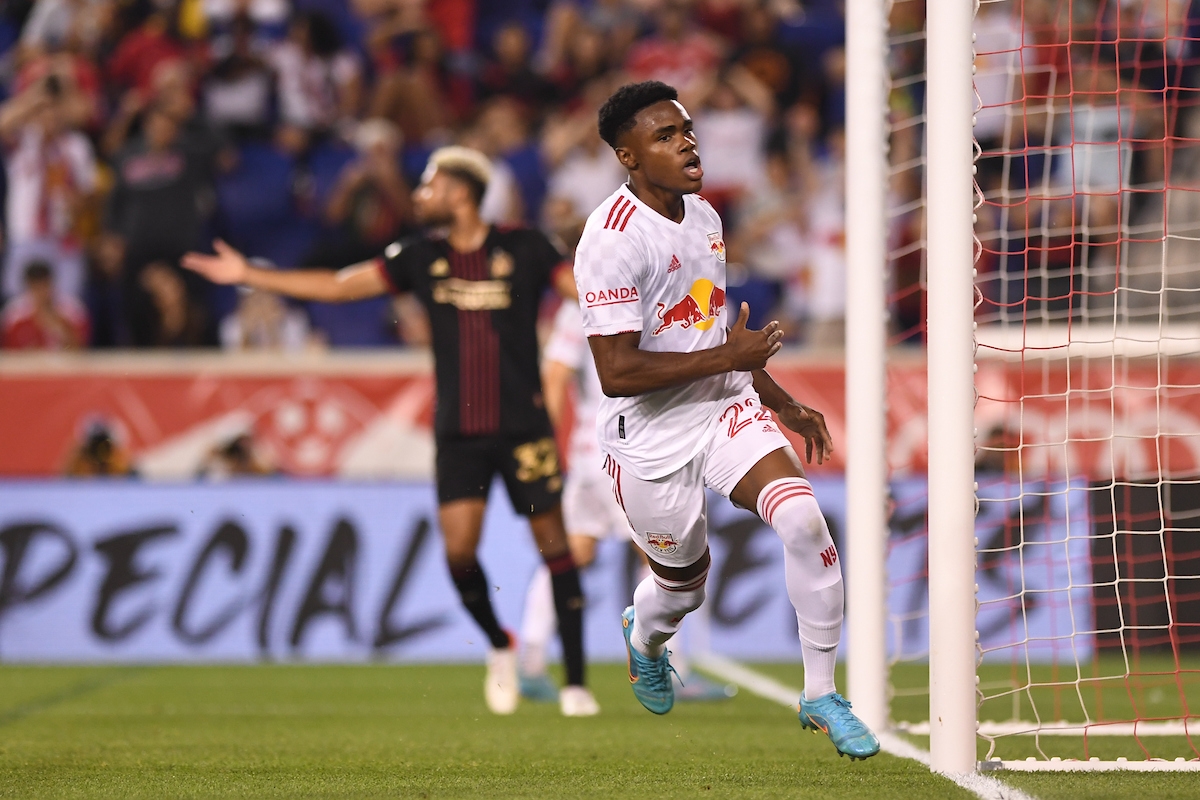 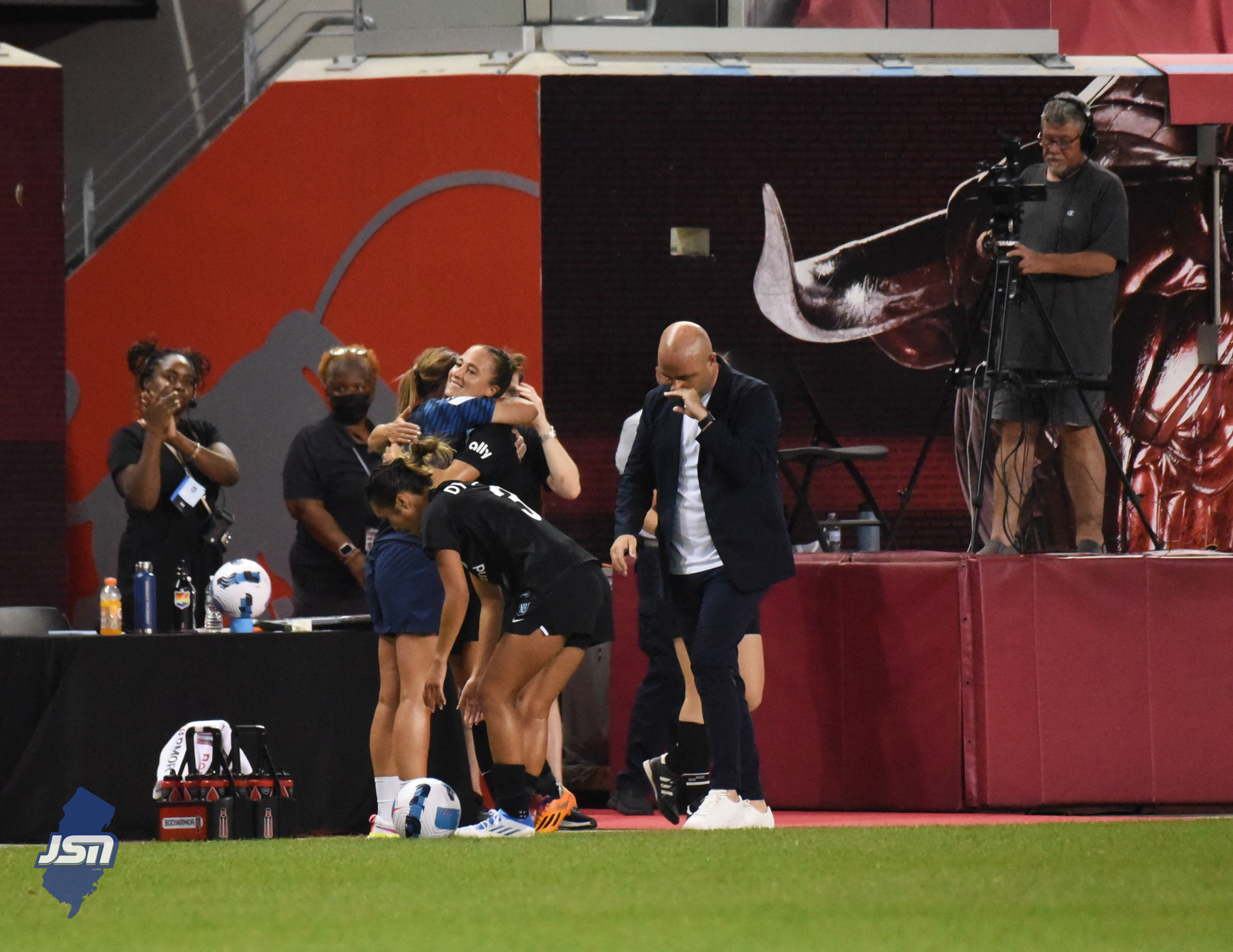