Two years ago, as a staff writer for In The Zone, I had the opportunity to interview Tom Kaechele on the phone. Mr. Kaechele was so gracious in answering the questions I asked him as he described his incredible journey in coaching athletics and eventually becoming the athletic director of Northern Valley Old Tappan High School.

Throughout the interview, we discussed everything from his first job coaching the Belgium National and Junior Olympic Team to training U.S.A. Baseball athletes at the training headquarters in Millington, Tennessee. Kaechele went on to become a liaison for Japan.

After completing his work with U.S.A, Baseball, Kaechele became the assistant coach for Rutgers-Newark baseball. After four years of working under Ron Van Saders, Kaechele took over the reins as head coach of the Scarlet Raiders.

Kaechele was named New Jersey College Coach of the Year during his impressive four-year tenure, and the Scarlet Raiders team reached the NCAA Regional Tournament three times. Kaechele was also the assistant athletic director, where he had to juggle numerous tasks. 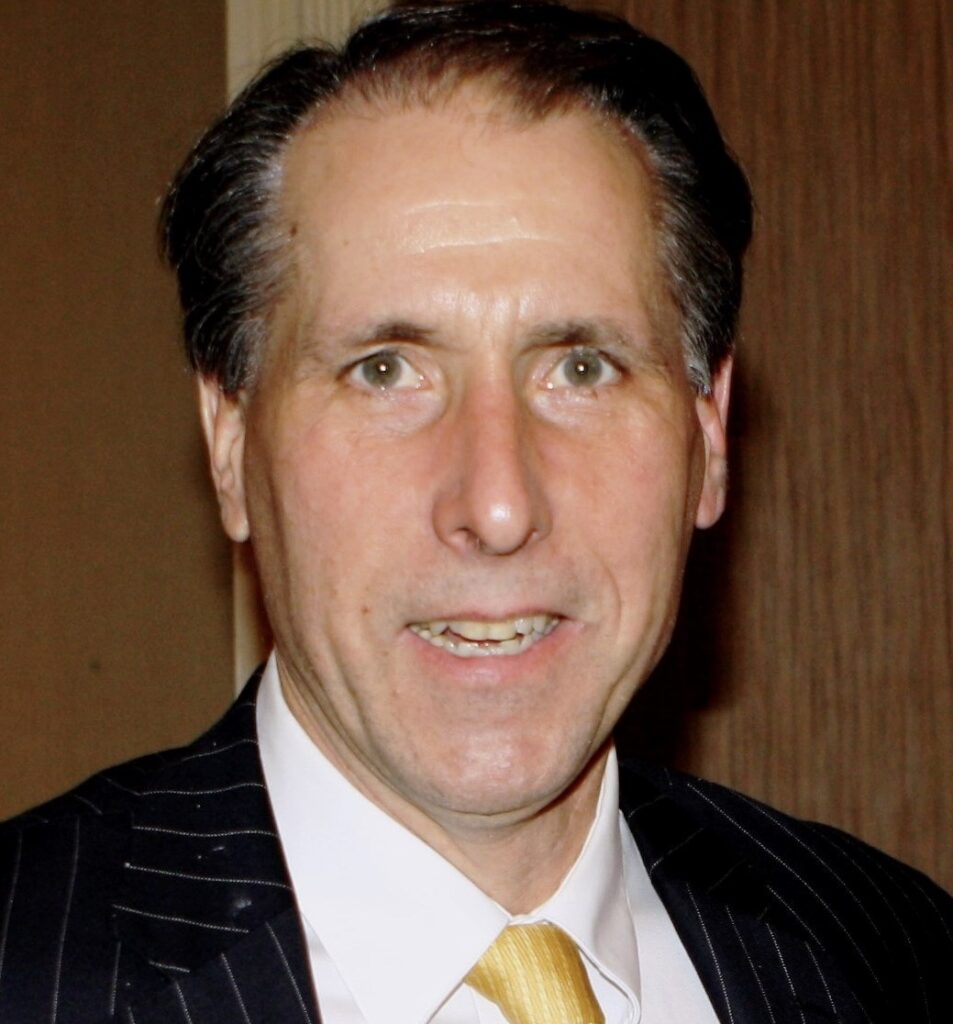 Kaechele moved on to become the athletic director of Northern Valley Old Tappan, where he enjoyed an impressive run for 24 years. One of Kaechele's first hires was athletics secretary Carolyn Petillo who worked alongside him for the same duration. During his time at Northern Valley - Old Tappan, Kaechele was instrumental in constructing new state-of-the-art athletics facilities. There are three turf projects, two discus rings, two-shot puts, a long jump, a pole vault, and parking.

Most important to Kaechele was how the student-athletes represented the school, which led to winning the NJSIAA Sportsmanship Banner 12 times. Furthermore, student-athletes excelled in the classroom averaging a 3.8 G.P.A. That led to 35 student-athletes playing in either Division I, II, or III schools.

Kaechele was a pivotal figure in community service, serving as Chairperson of the YMCA Greater Bergen County since 2006, on the Sports Award Banquet Committee since 2005, the two-time president and vice-president of the Bergen County Coaches Association. Kaechele also served on the Big North Executive Committee, the original NJSAIAA Committee for state re-alignment, and the NJSIAA Advisory Committee for Leagues and Conferences.

Family Life Was So Important to Tom Kaechele

However, the pride and joy for Tom Kaechele was his family, his wife Susanne, and his son and daughter. Susanne works in special education for the Northern Valley Special Education Department.

Over the past week, I have been gathering tribute comments from people who not only worked with Mr. Kaechele at Northern Valley Regional at Old Tappan High School, but were long-time friends and colleagues. Mainly, I want to thank Brian Carr and Julie Morrow for their assistance with reaching out to people for comments on Tom Kaechele.

My deepest sympathies go out to Mr. Kaechele's wife, Susanne, his son, and his daughter. In addition, friends, students, student-athletes, administration, and athletic departments at Northern Valley Old Tappan High School. My prayers are with everyone at this difficult time. It was a true honor and privilege interviewing Mr. Kaechele and typing up the feature article on him.

Tom Kaechele was exceptionally kind and always had the best interests of students, coaches, faculty, and staff at heart. He has served admirably as Northern Valley Regional High School at Old Tappan Athletic Director since 1998, and he has also served as NVOT Supervisor of the Physical Education Department during a segment of this time frame.

Before working at NVOT, Mr. Kaechele was also a physical education teacher in the Demarest Public Schools and the varsity baseball coach at Northern Valley Regional High School at Demarest. He also became assistant athletic director and head baseball coach at Rutgers University-Newark. Mr. Kaechele also proudly represented NVOT in a leadership capacity with the NJSIAA and the Bergen County YMCA.

As you know, Tom came to NVOT in the late 90s after coaching baseball at Rutgers Newark and working in the Rutgers Athletic Department. He was also a baseball coach at Northern Valley Demarest, where he coached Scott Wilkins, who went on to become a successful southpaw at Miami and Rutgers. Scott says, "He was the best coach I ever had and really cared and was also helping me handle the recruiting process. "

Tom's ability to network with parents, coaches, officials, players, and administrators was his calling card. His Rolodex of contacts must have been in the thousands, and if you see the tributes pouring in on Twitter, you can see how many lives he touched.

His family and faith were always his guiding compass. Below the surface of a sports aficionado was a family man at the core. His wife and two kids were his biggest pride. Anytime you asked how they were doing; his face would light up. The NVOT community mourns him and sends his deepest condolences to them.

What made Tom great was his sense of humor. I still can hear him laugh whenever I would deliver a zinger or one-liner. He had a great, laid-back approach to directing athletics. He wanted students to come first in student-athlete. Tom always preached sportsmanship and led by example, as seen by respect from A.D.'s and coaches just not in the county but the state.

If you look at Tom's time here, he allowed coaches to coach and look at the success of the sports programs at NVOT during his tenure. Our facilities are some of the best in Bergen County, and he was proud to host many county tournaments.

Tom's famous quote whenever you needed something was, "I got you, bro." We will miss that more than anything, and it was such a TK-ism.

A true sportsman and gentleman always, Tom Kaechele, NVOT Athletic Director and Supervisor of Health/Physical Education, has been a pillar and friend of the Northern Valley Regional High School District and community for over 24 years.

With love for all sports, especially baseball, Tom's legacy will be his impact on countless students, staff, athletes, and their families. Tom was the epitome of the Northern Valley spirit. We will hold the numerous memories of his leadership, inspiration, professionalism, and love of competition.

The news of his passing has saddened us all with a loss throughout the community. Our thoughts and prayers are with Tom's wife Susanne, their children, and the entire Kaechele family.

The YNCA lost a family member today. Tom has been an integral part of our Y serving as the Chairperson for the Sports Sward Banquet committee for over 15 years. He was a dedicated volunteer helping raise around $35,000 yearly to help children and families of our YMCA community.

In February, the committee nominated and voted unanimously to select Tom as our YMCA Person of the Year for his career accomplishments. He said, "I could not be prouder! Thank you so much! We were looking forward to celebrating with him and are at a loss for words. Our hearts are with his family and many friends.

Tom was a true gentleman, always generous with his time and support to his students, faculty, and staff. Tom was one of the best people you could ever meet; I considered Tom, a true friend. His spirit will remain with us always. I'm thinking of his wife Susanne and his two children.

Tom loved NVOT athletics and took pride in its athletic programs and achievements. He always had a positive words to say to the kids and coaches in the hallway. The NVOT community will miss him.

Tom was an amazing colleague and friend; our prayers are with him and the entire NVOT community. The Big North lost a true professional whose number one goal was to improve high school athletics. Rest in Peace, Tom.

I am sad to hear about Tom Kaechele's passing. He was a true leader who stepped up and got involved as an A.D. and with helping kids. I was fortunate to work with Tom as a fellow A.D. and on the YMCA Sports Award Committee for many years. He will be truly missed and always in my thoughts.

Patti Gorsuch, Director of Athletics at The Academy of Holy Angels:

Tom was my friend and a colleague. As a new Athletic Director 15 years ago, I was thrown into a male-dominated group. With no experience in high school administration, I struggled to find answers to many questions; Tom came to my rescue and was always there for me. He answered my calls and emails and never let me down.

He always ended his emails with a 'thank you', and I automatically responded with a 'you're welcome'. Now it's my turn to say thank you, and I'm sure he is saying you're welcome and smiling. I will miss him tremendously.

I have known Tom for twenty years. I have played golf with Tom and talked baseball for hours. I had been going to the YMCA sports award dinner for years. Tom was the chairman, and we often chatted after dinner.

When he asked me to be on the committee six years ago, I jumped at the chance to work with all the other A.D.'s and especially Tom. The entire YMCA sports dinner committee, Old Tappan High School, and his family will miss him dearly. His friend.

Tom loved Old Tappan Athletics; we worked closely over the years in the district and as executive committee members on the Big North Conference and BCCA. He always understood the big picture to do what was best and fair for student-athletes. All will miss his sense of humor and experience. 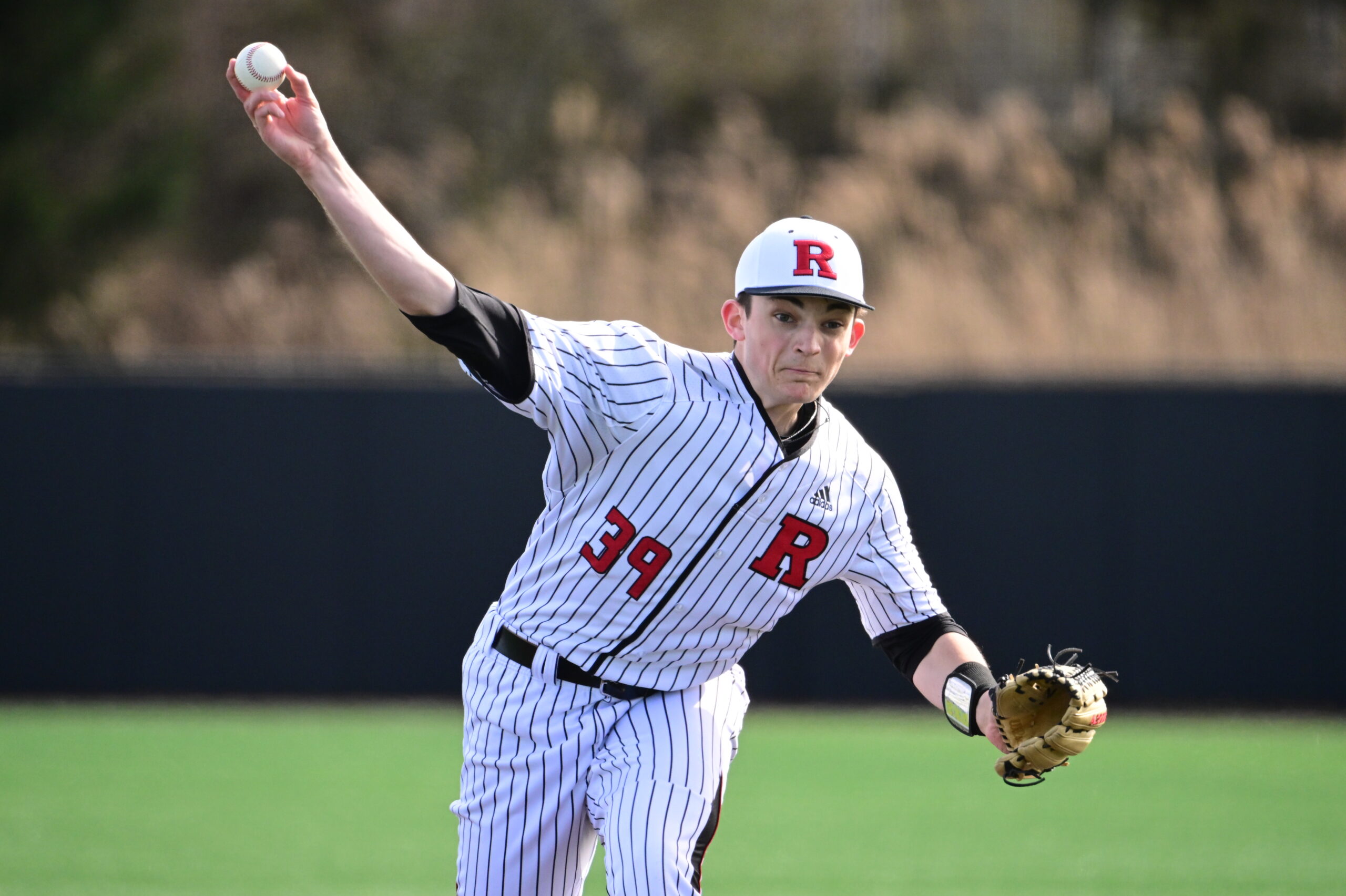