Tied 14-14 at halftime, River Dell (5-4)  received the second-half kickoff after deferring to open the game. The Golden Hawks started with the ball at their 28-yard line.

River Dell's offense primarily kept the ball on the ground as quarterback Jake Sconza and running back Andrew Spano handled the bulk of carries and pushed the ball into Vernon territory. On second down at the Vikings' 37-yard line, Jake Sconza dropped back in the pocket and launched a strike in stride to wide receiver Max Froonjian for the touchdown.

The Vikings returned the ensuing kickoff to their 24-yard line. For inexplicable reasons, Vernon attempted to catch the Golden Hawks off guard with a fake punt run on fourth down and four at the 25-yard line. River Dell was not caught off guard by the trick play as it went sideways with a subsequent fumble and Golden Hawks defensive back RJ Weiss recovering the ball at the Vernon 16-yard line.

The Golden Hawks offense hummed on all cylinders as  Jake Sconza completed a superb 15-yard pass to Max Froonjian to set up first and goal at the one-yard line.

On second and goal, Sconza took the direct snap and plowed through a sea of players into the end zone for the score to widen the advantage to 28-14.

Late in the fourth quarter, Vernon was forced to go for it on fourth and ten at their 12-yard line. Derke Lazier, under heavy duress, attempted a pass over the middle of the field, but Max Froonjian was in a perfect spot to deflect the pass and tip the ball to himself. Froonjian sprinted to the left side of the field and evaded several Vikings players into the end zone for the 24-yard score to cement the Golden Hawk's 35-14 victory.

The Golden Hawks' defense quickly forced Vernon into a quick three and out on their first offensive possession of the game. River Dell started at their own 34 after the Vikings punted the ball away.

With less than ten minutes remaining, the Golden Hawks' offense chewed up nearly six minutes of the clock. The first three plays were on the ground, that advanced the ball into Vernon's territory.

River Dell did not hesitate to go for it on fourth and two at the Vikings' 31-yard line. Quarterback Jake Sconza handed the ball to running back Andrew Spano, who barreled ahead for a four-yard gain. Once inside the red zone, the Golden Hawks capitalized as Sconza took the direct snap and ran straight ahead before absorbing a double whammy hit from Vernon's defensive lineman but still ending up in the end zone for the three-yard score. However, the extra point attempt kick was no good, leaving the score at 6-0.

In the second quarter, the Vikings answered back with running back Gage Moskovitz, taking quarterback Derek Lazier's handoff and rumbling 35 yards to the end zone as Vernon went up 7-6.

The back-and-forth action continued with River Dell starting the next drive at their 21-yard line with less than ten minutes left. Jake Sconza engineered another impressive drive, a ten-play 79-yard drive that ate up over four minutes of the clock. The Golden Hawks benefitted from a pass interference penalty against Vernon (6-3) that moved the ball to the 20-yard line. River Dell concluded the drive with running back Andrew Spano taking the handoff from Jake Sconza and crashing through a line of players into the end zone for the four-yard score.

Deciding to go for the two-point conversion, Jake Sconza dropped back in the pocket, then rolled to his left and lofted a pass to Andrew Spano in the back of the end zone, making it 14-7 Golden Hawks.

The Vikings ignited rebuttal as they had outstanding field position at their 39-yard line and marched on a nine-play drive that lasted over four minutes.

Running back Gage Moskovitz pounded the rock on the ground as he carried the ball five out of the six plays to begin the drive. Moskovitz gained 11 yards on a critical fourth down inside River Dell territory. On third down at the Golden Hawk's 33-yard line, Moskovitz took the handoff from quarterback Derek Lazier, smashed through in lightning speed, and bolted to the end zone for his second touchdown. 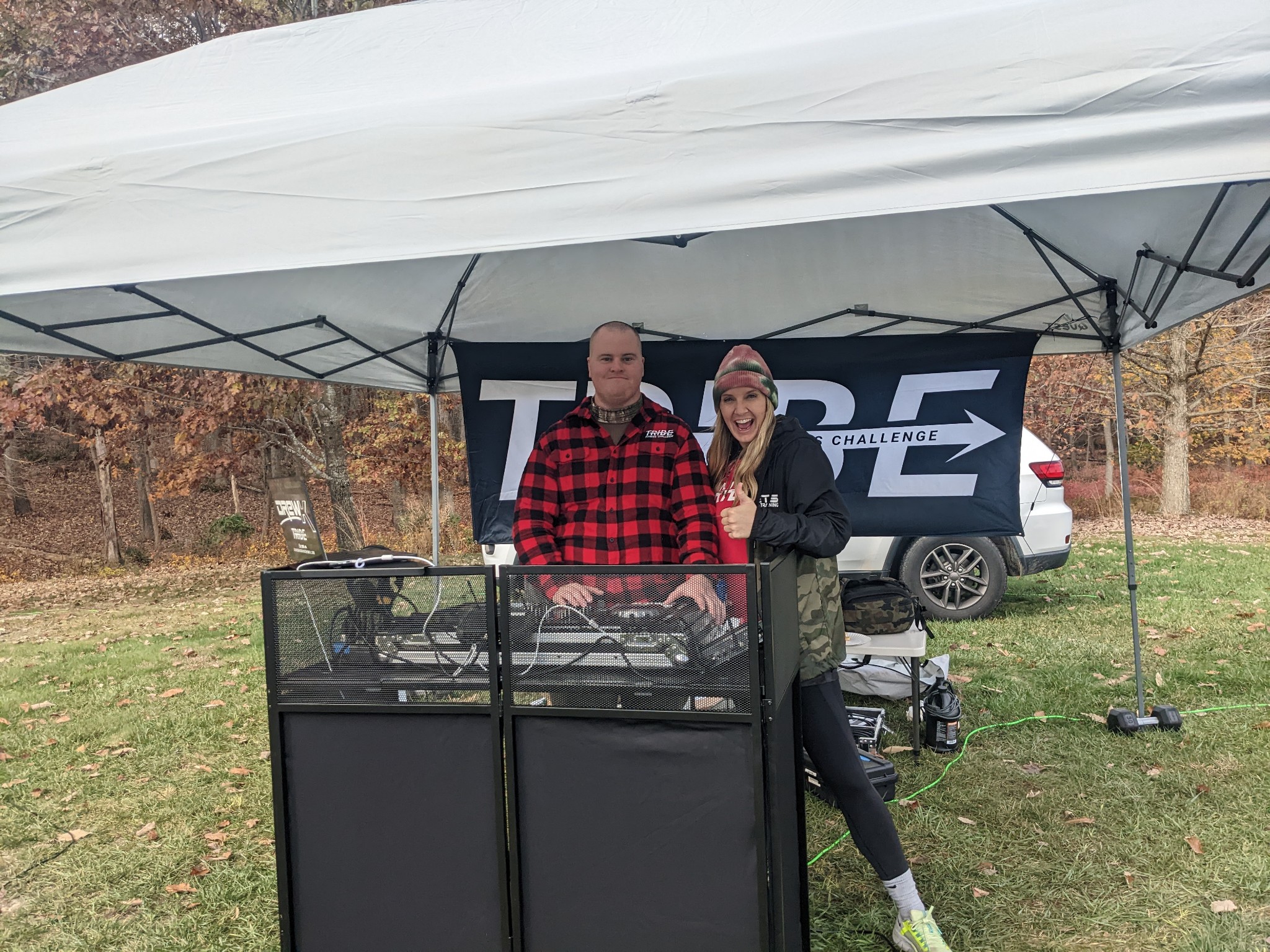 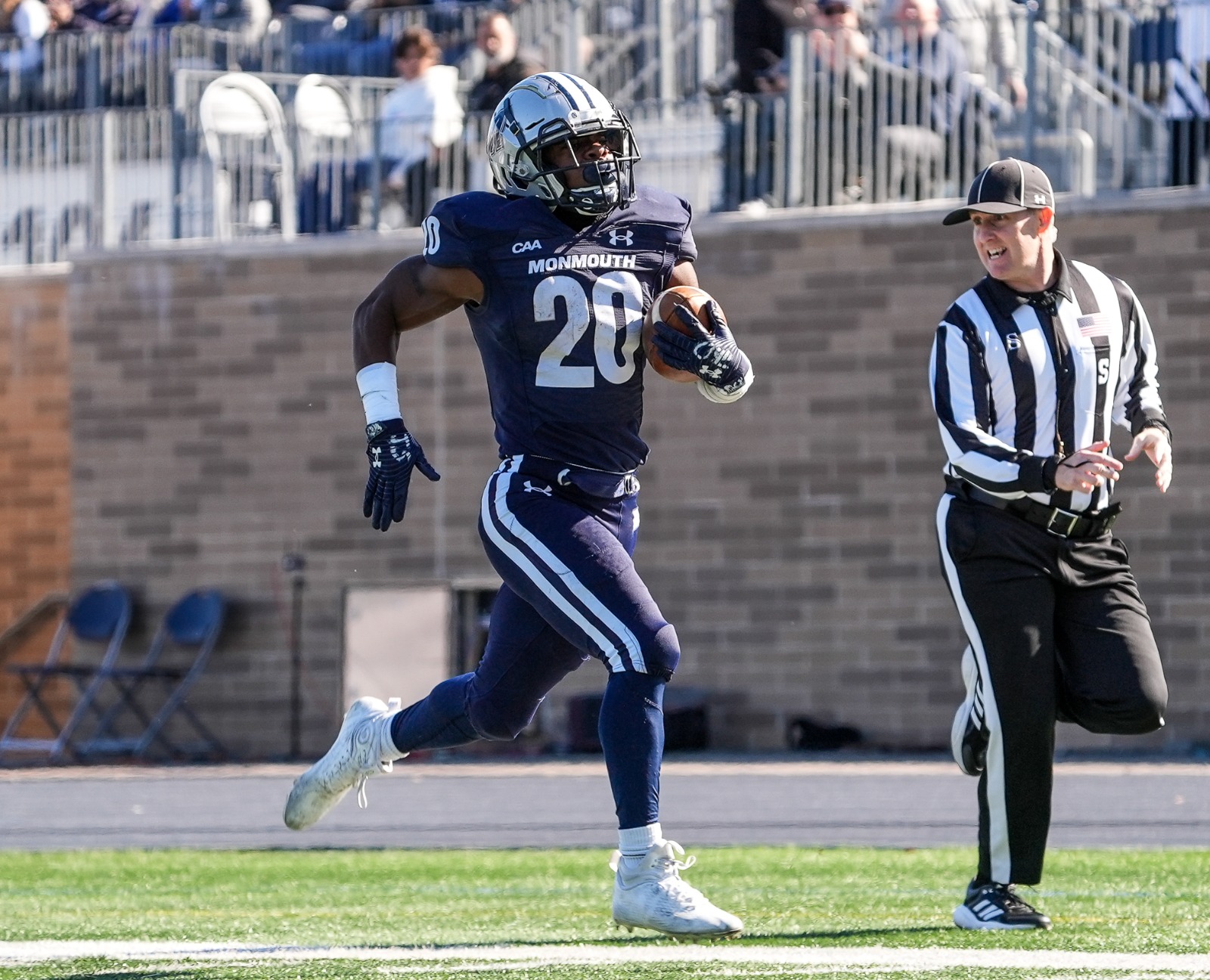