PISCATAWAY, NJ- After arguably their easiest win of the season on Tuesday, the Rutgers Scarlet Knights baseball team had a real test the next day.

The Pennslyvania (Penn) Quakers of the Ivy League were coming to Piscataway, and this was no team to take lightly.

"They're a really good hitting team, maybe the best hitting team we've faced so far this year," manager Steve Owens said on Penn's hitting prowess. "Through the lineup, they're physical, they have a lot of left-handed hitters, and they swing it good and have a good approach."

Indeed, Penn's lineup was talented from top to bottom, with a team batting average of .305 and 206 runs scored on the season entering Wednesday. Jackson Appel and Wyatt Henseler were both batting over .400 with an OPS over 1.000. Coupled with other skilled hitters in their lineup, and the Quakers had a 19-8 total record, which was the best in the Ivy League.

With both teams having a similar RPI, this game would be a good challenge for the Scarlet Knights. But like most of the other challenges that came their way this season, Rutgers would overcome them. The team raced out to a 6-0 lead and held off a valiant comeback attempt from the Quakers in a 8-4 victory.

In the bottom of the second inning, the Scarlet Knights went to work against Quaker starter Bryce Mangene. Shortstop Danny DiGeorgio led off with a single, stole second, and scored on Brito's RBI single to open the scoring. After a force out, second baseman Josh Kuroda-Grauer and Sweeney hit back-to-back singles, with the latter driving in Schiekofer from third.

Mangene was replaced by Eli Trop in the third inning. Catcher Nick Cimillo and third baseman Tony Santa Maria both greeted him with singles, putting runners on the corners. After the first out, a passed ball allowed Santa Maria to advance to second. Trop then balked to force in Cimillo and move Santa Maria to third, the latter of which scored on another RBI single by Brito. Schiekofer followed with a triple down the right-field line to score Brito all the way from first, and would score himself on Kuroda-Grauer's RBI single.

Relief pitcher Kyle Muller started the game for Rutgers and pitched three scoreless innings to start the game. In the first four innings, he allowed only two hits, although one of them was a solo home run to Henseler.

It wasn't until the fifth inning where Muller ran into trouble. Second baseman Cole Palis laid down a leadoff bunt single to spark a rally. After a strikeout, a passed ball allowed Palis to advance to second before catcher Asa Wilson was hit by a pitch, which ended Muller's day. He exited after 4 1/3 innings of work having only allowed one run on three hits, while striking out two. Unfortunately, he would be charged with three runs allowed as both of the runners on base that he was responsible for came around to score.

New pitcher Joe Mazza struck out the first batter he faced for the second out, but then allowed an RBI single to center fielder Tommy Courtney, allowing Palis to score. Wilson and Courtney would both advance into scoring position on a passed ball before Appel drove them both in with a double off the left-center field wall. Suddenly, Rutgers' six-run lead was down to just two, and Quakers shortstop Craig Larsen now represented the tying run.

However, Nate McLain replaced Mazza and got Larsen to popout behind the plate to end the rally. McLain would then pitch a scoreless sixth inning, while getting help from his defense. After the first out, first baseman Ben Miller singled to bring the tying run up again. But Palis then hit a blistering line drive right at Brito; the Rutgers first baseman snared the liner and slapped his glove on the first base bag, doubling off Miller and ending the inning.

Garrett French took the hill in the seventh inning and struck out the first batter he faced. But after walking Wilson to bring up the tying run yet again, the defense picked up French with another double play. This one was more traditional, as right fielder Cole McGonigal grounded into a 4-6-3 double play.

In the bottom of the inning, the Scarlet Knights finally added some breathing room for their pitchers. Sam Bennett, who pitched a scoreless sixth, returned to pitch the seventh and got the first out. However, he uncorked a wild pitch that would have struck out Brito, and Rutgers quickly made him pay for the extra out. Schiekofer followed with a single that moved Brito to third, and stole second to move into scoring position. Bennett struck out Kuroda-Grauer for the second out, but Sweeney then delivered a back-breaking, two-run single to right center field that scored both runners, extending Rutgers' lead to 8-4.

But if Sweeney's single wasn't the dagger to the heart, then it was the first play of the eighth inning. With Sam Bello pitching, Owens replaced Evan Sleight in left field with Mike Nyisztor. This decision proved wise, as Nyisztor took a base hit away from Courtney with a sensational diving catch. From there, Bello retired the side in order, and the Quakers went down quietly in the ninth against Ben Gorski. When left fielder Seth Werchan grounded out to end the game, the Scarlet Knights had won their 12th straight contest.

"We put Mike Nyisztor into the game for two reasons," Owens said. "The first was that a left-handed pitcher was in the game for Penn and we had (Nyisztor) on the bench, and the second is that he was two or three steps faster than Evan (Sleight) in left field. We've been doing that type of stuff all year, and it was a great play. You don't know what happens if that ball falls in."

Considering the quality of Penn's lineup, this was a very impressive victory for the Scarlet Knights, as it fully demonstrated their ability to play well against high-tier teams. Even with the Quakers' serious attempt at a six-run comeback, Rutgers was able to make timely plays on the mound and in the field, and added some insurance runs for good measure. With Penn having a top-40 RPI that was similar to Rutgers' own RPI, this victory is sure to improve that number even further.

As of now, the Scarlet Knights have a total record of 27-6, which is one game ahead of Maryland (26-7) for the best total record in the Big Ten.

Speaking of the Big Ten, the Scarlet Knights resume conference play with a three-game series in Piscataway against the Indiana Hoosiers, who are below .500 but have a potent offense. They rank third in the conference in runs scored (behind Rutgers and Maryland, respectively) and second in home runs (behind Maryland).

First pitch is on Friday at 2:00 PM at Bainton Field. 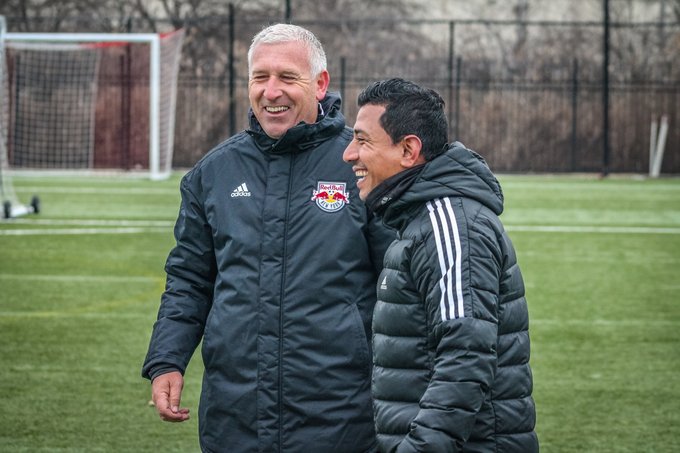 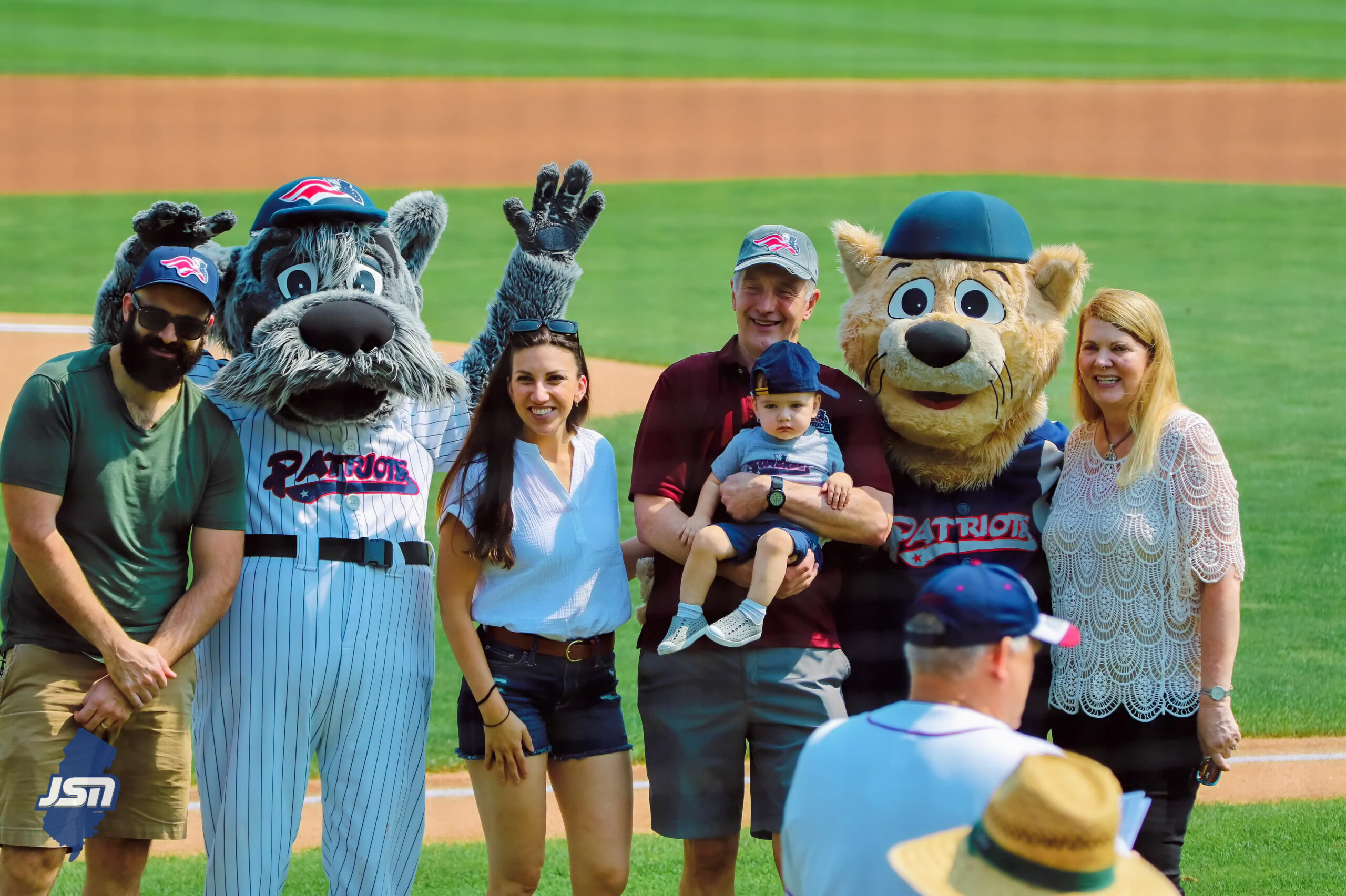