On the same day that the Rutgers Field Hockey team won its first Big Ten title, the top-seeded Rutgers Scarlet Knights women's soccer team had their record 13-game winning streak broken by the third-seeded, Michigan Wolverines in front of a record 5,103 fans at Yurcak Field on the Rutgers New Brunswick Campus.

While Rutgers was the toast of the town before Sunday's title match, as many anticipated the Scarlet Knights making history for the women's soccer program, their opponent Michigan came in hot as well, on a four-game winning streak.

The Scarlet Knights had everything going for them coming into this match, including four ALL Big Ten First Team players to Michigan's two, an historic winning streak and home field advantage to boot. However, Michigan looked more ready to play from the get-go and the Wolverines came with all they had on a mild early Autumn Sunday in Piscataway, New Jersey.

It was clear as soon as the opening whistle was blown that Michigan had come to play. The Wolverines who wore yellow and white uniforms, took three shots in the first three minutes of the game. including a strike from midfielder, Sarah Stratigakis that was saved by Rutgers' senior goalkeeper Meagan McClelland.

Michigan's early blitz did not faze Big Ten Coach of the Year, Mike O'Neill's team and Rutgers responded with two corner kicks in the ninth and eleventh minutes, but neither resulted in a shot on Michigan's goal.

Then, after McClelland made another save on the All Big Ten First Team midfielder Raleigh Loughman gave Michigan that crucial first goal of the match in the 27th minute. Sammi Woods found Loughman with a deft pass that played the senior first teamer into the 18-yard-box where she finished with her right foot past McClelland.

By the end of the first half , Michigan had outshot Rutgers 6-1 including three shots on goal and earned four corners to Rutgers one. No one had been better than the Scarlet Knights during the regular season but now all that smooth sledding led to a tough battle in the Big Ten title game. Rutgers would need their four first team selections to step up; defensive rock, Gabby Provenzano, the team leader in points, midfielder Frankie Tagliaferri and forward, Amirah Ali who was tied for third with Michigan's Loughman in the Big Ten goal-scoring race this season.

After the two teams returned to the field after halftime, Rutgers goal was to use that offense that scored nearly three goals-per-game this season to break down Michigan. The Rutgers players who were going to have to lead the team to victory were senior forward Amirah Ali who was a first team selection for the second year in a row and senior midfielder Frankie Tagliaferri, who came into the game leading the team in total points (19), was playing in her 110th, which broke a NCAA record.

In the 63rd minute, Rutgers was given a free kick deep down the left side of the field and Tagliaferri stepped up to take it. Tagliaferri crossed in a ball to the near-post looking for Amirah Ali, who just missed it and it was held by the Michigan goalkeeper.

Three minutes later, Rutgers would have another chance that was closer to goal. Amirah Ali received a pass with her back to goal and turned and shot quickly, but her effort went wide of the right post. Some trouble came McClelland's way in the 74th minute, when a Michigan corner caused some problems for the Scarlet Knights defense but that fire was put out.

During the final ten minutes of the game, momentum was clearly on Rutgers side. The home team's best chance to equalize may have been senior midfield maestro standing over a 30-yard free kick in the center of the field, with time winding down.

Who else would the 'RU' fans want to take a free kick deep in their opponent's territory with the game on the line other than midfield maestro, Tagliaferri. The senior from Colt's Neck in Monmouth County, took a hard free kick that dipped over Michigan's wall before a Michigan player intercepted it with her head and sent it flying out of bounds for a corner kick. The ensuing corner kick was headed by Amirah Ali at the near-post and saved by goalkeeper Hillary Beall. The rebound came out to the center of the box and was cleared by one of Michigan's defenders.

With under two minutes remaining, Michigan had the one-goal-lead and were content to give Rutgers more space in midfield, so they had less in their penalty-area. This allowed freshman Scarlet Knight, Emily Mason to take a shot from 30 yards out in the center of the field. As Mason's shot flew through the air, the crowd leaned forward on the edge of their seats. However, it was all for naught as the shot was too close to Beall and the experienced goalie was able to clasp it with both hands.

When the dust settled in Piscataway, Rutgers dreams of winning their first Big Ten Title ended with a one goal defeat to the third-seed, Michigan. This was very unfortunate, as Rutgers came into this game looking confident after defeating a solid Iowa side 2-0 and on a 13-game winning streak.

Michigan outplayed Rutgers in the first half and scored the game's first goal, which clearly was important for them because they were on the road, in front of a strong Rutgers crowd. Meanwhile, it is possible that while Big Ten first team selections, Ali, Tagliaferri, and Tiernan were shut down by Michigan's strong defense, which included center back Alia Martin, who was an All Big Ten first team selection, herself.

These were senior leader, Tagliaferri's comments courtesy of the scarletknights.com.

"We have to just keep our heads up. And if you look at us that is exactly what we did. We got into a huddle really quickly and we said ' hey we gave everything and we did it together'. It's not the result we wanted, but we have another goal to go after. Our season is not over so we just have to move on. Going after a National championship, we have to just keep [at it]. I haven't heard of a team going 10-0 in the Big Ten conference and then winning the tournament championship. It's a hard thing to do."

All in all, for the Ladies on the Raritan river, they brought the program to it's third Big Ten title and were unable to get it done. Their historic winning streak is over and now their focus shifts to the NCAA Playoffs.

According to Scarletknights.com, the team will await seeding announcements for the NCAA Tournament that will be streamed live on Monday at 4:30 on NCAA.com 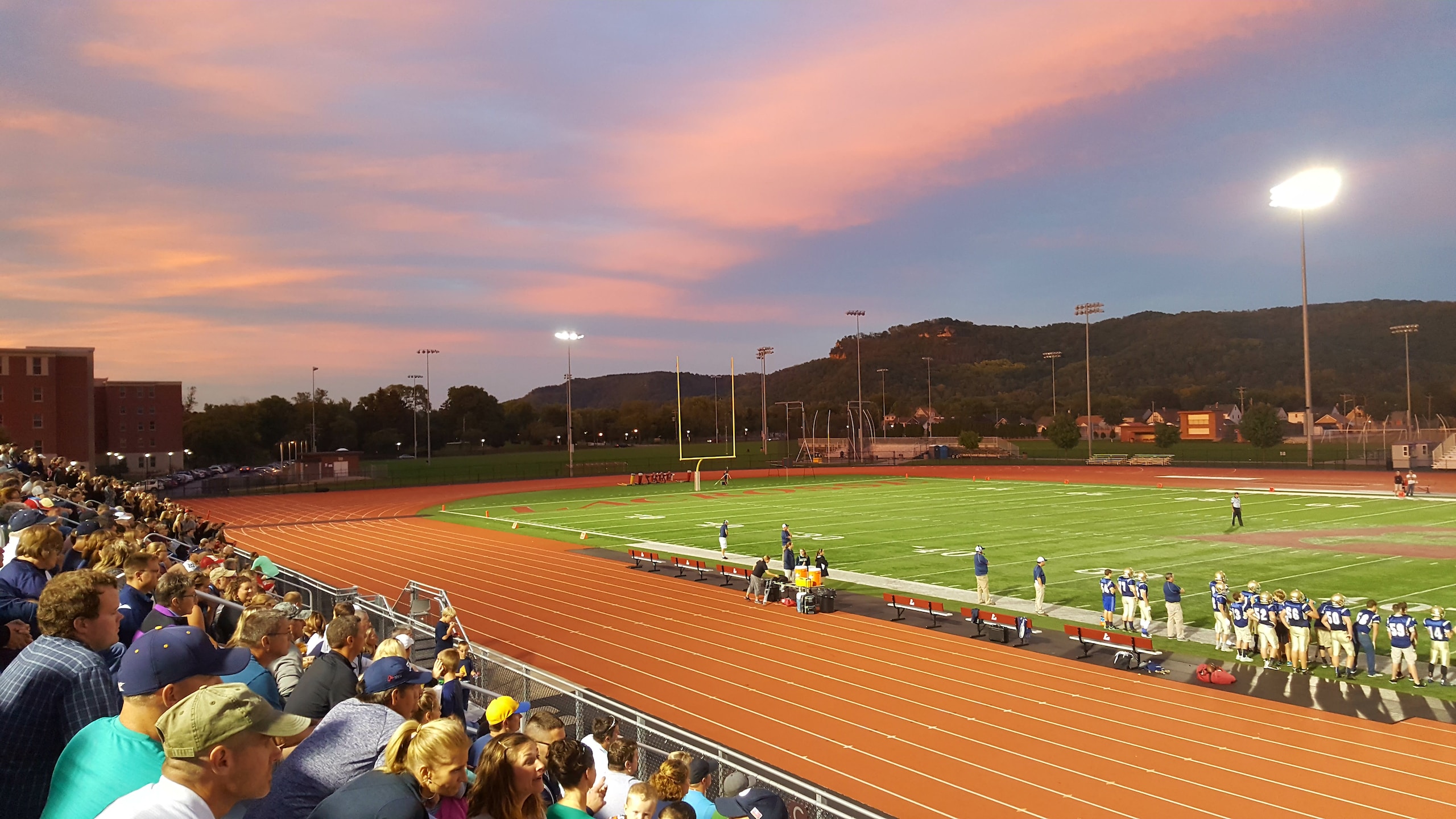 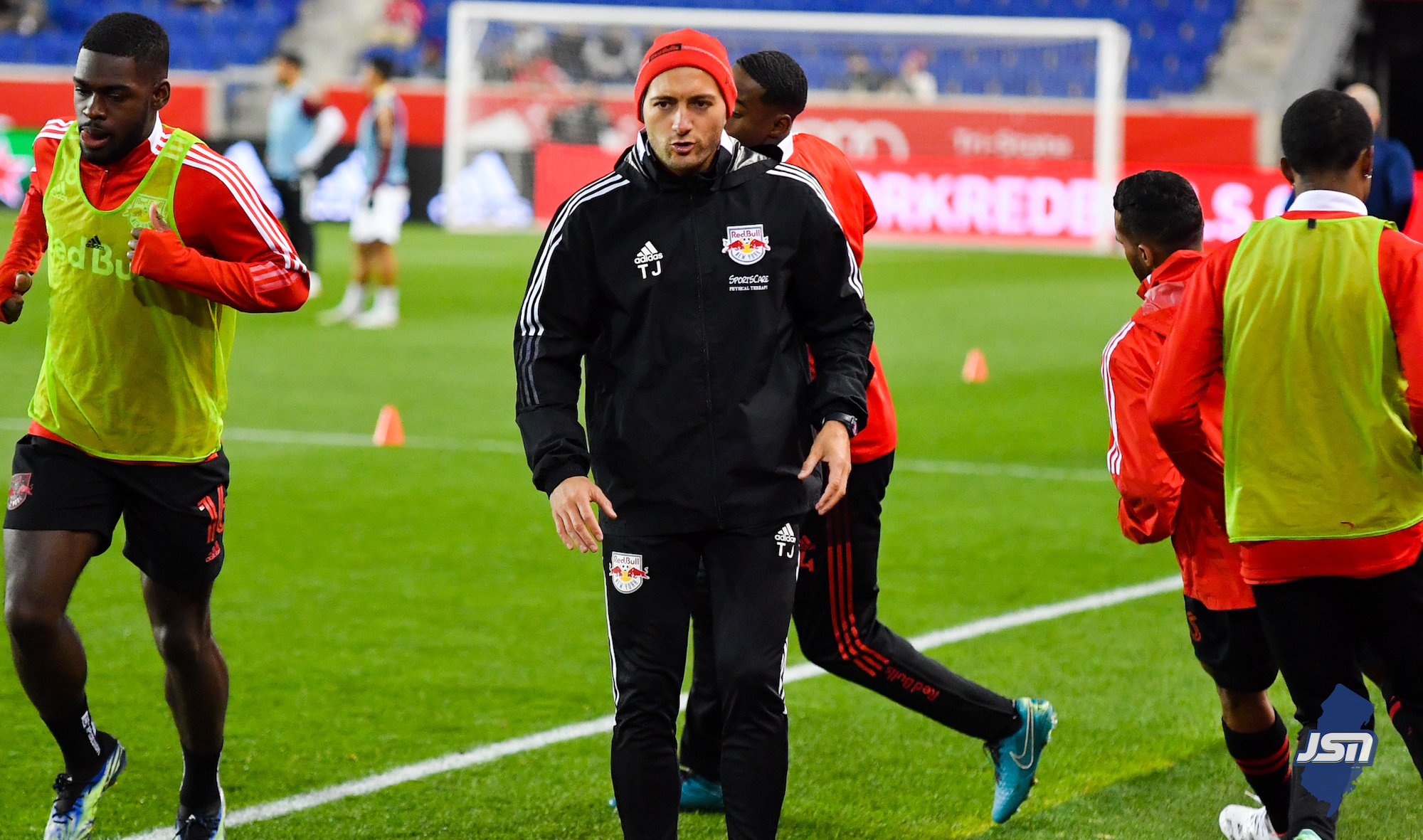