BLOOMINGTON, IN - Although they were facing the lowly Indiana Hoosiers, the Rutgers Scarlet Knights recognized Saturday's game as a must-win.

Despite a blowout loss to Wisconsin the previous weekend, Greg Schiano's troops still have the opportunity to earn a bowl berth, which would work wonders for a program in the middle of a rebuild. With four wins on the season entering Saturday's contest, the Scarlet Knights need to win two of their last three games to become bowl eligible.

The remaining opponents for the Scarlet Knights were the Indiana Hoosiers, the Penn State Nittany Lions, and the Maryland Terrapins. Given that Indiana has the worst record in the Big Ten Conference at 2-7 (and 0-6 against conference opponents), this was Rutgers' easiest opponent to beat.

It ultimately didn't matter how bad the Hoosiers were, as the Scarlet Knights played the entire game with a huge sense of urgency, and never let their foot off the gas. They took control of the game immediately and would not look back, culminating in a dominant 38-3 victory. With win number five on the year, Rutgers now needs to at least win one of their final two games to secure a bowl appearance.

Although the game was nothing short of a blowout, the stat sheet can be somewhat deceiving. Rutgers only outgained Indiana in total yards 320 to 262 and had a slight advantage in time of possession, 32 minutes to 28.

But what made the game so lopsided was the turnover margin. Rutgers' defense forced a whopping six turnovers by forcing five fumbles (recovering four of them) and intercepting two passes. Meanwhile, the offense did not turn the ball over at all and benefitted from short fields for most of their drives by turning the Hoosier's miscues into 17 points.

Noah Vedral didn't need to do much. The senior quarterback threw only 17 passes all day, and completed nine of them for 97 yards. He would also run the ball six times, putting up 28 yards and a touchdown on the ground. When the game was well in hand in the fourth quarter, Vedral got the rest of the afternoon off as the highly touted Gavin Wimsatt entered the game. The freshman wouldn't need to throw a single pass, as Rutgers merely looked to burn the clock; as such, he rushed three times for 20 yards.

The Scarlet Knights as a team went wild on the ground with 218 rushing yards, with Isaih Pacheco leading the way with 79 yards and two touchdowns.

Indiana used three quarterbacks in the game- Donaven McCulley, Grant Gremel, and Jack Tuttle- and all of them fared poorly against the Rutgers defense, going a combined 18-for-42 with 177 yards, no touchdowns, and two interceptions, both by Tuttle. The ground game fared even worse, with only 85 rushing yards.

On the very first play from scrimmage, Mohamed Toure recovered a fumble from McCulley to give the Scarlet Knights prime field position at the Indiana 21-yard line. Rutgers needed only four plays to find the end zone, as Pacheco's 8-yard touchdown run gave the Scarlet Knights a 7-0 lead just over a minute into the game and set the tone for the rest of the afternoon.

Indiana looked to respond on their next drive, as a good return on the kickoff gave them good field position at their own 42. They would move the ball inside the 20, but Rutgers turned the Hoosiers away with a nice red zone stand, and the drive ended in no points when Charles Campbell missed a 35-yard field goal attempt.

After an exchange of punts, Rutgers extended their lead with a 9-play, 70-yard touchdown drive. The key plays included a 21-yard completion from Vedral to Shameen Jones and an 18-yard run by Pacheco, who would finish the drive with a 3-yard touchdown run.

With 16 seconds left in the first quarter, Tyreem Powell intercepted a pass from Tuttle and returned it to the Indiana 24-yard line. Rutgers was able to tack on more points, as Valentino Ambrosio nailed a 38-yard field goal to widen the lead to 17-0.

A Controlled Second Half

The rest of the second quarter was controlled by the Scarlet Knights' defense. Indiana drove into Rutgers territory on their next drive, but a deep pass from Tuttle was intercepted by Max Melton at the Rutgers 2-yard line. The Hoosiers forced a punt and drove into Rutgers territory again, but McCulley lost his second fumble of the game, this one recovered by Ifeanyi Maijeh.

Rutgers punted the ball again, and a 46-yard pass from McCulley to Ty Fryfogle set up Indiana for another scoring chance, but the Scarlet Knights' defense held strong again and the Hoosiers settled for a 47-yard field goal from Campbell to make the score 17-3 at halftime.

Rutgers was forced to punt on their opening drive of the second half, but Fryfogle muffed the kick and Billy Taylor recovered at the Indiana 10. On the next play, Aaron Young padded the lead to 24-3 with a 10-yard touchdown run. After both teams punted on their next two drives, Indiana faced 4th-and-1 at their own 44.

The Hoosiers decided to go for it, but McCulley was tackled for a 5-yard loss by Max Melton and Christian Izien to turn the ball over on downs. With great field position again, Rutgers drove 39 yards in four plays, and created one of the season's best moments when offensive lineman Raiqwon O'Neal joined the fun by rumbling into the end zone from seven yards out.

After forcing a three-and-out, Rutgers again got the ball with great field position at their own 47. The Scarlet Knights then concluded the scoring with a 13-play, 53-yard touchdown drive that featured a fourth down conversion and two other third down conversions, the second of which was a 9-yard touchdown run by Vedral. Meanwhile, Rutgers continued to pin down the Hoosiers, as the final two drives for Indiana ended in a turnover on downs and a lost fumble.

This was a game that Rutgers needed to win, given Indiana's status as the worst team in the Big Ten and the Scarlet Knights' aspirations for a bowl game appearance. With win number five on the year and two games remaining, Rutgers needs to win just one of them.

It's certainly not going to be easy, however. The penultimate game of the year is against Penn State, a matchup that has been notoriously lopsided toward the Nittany Lions. Although Penn State have come nowhere close to the lofty standards they've set for themselves this year, they are already bowl eligible and are looking to return to the top 25. Rutgers, meanwhile, have only beaten Penn State twice in their history: the first ever meeting in 1918, and a famous upset in 1988. Since then, Penn State has won 14 straight.

Meanwhile, Maryland has not only been one of Rutgers' greatest rivals, but they are in a near-identical position; they are also one win away from being bowl eligible. If they do not beat Michigan next week, their season will be on the line against the Scarlet Knights. Even if the do pull off the upset, these two rivals have played each other tough in every meeting.

Because of how tough these next two games are, that makes Saturday's win against Indiana that much more important. If the Scarlet Knights somehow laid an egg and lost, winning against both the Nittany Lions and the Terrapins would have been a Herculean task. But for now, Rutgers is in a good position, regardless of opponent strength: win and they're in.

It's off to Happy Valley to take on Penn State next Saturday. If the Scarlet Knights can pull off an amazing upset, they will become bowl eligible.

If not, then Rutgers will play a season-defining game against rival Maryland on the Banks of the Old Raritan.

All that matters in one win. Win and they're in. 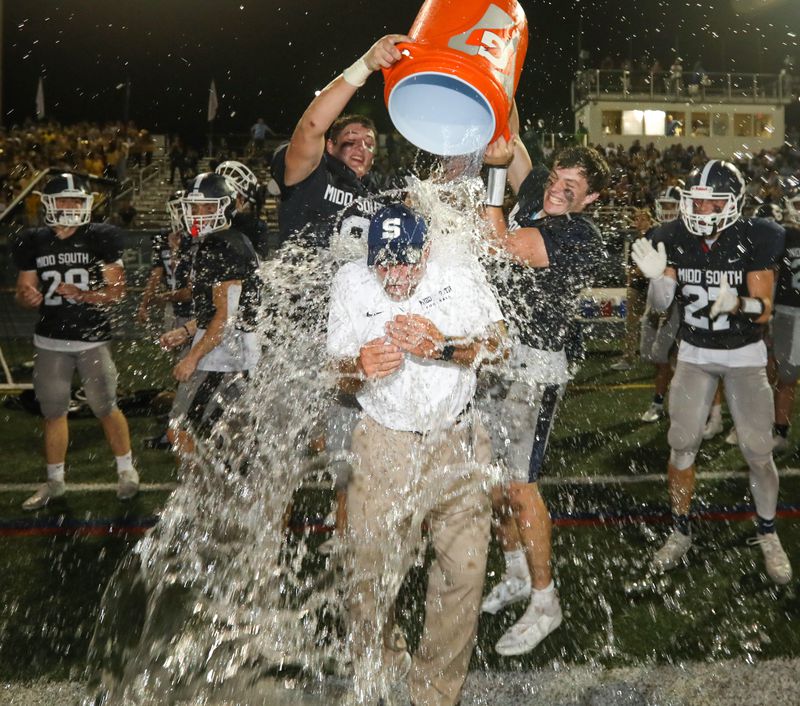 Playoff Football Is The Cornerstone Of Middletown ... 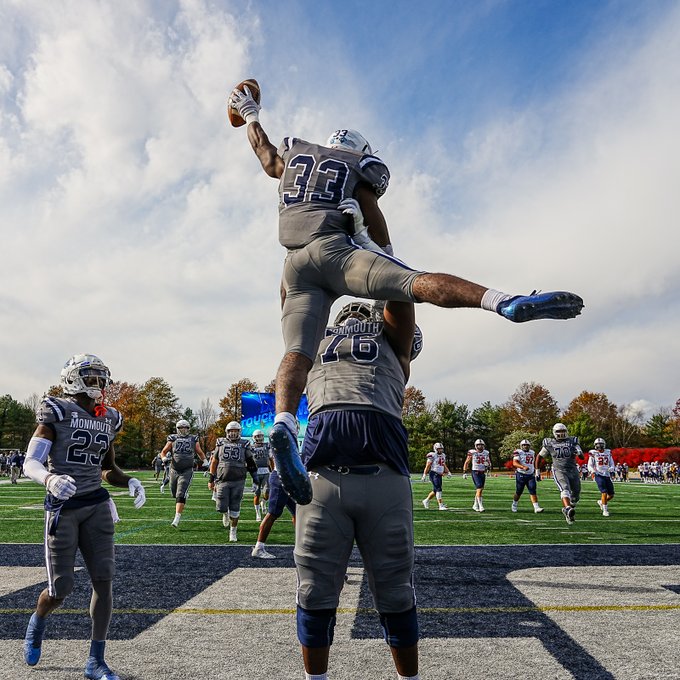