ANN ARBOR, MI - The Rutgers Scarlet Knights will not be going undefeated this season, although it certainly wasn't for a lack of effort.

Everything seemed to be going against Greg Schiano's troops entering Saturday's matchup against the Michigan Wolverines. Their first Big Ten matchup of the season was not only on the road against a ranked opponent, but it was in one of the loudest atmospheres in all of sports against one of the most decorated football programs in the nation. Michigan had additionally blown out all three of their previous opponents and boasted one of the best running games in the NCAA in this early season.

Naturally, Michigan entered as heavy favorites, being favored by 20 points. But by the end of the game, while the Wolverines emerged victorious, Jim Harbaugh had to breathe a sigh of relief.

Despite a sloppy first half that saw Michigan take a 20-3 lead into halftime, Rutgers showed no quit and turned an expected blowout into a one-score game. The Scarlet Knights even had some chances to tie the game, but Michigan finally asserted themselves and handed Rutgers their first loss of the season. It was a 20-13 final, but the Scarlet Knights left with some well-earned respect, even in defeat.

Noah Vedral had a solid game. The senior quarterback went 18-for-31 with 156 passing yards and a touchdown pass. Although he didn't throw any interceptions, he unfortunately was responsible for the Scarlet Knights' first turnover of the season, a fumble on the final drive that sealed the game for Michigan.

Isaih Pacheco was the biggest offensive spark, with 107 rushing yards on 20 carries.

The first half was a rough one for Rutgers. Michigan started the game with a 17-play, 74-yard touchdown drive that consumed 7:44 off the clock right off the bat. Cade McNamara needed to only throw two passes on the entire drive, as the Wolverines' fearsome running game looked as scary as advertised. Hassan Haskins finished the drive with a 1-yard touchdown run.

Rutgers was able to respond quickly. A 24-yard completion from Vedral to Aron Cruickshank highlighted a 13-play, 53-yard drive that was finished by a 40-yard field goal by Valentino Ambrosio.

The second quarter was all Wolverines, as they took advantage of nearly every mistake from the Scarlet Knights. Just two plays into the quarter, Haskins struck again with a 3-yard run to finish a 71-yard drive in just four plays. This drive would prove costly for Rutgers, as Julius Turner was disqualified from the game after being called on a controversial targeting call.

After a turnover on downs by Rutgers and an exchange of punts, Michigan took advantage of great field position after a surprisingly poor punt from Adam Korsak. A 23-yard pass from McNamara to Cornelius Johnson set up a 32-yard field goal by Jake Moody to make it 17-3.

Rutgers drove to the Michigan 44-yard line near the end of the half, but turned the ball over on downs after a series of sloppy plays. Michigan capitalized immediately, as a 51-yard pass to Mike Sainristil set up another Moody field goal, this one from 20 yards to make it 20-3 at halftime.

However, despite being punched in the mouth during the first half, the Scarlet Knights came out of the tunnel as the same team that won the first three games of the season, and clawed their way back into the game. Although the offense sputtered again on the first drive, the defense looked far more prepared as they forced a three-and-out on Michigan's first drive of the half. Rutgers then made the game competitive again with a 12-play, 91-yard touchdown drive that saw Vedral complete three straight passes to finish it. The last was a 14-yard touchdown to Aaron Young.

After forcing another punt, Rutgers struck again with an Ambrosio 25-yard field goal to finish a 12-play, 58-yard drive. However, Rutgers' final three drives were full of missed opportunities.

Michigan went three-and-out yet again, and Rutgers drove inside the Michigan 10 looking for the tying score. But a false start penalty would prove crucial as the Scarlet Knights failed to get the ball into the end zone, and the drive ended with no points when Ambrosio missed a 29-yard chip shot. Michigan once again did nothing with the ball, but Rutgers suffered their third failed fourth down conversion of the day when the Wolverines stopped Johnny Langan on 4th-and-2.

Michigan was finally able to move the ball again, as they drove 33 yards in 8 plays and looked to put the game away with another Moody field goal. However, he missed from 47 yards out to give the Scarlet Knights one last chance to tie the game.

Michigan's gift, however, would only last two plays. On the second play, David Ojabo forced a fumble from Vedral and Junior Colson recovered it, ending any hope of a comeback. The Wolverines then ran out the rest of the clock to end the game.

Rutgers has earned plenty of respect despite the loss. As 20 point underdogs, the Scarlet Knights were able to turn what many expected to be a runaway into a game decided on the final drive. Additionally, Michigan led the nation in average rushing yards per game with an incredible 350.3. Rutgers held them to just 112 total.

Regardless, Rutgers has not defeated a ranked opponent since 2009, which was during Greg Schiano's first stint and was also when the Scarlet Knights were still playing in the Big East. But they have another ranked opponent next Saturday; after already making the statement that they can play competitive games against ranked opponents, Rutgers' next step is to seal the deal and win.

Rutgers has faced one side of the greatest rivalry in college football, and next Saturday, they will face the other: the Ohio State Buckeyes, who are ranked 10th in the AP poll. Fortunately, Rutgers will not have to deal with the aggressive crowd in the Horseshoe like they did this Saturday in the Big House. Instead, they will be playing in front of friendly faces on the Banks of the Old Raritan.

Ohio State is a much better team than Michigan, so if Rutgers can play them tough, or find a way to pull off an incredible upset, some of those highs from the first Schiano era can come earlier than expected. 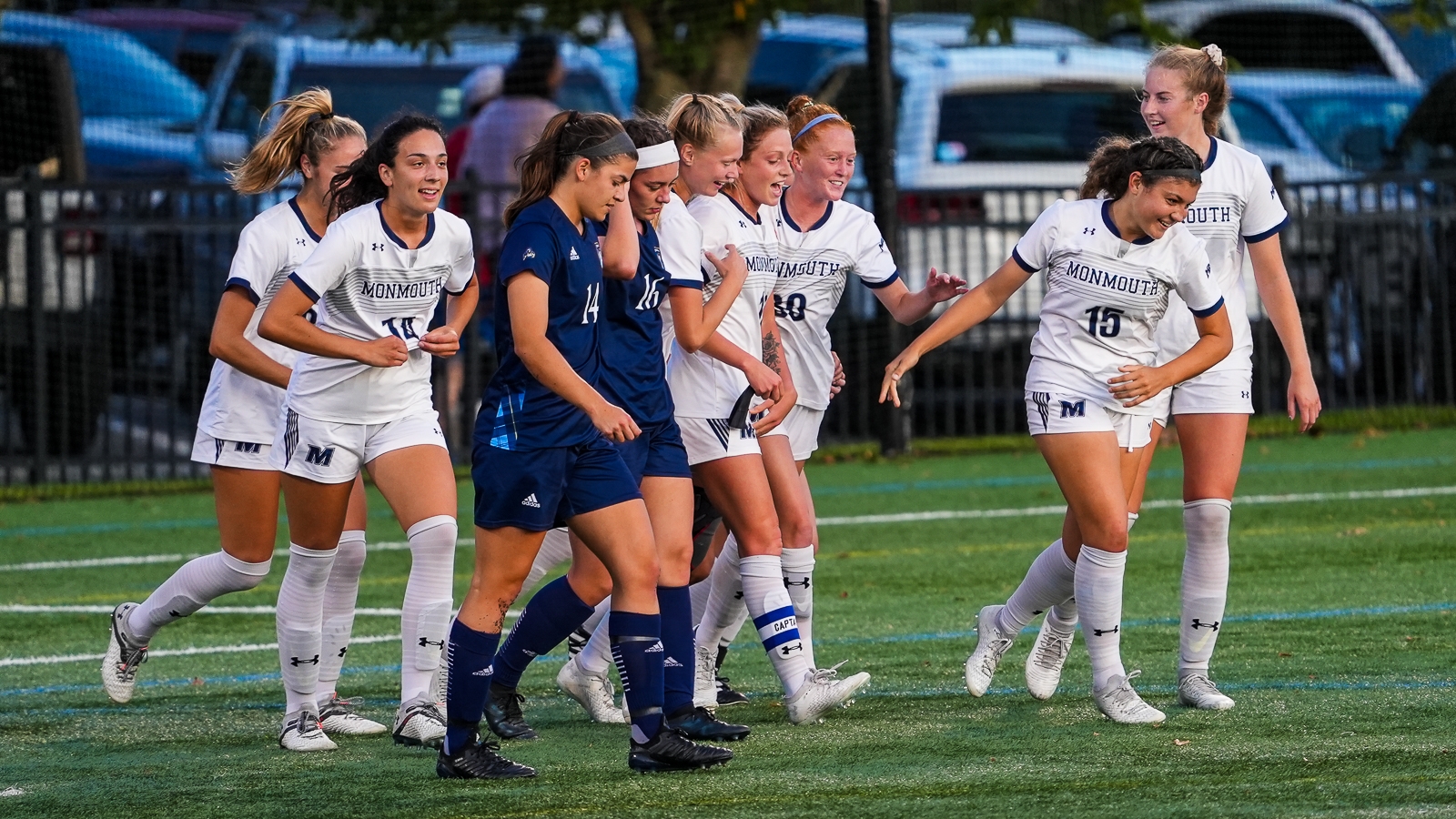 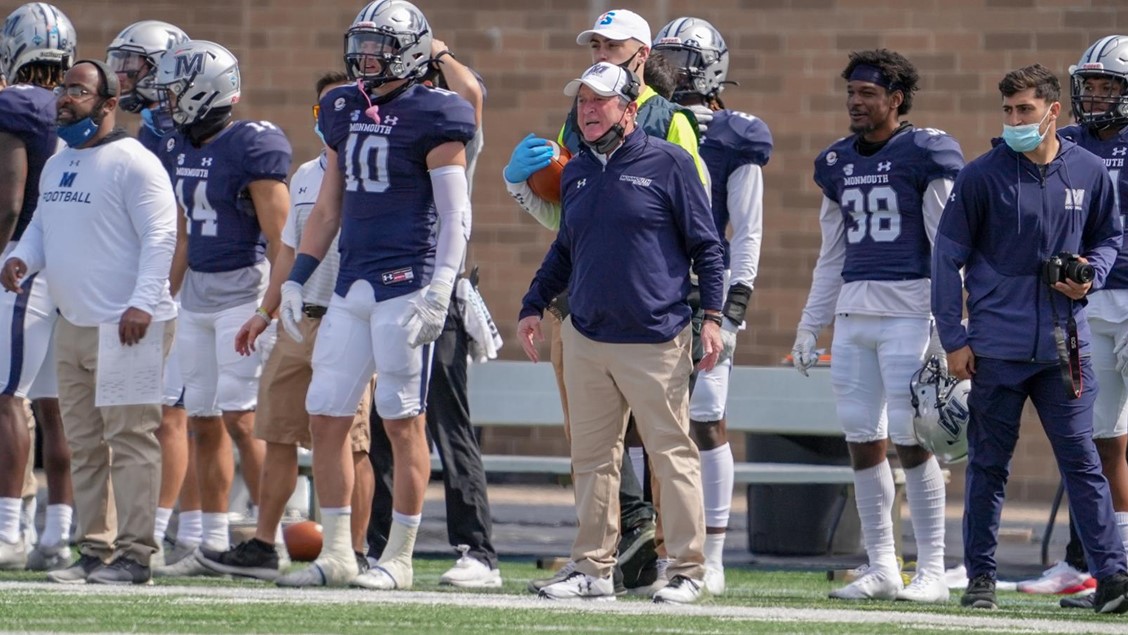