Rutgers Men and Women's Soccer Have Septembers to Remember

Do you remember? Rutgers Scarlet Knights soccer in September?

For the players, both men and women, it's one neither will forget for a while. In the first month of the season for the men, and the second for the women, both teams have gotten off to excellent starts.

Rutgers women's soccer, who were ranked 25th on the preseason AP poll, have risen all the way to 9th on the most recent AP poll. A 6-2 record in September, including a four-game winning streak, will certainly do that. They currently boast an 8-2 record, including a perfect 3-0 in Big Ten play.

Meanwhile, Rutgers men's soccer, even considering their rich history, have gotten off to their best start since 1985. With a 7-1-2 record, including a tie against Maryland, ranked 8th on the AP poll, they have entered the top 25, being ranked 24th by the United Soccer Coaches as of September 26. This was before their scoreless tie against Maryland on Tuesday.

After winning both of their August games, the Lady Knights delivered a 6-0 road beatdown on Monmouth to start the month. Freshman Kylie Daigle scored both the first and second goals of her career to lead the way. Five different players scored, while Monmouth was held to just three shots for the entire match.

Returning to Yurcak Field, the Scarlet Knights dominated La Salle, 5-0. Once again, five different players scored while the opponent had only three shots. This was the fourth straight game Rutgers scored five or more goals

The next game was a tough road loss to Georgetown, who were ranked 24th. Rutgers outshot the Hoyas 10-6, but one goal would be all Georgetown would need.

But from there, the Scarlet Knights kicked it into high gear. Leading scorer Frankie Tagliaferri scored twice in a convincing 4-0 home win over Drexel. Goalkeeper Meagan McClelland made seven saves in the victory.

Next was another ranked showdown against Penn State, but this time, Rutgers emerged victorious in a hard-fought struggle. Becci Fluchel picked the perfect time for her first career goal, as her penalty shot score 80 minutes into the game was the deciding factor in the 2-1 victory.

Allison Lowrey's goal would be all Rutgers would need in a 1-0 win over Nebraska, as McClelland stopped four of the seven shots she faced for the shutout.

Finally, the Scarlet Knights extended their winning streak in the last game of the month, a 2-1 win over Minnesota. In her 100th career game, Tagliaferri recorded her 100th career point and scored her eighth goal of the season.

Tagliaferri leads the team in points with 21, as her eight goals lead the team and her five assists are tied with Tiernan and Amirah Ali for the team lead (goals are worth two points to a player's total). Samantha Kroeger has five goals on the season so far, while Tiernan and Ali each have three.

The Lady Knights look to continue their momentum into October, starting with a Big Ten showdown at Ohio State on October 3.

After a win and a tie in their August matchups (against Delaware and Temple, respectively), goalkeeper Oren Asher posted seven saves against Princeton for his third consecutive shutout to start the year. The only goal of the game was a wacky one, when Cole Sotack ripped a one-timer from Pablo Avila off a Princeton defender, resulting in a nasty deflection into Princeton's net.

Returning home against Mount St. Mary's, sophomore forward Ola Maeland scored the first goal of the game and assisted on the other in a 2-0 win. Asher posted his fourth straight shutout, needing only four saves this time around.

Asher's scoreless streak would come to an end against Lehigh, but the Scarlet Knights' offense rose to the occasion by erasing a 2-1 deficit. Ritchie Barry and Vincent Borden each scored their first goals of the season to tie and win the game, respectively. Team captain Thomas DeVizio assisted on both critical goals.

What followed would be a season-defining upset, as Rutgers earned their first ranked win since 2015 with a stunning, 2-1 road victory over Indiana. Asher once again stymied the opposition, needing only two saves, while a pair of second half goals from Nico Rosamilia and Jackson Temple would prove decisive.

With an ensuing 1-0 victory against Penn, the Scarlet Knights improved to 7-0-1, which was the best start to a season since 1985, a team that finished with an impressive record of 12-3-4. Anthony O'Donnell's first career goal would be the deciding factor, while Asher made his only save of the game in the final seconds of the contest for his fifth shutout of the year.

The unbeaten start would end, however, after a 2-0 loss to Big Ten rival Wisconsin. Although Asher made a pair of saves, the offense was dead silent. Regardless, Rutgers had already made their statement with their long unbeaten start.

Most recently, the offense failed to score again against ranked opponent and Big Ten rival Maryland, but Asher rose to the challenge again, making seven saves for his sixth shutout in Rutgers' first ten games. The scoreless tie against a top 10 team is sure to build even more confidence in this up and coming group.

With a well balanced offense led by Rosamilia's three goals and seven points, along with a microscopic 0.42 GAA from Asher, Rutgers looks to continue their momentum in a Big Ten matchup against Penn State on October 5 in Piscataway.

With a storied history for the men's team, this amazing start to their season has them thinking big. If they can keep winning at their current pace, they have a legitimate chance to make the NCAA tournament and make their best run since 1990, which saw them play in the national championship. Expectations are certainly high.

As for the women's team, they look to continue their own rich history and climb the rankings. Their window for NCAA tournaments are wide open, and a continuation of their winning streak will make them a force for the rest of the season. 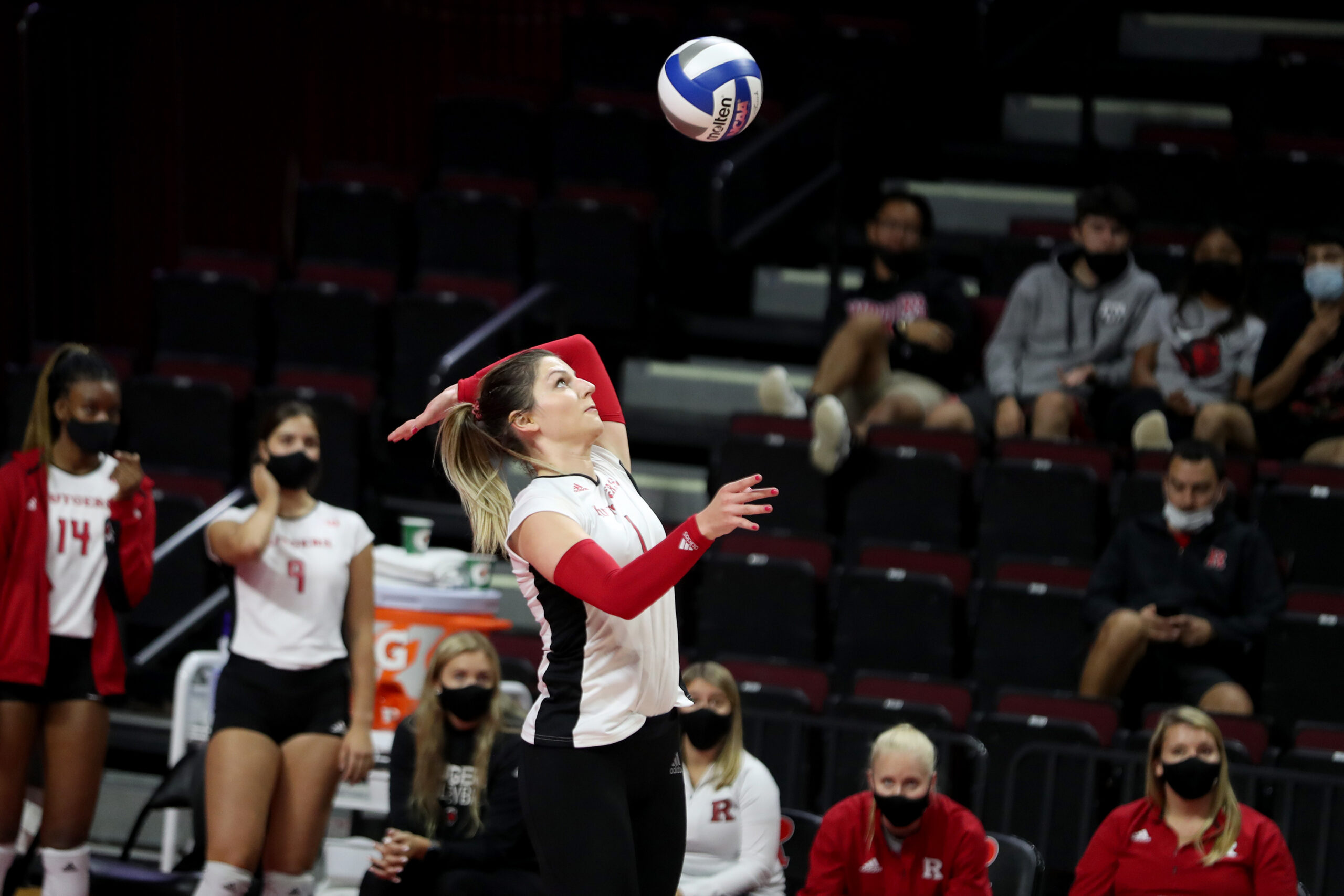 A Recap As Rutgers Volleyball Sets Off ... 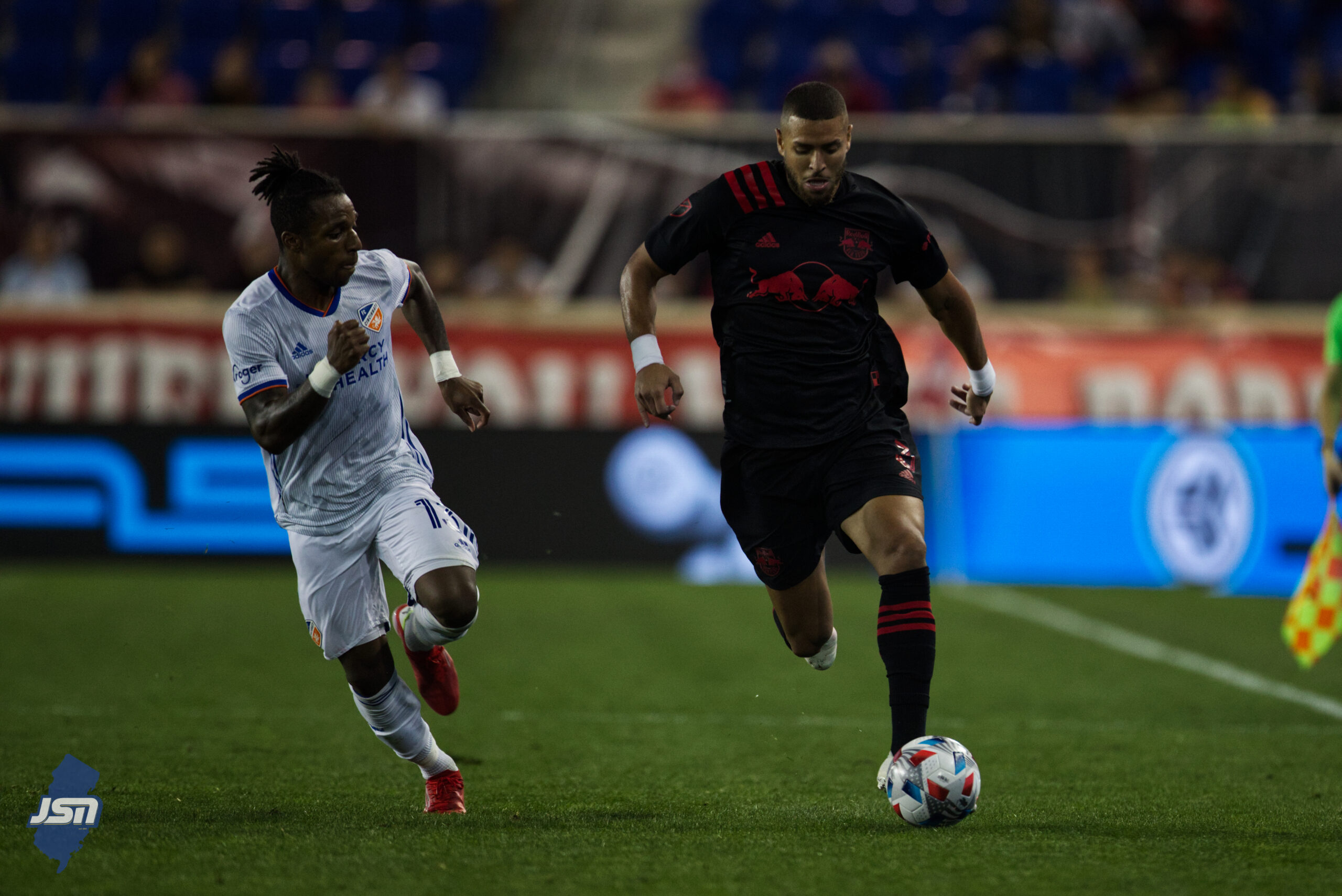 Photo by Wesley Tingey on Unsplash
Next Story