PISCATAWAY, NJ - After hideously playing down to their competition in losses to Lafayette and UMass, both of which ended on back-breaking three pointers, the Rutgers Scarlet Knights men's basketball team needed to bounce back as soon as possible.

And there was no better time to bounce back, as they were facing a legitimately good team this time around.

Rutgers is no stranger to facing the Clemson Tigers. In fact, the last time they faced, Rutgers players stormed the court in Indianapolis after earning their first NCAA Tournament victory since 1983. That historic win was at Clemson's expense.

This season, Clemson looks to return to the Big Dance, just like Rutgers. So, this game at Jersey Mike's Arena had legitimate stakes.

Despite missing the dynamic play of Geo Baker, who was out for a second straight game with a hamstring injury, the Scarlet Knights rose to the occasion and snapped their three-game losing streak with a 74-64 win over the Tigers. Rutgers played their most complete game of the season, as they never trailed by more than two points and held the lead throughout the entire second half. They also drained seven three-pointers, had fewer turnovers than Clemson (including more points off turnovers), and had far fewer fouls (which became especially important in the second half). Perhaps the only area Rutgers was lacking in was free throw percentage, as they made only 15 of their 26 free throws for 58% free throw shooting (as opposed to 14-for-19 and 74% for Clemson).

Rutgers started the game on a 6-0 run before Clemson went on a 7-0 run to give them the lead. From there, points would be fast and furious as both teams were unable to take a lead that was bigger than three points. Despite this back-and-forth nature, PJ Hall's turnaround jumpshot that gave Clemson a 22-20 lead would be the last time the Tigers would have the lead at all, at the 4:39 mark. Only 23 seconds later, Rutgers tied it up on a step-back jumper by Caleb McConnell.

Cliff Omoruyi gave Rutgers the lead with a pair of free throws, before Ian Schieffelin tied the game again with a hook jumper. However, this would be the last time the game would be tied at any point, making it a 24-24 game with 2:45 left in the first half. When Ron Harper Jr. nailed a three-pointer to give Rutgers a 27-24 lead at the 2:27 mark, the Scarlet Knights would have the lead up to the final buzzer of the second half.

Harper Jr.'s three-pointer would be the first of three to close out the half. The second would come on an absolutely electrifying play; Harper Jr., after recovering a turnover from Clemson's David Collins, lost his balance while being defended but was still able to make an accurate pass to Caleb McConnell from his knees. McConnell then flung another accurate pass to Aundre Hyatt behind him, who then drained a perfect shot beyond the arc to put Rutgers up by six and electrify the Piscataway crowd. After Collins made a pair of free throws, McConnell made a three-pointer of his own, giving Rutgers an eight-point lead at halftime, 33-25.

Rutgers appeared to have complete control of the game, as they continued to score at will and held a nine-point lead five minutes into the second half. However, Clemson would suddenly turn the tide with an 8-0 run, as the Scarlet Knights were held scoreless for over four minutes. Al-Amir Dawes nailed consecutive three-pointers that cut Clemson's nine-point deficit to just three, stunning the crowd. A layup by Chase Hunter cut Rutgers' lead to just one, and at this point, uneasiness had set in the student section.

But Clemson would not come any closer.

Once again, it was Ron Harper Jr. who nailed a three-pointer that increased the Scarlet Knights' lead to four and gave them some much-needed breathing room. Naz Bohannon made a layup for Clemson to make it a two-point game, but Cliff Omoruyi responded with a layup of his own before Harper Jr. made another three-pointer to make it a seven-point game.

Both teams then began to score at will, as Clemson was able to keep Rutgers within striking distance but could not come closer than four points. But with four minutes and seven seconds left in regulation and with the Scarlet Knights ahead 60-56, Harper Jr. made a driving layup to make it a six-point game. Far more importantly, however, was that Harper Jr. was fouled by PJ Hall, who had been a major part of Clemson's second half rally but had four personal fouls leading up to his foul on Harper. This not only gave Harper Jr. an extra free throw (which he made to put Rutgers up by seven), but Hall was fouled out of the game.

From that point on the Scarlet Knights were in total control, as their scoring rate continued to increase while Clemson's ability to keep up effectively vanished with the loss of Hall. Perhaps the dagger was an alleyoop from Harper Jr. to Omoruyi, which demoralized the already reeling Tigers and sent the Jersey Mike's Arena crowd into hysterics. Ultimately, Rutgers would emerge victorious by 10 points, 74-64.

Harper Jr. had a spectacular performance, as he dropped 23 points, grabbed nine rebounds, and added three assists. Omoruyi had 11 points and nine rebounds, and McConnell had a huge game with 16 points and six rebounds. Paul Mulcahy did a little bit of everything with five points, seven assists and seven rebounds. Finally, Aundre Hyatt provided 11 points off the bench.

David Collins was Clemson's leading scorer with 18 points and 10 rebounds for a double-double. Hunter Tyson and Hall each had 10 points as well. But while Hall ended up fouling out, Collins and Tyson each had four personal fouls by the end of the game, which limited how physical they could be when playing defense during Rutgers' scoring spree.

Considering the Scarlet Knights were on a three-game losing streak, including two straight buzzer-beating defeats to bad teams (especially to Lafayette), this was a game Rutgers needed badly. If they played down to their competition in the last two games, then this win against Clemson proves that Rutgers can play up to the occasion and against good teams. The competition is only going to get tougher from here as the Scarlet Knights enter Big Ten play, which only makes this win even more important.

The Scarlet Knights take on Illinois on the road on Friday, which is their first matchup this season against a conference opponent. A week after that, Rutgers then faces No. 2 Purdue at Jersey Mike's Arena. 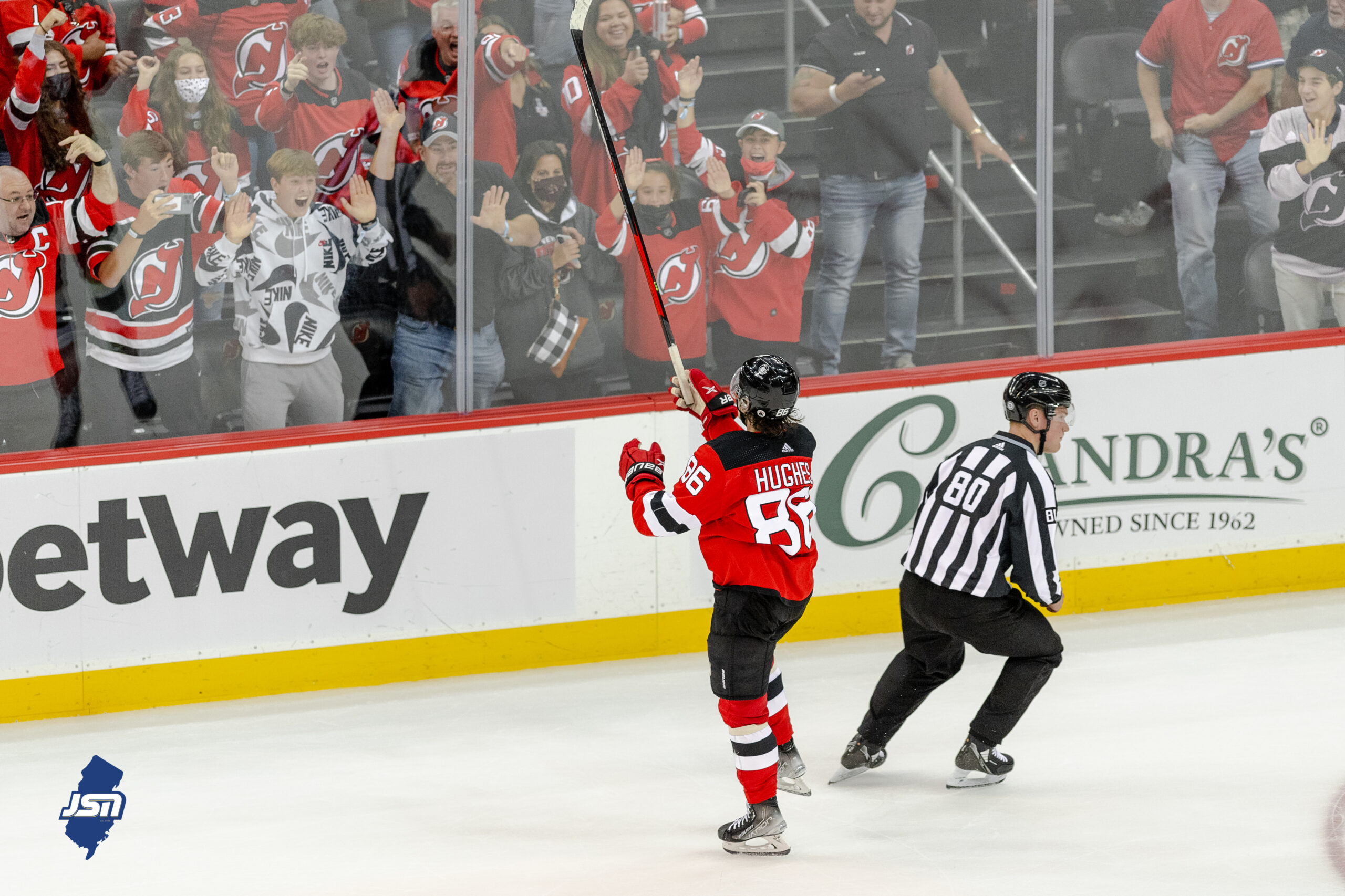 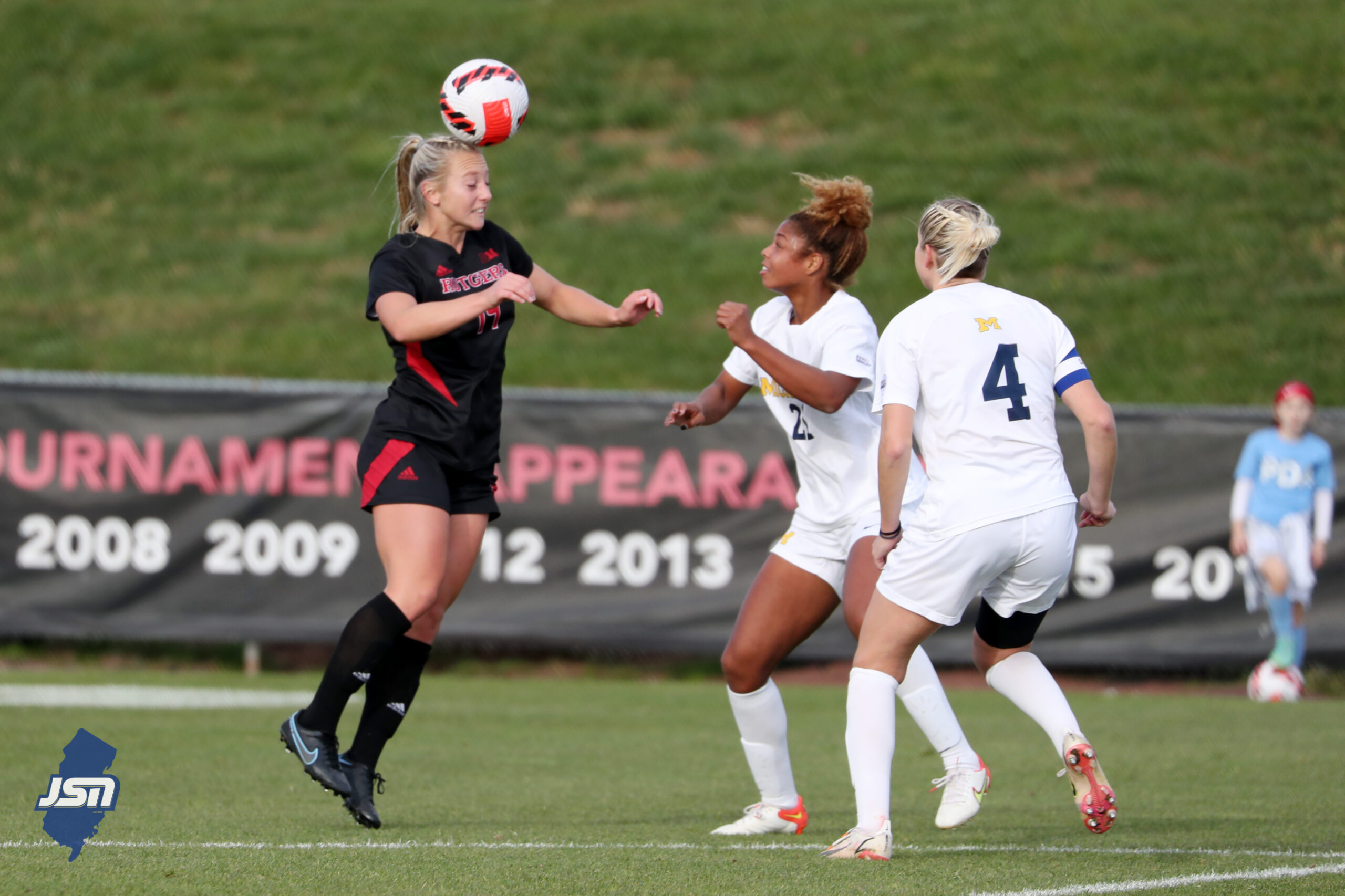