This was the case for the Rutgers Scarlet Knights baseball team, who saw their winning streak end one game short of the program record at 16 straight.

But the winning streak ending isn't the problem...it's that they lost to the Princeton Tigers.

The Tigers are a very bad baseball team. Entering Wednesday, they were 4-24, had a team ERA over eight, and were being outscored by over 100 runs. Their RPI was among the worst in the entire nation, at 285th out of 301 teams. Meanwhile, the Scarlet Knights were ranked No. 8 on Collegiate Baseball Newspaper's rankings and just outside the top 25 on D1Baseball's latest rankings.

But somehow, Princeton upset Rutgers with a 9-7 victory. The Tigers raced to a 6-0 lead and, despite giving up seven unanswered, scored three runs in the last two innings. It was the Tigers' first win against a ranked opponent since 2017.

"Today, we just didn't have enough," Rutgers manager Steve Owens said. "We had to get a couple more outs in the eighth to see what happened and we didn't get it done."

The Scarlet Knights had to play from behind early as spot starter Kyle Muller struggled. Second baseman Noah Granet hit a one-out single, and after the second out, two-way player Matt Scannell hit a two-run home run to open the scoring.

Muller rebounded by striking out Granet and getting left fielder Nadir Lewis to ground out, but another run scored on the last play. Parker Scott then took the mound, pitching for the first time since March 26 at Penn State. Scott was a bit rusty, as he threw a wild pitch for another run but struck out Scannell to finally end the inning.

Although Rutgers trailed 6-0, nobody in the Bainton Field crowd seemed particularly worried. The Scarlet Knights made a five-run comeback against a much better Indiana team on Easter Sunday, so a six-run comeback against one of the country's worst pitching staffs was certainly in the cards.

Scannell had a stress-free first and second inning, but the Scarlet Knights lineup woke up in the third when center fielder Ryan Lasko hit a monstrous solo shot to left-center field. Although they wouldn't score anything else that inning, they still got Scannell off the mound for the rest of the day.

Rutgers roared back against new pitcher Jason Ramirez in the bottom of the fourth inning. Second baseman Josh Kuroda-Grauer sparked the rally with a leadoff double. Designated hitter Jordan Sweeney followed with a single, and Kuroda-Grauer scored on an ensuing fielding error by Lewis. Right fielder Mike Nyisztor then hit a rocket off of Ramirez's leg for an infield single, and catcher Jason Shockley, still playing for the injured Nick Cimillo, laid down a perfect sacrifice bunt to advance the runners. With Lasko up, Ramirez then balked to score Sweeney and move Nyisztor to third. Lasko and DiGeorgio were both plunked to load the bases before third baseman Tony Santa Maria and first baseman Chris Brito hit back-to-back doubles that scored two runs each. The Scarlet Knights had turned their once 6-0 deficit into a 7-6 lead.

Rutgers had all the momentum in the game, especially when left fielder Evan Sleight added a highlight-reel play in the fifth by robbing Granet of a game-tying home run. Parker, despite his long layoff, was pitching brilliantly. He would go 4 1/3 innings and allow just one hit and one walk while striking out eight. He retired the first 11 batters he faced.

There was just one problem, though. Rutgers could not increase their lead, as Reece Rabin was completely shutting them down. What made it strange was that Rabin's numbers were awful this season, with an ERA over 10. But somehow, Rabin was throwing the game of his life, as the Scarlet Knights couldn't mount anything resembling a rally.

Sam Portnoy and Joe Mazza combined for a scoreless seventh inning, but Princeton struck back in the eighth. Mazza got the first out before Owens made a pitching change, sending in right-hander Nate McLain to face the righty-swinging DiPietrantonio. But McLain promptly served up a game-tying home run to the Tigers' third baseman, resulting in Jared Bellissimo entering and getting the last two outs of the frame.

With one out and two runners on base, with the go-ahead run in scoring position, Owens strangely decided not to play for the lefty-lefty matchup. Princeton's next two batters, Lewis and Scannell (the latter having moved from pitcher to designated hitter), were left-handed, and Rutgers had arguably the best closer in the Big Ten, southpaw Dale Stanavich, well-rested and available. But Owens, likely wanting to save Stanavich for Rutgers' upcoming weekend series against Iowa, decided to leave French in the game.

Although French was one of the Scarlet Knights' most dependable relievers, the decision to leave him in backfired heavily. He struck out Lewis for the second out, but Scannell hit a back-breaking, two-run double into the left-center field gap to give Princeton a 9-7 lead and put Rutgers down for the count.

The Scarlet Knights may have been no stranger to dramatic comebacks, but they had completely run out of magic on this day. Rabin retired the side in order in the ninth to end the game and Rutgers' nation-long 16-game winning streak. Rabin pitched 5 2/3 innings of scoreless relief while allowing only one hit.

The unfortunate reality for teams looking to contend is that while beating bad teams means little, losing to bad teams means everything. The main reason why Rutgers controversially wasn't ranked in the top 25 on D1Baseball's rankings was because of their strength of schedule, having not played enough quality opponents. Losing to such a terrible team in Princeton effectively ruined the Scarlet Knights' ranked status from here on out, but their RPI will suffer tremendously.

Because of Rutgers' strength of schedule, their RPI was only ranked 42nd in the nation. While still being in the Top 50 is impressive, it wasn't high enough for Rutgers to be ranked by most media outlets. On the other hand, Princeton had one of the worst RPIs, ranking 285th out of the 301 Division 1 teams. So the fact that the Scarlet Knights lost to such a low-ranking team will undoubtedly tank their rating, likely knocking them out of the top 50. RPI rating is also critical to earning bids to the NCAA Baseball Tournament, so it is imperative for Rutgers to make up the huge rating difference that Wednesday's upset will create. They haven't qualified for the NCAA Tournament since 2007 (the days of Todd Frazier), so losing a bid because of this loss would be devastating.

Manager Steve Owens has pushed all the right buttons this season but not going to Stanavich to stop Princeton's ninth-inning rally should be questioned. He's done a great job this season, but considering the consequences of losing to such a bad team, this was a serious mistake.

Fortunately for the Scarlet Knights, they still have the best conference record in the Big Ten at 11-1, and while their record dropped to 31-7, they still lead Maryland (who are currently ranked in the Top 25 due to their superior RPI) in overall record by a half-game. Even better is that Rutgers plays Maryland on Mother's Day weekend, so if the Scarlet Knights can at least take two out of three from the Terrapins, the difference from the Princeton game could be made up. Unfortunately, if Rutgers would be able to beat Maryland without losing to Princeton, a Top 10 rank in the country could have been possible, and needless to say, that's not happening because of Wednesday's result.

But that's just baseball. Just look at the Major Leagues. The perennially mighty New York Yankees lost a series to the walking doormat known as the Baltimore Orioles. Upsets happen all the time in this great game. The timing of the upset makes this one painful for Rutgers, and now all they can do is shake this off.

This weekend, a huge conference series starts at Bainton Field as the Scarlet Knights take on the Iowa Hawkeyes. The Hawkeyes have the second-lowest team ERA in the Big Ten (behind only Rutgers) and are building momentum with a five-game winning streak. Rutgers needs to take this series to remain at the top of the Big Ten. 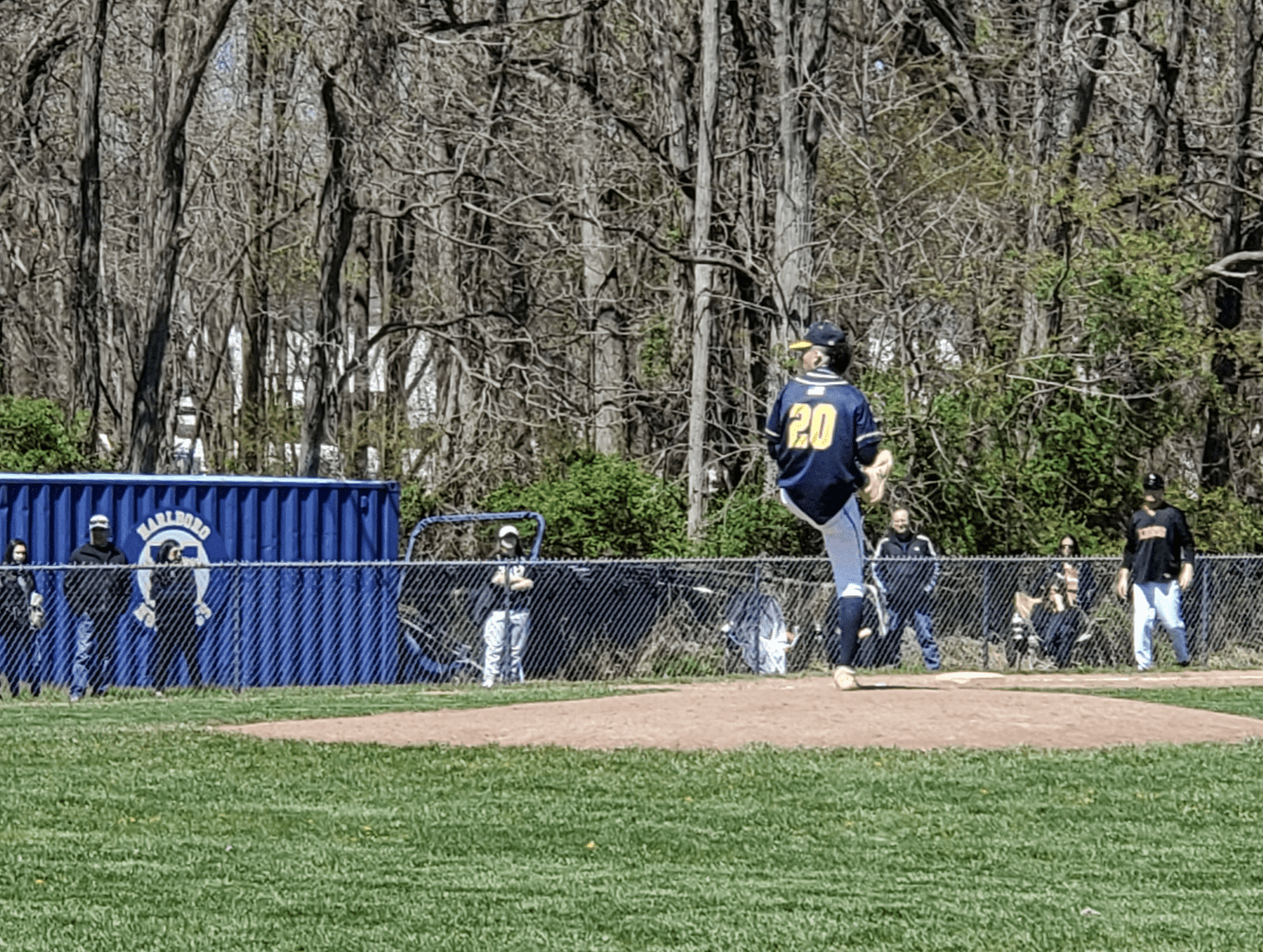 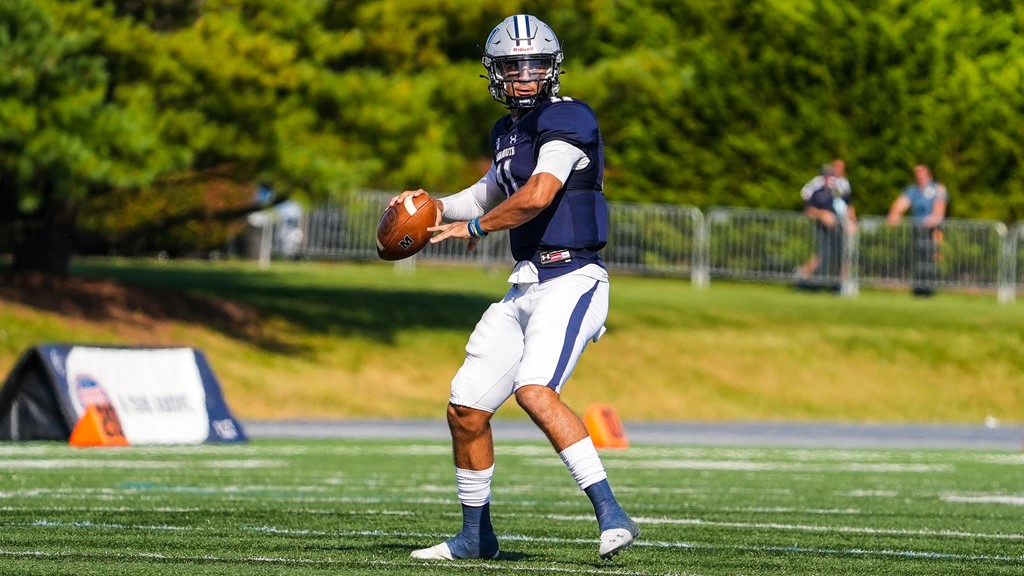 For Monmouth QB Tony Muskett - The ...