Rutgers Women's Soccer Pulls out win in the Dying Minutes

On Sept. 11, Rutgers women's soccer took on the LSU Tigers for a non-conference matchup. The Scarlet Knights eventually came up with the win after Sam Kroeger smashed the ball into the back of the net for the winning goal. Rutgers now has an impressive 8-0 record to start the season.

The entire first half of the game saw a Rutgers squad that looked like a completely different team than how they've played. There was little communication, few chances to switch the field and attack and little to no midfield presence when needed. Their attack had few chances but mainly consisted of long balls over the top or long through balls to the attackers. LSU had a significant build-up in the first half and made all of their passes count throughout the half. They switched the ball plenty of times to find space and had a high press forcing Rutgers to make mistakes in the back line.

LSU goalkeeper Mollee Swift had an outstanding game as well. She had five saves throughout the game and two crucial saves in the first half to keep the Scarlet Knights off the board going into halftime.

Swift's first save was recorded about two minutes into the game. Rutgers' Riley Tiernan went one versus one against Swift and when she shot the ball, the LSU keeper came up with a big-time kick save to keep the score even.

About two minutes later, LSU was on the board. Angelina Thoreson played the ball across the box where it was saved by a diving Meagan McClelland. The rebound wasn't quite ideal, and Alesia Garcia took one touch to put the ball in the back of the net. LSU was now leading 1-0.

At the 11:06 mark, LSU got their second of the game. After a bad defensive giveaway by Kassidy Banks, Ida Hermannsdottir slotted a driven ball to the left corner of the net. McClelland got her fingertips on it, but it wasn't enough to keep the ball out of the back of the net.

Going into halftime, Rutgers was trailing 2-0 and needed some real changes if they wanted to win this game.

Four minutes into the second halftime, the Scarlet Knights scored their first goal of the game. Tiernan tried to cross the ball into the box, but it was deflected, landing at Kroeger's feet. She took the ball and slotted it right passed Swift to make the score 2-1.

Later at the 73:33 mark, Rutgers scored once again. Giana Romano played the ball to Kylie Daigle who took a touch and struck a curling ball from outside the box where it went right under the crossbar and into the net. The game was now tied 2-2 after the strike from Daigle.

Kylie Daigle is DANGEROUS. We erase the two-goal deficit and we're tied at 2-2!#WeNeverStop /// #ForeverRutgers pic.twitter.com/DLdIxUPiie

For the winning goal of the game, the Tiernan-Kroeger duo struck again. Tiernan played the ball to Kroger who struck the ball perfectly from outside the box into the opposite upper 90. After that stunning strike, the Scarlet Knights were now in the lead.

Tiernan's two assists adds to her career tally of 19. Kroeger's two goals bring her goal tally to 12 over her collegiate career. Kroeger has also recorded her second-ever career brace in this match, making it two braces in three games.

Rutgers came out of the game with a 3-2 win and an 8-0 record. The team really stepped it up in the second half to be able to secure the win with two phenomenal strikes.

What's Up Next for Rutgers 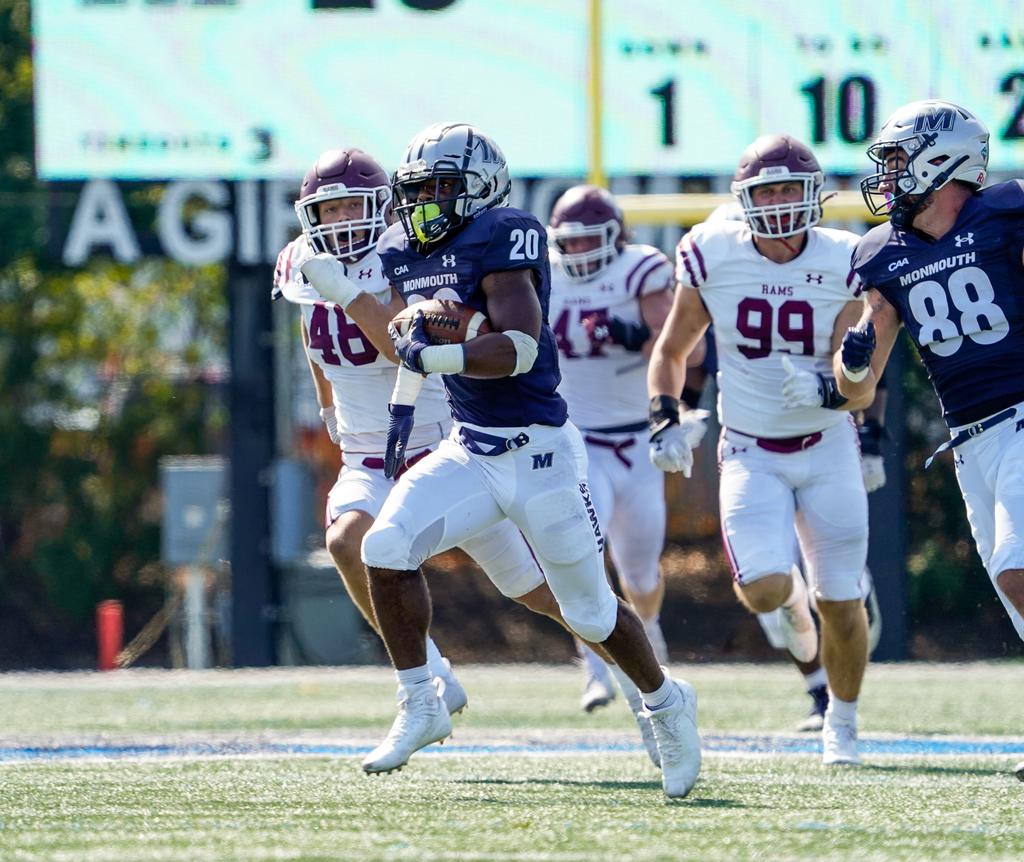