The Devils entered Monday night's matchup with the Washington Capitals riding a three-game winning streak after seemingly righting the ship following two straight losses to open the season. They began the game quickly buzzing in the offensive zone and creating turnovers and chances by using their superior speed and quickness off the forecheck. Almost immediately Goaltender Mackenzie Blackwood (named one of the NHL 3 stars of the week) stopped future Hall of Famer Alexander Ovechkin on a breakaway and the Devils using the forecheck were rewarded with an early goal that came off the stick of Nathan Bastian 4:49 into the first period assisted by John Marino.

Bastian, along with Marino, were consistently the best players all night for the Devils and followed his own shot to slot the rebound home to give the Devils the early lead. The Devils failed to capitalize on the early lead, giving up an equalizer before the close of the period, entering intermission tied at one despite a 13-7 shot advantage and the better of the play for large parts of the period.

Unfortunately for the Devils the second period was disaster.  Marked by sloppy play in their defensive zone and penalties in the offensive zone the Devils were their own worst enemies and directly contributed to three of the four Capitals goals in the period.  In all, the Devils gave up five unanswered goals. After the game, Captain Nico Hischier agreed that the Devils failed to play a full 60 minutes and that the let downs lead to break downs which resulted in goals.

"We had a hard time finding our legs and they made us pay," Hischier said after the game.  Ruff lamented the team failing to continue to forecheck aggressively, "We create a lot of pressure on our forecheck, just keep creating that pressure and you don't feel their offense."

The outcome swung largely on a seven-minute stretch in the second period where the Devils gave up two pairs of goals within a minute of each other. The first goal that gave the Caps the lead for good was by Garnet Hathaway who swooped in and stole the puck after a misplay by Defenseman Damon Severson skated directly to goal and put the puck in off of Blackwood's left shoulder using Brendan Smith as a screen.  Less than a minute later, while on a power play, Jesper Bratt made an ill-advised cross ice pass in the defensive zone that was intercepted by Conor Sheary who then ripped a shorthanded snapshot past Blackwood high stick side.

"The shorthanded goal cost us dearly. We had a chance to change momentum," Ruff said after the game.

The Capitals were not finished winning the special teams battle as seven minutes later, future Hall of Famer Alexander Ovechkin was left alone for a one timer from the right dot which he buried to increase the lead to 4-1.  33 seconds later the Caps lit the lamp a fourth time as Defenseman Nick Jensen beat Blackwood from the point with a shot that ricocheted off the post and in.  Blackwood appeared to again be screened on the play.

Entering the third period, the Devils pulled Blackwood in favor of Vitek Vanecek and mounted an aggressive comeback attempt. Tomas Tatar found an early goal to give the Devils life, his first of the season. The Devils pulled within two goals on an ambitious stretch pass from Marino that walked Bratt in all alone where he beat Charlie Lindgren for his first goal of the season, keeping his point streak alive at six games (1 G 8A). The Devils again could not cash in on a third period power play and Lindgren stuffed Yegor Sharangovich on the doorstep effectively ending the Devils comeback before Vanecek gave up a late, meaningless goal to end the game 6-3.

Ruff was blunt in the post-game, "The game is 5-3, and they got a power play goal and a shorthanded goal that is the difference in the game."

Center Jack Hughes entered the season with high expectations. Many around the league were expecting him to reclaim his more than a point per game pace of last season and vie for 90-100 points on the season.  Thus far, despite leading the forwards in ice time and high danger chances, Hughes has failed to deliver results totaling just three points in the first six games. Hughes tied for the team lead in shots on goal but again failed to tally a point and ended up -3 on the night. The Devils need Hughes to breakthrough and become a scoring force if they are to take the next step.

Ruff spoke to the process Hughes is going through and the lessons he still has yet to learn, "I thought Jack had a rough game. It was a 1-1 game; it was a tight game still. We lost some of our discipline with our defensive zone play. He was a part of that. So, it's just details you know, he's getting the chances in the first five games he probably led our team in chances but in a game where you're not getting much and maybe you don't have your A game then you've got to go to your B game. Which is a game that is much simpler."

If the Devils are going to find consistency, they will need Hughes to start capitalizing on his opportunities.

After being named the NHL Third Star of the Week, Blackwood entered the game in a groove having gone 3-0 in his last three contests. He began the game in good form stopping four early attempts from Ovechkin including a breakaway and open shots from in front of the net. Throughout the game though Blackwood was consistently let down by the players in front of him turning the puck over in dangerous areas, screening the goaltender, and leaving hall of famers open at their preferred shooting areas.

While the advanced stats pegged the expected goals at only 1.87 that number is difficult to reconcile when you consider the poor play of the defense in front of him and how often Blackwood was hung out to dry. When asked to place blame on Blackwood's performance both Hischier and Ruff railed against such a suggestion, instead choosing to blame the mistakes made in front of him.

Ruff was adamant in defending Blackwood, "I really don't want to talk about our goaltender because I think some, if you really want to look at and address where the breakdowns are, then why do we have to talk about Mackenzie."

The Devils will travel to Detroit tonight to play the Red Wings for the second time in ten days and look to win the second half of a back-to-back.

Defenseman John Marino advised that having a short memory is important in these situations and that having to play the next day is something that allows them to turn the page, "That's the good thing about an 82-game schedule, there's always the next game." 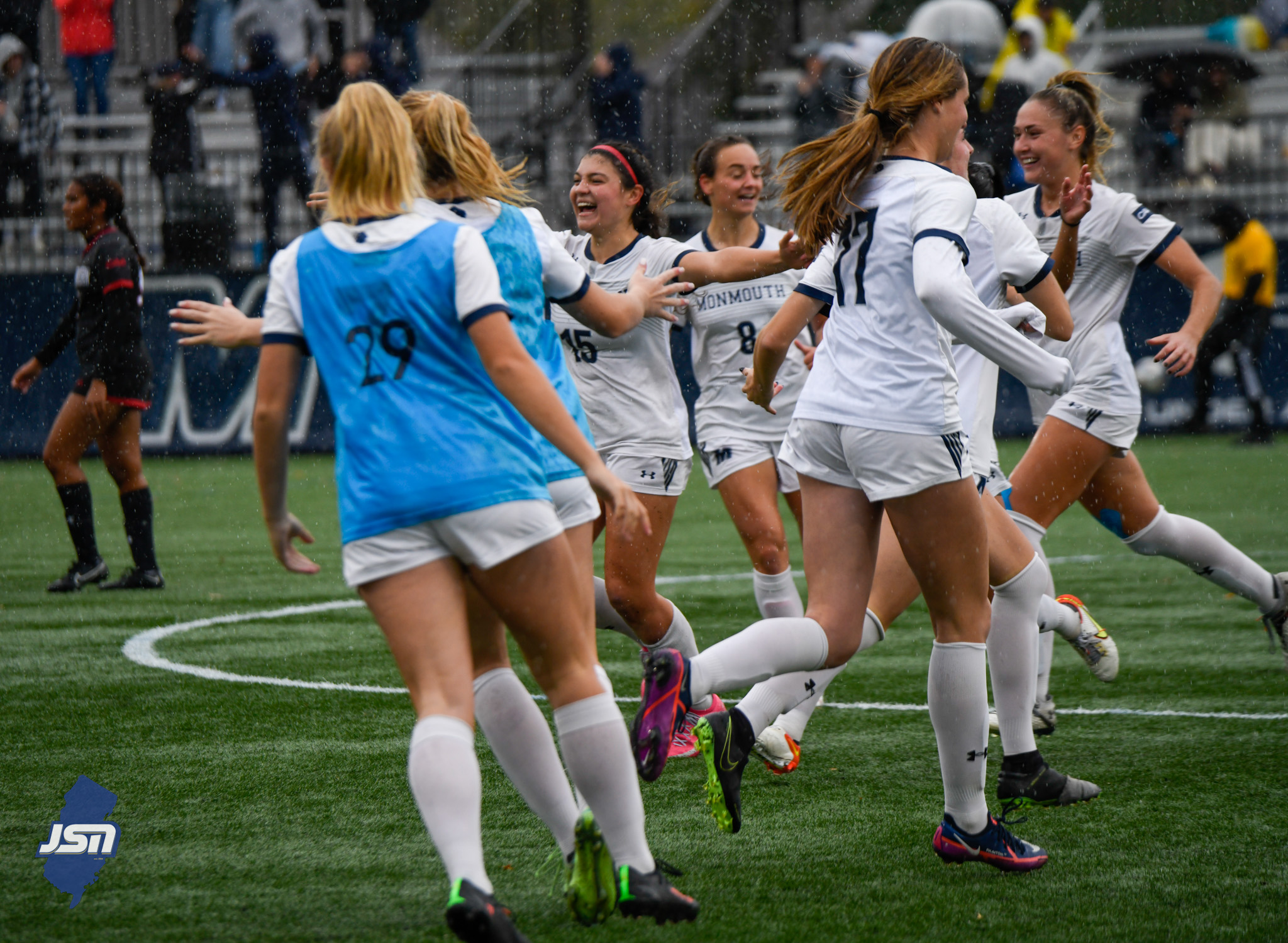 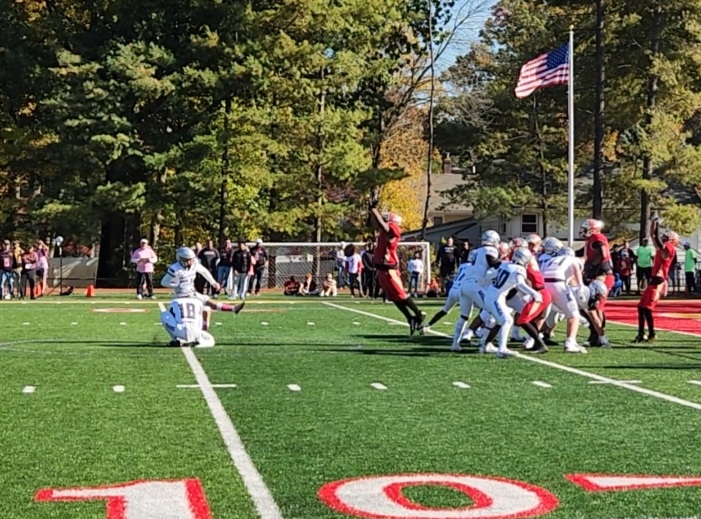