Home›Golf›Competition shakes up second round of Cognizant Founders Cup

Competition shakes up second round of Cognizant Founders Cup

Cloudy skies opened to start the second round of the Cognizant Founders Cup, but that did not stop the close competition throughout the day. All 144 athletes went into their rounds on Friday knowing the potential to get cut was ahead. The repeated sentiment among many players was to finish under par and continue the momentum they had picked up in round one.

As the day began, standings shifted immediately. Minjee Lee pulled ahead from her tied position in seventh to first, where she stayed to close out the day after firing a 9-under 63 in the second round of the Cognizant Founders Cup to hold the 36-hole lead/co-lead for the eighth time in her LPGA Tour career. She began her front nine with four birdies in the first six holes of the round.

"I'm really dialed in. That has always been my strength, my iron play, so I think in that aspect I was pretty confident before anyway, but I've been trying to work on my putting a little bit," said Lee. "I know the numbers dropped a little bit there so I have a little bit more work to do, but been going pretty good this week."

Lexi Thompson, another big name who was in seventh at the end of day one, secured a three-way tie for second. Tied alongside her to finish the day sat Madelene Sagstrom, dropping down to second after leading on Thursday, and Ally Ewing, who shot -11 under 66. 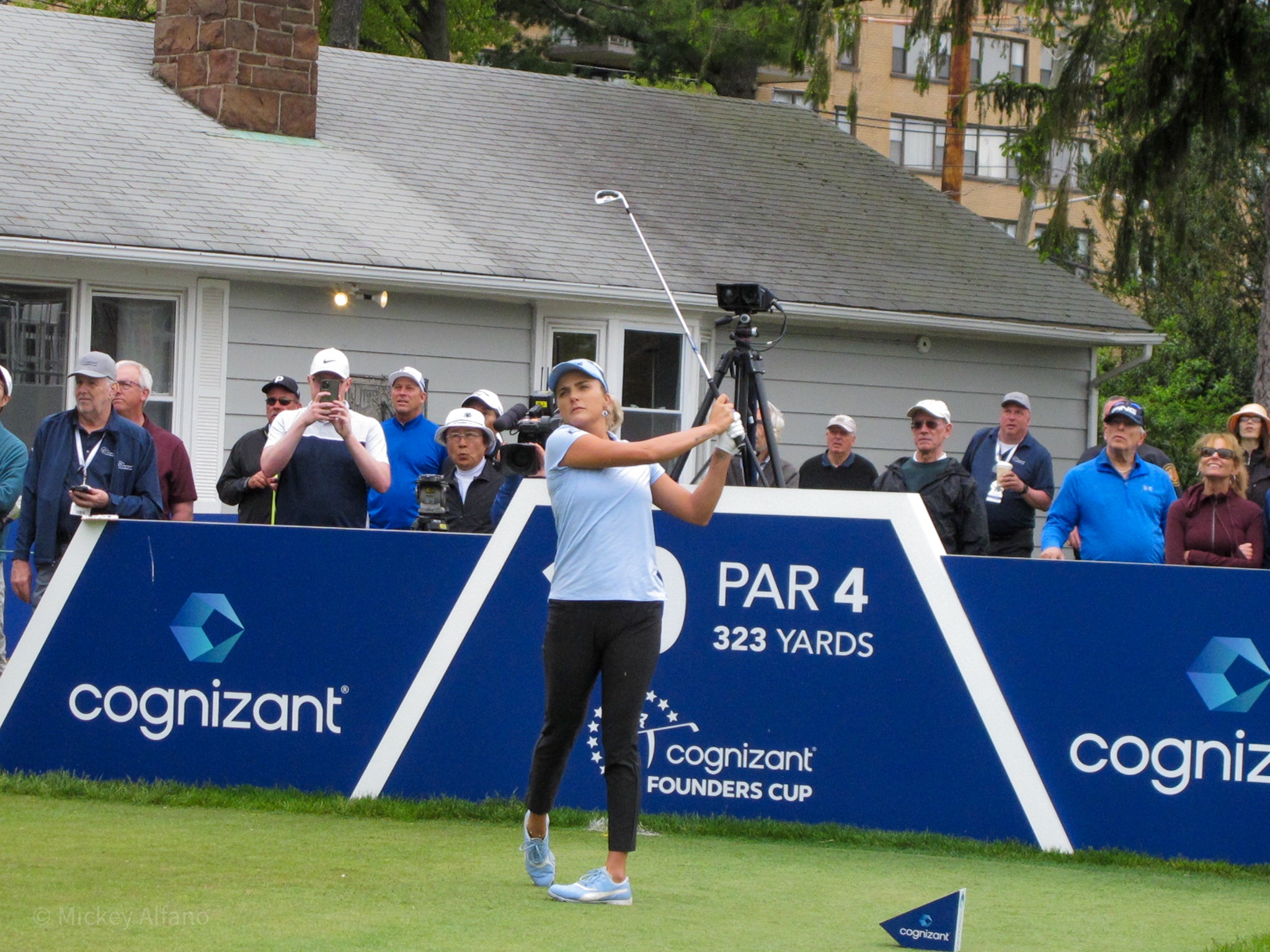 Lexi Thompson tees off at the 10th to go into the back nine of play. (Photo by Michaela Alfano)

Other notable names in the standings included Megan Khang, who dropped down to a tie for sixth after finishing in second yesterday, and LPGA Tour rookie Sanna Nuutinen recorded a 4-under 68 to sit in solo fifth at -9.

When asked about the level of competition on the course and if it was tough to win, Thompson went on to say, "..The talent out here is truly amazing. I mean, it's tough to win." By the time the afternoon rounds kicked off, 93 players were at least even or under par, an incredible number on such a challenging course.

When round two concluded, 63 players were cut going into the weekend. Marina Alex, Stacy Lewis, and Lakareber Abe were just some of the names to miss the cut. Marina Alex, who attended Wayne Hills High School, had a rocky start and could not come back today, finishing +2 above par on the first two rounds of the week.

Abe was one of the sponsor invitees along with Anna Davis, who made the cut in a tie for 32nd shooting -4 under 70. This marked Abe's first LPGA tournament and going into the week, she spoke about the impact of playing alongside players she grew up watching.

"A lot of girls drop out of sports, so seeing a lot of girls continue to play golf and being around them and being able to compete against them is a big deal," said Abe, who later added her thoughts on the growing diversity in golf, "I think if you look at junior, amateur golf, college golf, there's a lot more diversity, and I think the depth of women's golf has grown tremendously over the past few years. I definitely think it will continue."

Saturday action at the LPGA Cognizant Founders Cup begins bright and early. Coverage can be seen aired on the Golf Channel from 5-7 p.m. It can also be found on the NBC Sports App from 4-7 p.m. 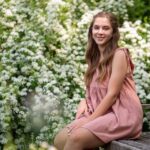 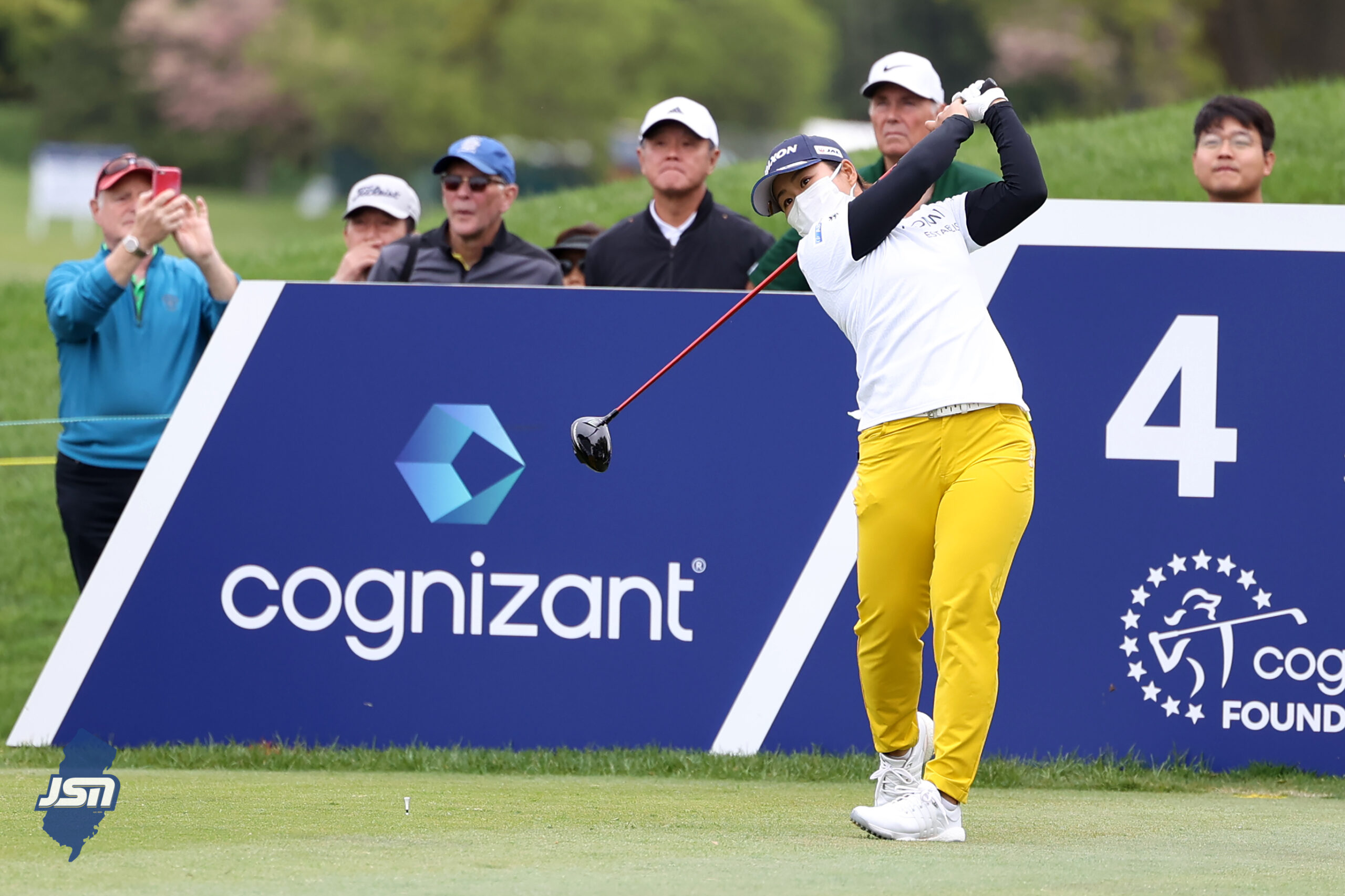 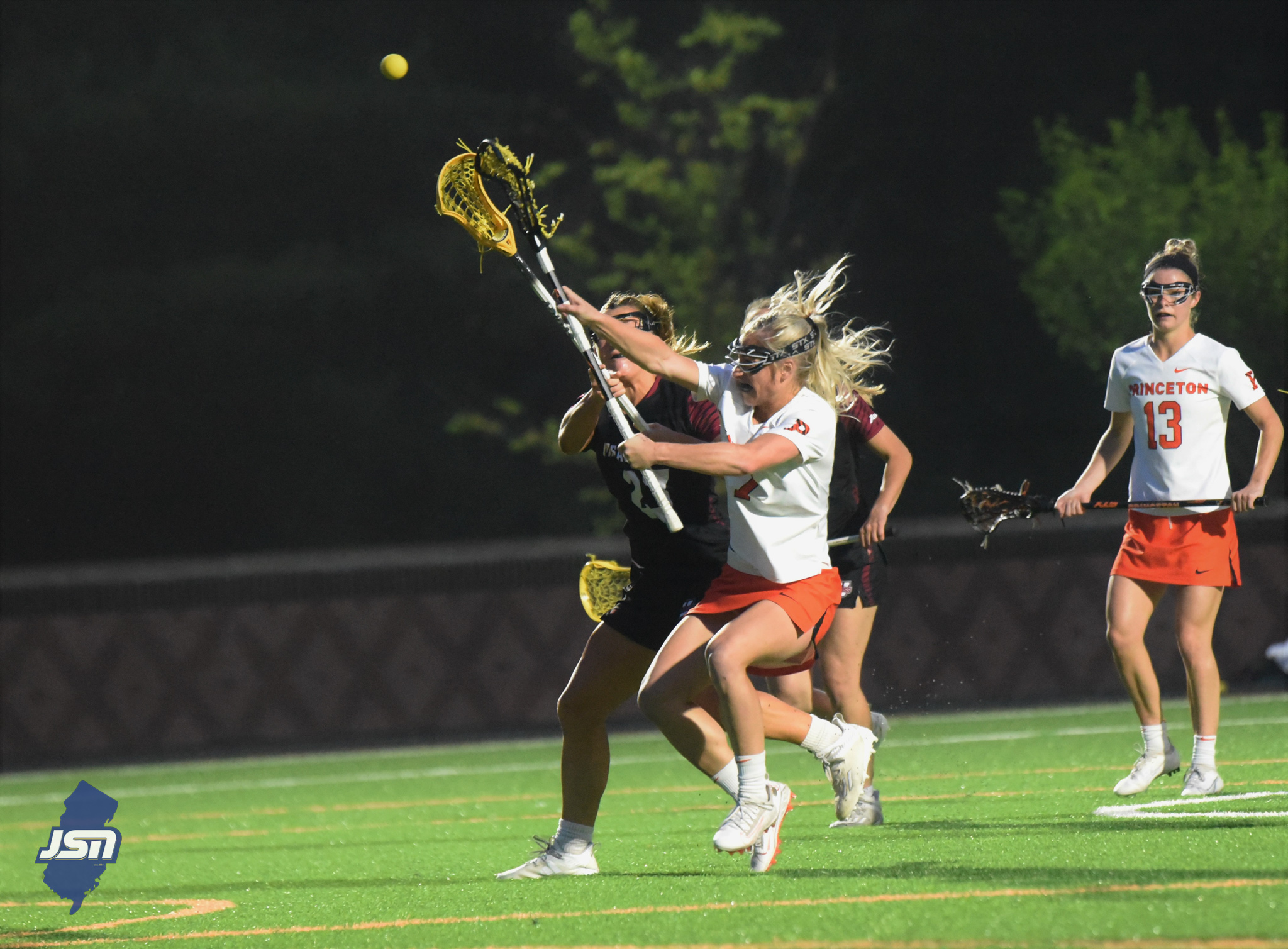