The following four teams all earned their NJSIAA championship crowns a year ago, along with Toms River North, which captured the Shore Conference Tournament championship over Red Bank Catholic.  As many great players and coaches know however, once you raise that championship trophy you are now the hunted and team to beat.

Shore Regional, which defeated Point Pleasant Beach, 2-0, in the Group 1 final before falling to Audubon, 2-1, in the Group 1 championship game, has been a dominant force over the past seven seasons.  The model of excellence for many programs at the Shore Conference, coach George Moutis continued to plug in player after player due to graduations and injuries.  This season the Blue Devils will look to reload once again following their 17-6 record a year ago and loss of Shore Conference leading goal scorer Frankie McDonough (23).  Leading the way will be senior Julia Eichenbaum, who was second in scoring to with 22 goals.  Another constant fixture for Shore Regional has been the stellar play in goal over the seven-year run, and this season the Blue Devils look to sophomore Parker Grimm, who made six appearances last season making 24 saves.

Brick Township finally broke through to championship glory last season with a dramatic weather-filled, penalty kick shootout victory over Hopewell Valley for their first title in 22 years. The Dragons return a host of talent this season with their dynamic duo of Reese Beggs and Abby Kennelly returning with their combined 28 goals and 16 assists from last season. Tierney Garkowski returns to anchor the defense that allowed just 27 goals last season. The Dragons will get a new face in goal after the graduation of Molly Tully.  Brick Township will look to take control of the always tough A South division but will have plenty of competition from Toms River North, Toms River South and Jackson Memorial.

Middletown North was the team to beat all season long last year and they just about conquered all their goals for the season.  The Lions finished 2018 with a record of 21-2, capturing B North with a 7-0 mark, fell short of the Shore Conference title, losing to Toms River North, 2-1, in the semifinal; regrouped and captured their first Sectional title since 2005 with a 3-1 victory over Cranford before falling in their final game of the season in a heartbreaker to perennial power Northern Highlands, 1-0, in the Group 3 final.  The Lions are primed for another run, returning 32 goals from their offensive workhorses in Darien Rinn and Ashley Dietrich.  Where the Lions will feel the biggest change is in net where they lost the veteran leadership and production from Hailey Martin who graduated last year with four years of play that included 517 career saves.

St. Rose, always a constant threat at the Shore Conference level, made its mark at the state level last season capturing its first Sectional title since 2010.  The Purple Roses pounded on their younger B Central opponents finishing 15-3 overall and 5-0 in division play, outscoring their opponents, 28-2.  This season St. Rose returns the always dangerous Julianne Leskauskas, who on her high school career has 50 goals and 17 assists.  Leskauskas, along with Caroline Caputo and Gabrielle Hueth, will lead another high-powered offense that returns with 47 combined goals.

A North will be loaded with talent once again this season with the return of eight players from the All Conference team a year ago in Victoria Tzitzis and Alexandra O’Hare from Marlboro, Briana Ramirez from Manalapan, Ryann Leohner and Anna Priborkina from Freehold Township, Madison Grayson from Long Branch, Caitlin Gresko from Howell and Gabriella Casale from Freehold Boro.  Freehold Township, always tough in any contest, looks to build on its 14-win season with the return of Leohner and Priborkina, who combined for 17 goals last season.  Middletown South and Howell will both be looking to challenge Freehold Township for the top spot in the division with the return of many younger players on both squads that saw valuable playing time a year ago. South comes off an 8-9-4 season and returns its leading scorers in Emma Laudisi and Katie Coyle, who combined for 22 goals.  Howell enters on the heels of a 4-12 record that does not represent the effort and work ethic the Rebels have. Look for the Rebels to be focused and tighter as a group this season and turn some heads.  Prediction: Middletown South

A Central, from top to bottom was tough game all last season and 2019 should be no different.  Red Bank Catholic will have some holes to fill losing a lot to graduation, but the Caseys return their leading scorer from a year ago in Morgan Cupo.  Cupo, now a sophomore, will need to be the veteran leader on offense and off the field, but something tells me from watching her last season she will have no problem with that task.  Shore Regional will be another strong team this season.  Eichenbaum has plenty of big game experience and will look to continue the high-powered offense we have come to watch from Shore Regional over the years.  Never count out the Rumson-Fair Haven Bulldogs who every year seem to be the team no one talks about and yet is always in the mix.  This season they will not be so quiet as they return their top three leading goal scorers in Ellen Daly, Morgan Hobson and Chase Boyle.  Prediction: Shore Regional

A South, also known as the black and blue division, will once again be one of the hardest divisions. Toms River North and Brick Township will once again be the teams to beat, with Jackson Memorial and Toms River South closing in on them.  North turned many heads late last season, knocking off heavily favored Middletown North in the Shore Conference Tournament semifinal and then capturing the championship against Red Bank Catholic. This season coach Tom Miller has another strong lineup with the returning leadership of Alexa Peto, Emily Royson and Paige Farley.  Brick Township returns their potent offense of Beggs and Kennelly and will once again be competing for another section title as well as Shore Conference and state titles.  Jackson Memorial and Toms River South will both be in the mix thanks in large part to their younger lineups that faced plenty of experience last season.  Keep an eye on the Indians’ Rylee Spakowski, Shayla Scully and Hannah Olexa who return to the offense with a combined 11 goals and 15 assists.  For Jackson Memorial, Jessica Wanzor, Jessica Smink, Natalie Knauf and Krista Louro will be leaned on heavily from coach Sean Bayha to get the Jags back to the top of the division.  Prediction… Toms River North

B North should once again go through Middletown North with the Lions returning a solid core of both offensive and defensive players.  The key question for North will be the void left in goal. Matawan might be poised to take a run at the Lions this season after a successful 2018 campaign that saw the Huskies make it to the Central Jersey Group 2 final, losing to powerhouse Governor Livingston, 2-1.  The Huskies return one of the top keepers in the Shore in senior Kelly Lambertson, who sits at 333 saves for her high school career.  Prediction… Middletown North

B Central had strong representation at the state level last season in St. Rose, Trinity Hall and Point Pleasant Beach and will look to continue their runs again this season.  St. Rose was the lone state sectional winner knocking off Trinity Hall in a tough 1-0 contest.  The Purple Roses return a bulk of their lineup highlighted by Rutgers commit Leskauskas who finished second in scoring with 22 goals behind Shore’s McDonough. Add another year of experience and togetherness and this year’s team should be competing for Shore Conference Tournament and Non-Public titles.  On St. Rose’s heels and eager to get to work this season is Point Pleasant Beach, which finished last season with a record of 17-3 and lost to Shore Regional in the Central Jersey Group 1 final, 2-0.  The Garnet Gulls return one of the toughest offensive lineups at the Shore in Abby Angelucci, Emma Acanfora and Sarah Shwahia, who  combined for 46 goals 31 assists.  Prediction… St. Rose

B South was in a rebuild year last season as several teams, after successful 2017 campaigns, came back to the pack.  Look for Pinelands and Point Pleasant Boro to be the front-runners to battle for the division. Pinelands will be led by the school’s all-time leading scorer, senior Aileen Cahill with 59 career goals, and Sunni DiElmo with nine goals and nine assists last season. Goalkeeper Brenna DeVoe will be the anchor for the Wildcats once again, returning off a 100-save season and 370 for her career.  Point Boro will look to get back to championship form and will lean on their defensive leader in Megan Feehan.  The Panthers offensively will rely on junior Heather Van Deventer who returns with 11 goals and 10 assists a year ago.  Prediction… Pinelands 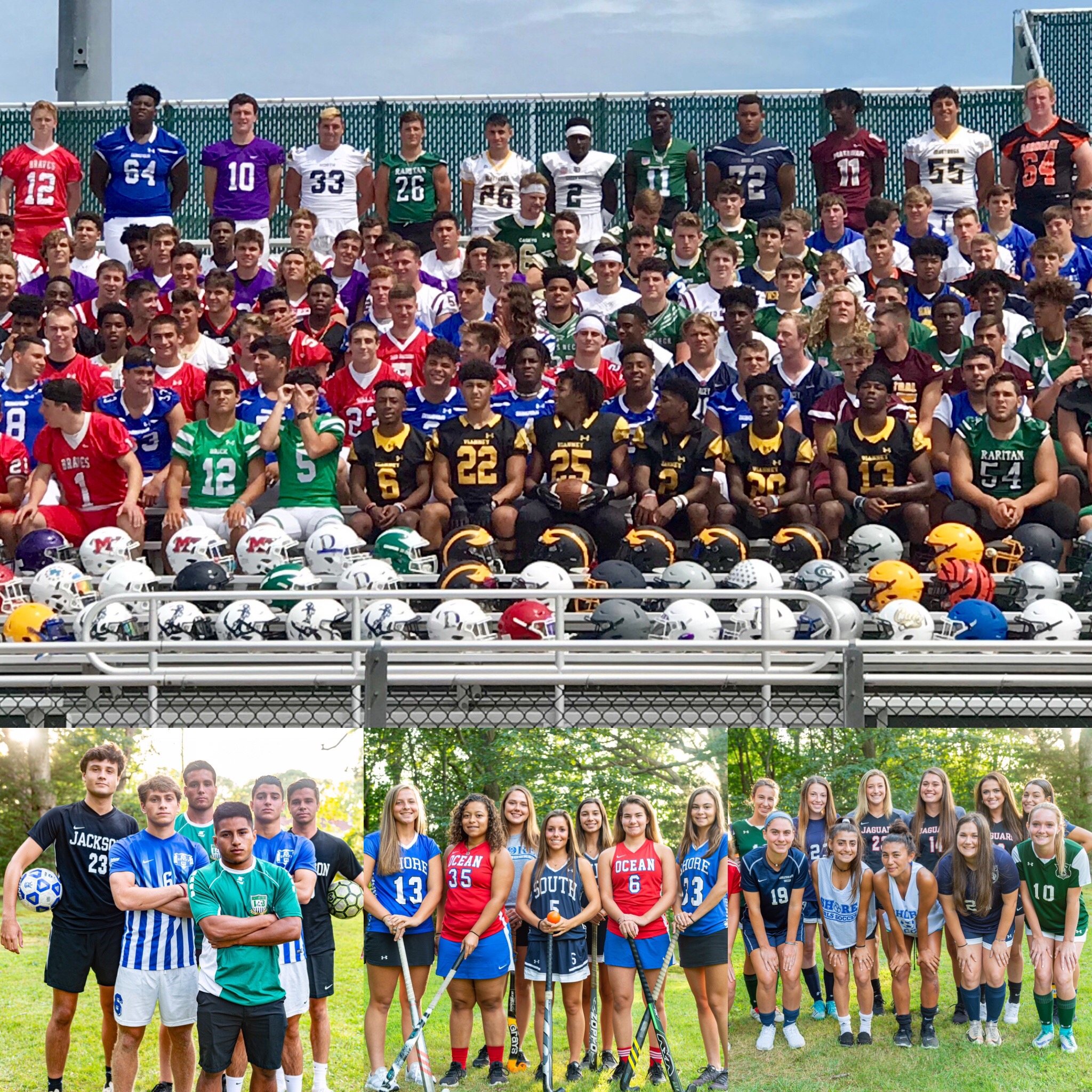 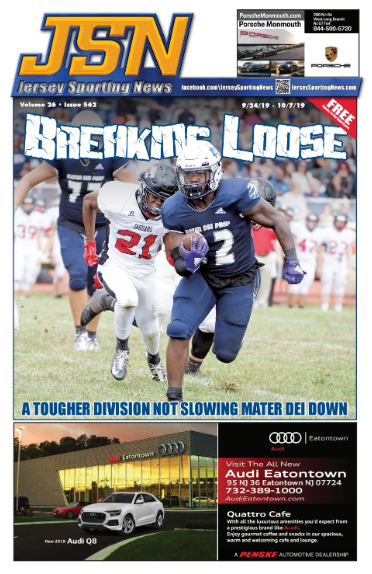